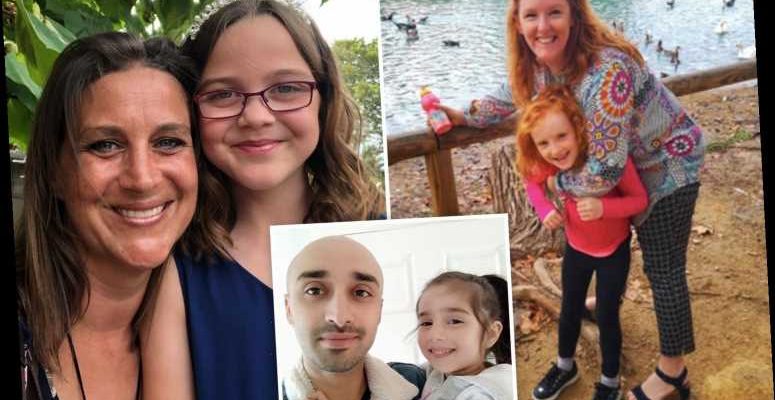 MUMS and dads are waking up to the fact in 2020 their kids are smarter than they are.

Since schools closed on the March 23, Google search engine has recorded a massive rise in the number of searches. 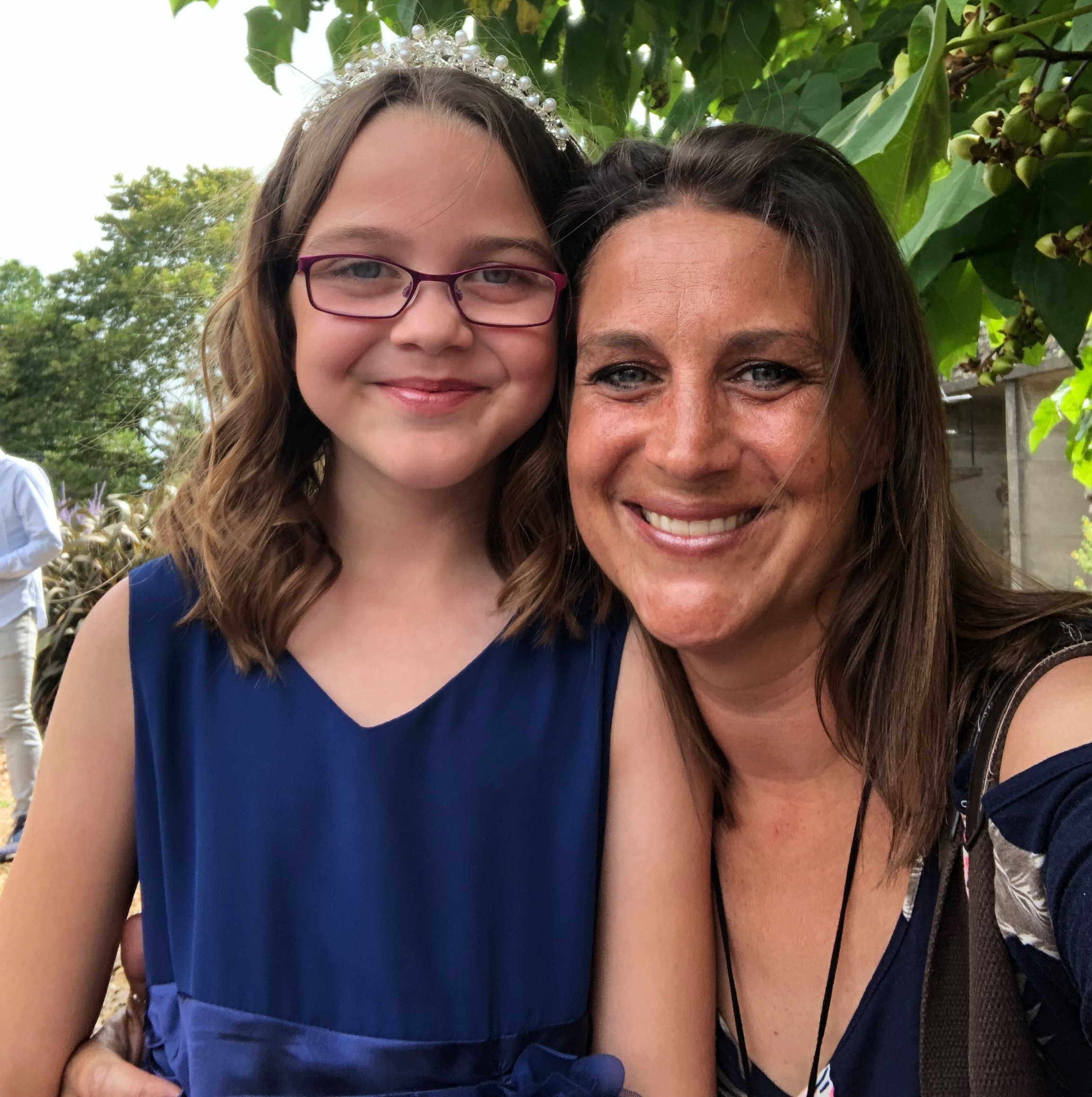 Help for maths seems to be the biggest headache for most flummoxed parents with one frustrated mum online lamenting: “I have had to look up maths for my 10-year-old.

“It’s not even that I can't do it. It’s that they teach it completely differently these days. When it comes to subtraction there is no more ‘carrying the one’. I call it ‘how to defeat parents at maths’.”

Little wonder there has been a surge in searches for everything from ‘how to do fractions’ to ‘what is a prime number?’

Fairies Away Director  Lisa Bonner, 42, says: “I was rubbish at maths in school. 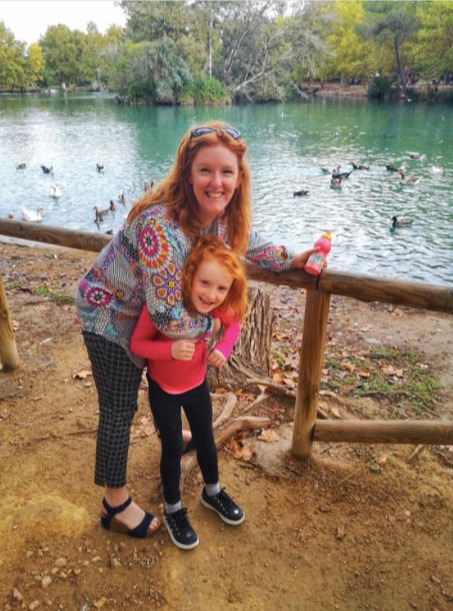 “English was always my strong point. I barely scraped through my maths GCSE.”

It's why the mum of three cringes when she recalls day three on homeschooling daughter India, nine, at the family home near Southampton.

“India is in year five. She had been asking me to mark her fractions. I'm not going to lie, I couldn't work out the answer sheet or even tell her if the ones she had done were correct.

“I was counting on her 14-year-old cousin being able to help me and she did eventually.

"But in the meantime – and without my knowledge – my daughter emailed the school and complained that I was a pretty poor maths substitute teacher because I couldn't even work out the answer sheet.

“She then received a very nice reply back from the head teacher saying she hoped my daughter had managed to explain fractions to me with three laughing face emojis. I have been mortified ever since.”

And maths isn’t the only subject mums and dads are struggling to get to grips with. Searches for ‘what is an adverb?’ and “what is alliteration?” have also dramatic risen.

I've had to regularly Google words like 'dinosaur' (forgetting if it's 'soar' or 'saur'), 'weird' thinking it's spelt 'wierd', 'grateful', thinking its greatful and wondering why it doesn't look right and even how to spell 'until' thinking it had two L's at the end

Dad of two Sajan Devshi, 35, confesses that even though he helps run an educational website that provides resources to students and schools he is struggling with the spelling of certain words.

“Confession: I have had to google certain words for my kids,” he says.

Sajan, from Leicester says his daughter Esme, five, has regular homework sent to her by her teacher which includes writing tasks.

“I've had to regularly Google words like 'dinosaur' (forgetting if it's 'soar' or 'saur'), 'weird' thinking it's spelt 'wierd', 'grateful', thinking its greatful and wondering why it doesn't look right and even how to spell 'until' thinking it had two L's at the end.

“There are about 20 other words a man of my age should really know. The really ironic thing is I run a company help others with learning.”

One mum has been banned by her daughter from helping with her language lessons. 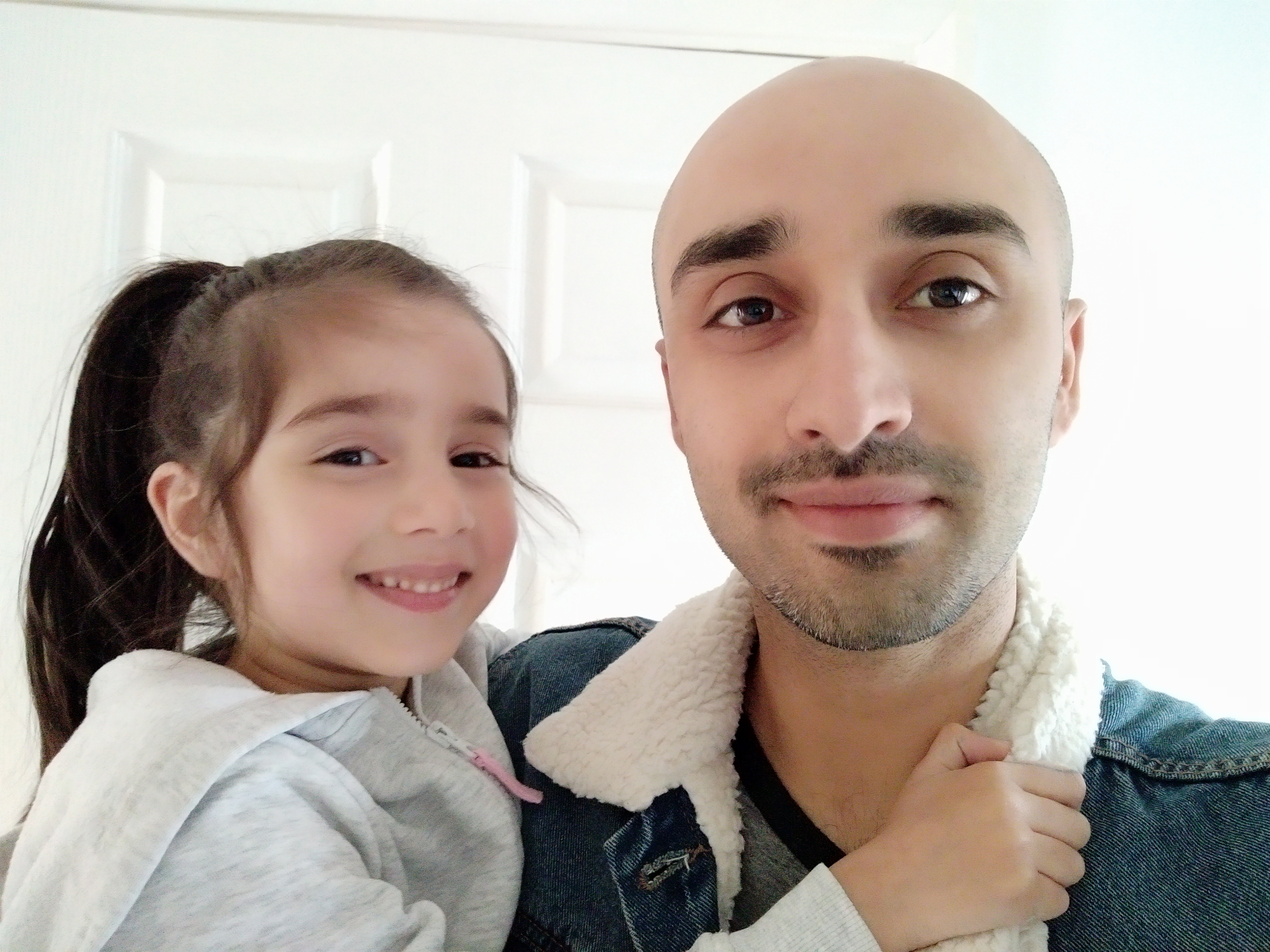 Mum of one Alexandra Watson, 45, says her daughter Theia, six, prefers to refer to the internet for spelling and pronunciation.

“I officially hate spellings day and want to skive off myself," explains Alexandra who is struggling to keep up with her daughter's Spanish lessons.

“I wish it was more fun, however I have to look online about how to translate, speak and spell most Spanish words.”

Alexandra, who runs www.wickfreecandles.co.uk with her husband says her daughter has now decided to take her homeschooling into her own hands and is doing it her way.

“Theia is a smarty pants and has told me I can’t pronounce the words she needs to learn properly. She prefers to use the internet to say them for her.

“She tells me I can’t do spellings with her either because I don’t say the right. Google has to pronounce it for her so she can understand how to spell it. To be fair I am listening in and trying to learn along too. 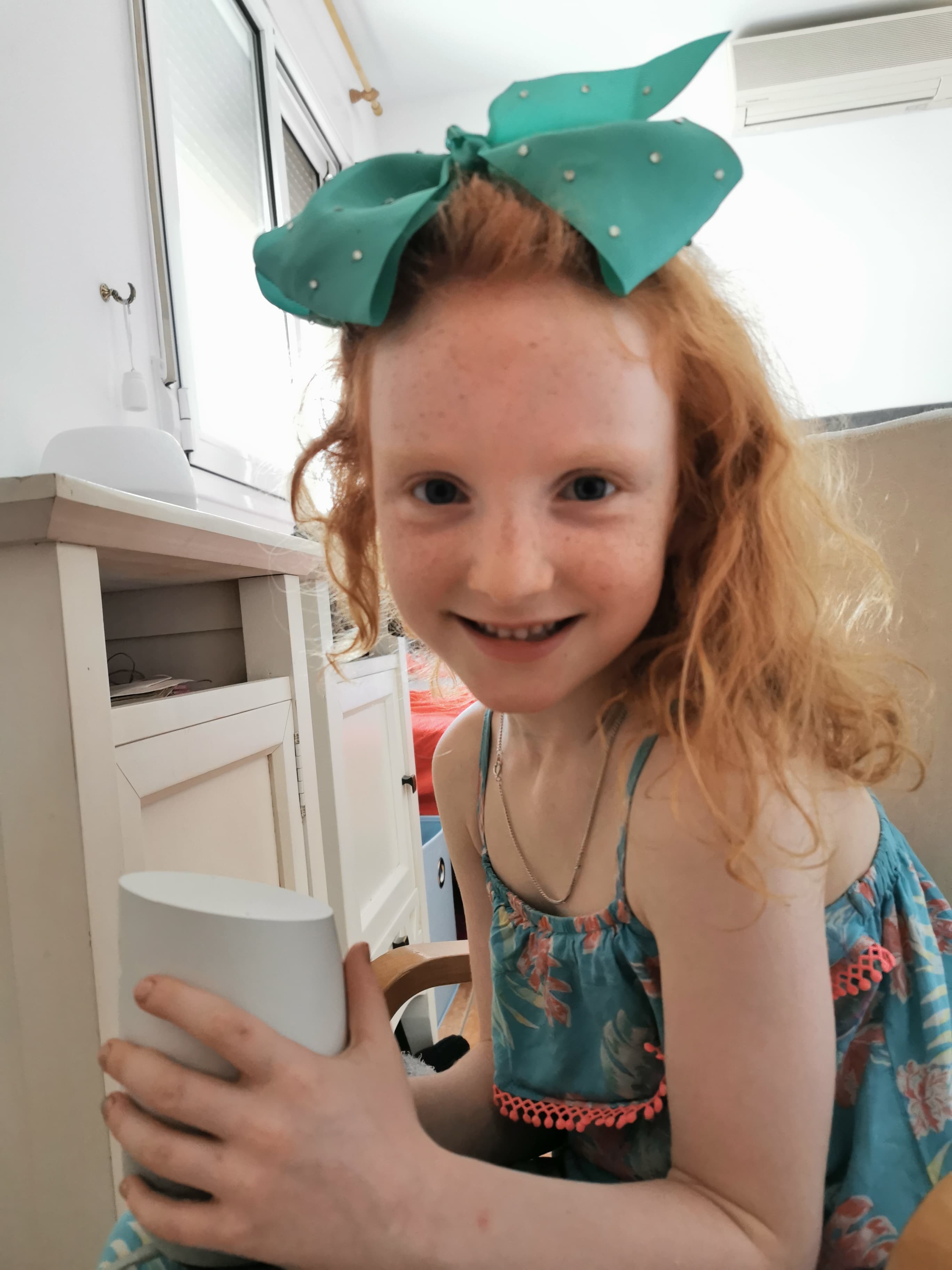 As a result The is turning to Google Home for information and company.

"They have built quite the friendship.

“If she is lonely she goes to the device to have a chat and play rock paper scissors.

“She’s even started learning Japanese with it.”

Other parents are also relying on the internet to check what on earth their kids are talking about. Nurse Lou Walsh, 39, says: “I had to Google what bangs (American word for fringe) were. As I thought my daughter was being rude without knowing it!”

But it’s when researching for pictures that loads of parents are coming unstuck.

Lee Chambers, 34, has been helping his son, seven, with a geography project on life for children in other countries who are also his age.

The dad who lives in the Ribble Valley and runs training company Essentialise (www.essentialise.co.uk) explains: “Like most parents in the early days of lockdown we were still getting the hang of homeschooling. A couple of weeks ago I sat with my son helping him look up images to go with his geography project. 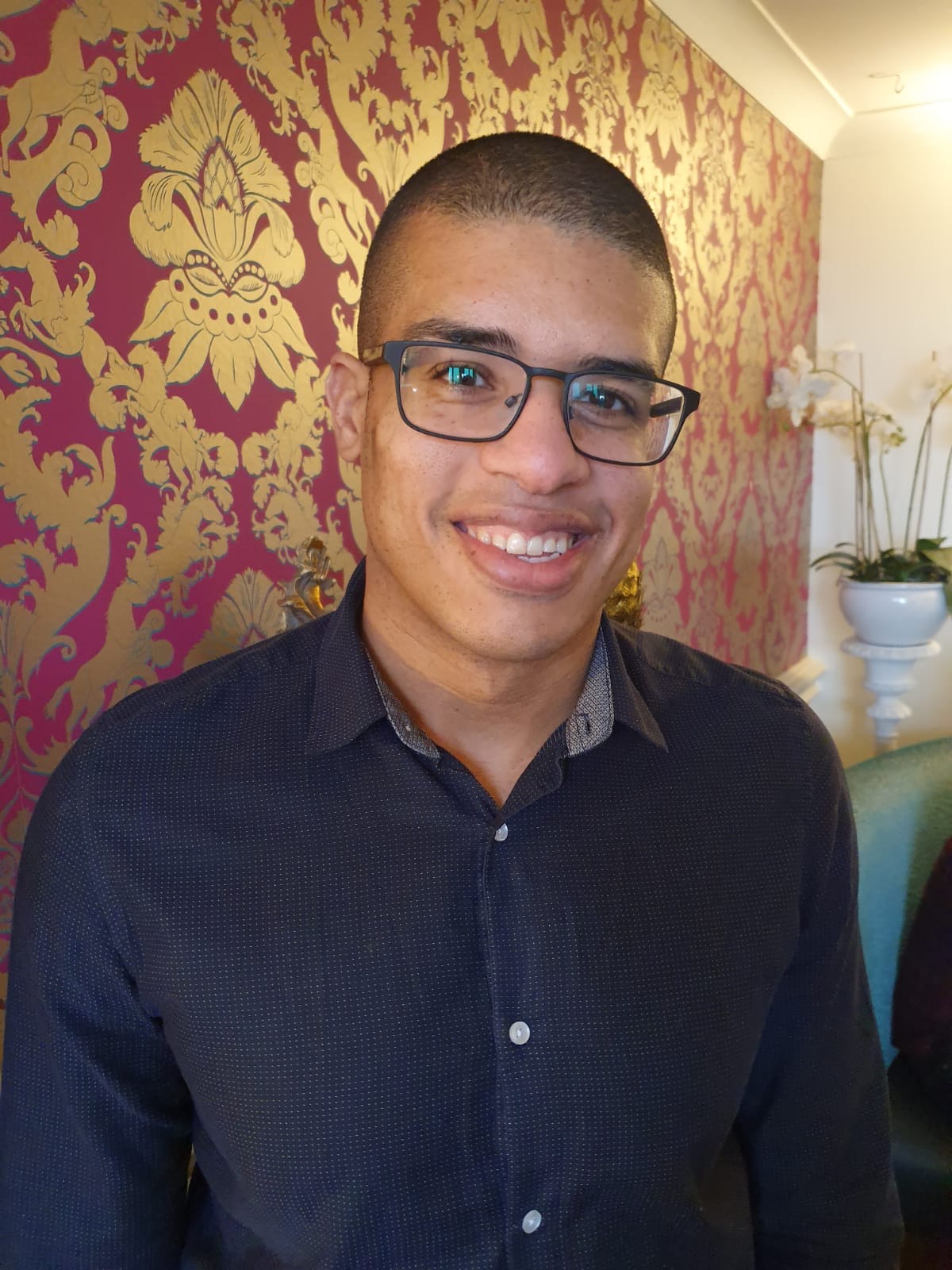 “When he googled “Brazilian Girls” you can imagine the images that came up.”

Another mum had a similar problem when doing a picture-based project with her son. Image Consultant Lindsay Edwards, 35, is from Bedfordshire and was helping her son, nine, create a fact sheet about five different types of British Birds.

She explains: “My son was involved with a RSPB challenge.. One of the birds he picked was blue tits. When he did a search for the differing sizes of British tits you can just image the images that came up.”

Mum Rebecca Fisher told us she WON'T send her daughter back to school, even if the government open them.

Meanwhile, desperate mums were forced to turn to eBay for baby milk after shops sold out – and were shocked to find it on sale for £155.

And this mum told how she battled swine flu, as coronavirus grips the world.