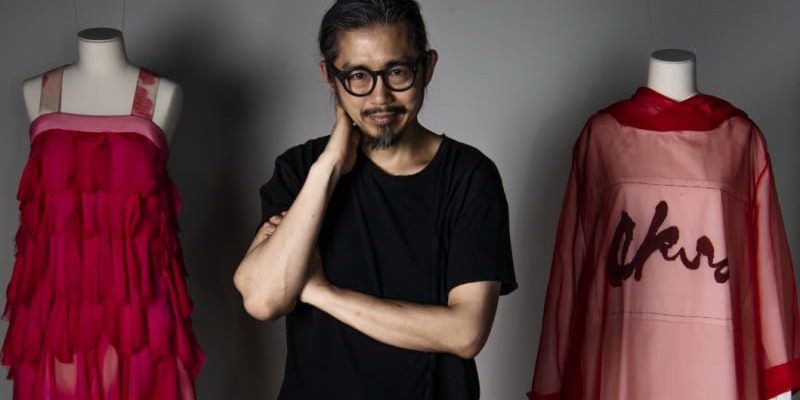 When designer Akira Isogawa graduated from East Sydney TAFE in the early 1990s he returned to his family home in Kyoto to source kimonos, that one-size-fits-all garment intrinsic to traditional Japanese culture.

''When you live in Japan, the kimono is a part of your life so you don't think much of it,'' he said. ''By the time I returned to Japan I had studied fashion and I was really keen to find interesting textiles.

''There were kimono in my family house.  My mother said I could take whatever I like. She was impressed I was appreciating something so traditional. My father had a few and my auntie, so I must have packed quite a few kimono in suitcase. I unpicked them and cut most of them up.'' 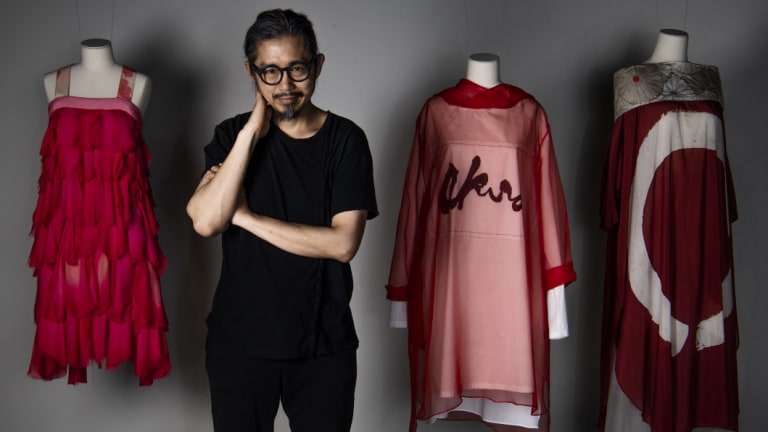 Akira Isogawa: “I was in search of something special”.Credit:Louise Kennerley

Most went into garments that Isogawa sold in the Woollahra store he opened in 1993.

In fact,  those vintage kimono were the making of Isogawa's career, celebrated in a new exhibition at the Museum of Applied Arts and Sciences opening on Saturday. ''I was in search of something special. I knew if I didn't take some action, I would have to close the store,'' he says.

Since the National Gallery of Victoria's Printemps-Ete 14 years ago, which charted the creative journey behind the designer's Parish Fashion Week collection of 2005, Isogawa has been involved in 10 joint exhibitions around the world.

Akira Isogawa at the Powerhouse Museum is the first to explore his career, inspiration, and influences as he marks 25 years in an often tenuous business. The exhibition is set up in four chapters: Journey, Kimono, Collaborations, and Craftsmanship.

More than 80 garments from Isogawa’s archive are on display, part of the 100 to 150 pieces Isogawa has happily donated to the MAAS collection.

The oldest garment is a top designed by Isogawa in 1994 for his signature collection Not Made in Japan, and there are pieces that were exhibited at his first ever art show at the Museum of Contemporary Art.

''I was a bit nervous then because I wasn't sure how I could make fashion into art,'' he said. ''So what I did – those garments are in the exhibition too – I folded all the garments that I produced in 1997 and 1998 and then stitched [them] so the garment becomes a square object, a textile, and I placed it with the original idea.''

The MAAS exhibition also features a pair of red socks, which 15 models wore when he first showed at Fashion Week Australia in 1996. The young designer could not pay for shoes so he purchased multiple pairs from the defunct retail store, Gowings. 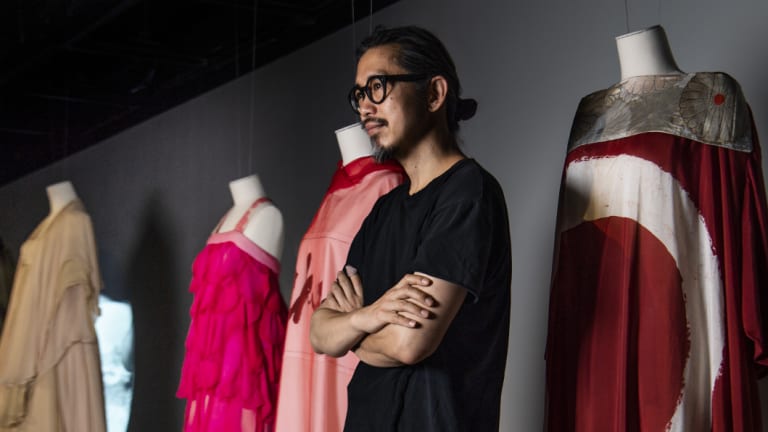 Isogawa didn't receive any international orders that year but some journalists kept note and, the following year, his heavily inspired kimono collection was widely acclaimed. He received orders from London and Milan. That's when Isogawa ramped up production with the help of kimono makers from Kyoto.

The pioneer designer is always willing to work with others and the exhibition charts his collaborations from Sydney Dance Company to master origami maker Takahiro Shirai, responsible for bringing the distinctive ‘fold’ design element to the designer's garments.

He has ''never put numbers before commercial design and if I did I'm sure I'd fail''. "But if someone else wanted to take over as a formal collaboration, that's different,'' Isogawa said. ''I haven't met [that person] yet.'' 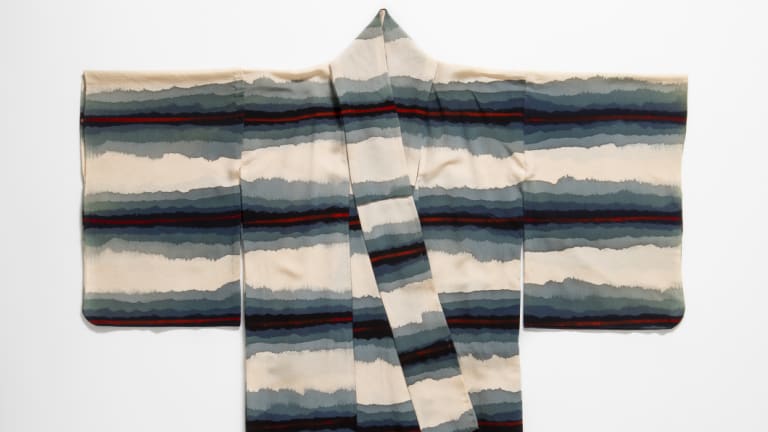 From Isogawa's archives upstairs in his Marrickville studio, MAAS has selected another 200 items for its collection while the National Gallery of Victoria has put its hand up for another 700 items.

''I'm keen to contact more galleries to make sure they will be well looked after. They are not an ideal environment at the moment.''

One item Isogawa decided to keep is a precious maroon kimono jacket owned by his late mother, as well as vintage kimonos from the 1940s and 1950s he purchased in Kobe after the city was hit by an earthquake.

When his mother died in 2002, Isogawa took a couple of her beautiful kimonos and placed it in her coffin as is tradition. He doesn't wish the same for himself. ''Since I left Kyoto I've become much less traditional. I do not value those traditions any longer. I consider myself Australian. I feel uplifted to think I'm free from tradition.''