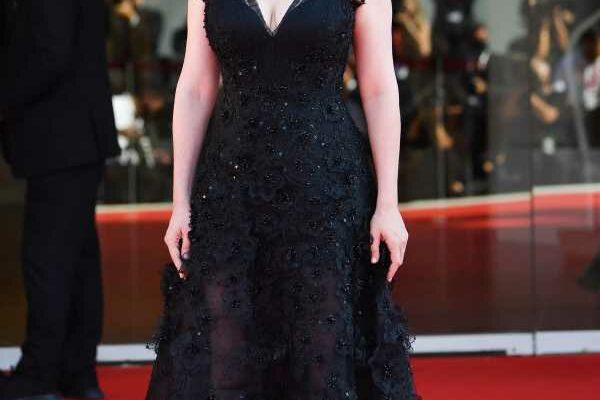 The 78th annual Venice International Film Festival kicked off this week, with A-list celebrities flocking to the Italian city for summer’s last hurrah. The first day of the festival saw Penélope Cruz wearing three Chanel looks in 24 hours, and Dame Helen Mirren in a shimmering silver number to celebrate Pedro Almodóvar’s film Parallel Mothers. Filmmaker (and festival jury member) Chloé Zhao, on the other hand, casually paired her floor-length Giorgio Armani gown with a Fjallraven Kanken backpack (and a face mask, of course). That was just the beginning—Jane Campion, Kirsten Dunst, and Cynthia Erivo made statements in the first 48 hours of the festival with their respective looks as well while celebrating Campion’s film, Power of the Dog. See each of their takes on red carpet fashion, plus more, here.

In Versace and Roberto Coin jewelry.