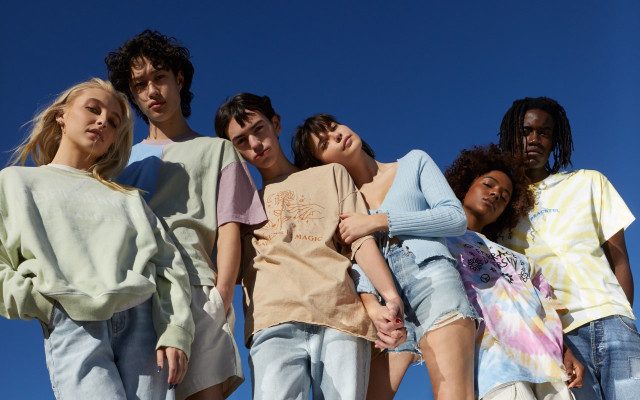 Emma Chamberlain is the face of Pacsun’s new campaign.

The brand, designed for teens and young adults, gives her a “nostalgic” feeling, said the 19-year-old in an exclusive statement: “I grew up wearing Pacsun. I would go in there to find what was cool at the time, and that is such a fond memory for me.”

Chamberlain is one of YouTube’s most well-known personalities. Born and raised in California, she has 9.87 million subscribers on the platform, 12.2 million followers on Instagram and 9.4 million fans on TikTok. She’s had several brand partnerships since her rise to fame. In fashion, she’s built a growing relationship with Louis Vuitton, appearing front row at the brand’s recent fashion shows.

The collaboration with Pacsun — founded in Newport Beach, Calif., in 1980 — hits closer to home. And so does the messaging behind the campaign, which touches on mental well-being. In the past, Chamberlain has been open about her own personal struggles.

“I feel like the biggest thing I’m trying to do is just be easier on myself in general and not be as judgmental of myself and be forgiving of myself,” Chamberlain continued in the statement.

On April 16, she’ll host PacTalks, the brand’s biweekly Instagram Live series that was kicked off by actress Yara Shahidi in October. The chat will be centered on mental health.

“I think self-care and wellness in general is so important, and we have to make an extra effort to make that a priority right now,” added Chamberlain. “We deserve the best quality of life, and it’s hard to have that right now, but if we focus on it, then hopefully it will be better.”