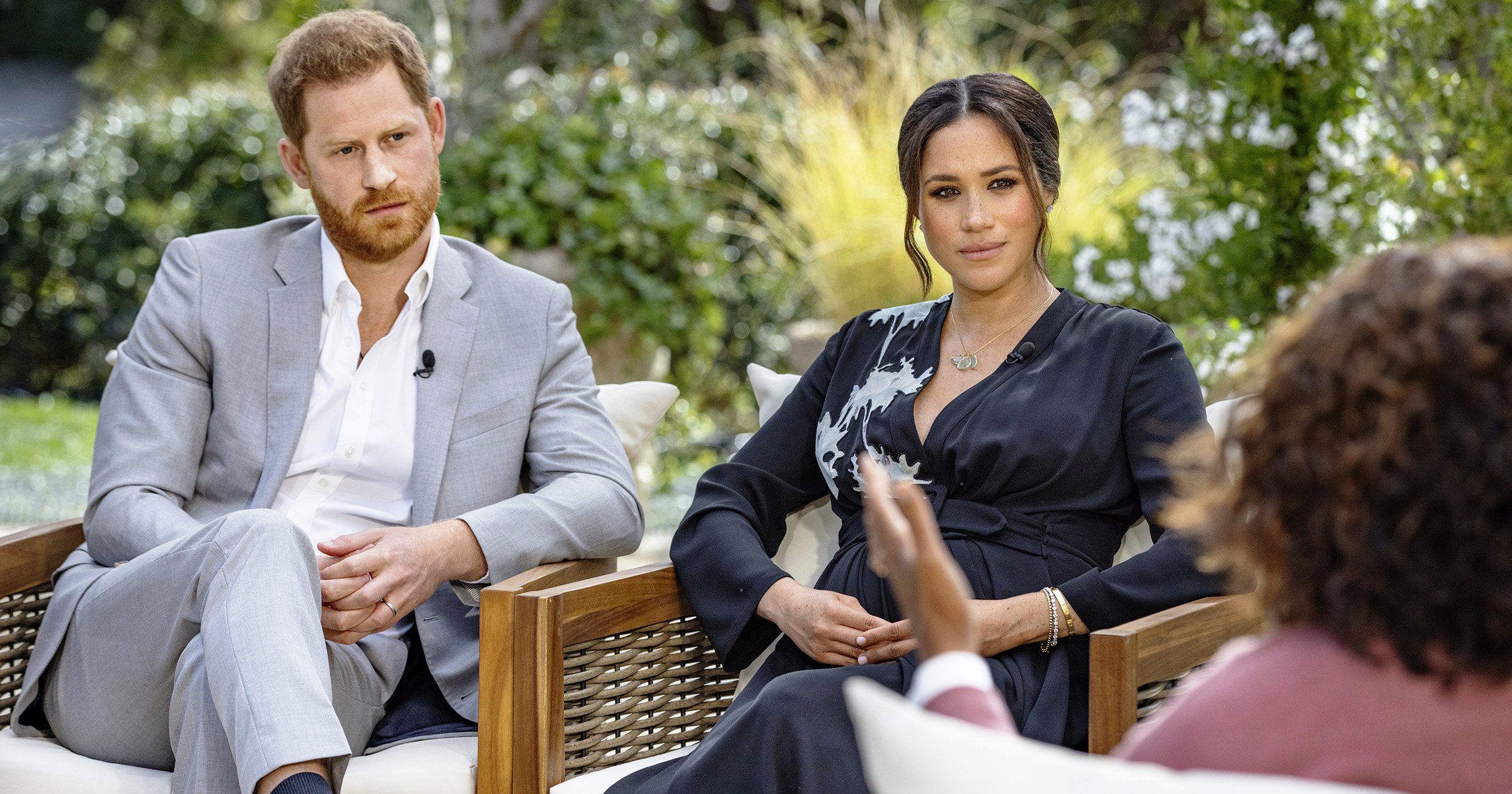 The garment Meghan Markle wore for that wave-making interview with Oprah Winfrey has gone down as the dress of 2021 by the Fashion Museum in Bath.

A version of the Giorgio Armani dress will go on display as the final item in its headline exhibition, A History Of Fashion In 100 Objects.

For the interview, the duchess wore a black dress featuring white lotus flower embroidery, which the museum says had a ‘symbolic association with rebirth, self-regeneration and spiritual enlightenment, and its ability to flourish despite seemingly challenging conditions’.

Meghan tied the ensemble together with a matching belt from Giorgio Armani’s Spring/Summer 2022 Cruise Collection.

Each year, the museum invites an expert from the fashion industry to choose an iconic dress that represents the year just gone.

After their Dress of Hope was named dress of the year for 2020, it was Dazed magazine’s Ibrahim Kamara and Gareth Wrighton who were asked to make the choice for 2021.

They said: ‘In today’s hyper-stylised pop culture, the Dress of the Year now has the potential to also be “meme of the year” and we both latched upon Meghan and Harry’s now-iconic interview with Oprah as the definitive anti-establishment moment that will forever endure in the British collective consciousness.

‘Meghan’s wrap dress by Armani, worn to showcase a divine pregnancy, framed the Duchess in black against the bountiful landscaping of Tyler Perry’s Hollywood garden.

‘This look now, through sheer association with a viral television moment, is firmly ingrained in our pop culture psyche.’

The museum described the bombshell two-hour TV special as ‘one of the defining pop-cultural moments of 2021’.

During the interview, Meghan revealed she had suicidal thoughts as she struggled with life in the royal limelight, and Prince Harry opened up about the rift between himself and his brother Prince William.

Among other things, the couple also shared that an unnamed member of the royal family raised ‘concerns and conversations about how dark [Archie’s] skin might be when he’s born’.

Rosemary Harden, manager of the Fashion Museum, said: ‘This is a fabulous addition to the Fashion Museum collection. There are moments in history that are all about the dress and Meghan’s interview with Oprah was just such an occasion.

‘The softly structured Armani dress with beautiful appliqued lotus flower motif was part of a carefully curated look, guaranteed to send messages, and to imprint itself in our consciousness time and time again.

‘Thank you to Ibrahim and Gareth for this landmark selection for the Dress of the Year Collection, and to Armani for most generously gifting the dress to the Museum.’

If your budget is big enough, Armani still has the long triple silk georgette dress in stock for an eye-watering $4,700 (approximately £3,458).

If your budget is a little smaller, here are some similar styles to shop.

Get it from: Ralph Lauren

Get it from: Mango

Get it from: John Lewis

Get it from: LK Bennett

This article contains affiliate links. We may earn a small commission on purchases made through one of these links but this never influences our experts’ opinions. Products are tested and reviewed independently of commercial initiatives.