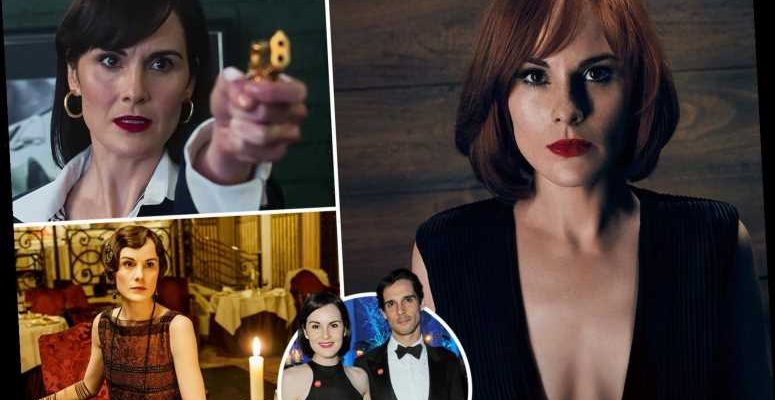 DOWNTON ABBEY favourite Michelle Dockery is ready to throw off her corset to play the first female James Bond.

The actress has said she would love to become the tux-wearing spy and cannot think of a better way to shake off her best-known TV role as Lady Mary Crawley. 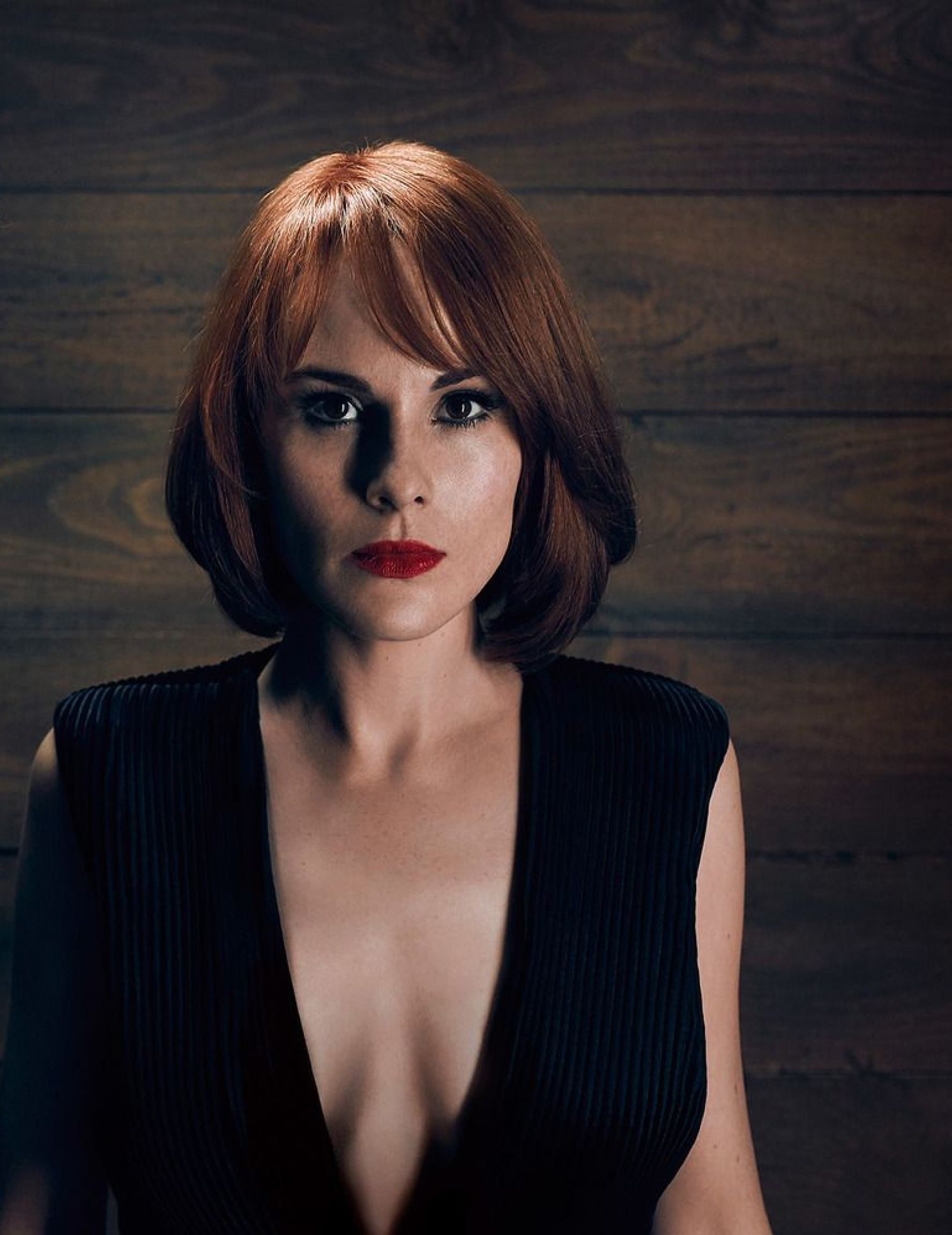 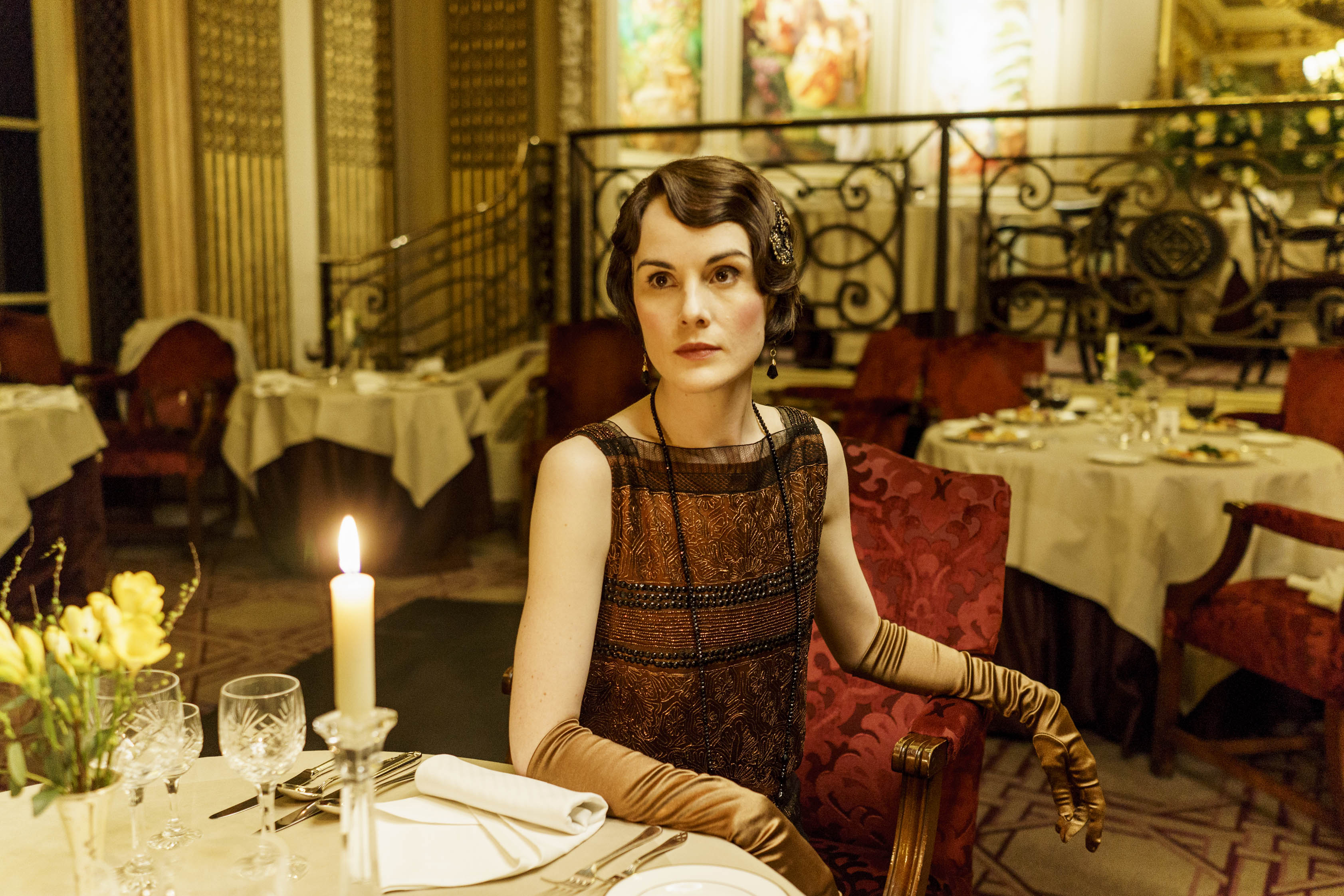 She said: “I love Bond, so yeah, I’d never say no. think a lot is changing with those films. I’m looking forward to the next one for that reason.

“Those rumours about Gillian Anderson [in the role] years ago . . . I was so up for that.

Michelle, 38, added: “Those roles with a darker side appeal to me. But it’s all about them feeling authentic. 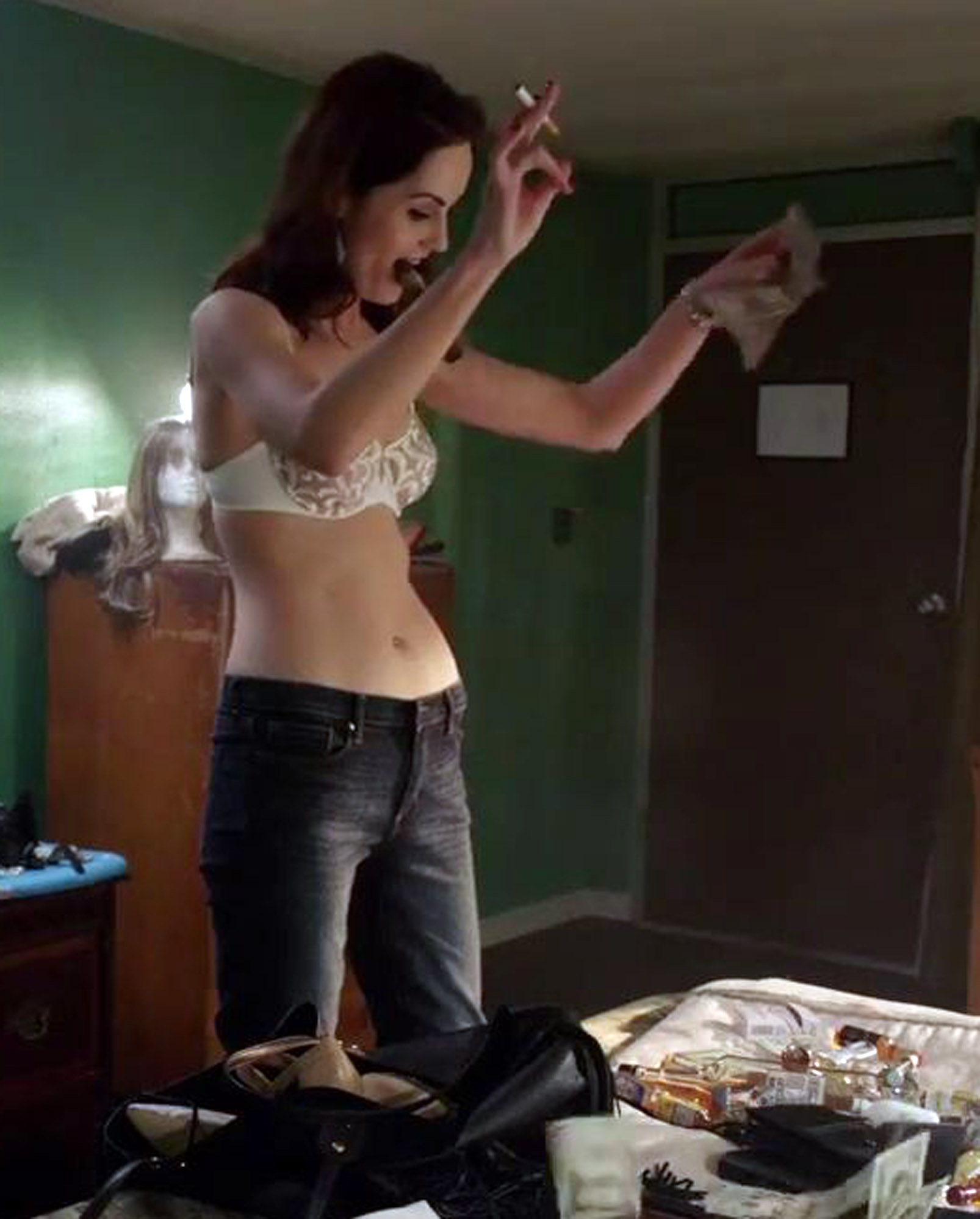 “I’ve never played a really mean character, although Lady Mary can be a bit like that at times.”

Essex-born Michelle — one of the stars in Guy Ritchie’s gangster movie The Gentlemen, out on New Year’s Day — made her name in the hit ITV period drama, a part she played for five years from 2010.

It changed her life and propelled her to Hollywood.

Talking about the impact the show had on her, Michelle has said: “It’s opened up opportunities I never thought were possible. No one ever imagined it would be this much of a success, so you just feel so fortunate to be part of this family. 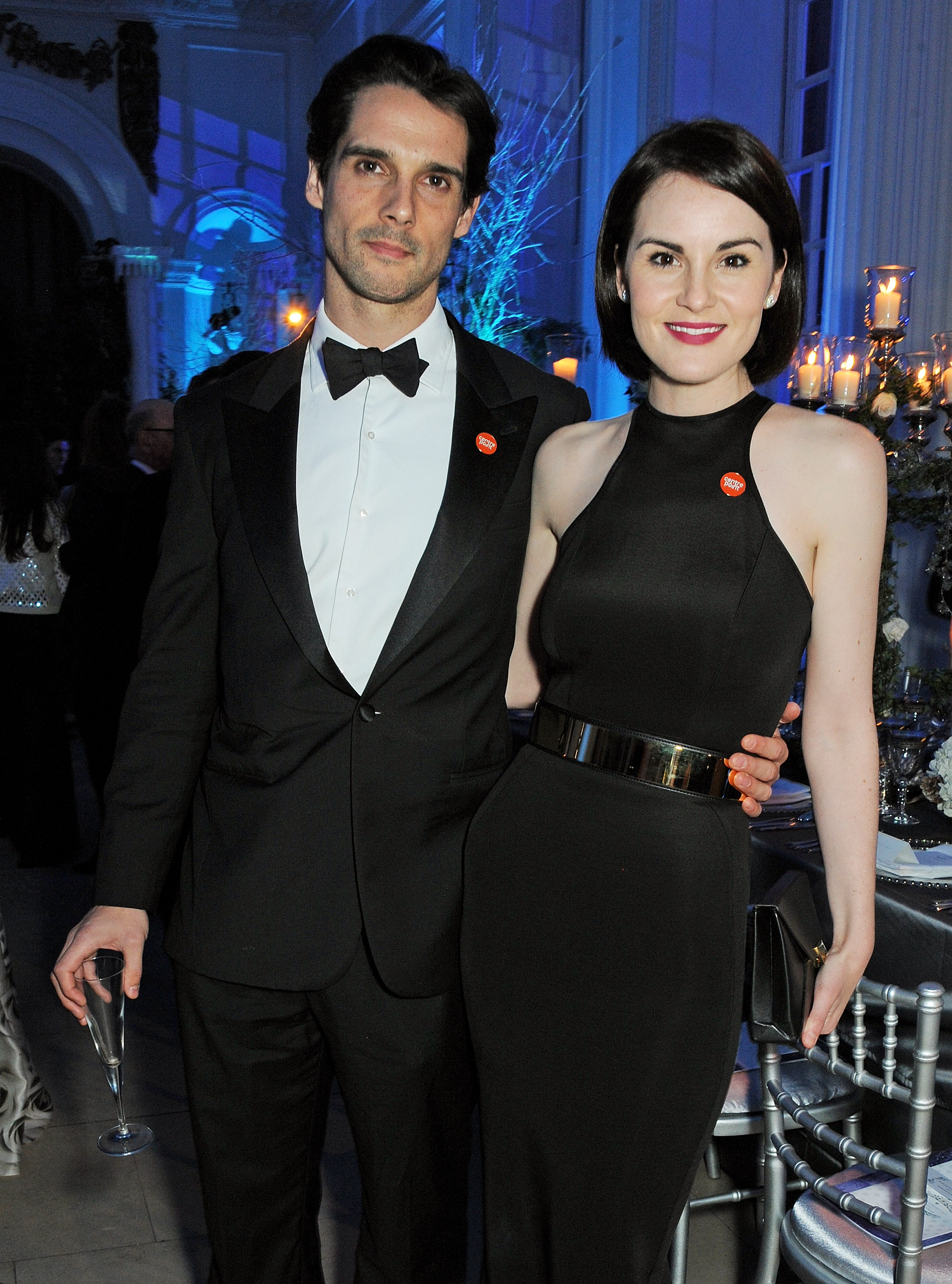 ‘Everything in my life shut down’

Talking about the impact the show had on her, Michelle has said: “It’s opened up opportunities I never thought were possible. No one ever imagined it would be this much of a success, so you just feel so fortunate to be part of this family.

“It really is once-in-a-lifetime stuff, ­something like that will never ­happen to me again.”

But what many viewers did not know at the time was Michelle’s life off-screen shared heart-breaking parallels with that of Lady Mary.

During the show the aristocrat suffered the heartache of losing her husband shortly after World War One.

Fiercely private about their ­relationship, Michelle is believed to have started dating the Irish public relations director in 2013. His death understandably hit her hard.

She has previously said: “One of the difficult things at the time was the parallels with Mary.

“It was just ­baffling, and still is to me, that my character’s storyline was so similar.” 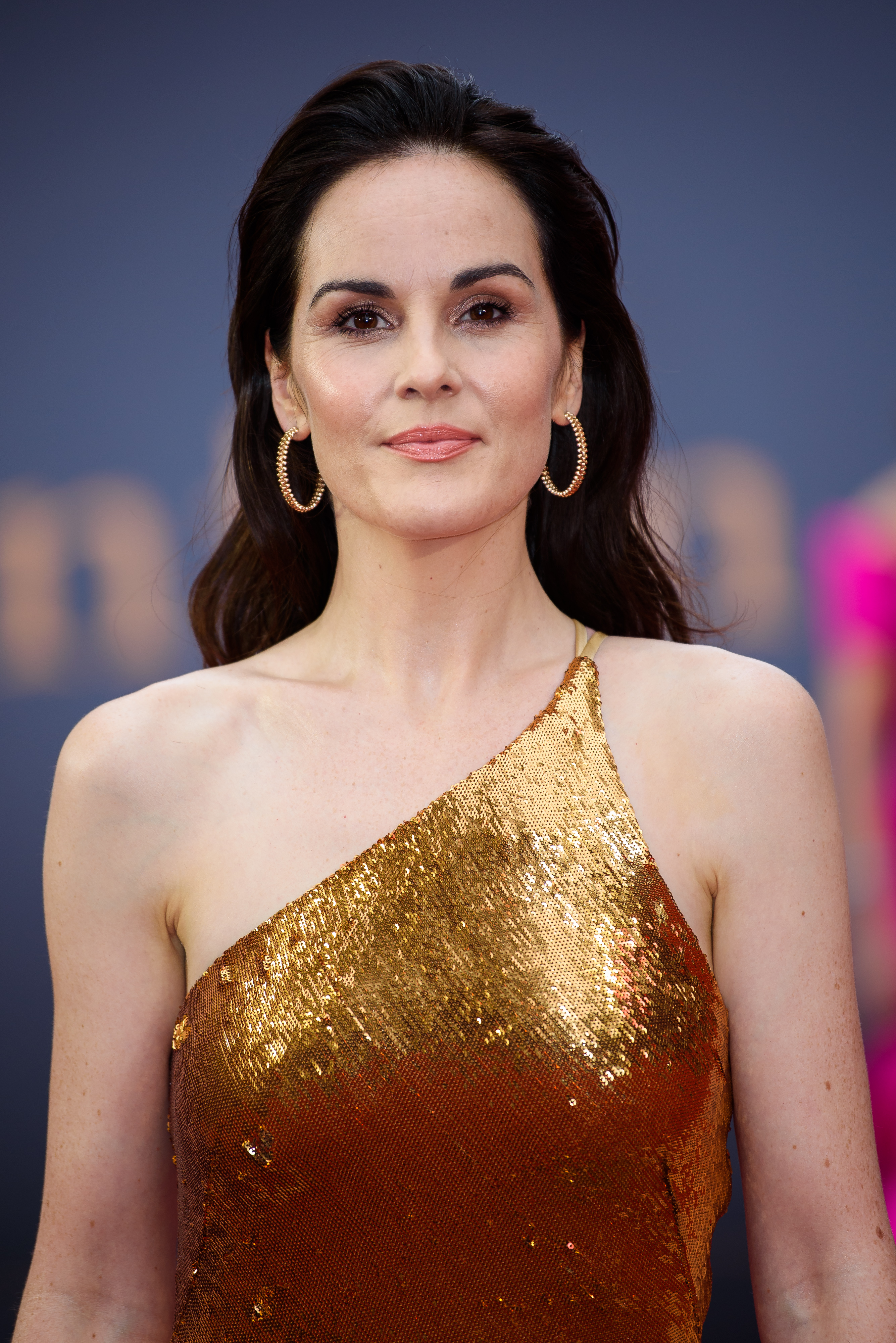 Michelle has said she doesn’t have the vocabulary to describe how she felt after John’s death but that during his illness, her sole focus was to be there for him.

She has said: “I’ve never been more committed to anything in my life than to him. This becomes your world, and, of course, was my priority. I never lost hope.

“I’m not exaggerating when I say that John did not complain once — never, not once — and that gave us strength. It’s what keeps you going, that positivity — to never lose that hope for a miracle. I couldn’t have done it any other way.

“I spent more time in hospitals that year than some people do in a lifetime. I wouldn’t wish it on anyone.” When Michelle lost her partner she was also filming the emotional last episodes of ­Downton Abbey. 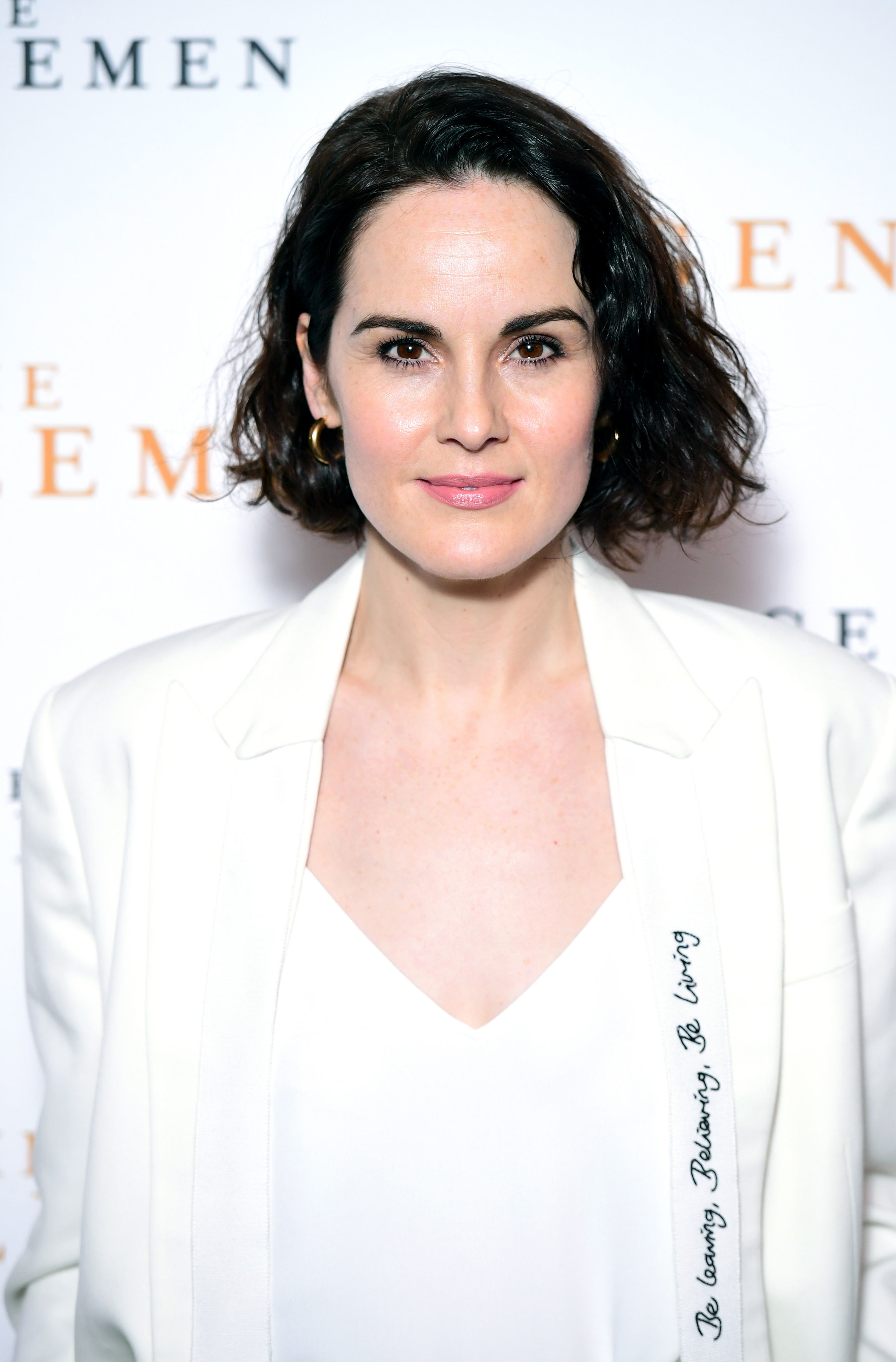 Speaking of that time, she said: “When we wrapped at (regular set) Highclere Castle, that’s when the sad feelings started. It really felt like we were ­giving the house back to the owners.

“It was an emotional time. We were commiserating and celebrating.”

Recalling her last day on set with co-star Laura Carmichael, 33, who played Lady Edith Crawley, she said: “I thought I could walk away quite easily from Highclere. Laura had finished early that day and she waited around until we finished. 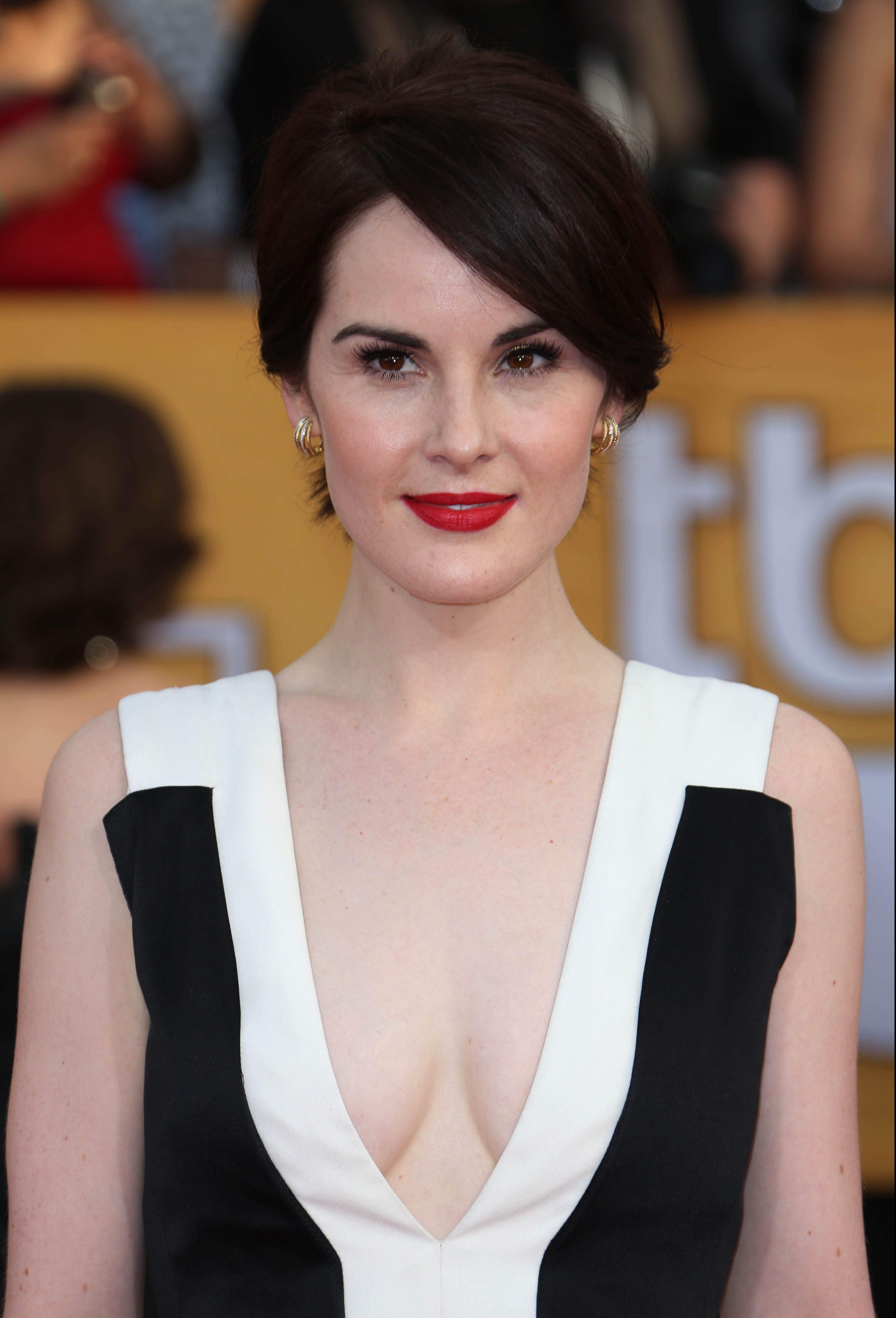 “We held hands and walked through the dining room together. We walked into the hall, through the library, into the drawing room, and we were in floods of tears.

“She said to me, ‘It just doesn’t seem fair. Some people don’t experience this much joy in a lifetime. What we’ve had in six years’.

“And her saying that really will stay with me. I think she hit the nail on the head.

“It’s been the most ­glorious time and we never, never would have imagined that it would’ve become this huge thing.” 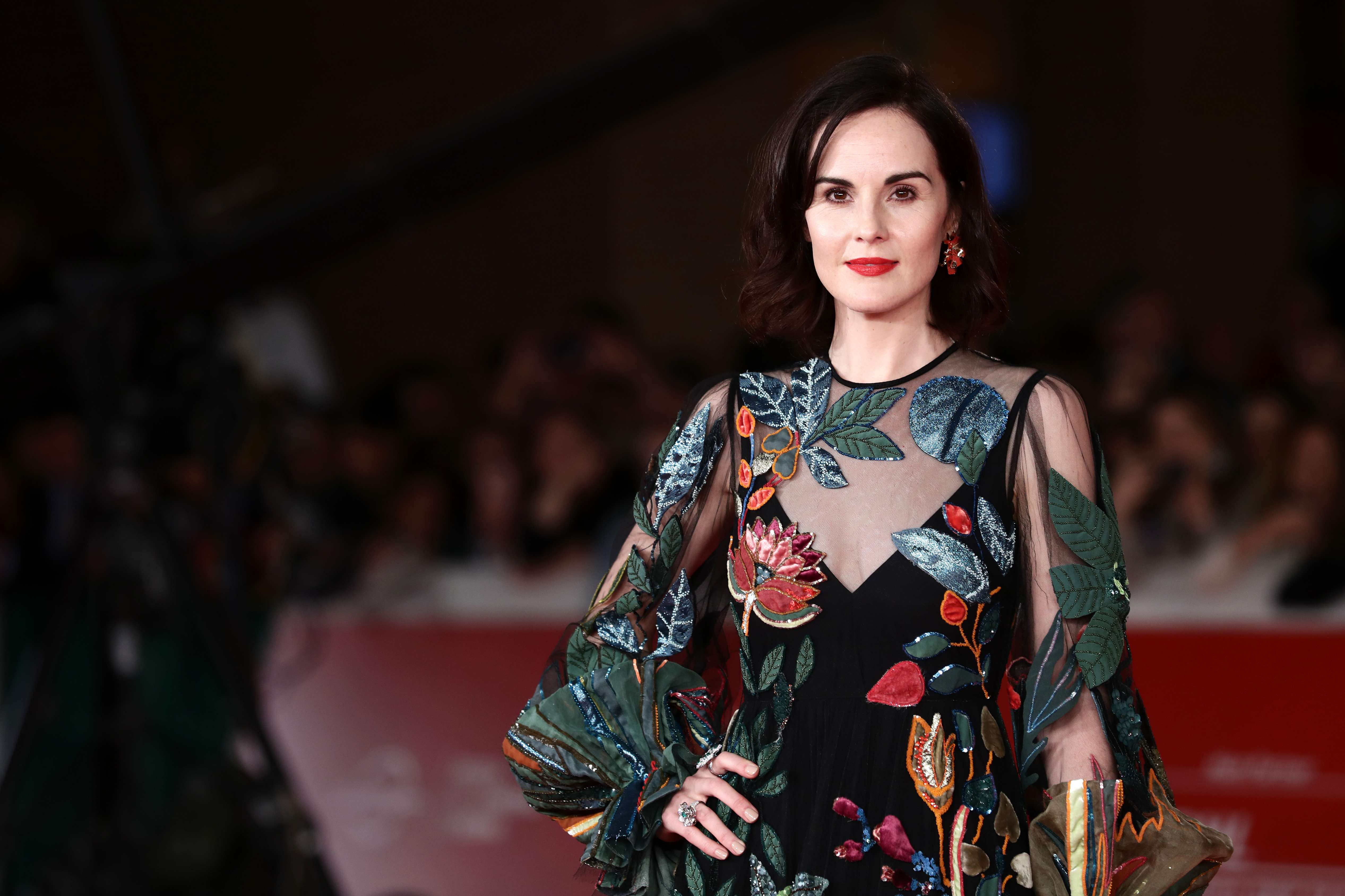 While Michelle's last days on set were emotional, she has not looked back and her career has continued to soar. Since Downton ended, she has appeared in US TV show Good Behavior,

Netflix series Godless, film The Sense Of An Ending plus, of course, this year’s Downton Abbey movie.

And Michelle is about to hit cinema screens again, in Guy Ritchie’s new crime romp The Gentleman. 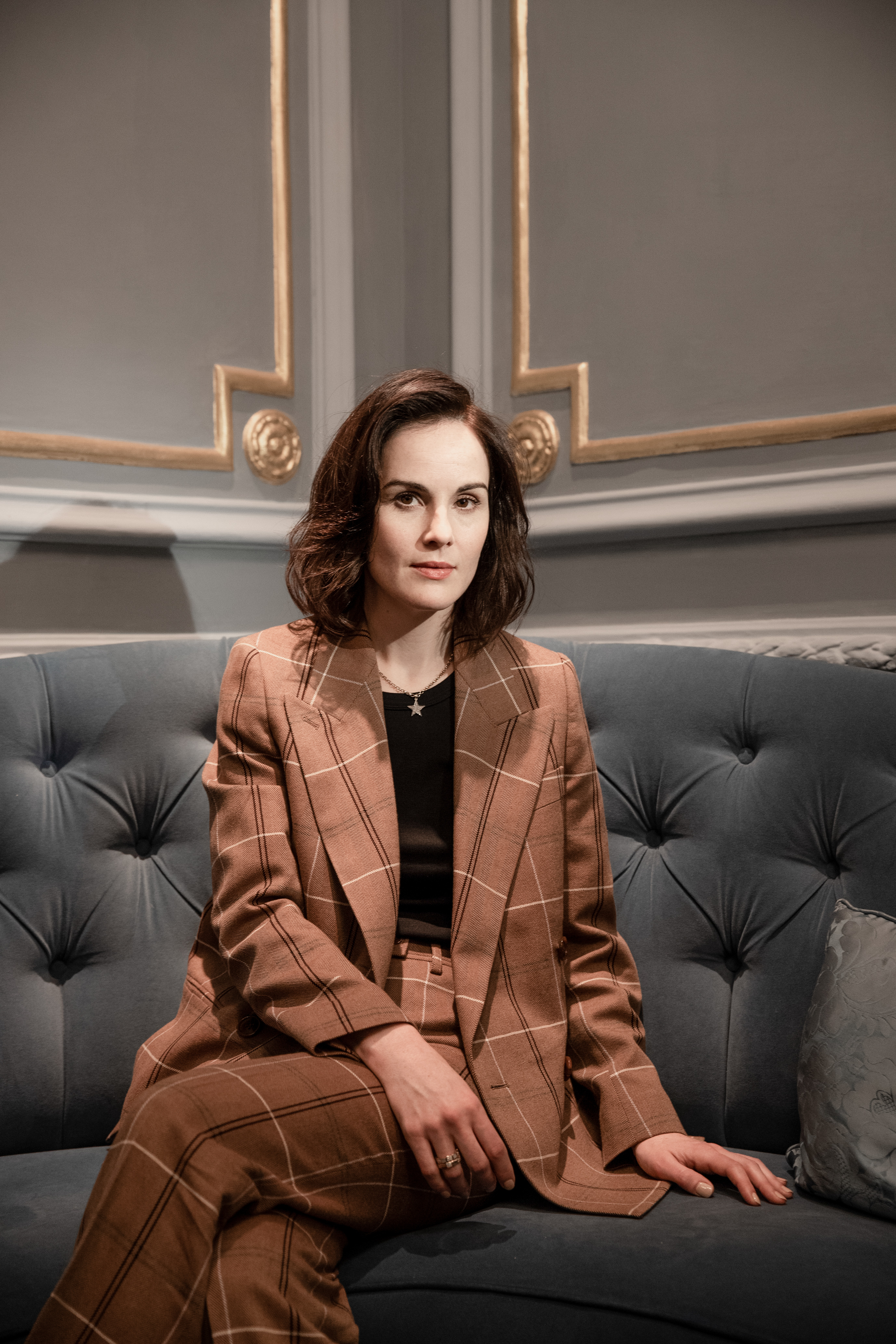 She said: “It’s a bit of a dream come true. I grew up watching films like Lock, Stock & Two

Smoking Barrels. It’s quite a departure for me from Lady Mary.”

Away from her job, she is proud that she finally passed her driving test, aged 34, in 2016.

On why she waited until her thirties to take to the road, Michelle said: “I was quite a stubborn teenager. All my friends and ­sisters were doing their driving tests — and I just didn’t want to do what everyone else was doing. Up until now it was my only regret.” 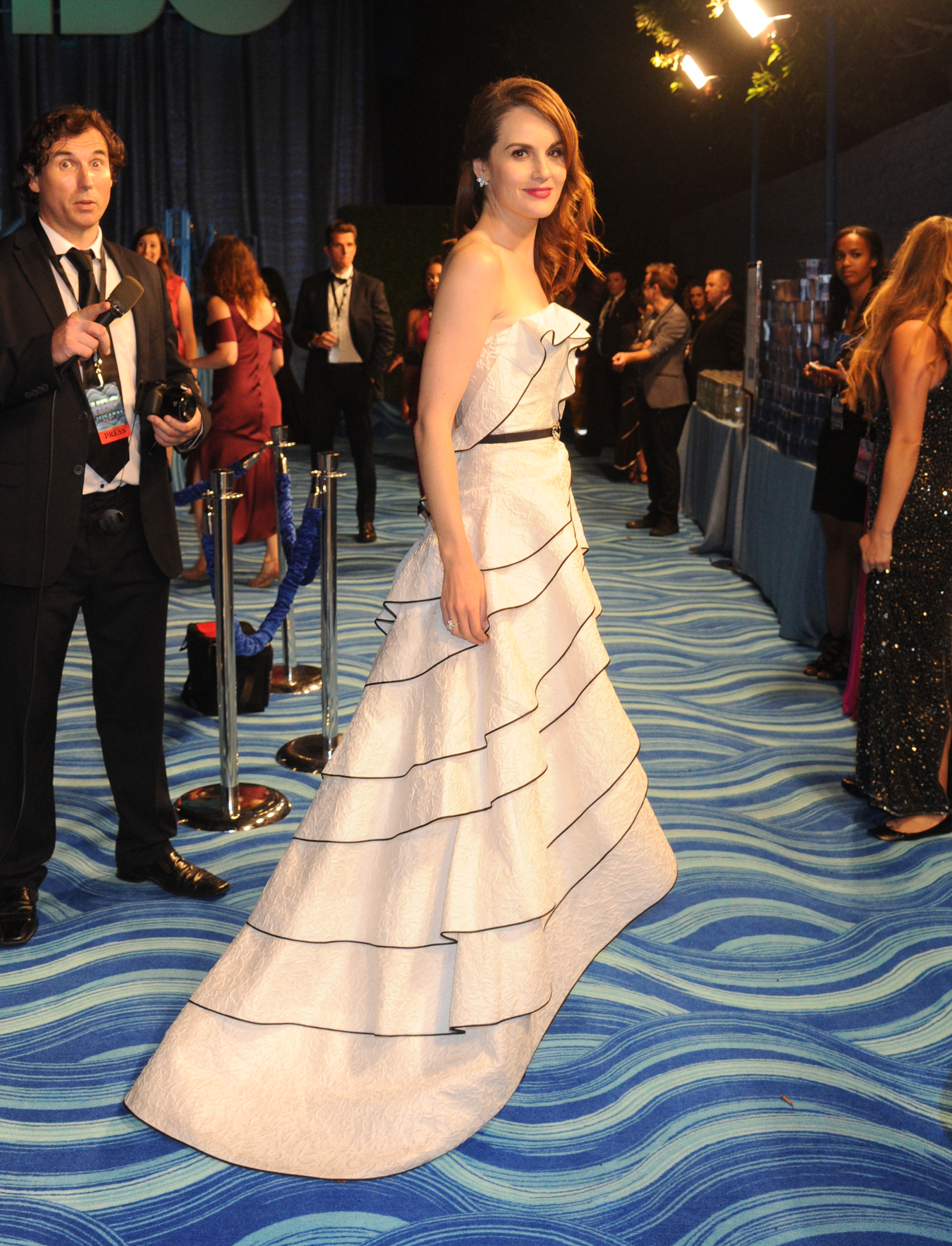 For her next goal, Michelle wants to showcase her singing talents.

She has said: “I was dancing and singing from a very young age. I love singing live.

“I’m dying to sing in a role, whether it’s in a musical or a biographical film about a singer. It’s always been one of my aspirations.

What I’ve learned is to not let your expectations be too high, and to try to live in the moment as much as possible, because in a career like ­acting, you never really know where you’re going to be.

“That’s what’s so exciting about it, you end up in places and with people you would never expect to meet.”

While Michelle has been keen to leave Lady Mary behind and try new things, she also admits to missing the security of Downton Abbey.

She said: “There is a sense of ­freedom now but before that you knew you had something to go on to every year. That’s a little terrifying. I’m a working actor, after all.”

TELLY CON ROLE WAS NO DRAG

MICHELLE has already proved she can step away from the world of Downton Abbey’s Lady Mary.

She underwent a remarkable transformation in hit US drama Good Behavior where she played Letty Raines – a drug-addict con artist who aimed to steal $500,000 from a club to stay out of prison.

In the 2017 show, her character’s latest con saw Michelle dress as a drag artist, below – including blonde wig and heavy make-up.

She said at the time: “There is a lot to this character. She’s smart and complicated.

“I love playing her and I love this reckless sense of danger which her life often involves.” 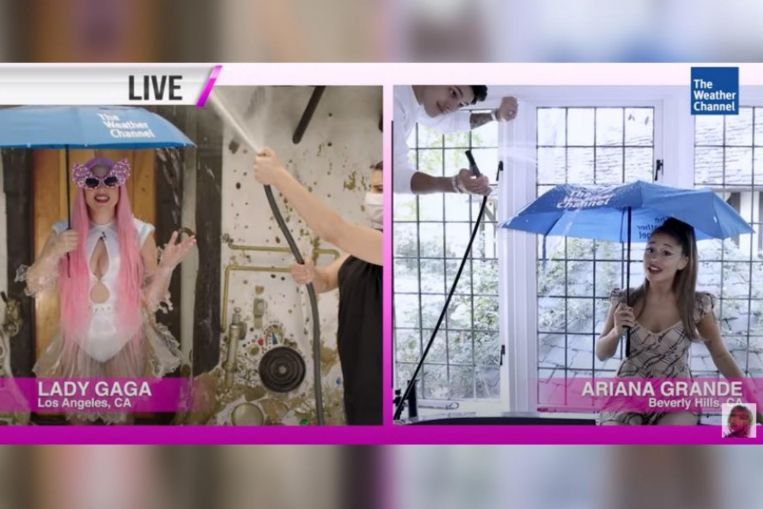 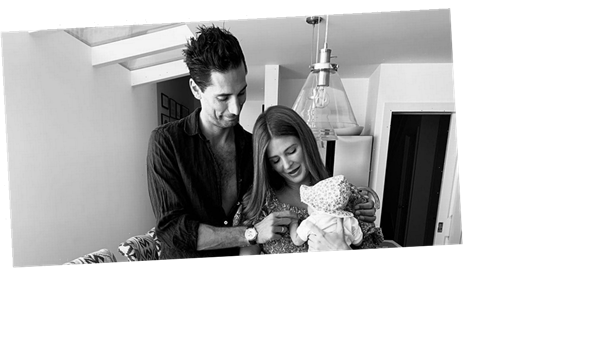