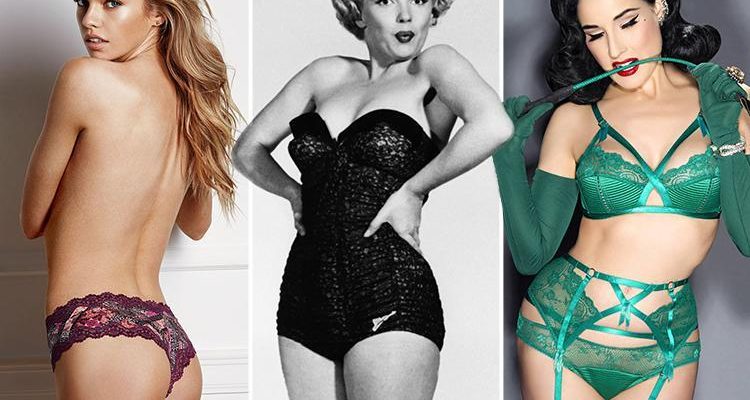 And I certainly don’t agree with FEMINISTS who have blasted Marks & Spencer for “vomit-inducing” sexism over a lingerie window display. 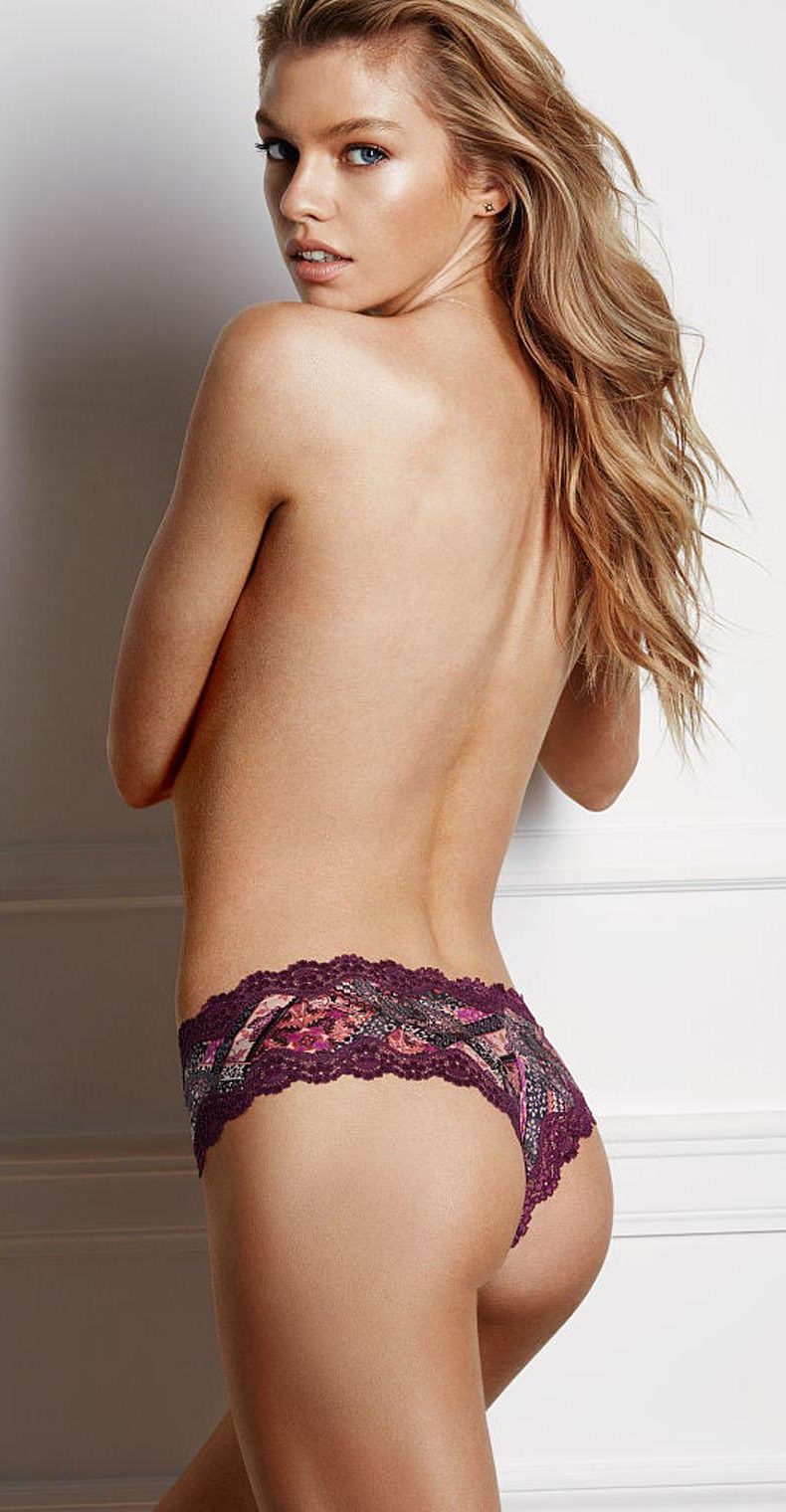 Yesterday the store was rightly refusing to change the message, which says “must-have fancy little knickers” and “must-have outfits to impress”.

In the split shop front in Nottingham, one side features a female model in her smalls and mannequins in red and black lingerie, while the other has a suited and booted photo of model David Gandy.

But the red undies on display aren’t brief enough for me. I would have preferred them skimpier — and racier.

Describing fancy pants as a “must-have” is nothing to get your knickers in a twist about. For many women, panties are more than an essential item of clothing, they’re part of their personality.

They are hidden from view but that doesn’t make them any less important to a woman than a big winter coat.

According to Fran Bailey, who wrote on a feminist Facebook page, women need to dress like a man in order to be considered strong and powerful.

That’s hypocrisy straight from the top drawer. No siree. We do not need to put on a double-breasted suit to be taken seriously.

As soon as I slip into my sexy skivvies I feel liberated and indestructible. I should be allowed to embrace my femininity without so-called feminists telling me my penchant for skimpy undies are letting down the sisterhood.

Ironically, as I write, I am wearing matching undies from supermodel Rosie Huntington-Whiteley’s luxury lingerie range at M&S.

From glittering G-strings to velvet Brazilian knickers — you name it, my top drawer has got it. No one forces me to spend my hard-earned money on undies and it is insulting and patronising for feminazis to even suggest that. I do it to please myself firstly and my lucky lover second.

Of course, the fascination with women’s underwear — or lack of — has always sparked debate. In the Victorian era women would squeeze their curves into corsets to create an hourglass silhouette.

Back then, tiny waists were the must-have fashion accessory and the ultimate symbol of femininity. But corset critics believed the super-tight garments were also a symbol of patriarchal oppression. 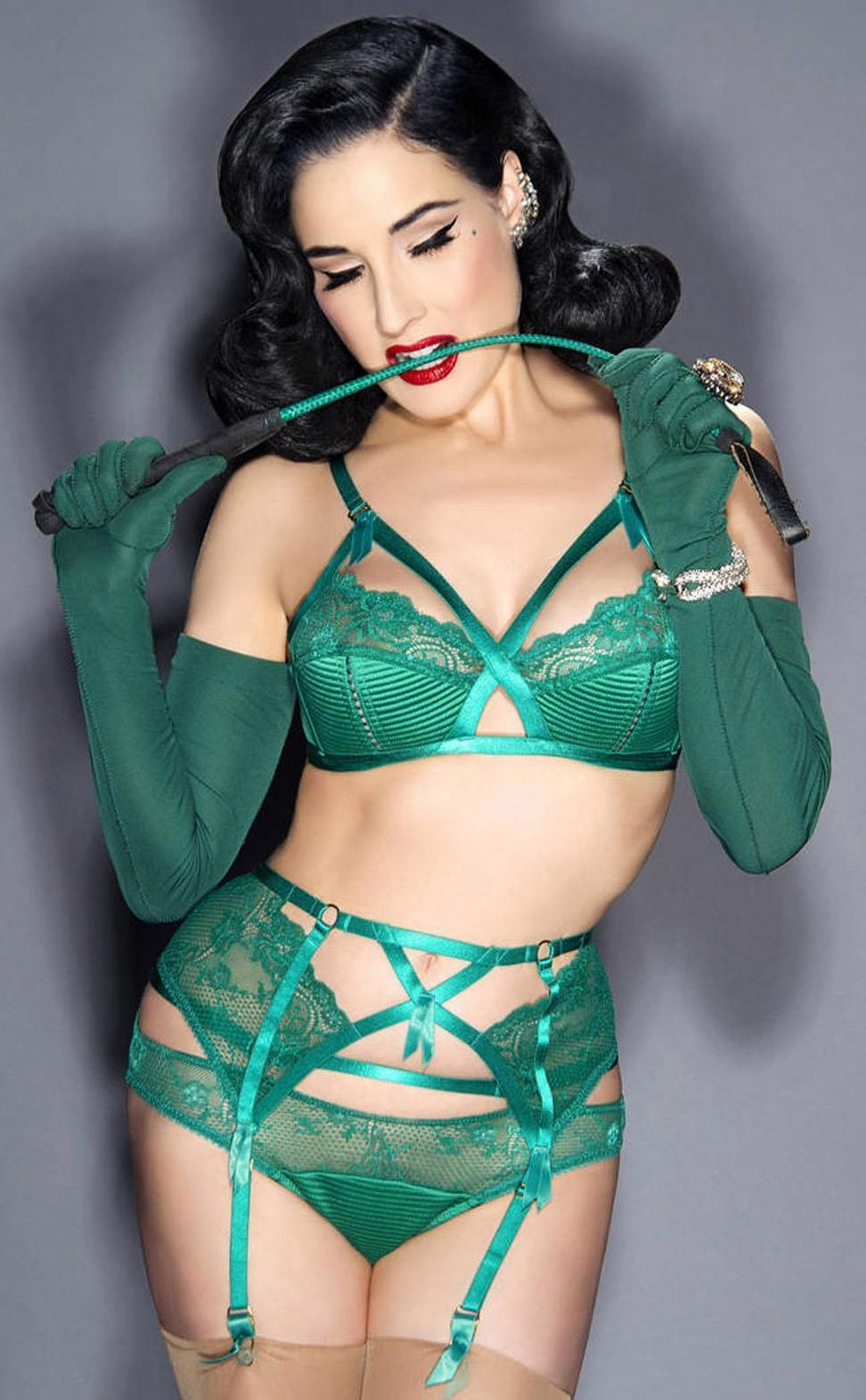 Nowadays women aren’t expected to wear a corset like Marilyn Monroe, and most don’t on a daily basis — not because they don’t like the look of them but because they’re bloody uncomfortable.

But for the women who do, they see them as a symbol of sexual empowerment. Take burlesque dancing. Nipple tassels, stockings and suspenders are as important as the performance.

Some of the strongest women I’ve met through my work live and breathe the pin-up lifestyle. To them, pretty little knickers are empowering, not demeaning.

Even PCs aren’t safe from the PC brigade. In 2010, West Midlands police were ordered to clean up their act on their desire to wear “dirty” underwear. 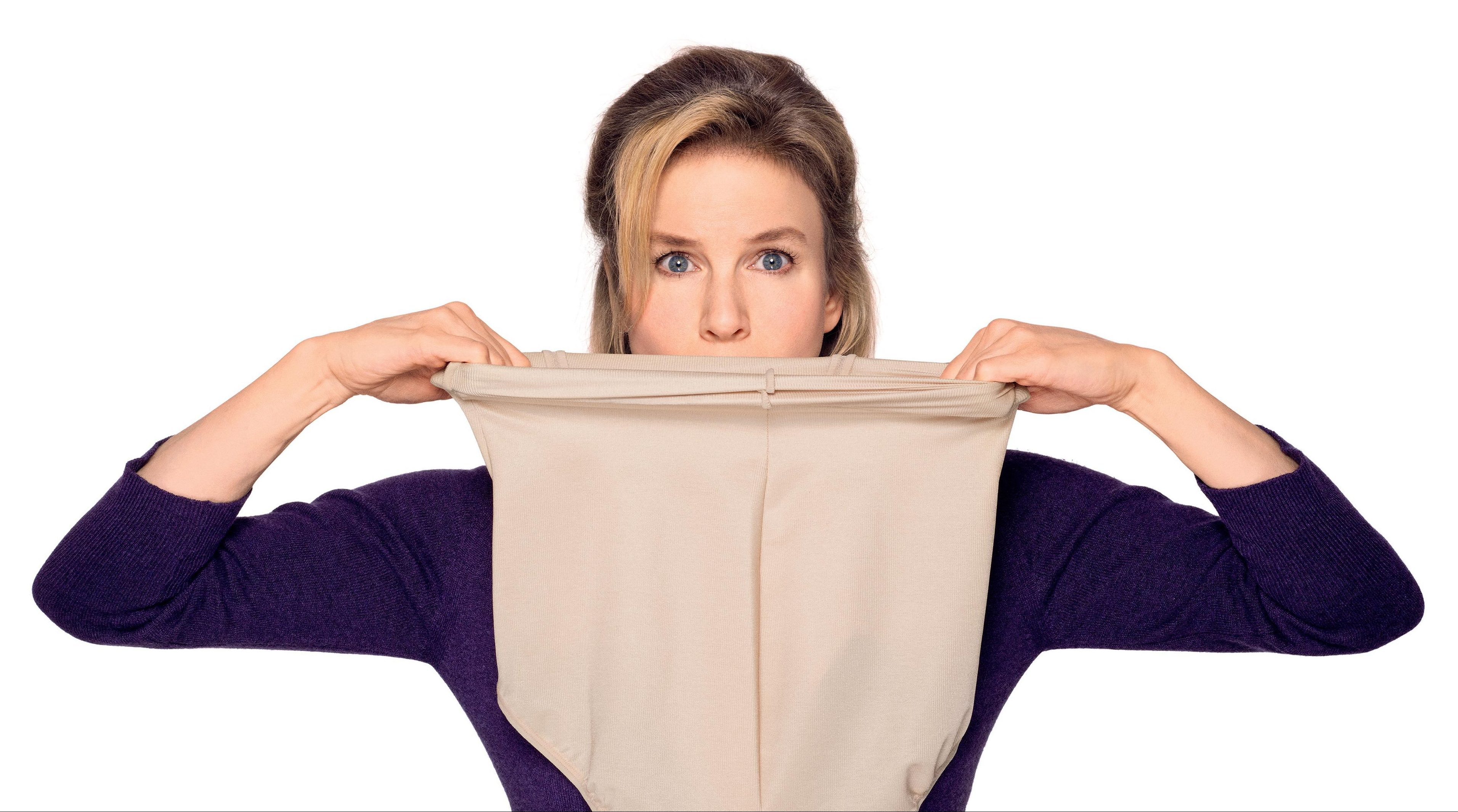 Baffled Bobbies were told from the powers above to wear “inconspicuous” undies of an “appropriate colour” beneath their uniforms. Incredibly, it was even rumoured strict spot checks would be carried out to ensure constables weren’t just giving safe briefs, but wearing them too.

At the time a “horrified” female officer said: “If I wear a pink thong I’m in trouble for exposing myself, but if I wear a nice sensible pair of knickers I’m going to get hauled up for exposing a VPL (visible panty line). I don’t know what they expect of me. I’d be better off not wearing any knickers at all.”

In 2011, a “sexist” lingerie advert starring supermodel Gisele Bündchen led to politicians demanding a ban in Brazil. In the ad, the model tells her hubby, “honey, I’ve crashed the car” and “honey, I’ve reached the credit card limit . . . both mine and yours”.

The same model breaks the bad news twice, first fully dressed, which gets a giant cross next to it, and second in tiny undies, which receives a tick. 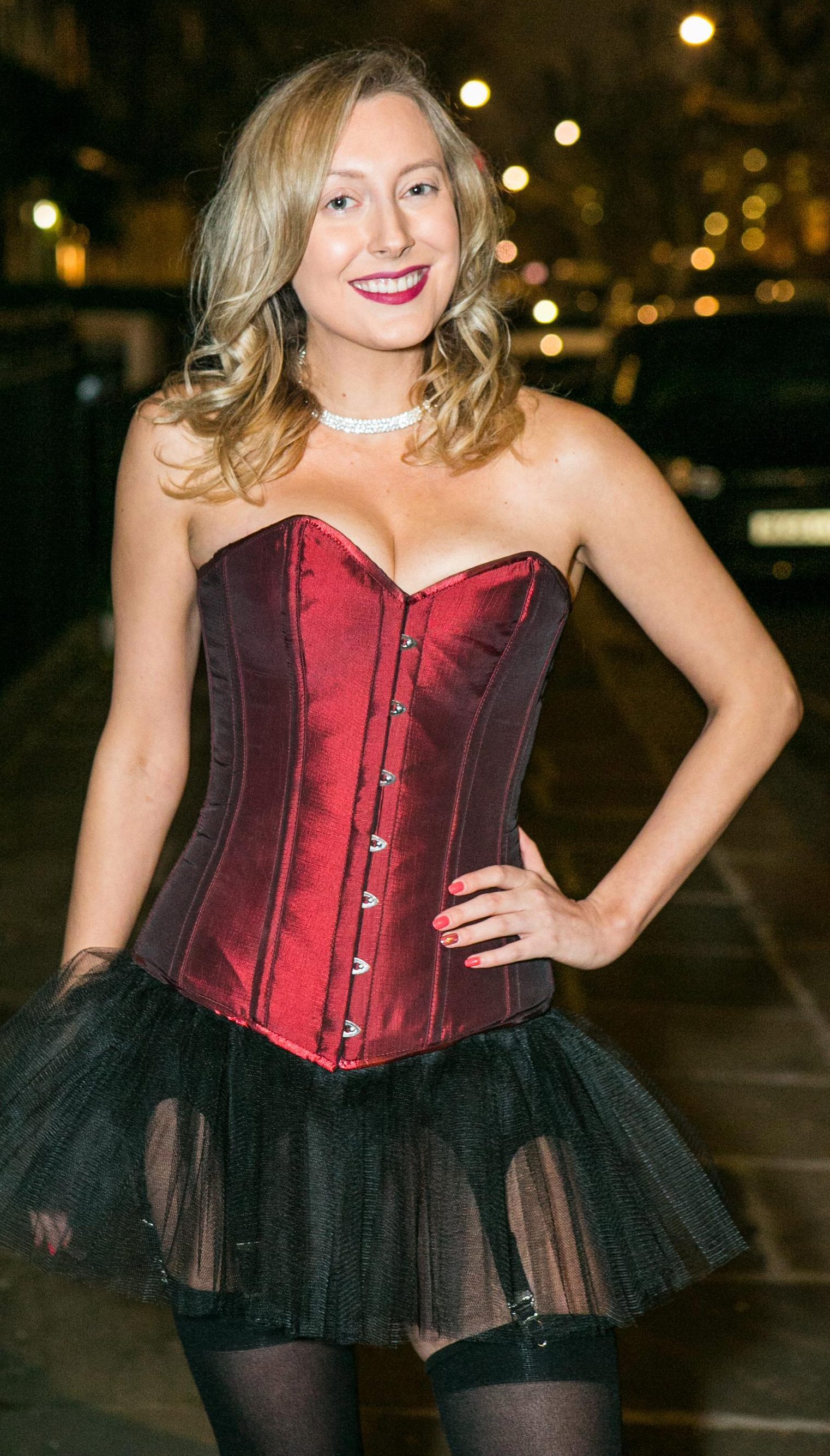 The tongue-in-cheek message is clear — wear very little when you’re the bearer of bad news and your hubby will forgive you.

This hysteria over pants is pathetic. I think the ad is quite funny and I’m not alone. Former football blogger Lila Salles, then 31, a translator from Rio de Janeiro, said: “I don’t think calling for it to be banned was the best way of dealing with it.

“Perhaps another ad with a heart-throb wearing trunks in the same situation would be a nice payback and a more effective response than censoring it.”

The M&S window doesn’t make me recoil in horror, it makes me smile.

After all, less is more.

In briefs – best on the high street

THE high street has loads of sexy styles to make sure you look a cracker at Christmas. Here is a selection… 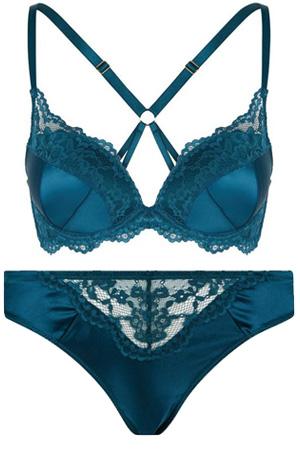 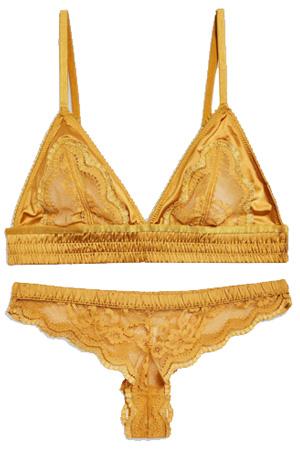