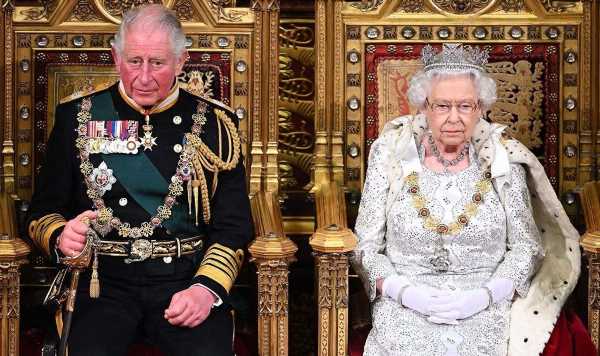 Amid political turbulence, the Queen attended another State Opening just two months later in December 2019, and she wore a blue hat instead of a tiara or a crown.

In 2020 there was no State Opening of Parliament, and in 2021 the Queen attended the ceremony wearing a purple floral hat.

The 2022 State Opening of Parliament was attended by then Prince Charles while the Queen continued to experience mobility issues.

For the occasion in 2019, the Queen picked the same diadem she wore for her first and subsequent State Openings as Queen from 1952. 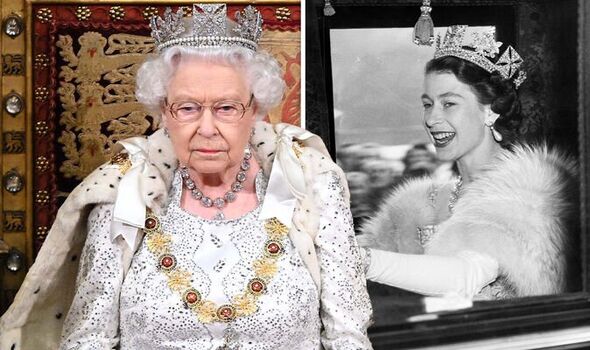 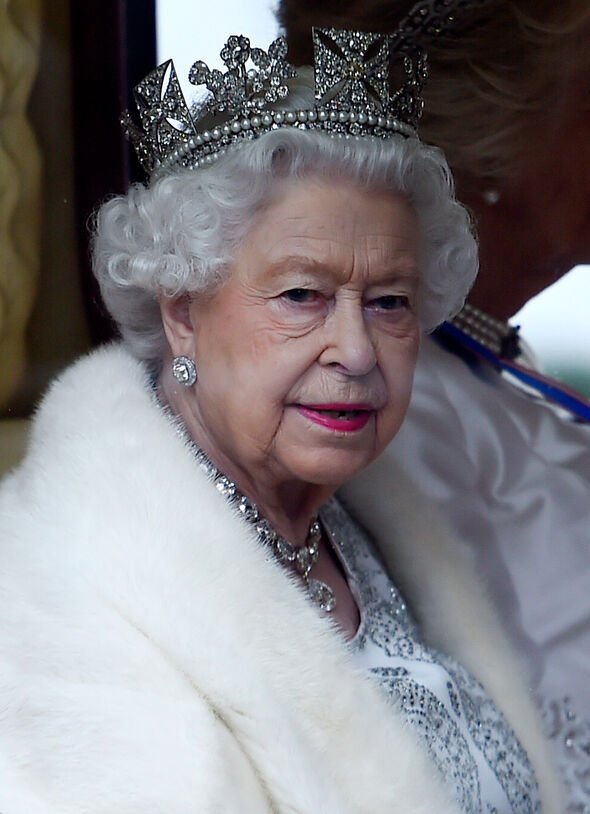 The Diamond Diadem, also known as the King George IV State Diadem, is one of the most recognisable jewels in the royal collection.

For centuries, the Diamond Diadem has been worn by queens and queen consorts to important state events.

The Royal Collection Trust describe the piece as a “silver and gold-lined diadem with an openwork frame set transparent with diamonds”.

“Narrow band edged with pearls, surmounted by four crosses-pattée, the front cross set with a pale yellow brilliant, and four sprays representing the national emblems of England, Ireland and Scotland; roses, shamrocks and thistles,” it added.

The diadem is “set with 1,333 diamonds, including a four-carat pale yellow brilliant in the centre of the front cross”.

The piece was crafted by Rundells in the early 19th Century and at the time cost £8,216.

The late Queen Elizabeth II wore the Diamond Diadem on the way to her coronation at Westminster Abbey in 1953.

In coinage and banknotes portraits, this diadem has made frequent appearances both in the UK and across the Commonwealth. 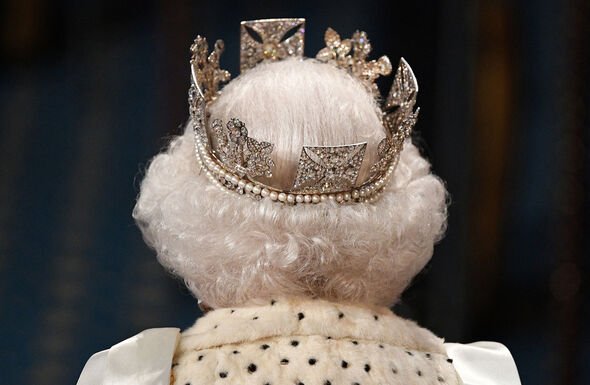 For her final State Opening wearing the diadem in 2019, the Queen accessorised with other equally regal jewels.

The Queen wore the Coronation Necklace, comprised of 25 brilliant-cut diamonds.

The necklace was crafted for Queen Victoria and worn by three subsequent queen consorts at their coronations – Queen Alexandra, Queen Mary and Queen Elizabeth, The Queen Mother.

The Queen also donned a pair of diamond cluster earrings that belonged to her paternal grandmother, Queen Mary. 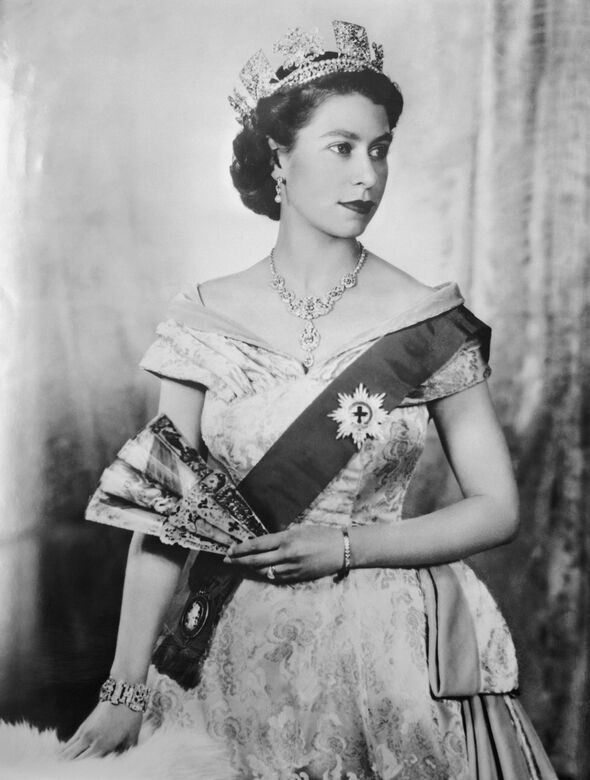 While reading the Queen’s Speech over the years, the Queen often donned the Imperial State Crown.

The Imperial State Crown was crafted for King George VI for his coronation in 1937, and it is adorned with several precious gems.

Two such gems are the Cullinan II diamond, which weighs 317.4 carats, and the Black Prince’s Ruby.

The Imperial State Crown rested on the Queen’s coffin during the lying-in-state and her funeral procession last month.