David Beckham has always been a major male style icon. But we never thought we’d see the day he became a makeup role model. Gracing the cover of the latest issue of Love magazine, Beckham wore bright teal eyeliner. And we’re here for it.

Against a bright red and pink backdrop, the retired soccer player’s almost-neon eyeliner pops alongside with his neck tattoos. On anyone else this choice would be totally edgy. But in true Beckham form, he looks completely sharp and classy wearing a cream-colored suit jacket and a collared shirt unbuttoned at the top. Pulling it all together is his as-always well-groomed beard and fresh cut. The entire look is giving us major David Bowie vibes. 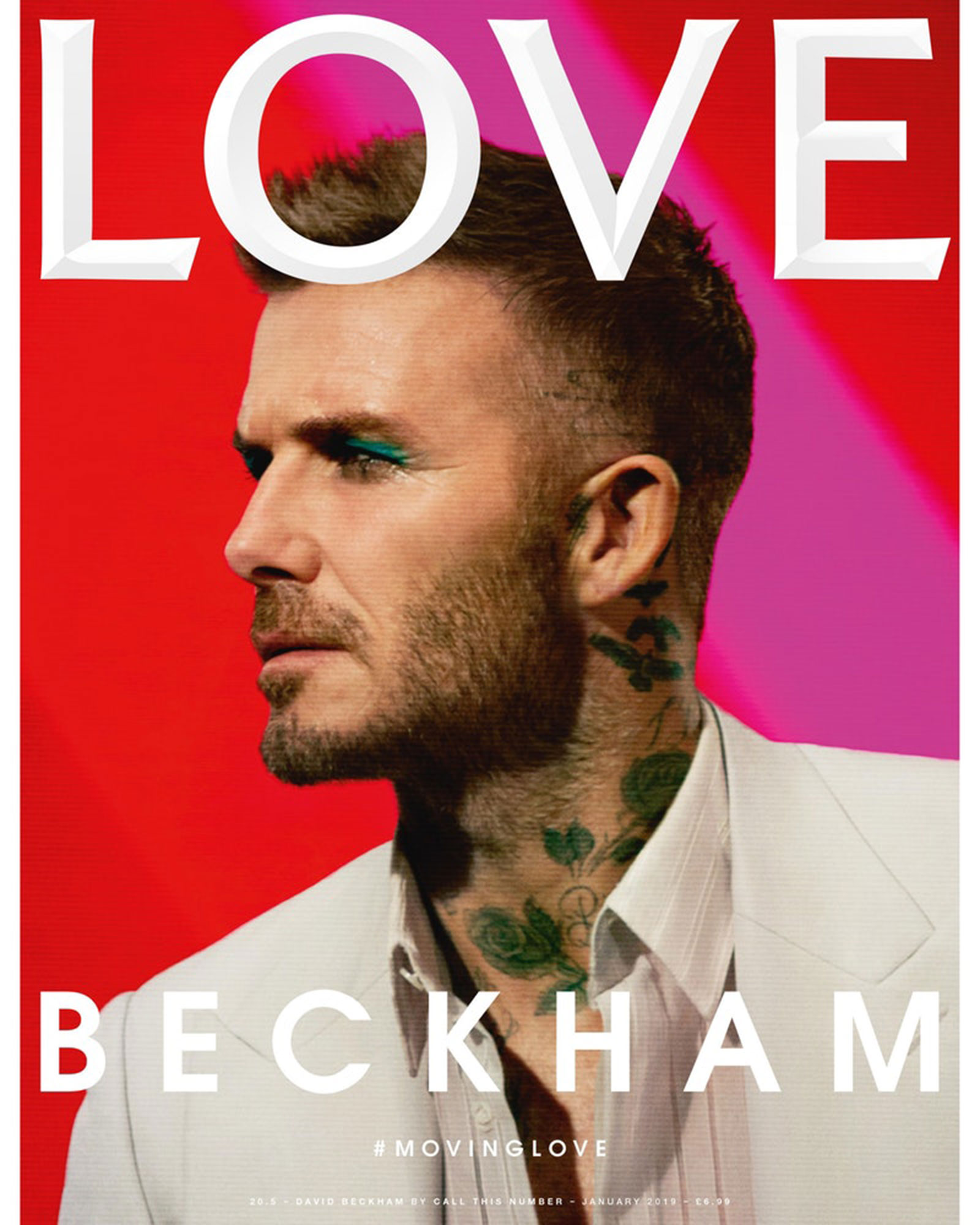 Love magazine quotes part of their interview in the caption where Beckham talks about his self-confidence, or lack thereof. “I was always that kid in the corner that didn’t really say much. I knew that once I was on the field, I was confident. It was all I ever wanted: to be a professional footballer.” Off the field, Beckham says he wasn’t so sure of himself. Though, we must say, this bold new look says the British athlete found his groove somewhere along the way.

Not to mention, he’s half of one of the chicest couple’s in the world. The other half, Victoria Beckham, was also a fan of this image. Praising it, she reposted the photo on her Instagram account, writing, “Congratulations #LOVE20.5 cover star @davidbeckham wearing @mrkimjones #MovingLove @thelovemagazine X Kisses.”

Hopefully this isn’t the end of Beckham’s beauty journey.