A MAN who has already paid £38,000 in child maintenance was forced to keep paying, after finding out his 'daughter' isn't really his.

The Hull resident, who isn't named to protect the girl's privacy, was devastated when his ex revealed the truth after 14 years. 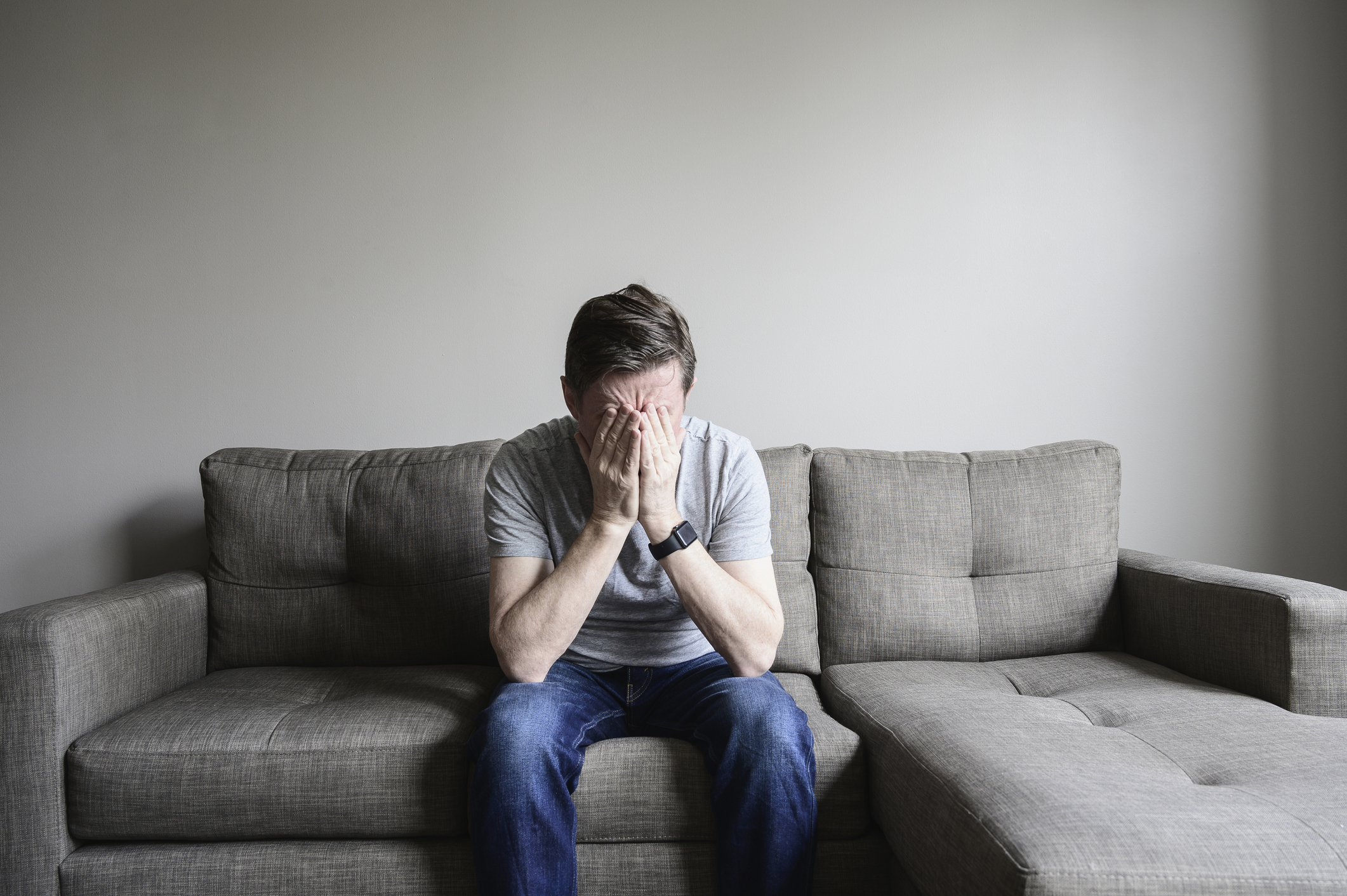 After her confession in October, the Child Maintenance Service (CMS) agreed to close the case for any ongoing maintenance.

But the CMS refused to wipe the dad's £2,000 arrears – which related to a period between March 2014 and October 2018 – despite acknowledging he "is not the parent of this child".

Instead, they recalculated a payment of £36.40 per month to pay off the arrears, which was taken directly from his Carer's Allowance benefit.

Speaking to Hull Daily Mail, the dad, who cares full-time for two disabled sons, said the CMS should be "ashamed" of how they handled his case. 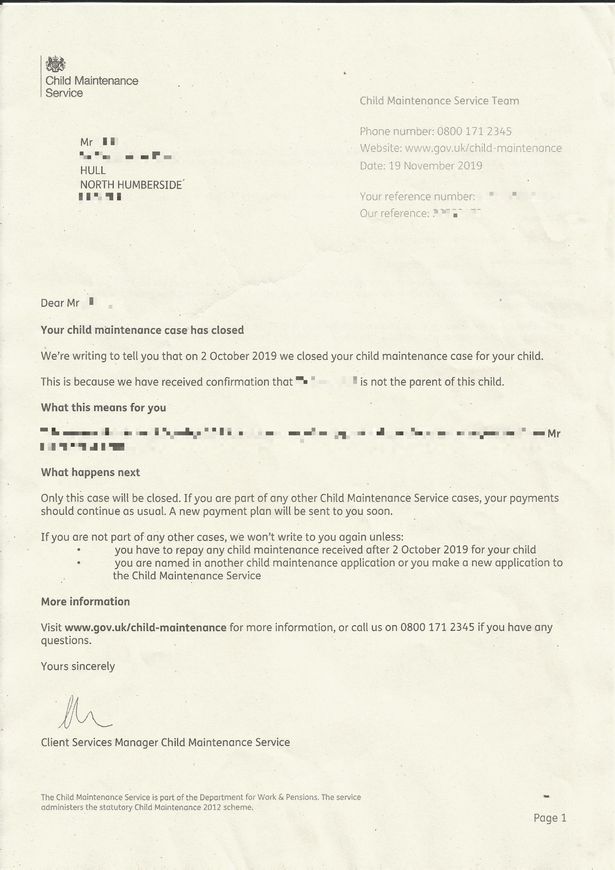 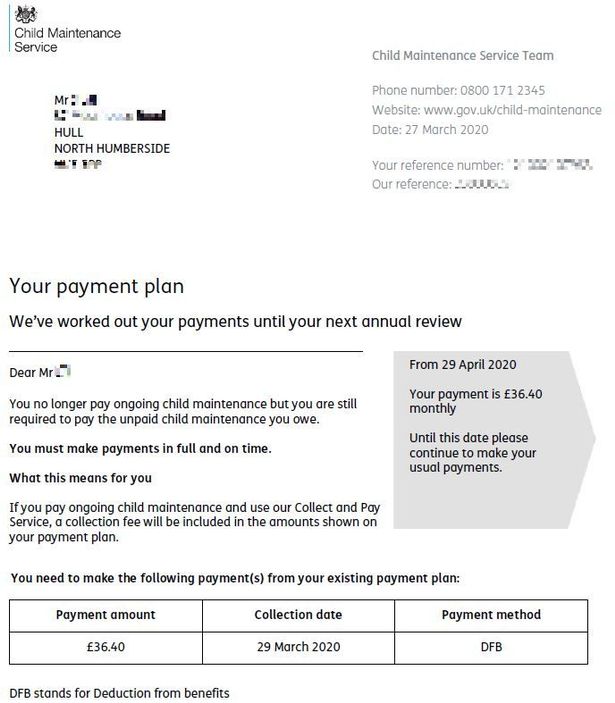 He said: "As someone who is currently paying for a child that the CMS have confirmed is not mine, I think it is very important to highlight how they get away with what is effectively breaking the law.

"At the end of last year my ex told me my daughter was not mine, which considering she was 14 years old at the time came as a bit of a shock.

"I was obviously devastated… I have literally given my ex tens of thousands over the last 14 years… although I am more upset because I loved my 'daughter' with all my heart and did my best for her."

Despite the dad questioning the payments, he says the CMS stood firm on their decision.

The man was told he needed a DNA test to prove he wasn't the girl's father. He agreed, but the girl's mum didn't respond to requests.

Commenting on their handling of his case, he added: "It is a farce and the CMS should be ashamed."

Hull West and Hessle MP Emma Hardy urged the Department for Work and Pensions (DWP) to "urgently review" the case, but the CMS said the man was still liable to pay the arrears.

The man, who is not on the girl's birth certificate, said he was "shocked" at the decision, adding: "How can I possibly owe money if I am not the father?"

After the Hull Daily Mail publicised the bizarre decision, the CMS agreed to wipe the man's arrears.

A spokeswoman told Hull Live: "Arrears were incurred before the case was closed in October 2019. Following our review of the case, we have decided that (the dad) does not have to pay arrears." 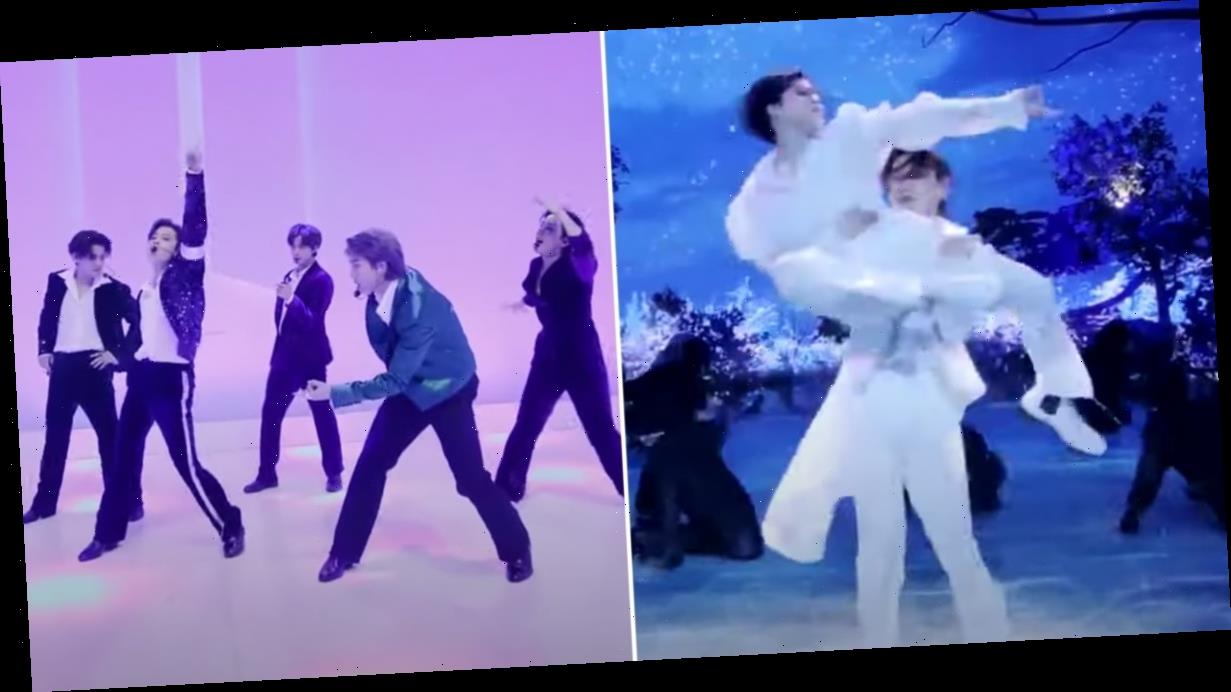