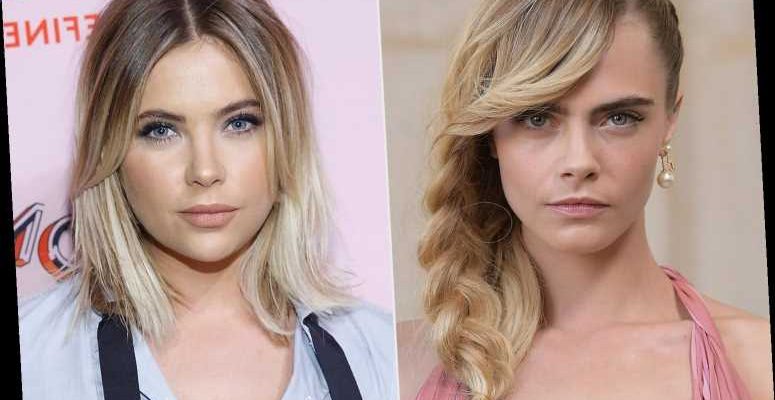 Delevingne confirmed their relationship in June 2019, right before the TrevorLIVE Gala when she told E! News that she shared an Instagram video kissing Benson in honor of the Stonewall Riots’ 50th anniversary and their one-year anniversary.

“I don’t know because it is Pride, it’s been 50 years since Stonewall happened and I don’t know,” she told the outlet. “It’s been just about our one-year anniversary so, why not?”

The supermodel then opened up about being in love in the October 2019 issue of ELLE UK, telling the magazine, "It just feels incredible when you’re not alone, when you’re facing the world with someone else.”

“I don’t want to be so secretive that people think I’m ashamed of anything. But I’ve never been in a relationship where things are so public, or where I posted pictures of someone else,” she continued. “This seemed different. We had gotten to the point where we had kept it a secret, or at least not wanted attention, and now I feel like I’m not going to not be proud.”

“I think [privacy is] the best way in any relationship,” Benson said. “I’ve always been very private about them, and I think it’s just better.”

“I mean it’s hard, I don’t know, you kind of can’t get away from that if you’re in the public eye,” added the actress. “I just kinda try to keep myself as private as possible.”

Delevingne previously dated indie rocker St. Vincent before the pair split in 2016. While Benson was linked to Justin Bieber's Drew House business partner and longtime friend Ryan Good on and off from 2011 to 2016.