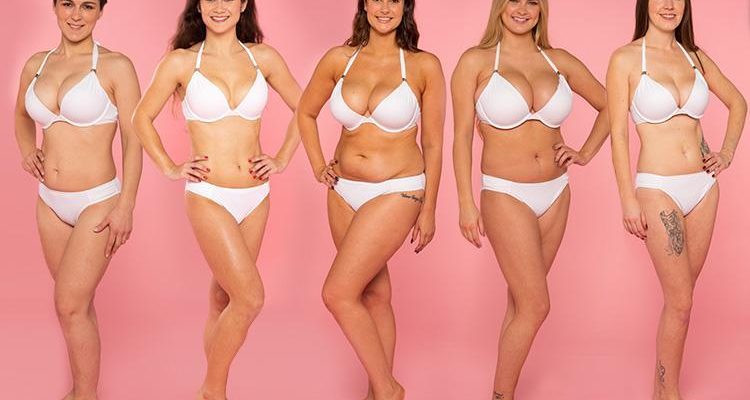 But more often than not, it seems women aren’t happy with their lot. 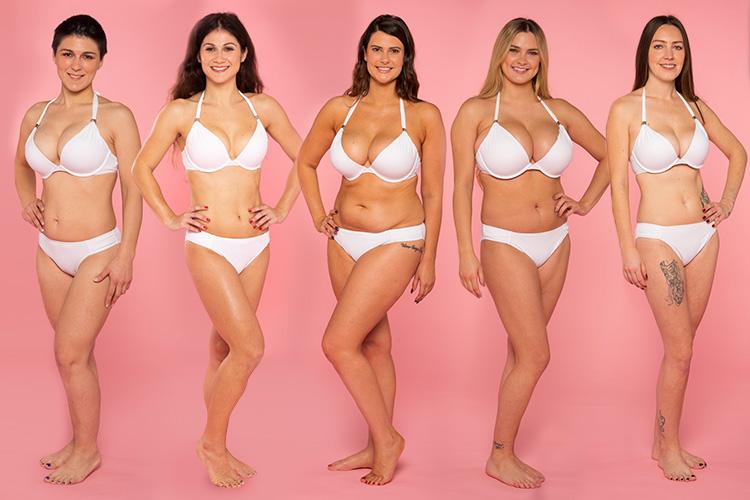 In fact, more than 8,000 breast augmentation surgeries were performed in the UK last year, up 6 per cent from the previous year, according to the British Association of Aesthetic Plastic Surgeons (BAAPS).

But away from Love Island life and Towie plastic-fantastics can you really tell the difference between a fake and a real pair?

We asked five women to show off their assets; some who paid for them, some of whom would pay to get rid of them and some who wouldn’t change a thing.

Here are their stories…

‘Pole dancing made my boobs bigger'

Travel agent, Silvia Fontana, 27 is married to Tom, 33 a telecommunications engineer. They live in Aldgate, East London, with their one-year-old son Luca. She has REAL boobs. 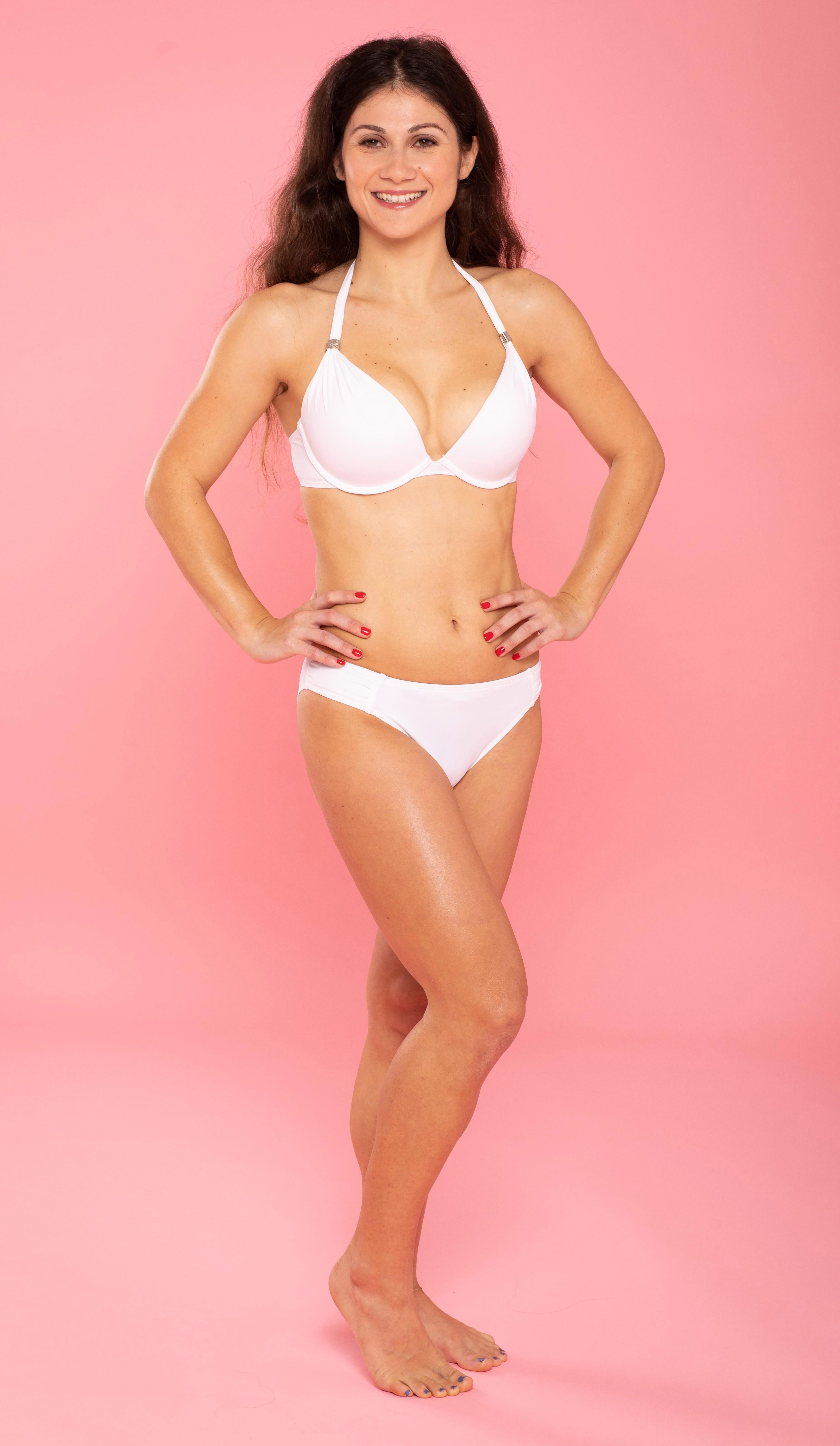 My breasts are 34C and I have always been happy with their size.

After I stopped breastfeeding I did notice they were slightly smaller. They aren’t as full as they were before I became pregnant.

But, when I look in the mirror, I like what I see. The size of my breasts is in perfect balance with the rest of my body.

My husband is very happy with my body, too. He always has been, even when I became a mum. 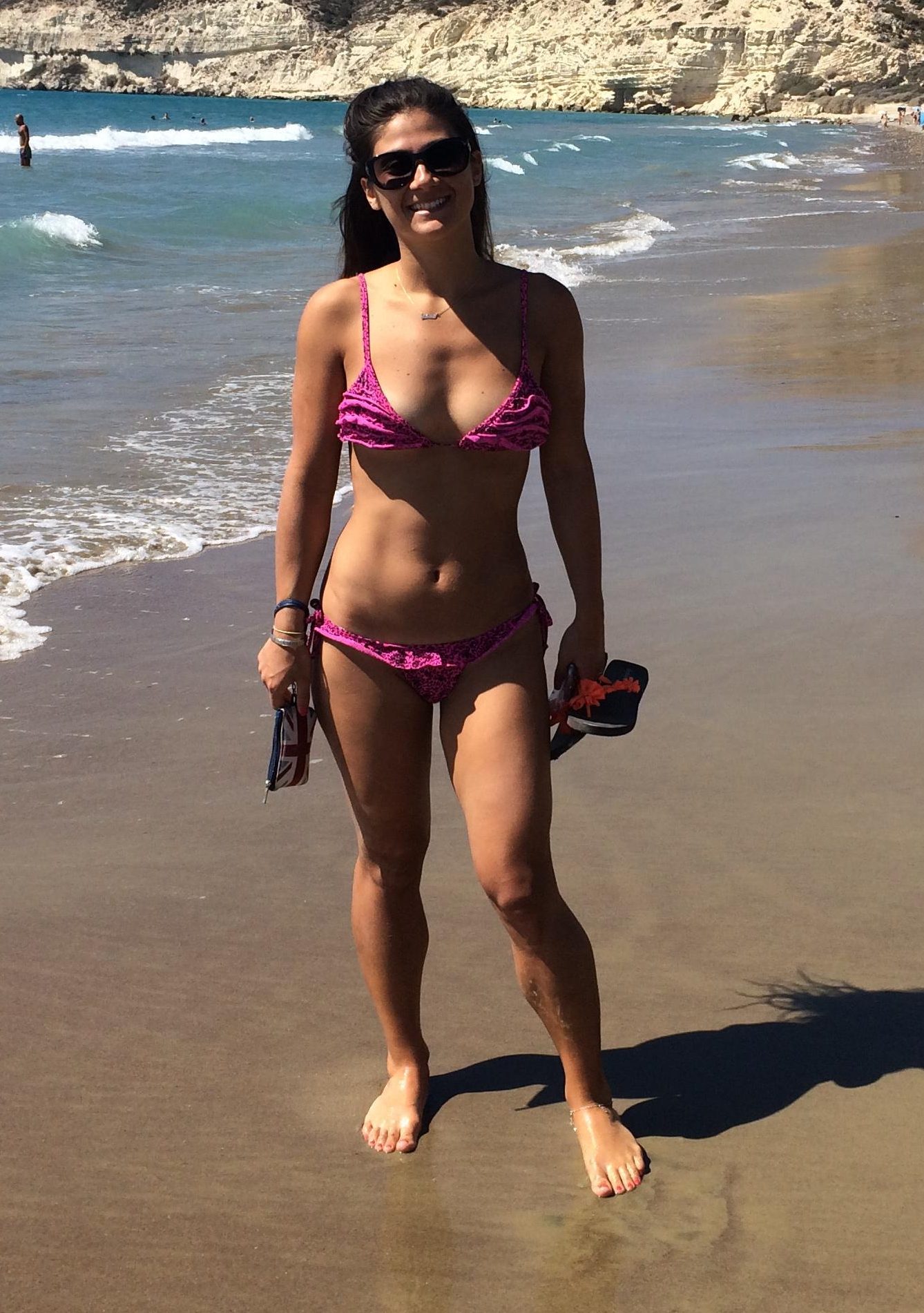 I have never thought about having a boob job surgery. It would be too scary to go under the knife. I am surprised so many do it.

I am training to be a yoga teacher and I need to wear comfortable clothing. Luckily the stretchy supportive outfits I wear accentuate my bust really well, too.

My theory is that us women can naturally change the size of our breasts.

I used to do pole dancing twice a week. The moves on the pole use the upper body and the work out made a massive difference to the muscles behind my breasts. 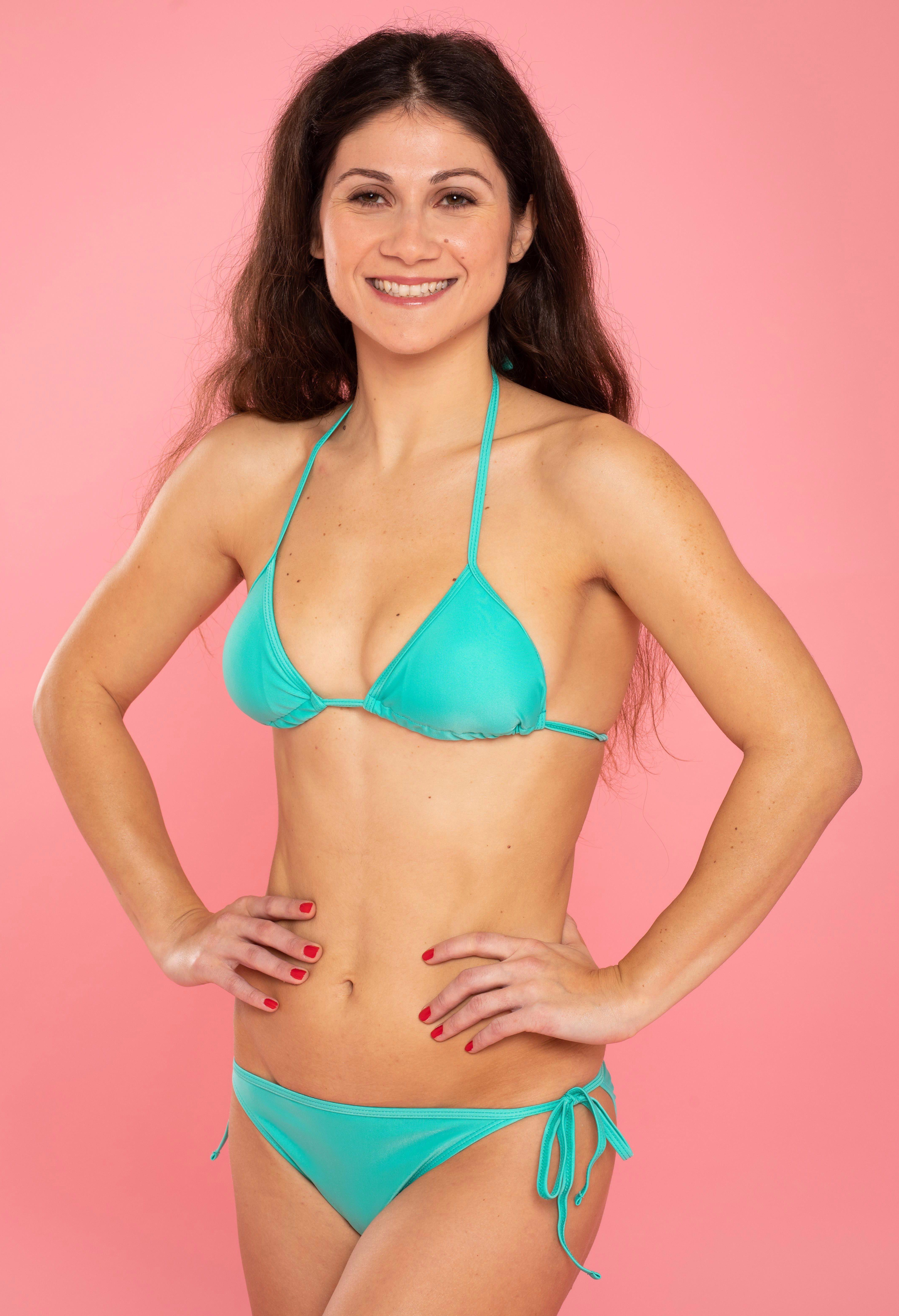 As a result they pulled the breasts up making them look fuller and bigger.

I do consider myself someone who can ‘tell’ if another woman has had her breasts enlarged – especially if she removes her clothes. The big mistake women make is to super-size their chest.

I see so many petite women with big boobs. It just doesn’t work and doesn’t look natural.

‘I have days when I wish they were smaller’

Recruitment consultant Jessica Chorley Burdett, 30, lives in Bournemouth with her two-year-old daughter. Her boobs are FAKE. 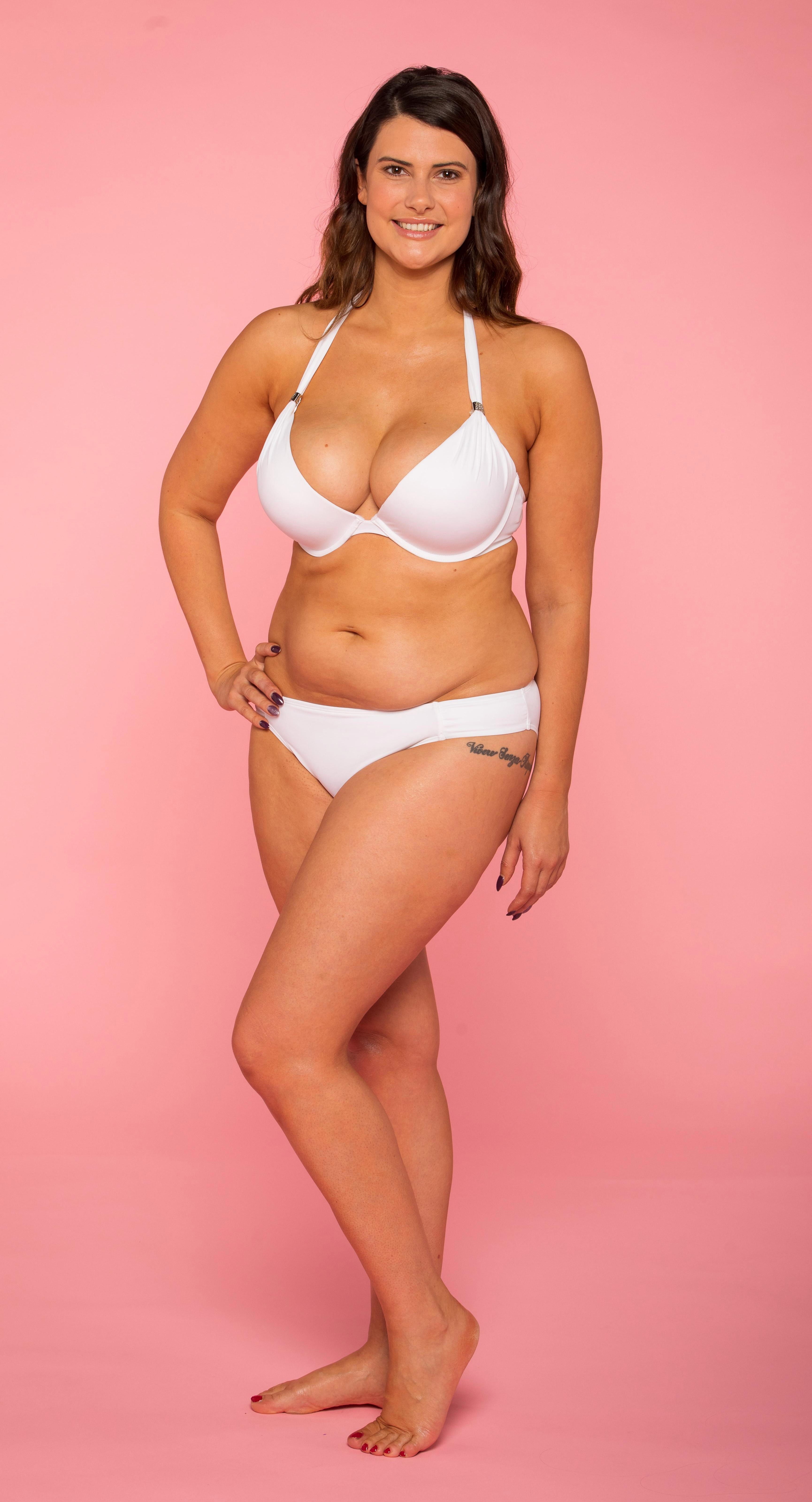 I was bullied during my teen years so I decided to have my boobs enhanced when I turned 21.

She knew how much I wanted them done and even looked after me during the seven days recovery period afterwards.

I went from a small 34D without any volume to a 34E. The surgeon was encouraging me to go bigger, but I’m glad I stuck to my guns.

At first I hated them! I hadn't realised they'd swell during the first few days. 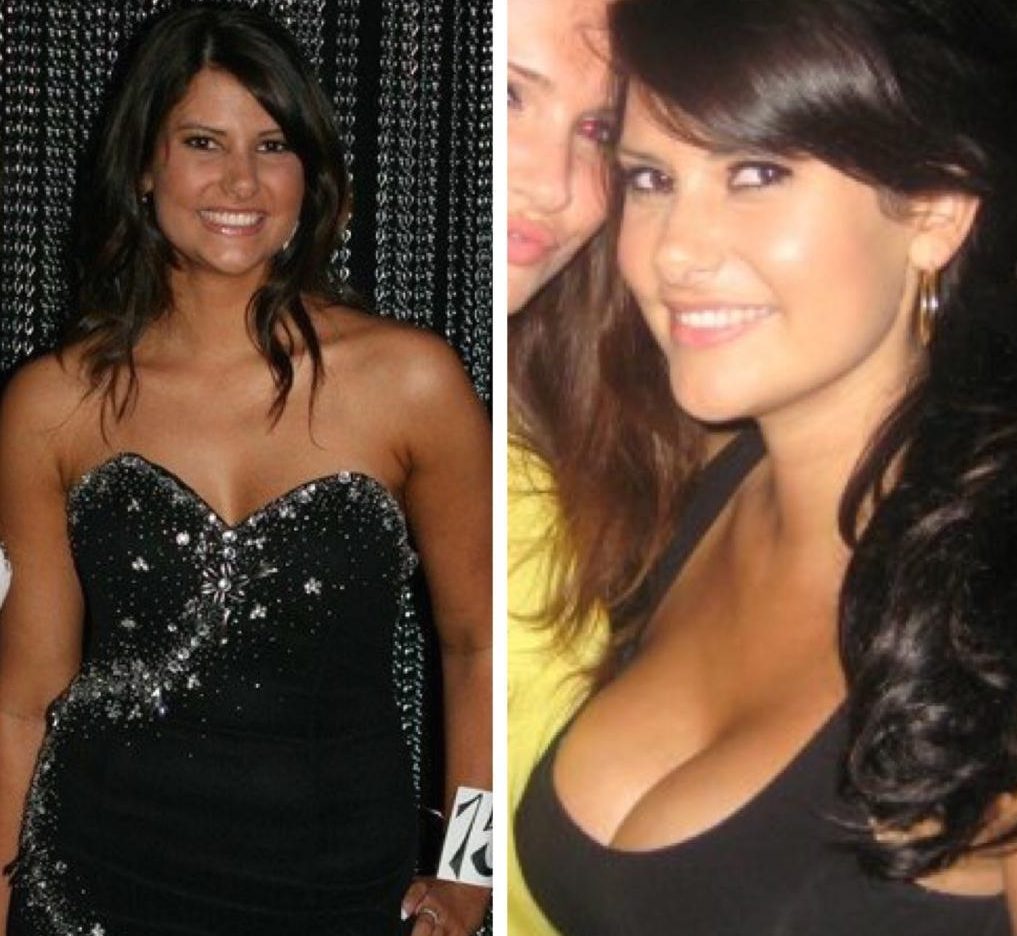 But once they settled down I began to appreciate the difference the implants made.

The volume gave me more shape and I started to enjoy how my chest looked in clothes.

During my early twenties I loved dressing to enhance them when I went out with my girlfriends.

When I turned 25 I realised that if I dressed a certain way men would just talk to my chest. I covered them up most days and especially when I was at work.

When I fell pregnant in my mid-twenties my breasts ballooned throughout each trimester going up a cup size every three months. By the time I was due to give birth they were massive – I went to a G.

Fortunately I went back to my E after giving birth to my daughter. While I did try to breastfeed, she wasn’t having any of it and refused to latch on. 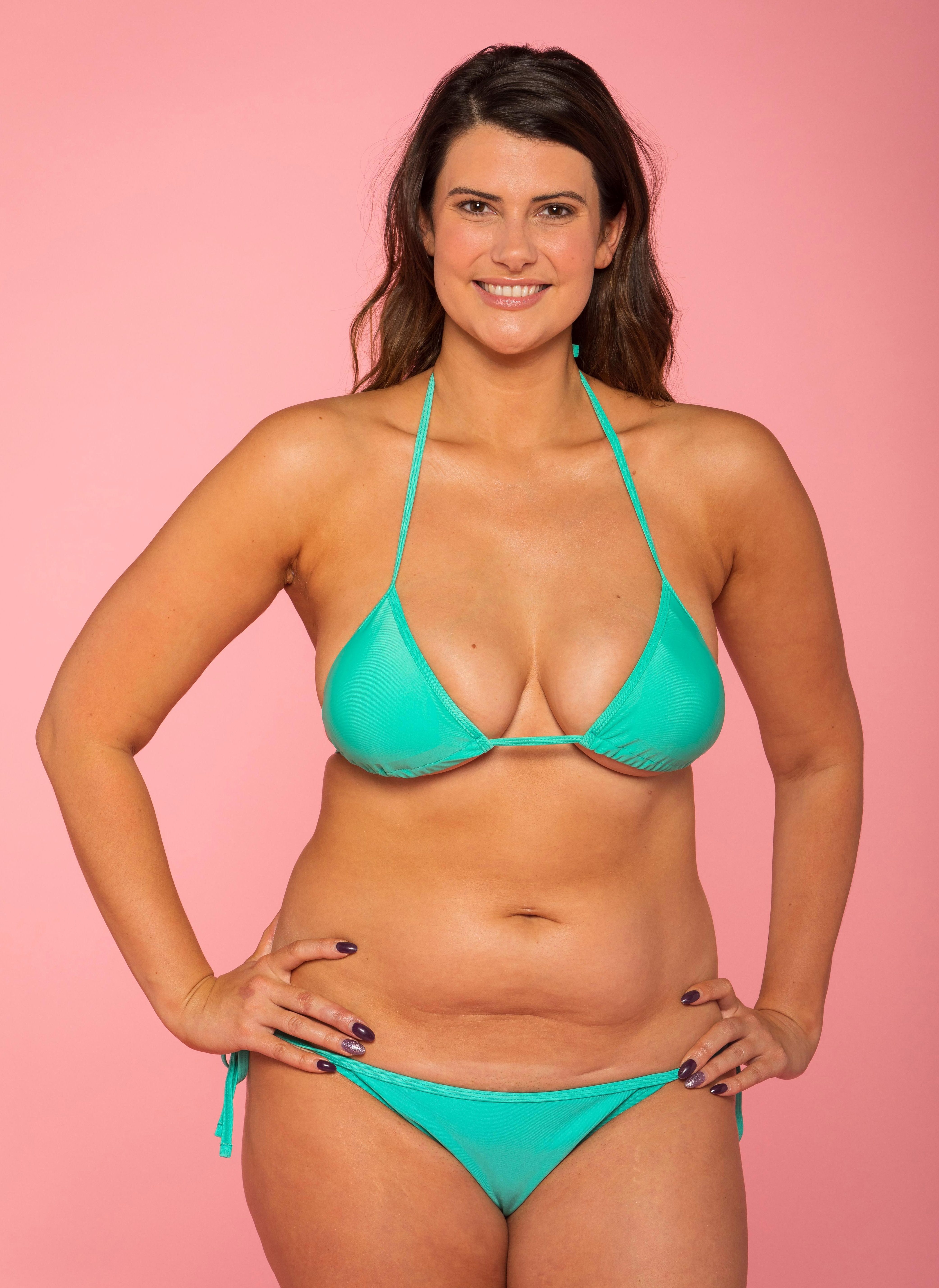 It's rare, but there is the odd day I’ll look at them in the mirror and wish they were smaller.

People are surprised and generally positive when they find out I have implants. They don’t look "stuck on" is a common thing I hear.

They do make me feel more confident in myself. While I’d like to lose a few extra pounds all over, I’m really happy with how I look today.

When I had them enlarged it was never about the physical aspect, it was about how I psychologically felt about my body.

Today my breasts are still quite perky and have survived having a child. A decade after having them done I do still like them and I don’t regret my decision.

‘I hate my boobs – I’m saving to have them reduced’

Dancer and model Samantha Fisher, 27 lives in Kent with her boyfriend. Her boobs are REAL. 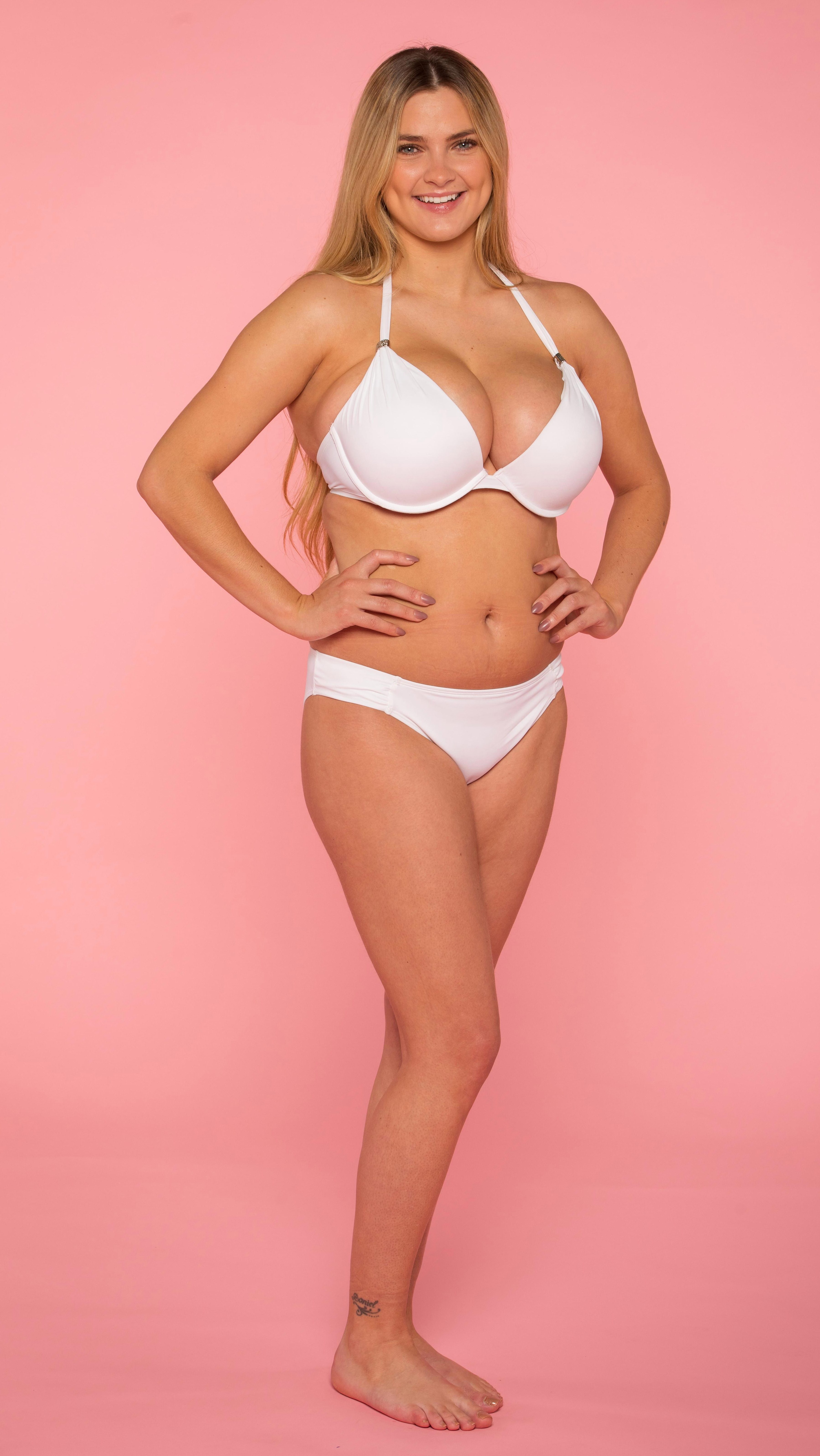 I’m a 32G and if I think back I can’t ever remember not having big boobs. I went to an all-girls school but my boobs started to grow before all my friends and didn’t seem to stop.

I hated them then and I hate them now.

After school I trained as a dancer and musical theatre performer, but I’ve spent years going to auditions with them bandaged up and strapped down.

Even if I did get the job often I’d lose it once I went for my fittings. They’d realise I had boobs and if I didn’t fit the costume, I’d be out. I’ve lost out on a lot of work because of them.

Start your Monday the right way. Shot by the amazing ? @mayphotography7

Ideally, I want to get them reduced to maybe a C or D but the NHS say my case isn’t strong enough, so I’d have to do it privately.

One doctor told me to lose weight. I’m already a size 10 and have never been big but I gave it a go and nothing changed.

I went back and told them it had no effect and they said my boobs weren’t big enough for the reduction and that the side-effects weren’t ‘bad enough’.

I’m now saving what I can to get the surgery done but it’s more expensive than getting a boob job because it’s higher risk. It would set me back about £6,000.

I know there’s a lot of scaring when it comes to having a boob reduction but I don’t care, as long as I had no boobs, I would be so happy. 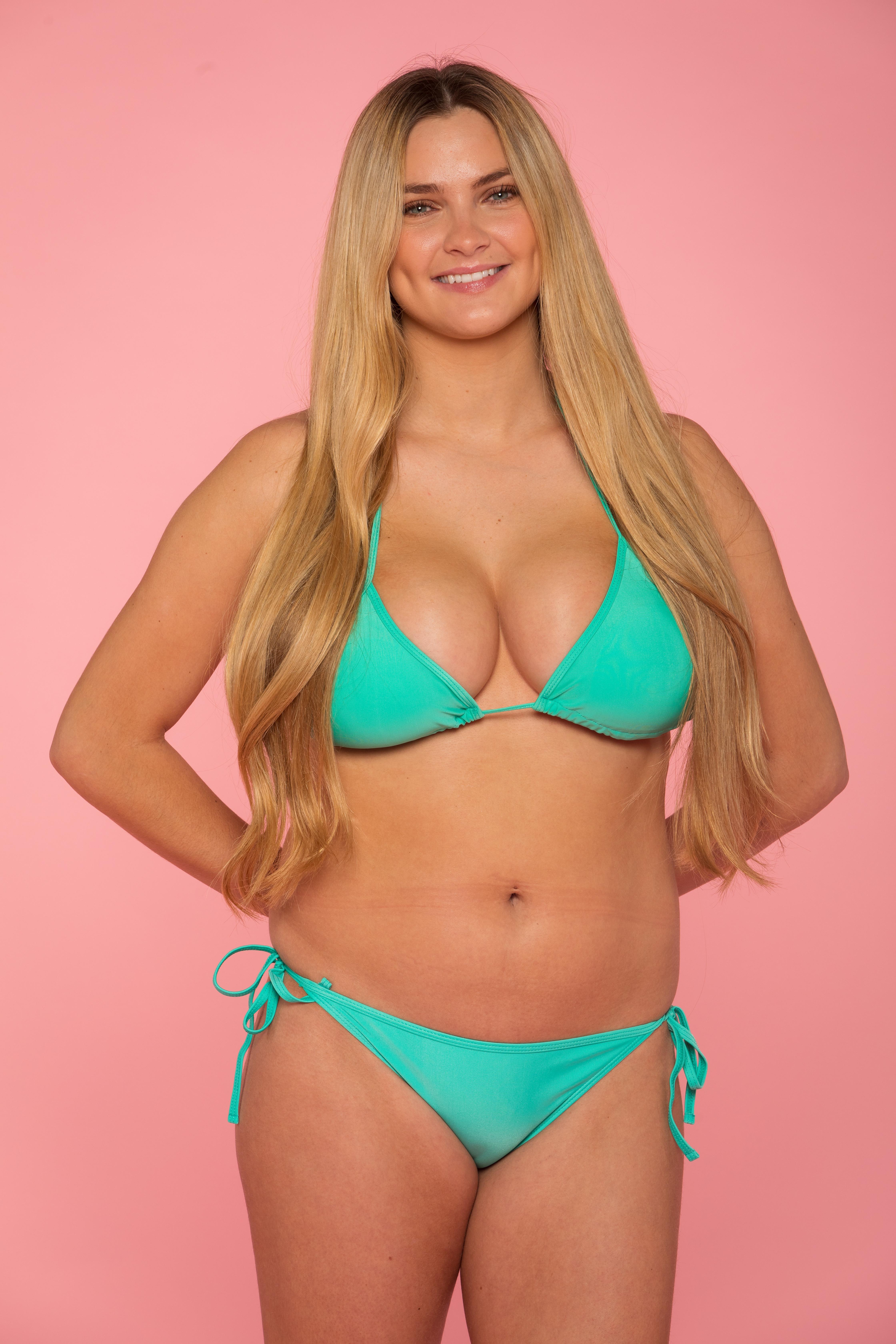 I suffer from a bad back all the time, they are so heavy that my bra straps dig in and sometimes my bra has left cuts on my shoulders because of the weight.

What frustrates me the most is probably the clothes too, loads of fashion at the moment is delicate fabrics which are low cut and when you have no boobs it looks so classy but if I were to wear it, people would be just getting an eyeful and it looks tacky.

It’s one of the reasons why I have my hair so long too – to hide them.

My boyfriend loves them, of course he does, but it’s not like I can buy sexy bras. All my bras I have to get from either from M&S or House of Fraser and one bra would set me back £40, even if it’s just a gross nude one.

For people who go and pay to have their boobs done to be as big as mine I just want to say: don't.

‘I love my small, perky boobs’

Interpreter Borina Vaughan, 32 has FAKE boobs and lives in North London with her two-year-old daughter Gerina. 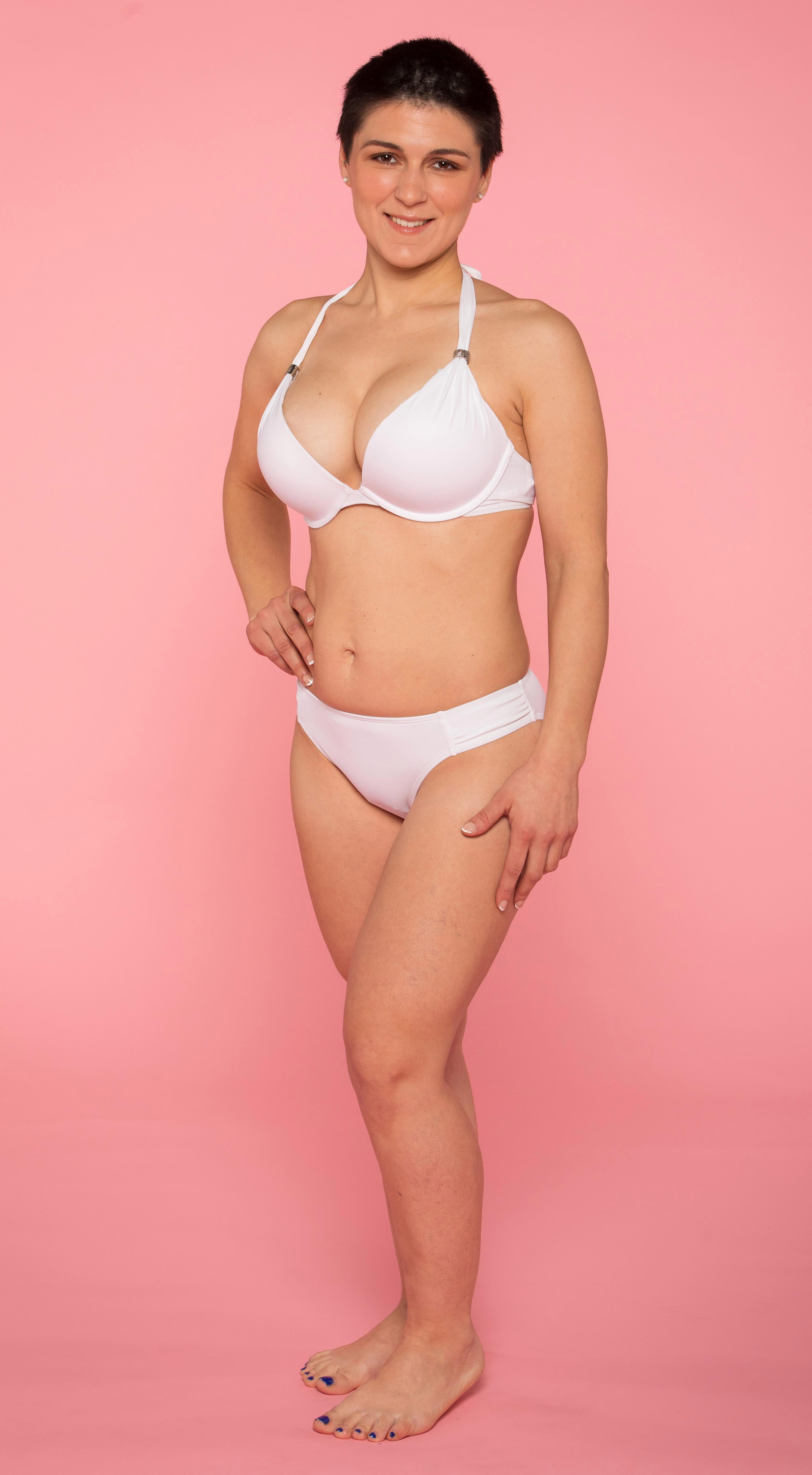 When I finished puberty in my mid-teens my breasts stayed at a 34AA and I was always very self-conscious of them.

I tried not to let it bother me. I’d wear a bikini on holiday with my friends. But in an ideal world I wanted to fix what I saw as a problem area.

I never wanted massive glamour girl ones. I just wanted a small neat small pair of boobs that sat high and perky on my chest. 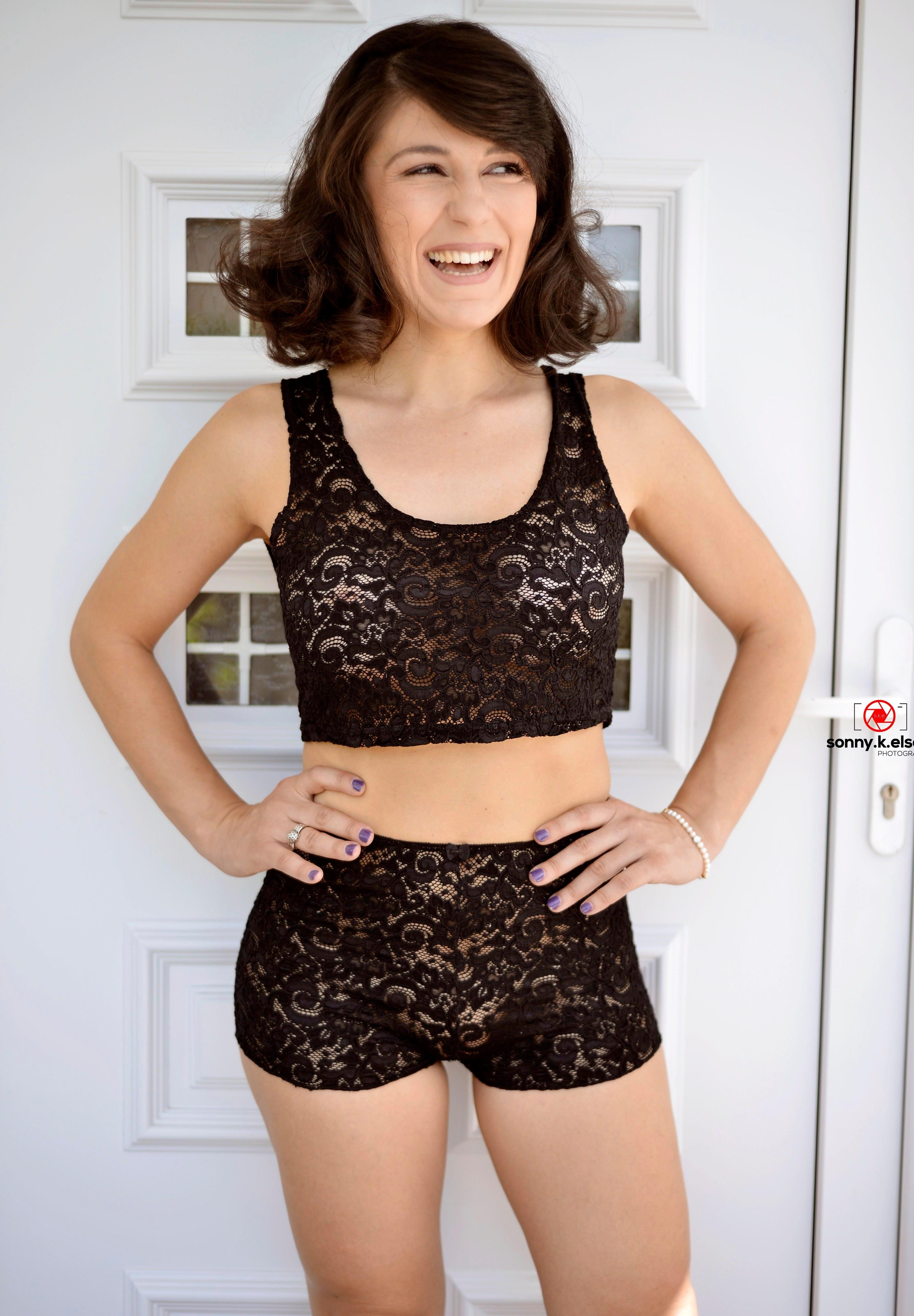 When I fell pregnant eight months after I'd had them done they barely increased in size despite my three stone weight gain.

I breastfed my daughter for six months but within a year of giving birth they went back to their normal size.

I’m someone who only feels confident when her body is as perfect as possible so I worked hard to get my figure back in shape. 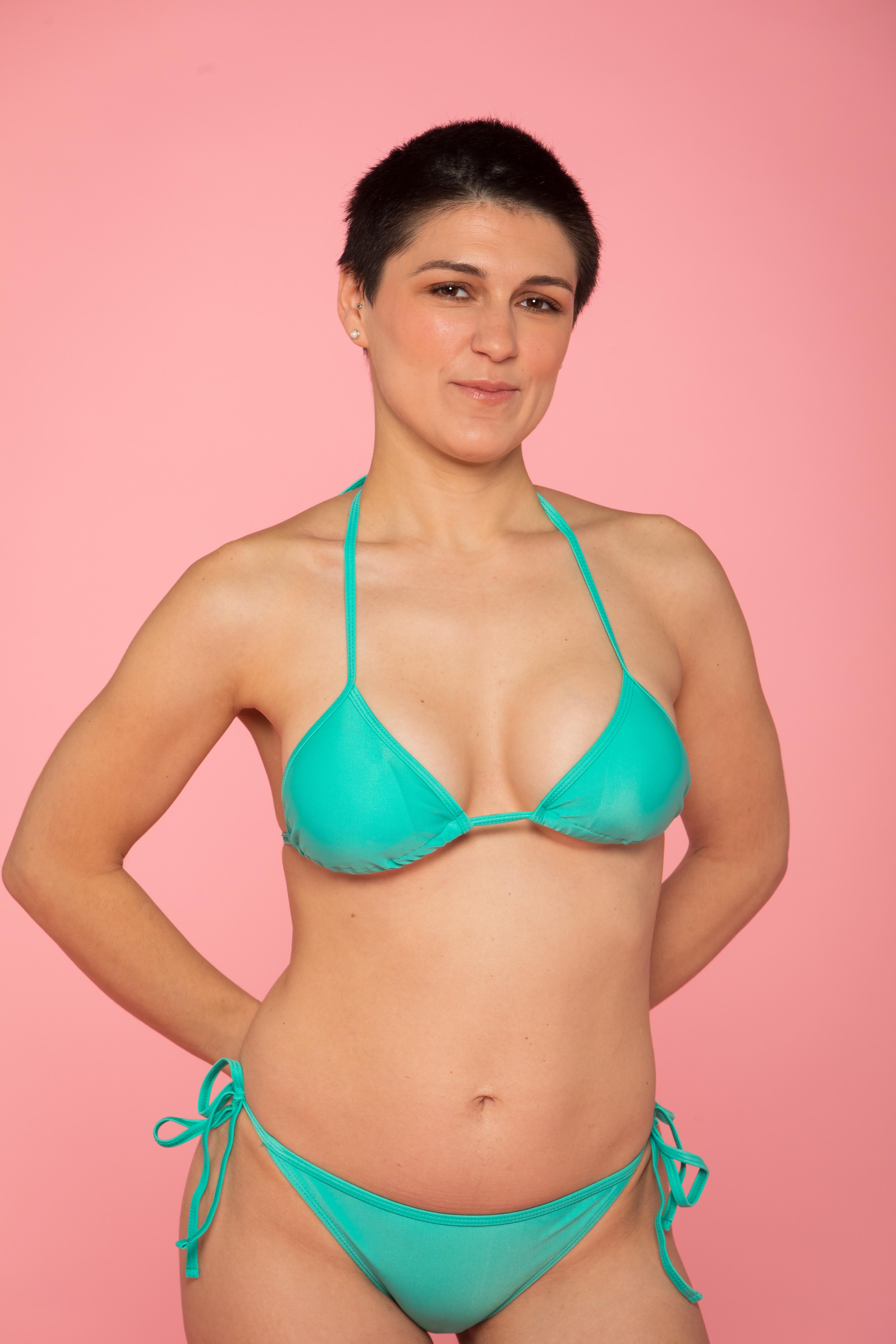 My boobs are sexy but not OTT either -most people don’t realise I have fake boobs. If you say implants – people think enormous Playboy Mansion Bunny Girls. My chest is discreet and small.

They make me feel incredibly confident and feminine too.  I feel like a real woman and that I belong. This small tweak to my body has made me really happy.

I love buying pretty lacy bras, cute bikinis and clothes that show them off.

I'm proof that you can find happiness with yourself and your body by going under the knife."

Actress and model Lucy Madgwick, 31, has REAL boobs and is mum to nine-year-old son Alfie. She lives in Surrey. 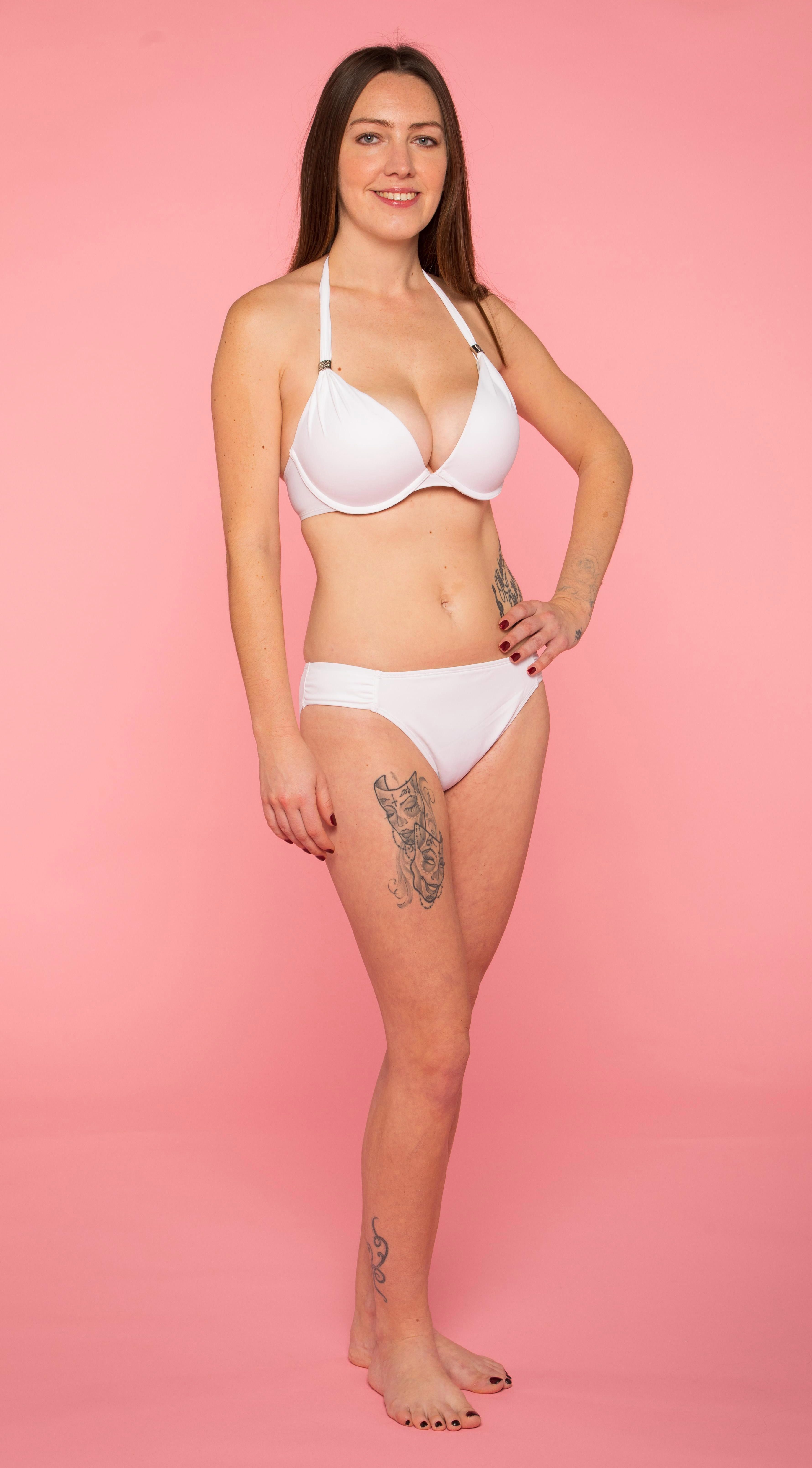 When I was at school I was the first girl to get boobs in my class. They really grew when I was about 16 and people accused me of having a boob job.

I’m now a 32F but they have fluctuated. I had my son, Alfie, nine years ago and they shrunk two cup sizes after I stopped breast feeding him from a 32H.

After I stopped they never really went back to how they were before, they are definitely less perky and I have a few more stretchmarks which I’m really conscious of.

Since having a child my relationship with my boobs has really changed too, especially when it comes to sex. I’m no longer with Alfie’s dad but have had other partners since.

Now though, I find it so weird if guys try to suck or nibble on my boobs.

Since having a kid you have this realisation where you’re like, ‘So, that’s why I have boobs’ and I’m now like ‘No, they’re not here to entertain men, there here to raise a baby.’ 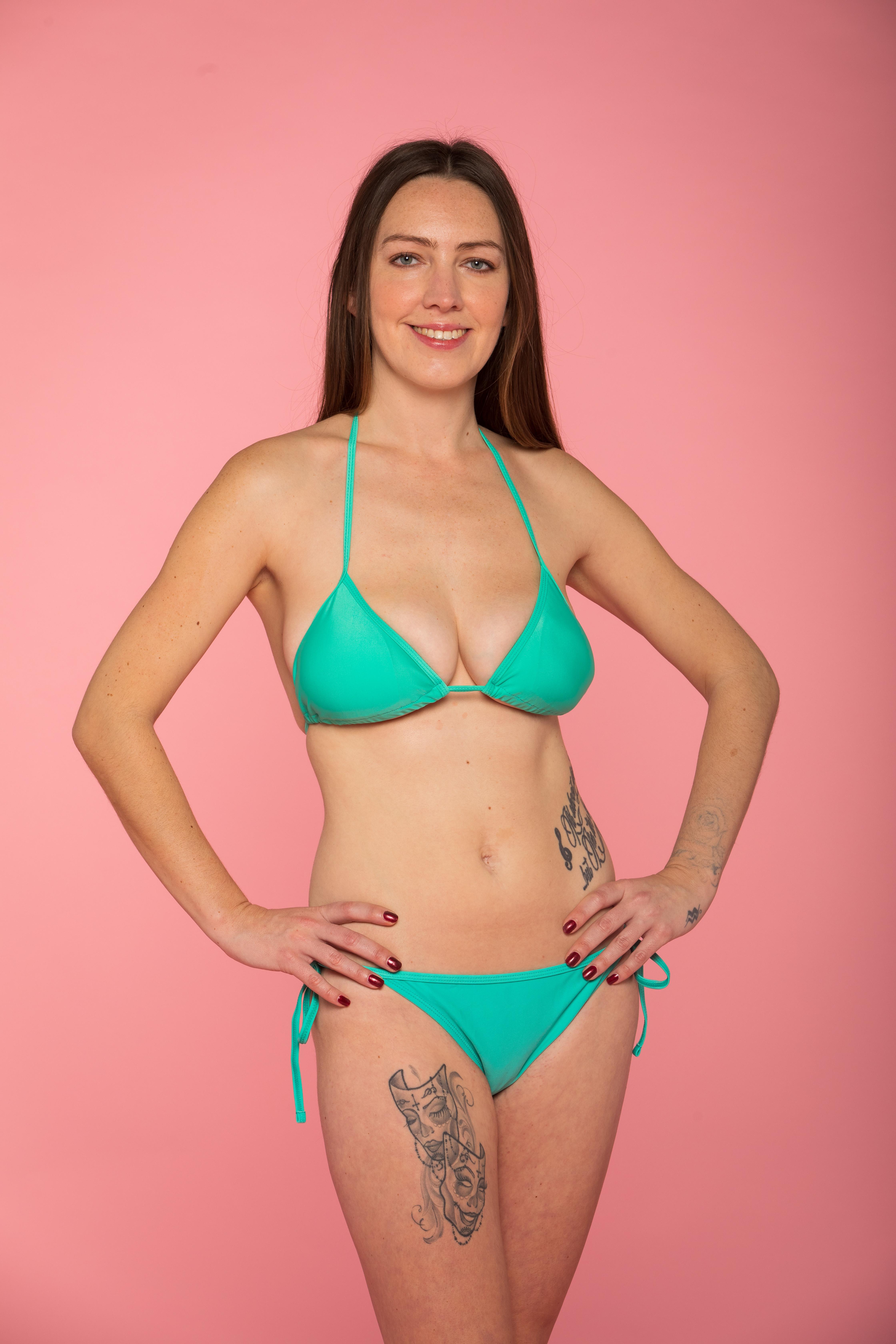 To be honest, my boobs are just a pain in the a**e, I can’t understand anyone who would want to have a boob job to make them as big as mine.

I suffer from back pain and my bras cutting my shoulders all the time.

I wouldn’t rule surgery out though.  I’d have a lift if I could or have them reduced but there is NO WAY I’d make them bigger.

I used to be a really good runner but that’s gone out of the window – I can’t run anywhere, it’s too painful and I’ve read it’s actually bad for your boobs. Now I have to do more static exercise like yoga.

Despite disliking my boobs I’m very confident in the rest of my body.

Find out what worked and what didn't when journalist Sophie tried six non-surgical ways to boost her boobs – and went up TWO cup sizes in one week.

Or, why not check out woman’s PrettyLittleThing ripped T-shirt exposes her boobs thanks to design fail.

Five women reveal why we love our breasts no matter what they look like and how they learned to embrace their chests.