The anonymous Canadian bride took to Facebook to seek advice from family and friends to help get her through the wedding day, revealing they were planning to tie the knot this Saturday. 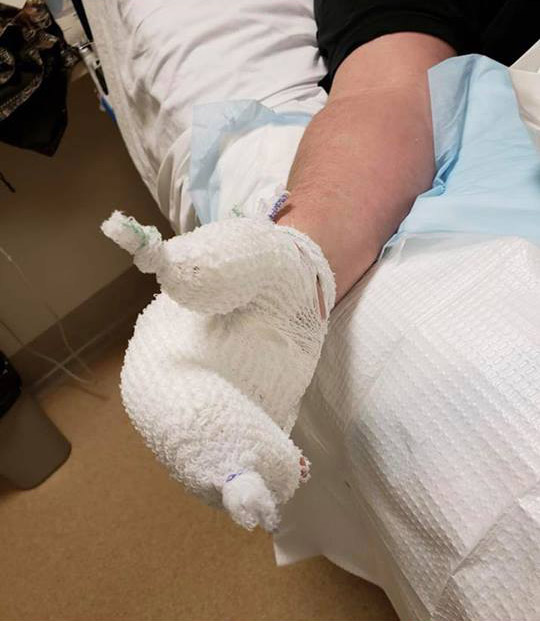 She revealed her fury at having to spend more than five hours overnight at the hospital after her fiance returned from his stag do with the severe burns.

The angry bride also shared a picture of her husband-to-be lying in a hospital bed with his injured hands bandaged up following the incident.

"My fiance came home yesterday from his bachelor party weekend at a cabin," she wrote. "He had severely burnt BOTH of his hands.

"We ended up being at the hospital for five-and-a-half hours last night getting him treated. We are getting married THIS Saturday. 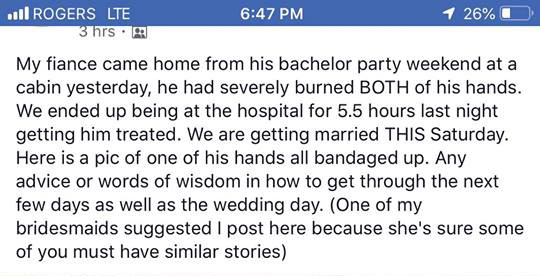 "Any advice or words of wisdom in how to get through the next few days as well as our wedding day?

"One of my bridesmaids suggested I post here because she's sure some of you must have similar stories."

The bride's post has since received over 100 comments from well-wishers, many revealing their crazy stories and others sharing theories of how the burns happened.

While the bride has not confirmed what caused the burns, many have speculated it may have involved a campfire, gasoline or fireworks.

One Facebook user added: "My husband's cousin burned a good bit of his body at his bachelor party. Some idiot threw a gas can in the bonfire and it blew up and the fire went right on him. 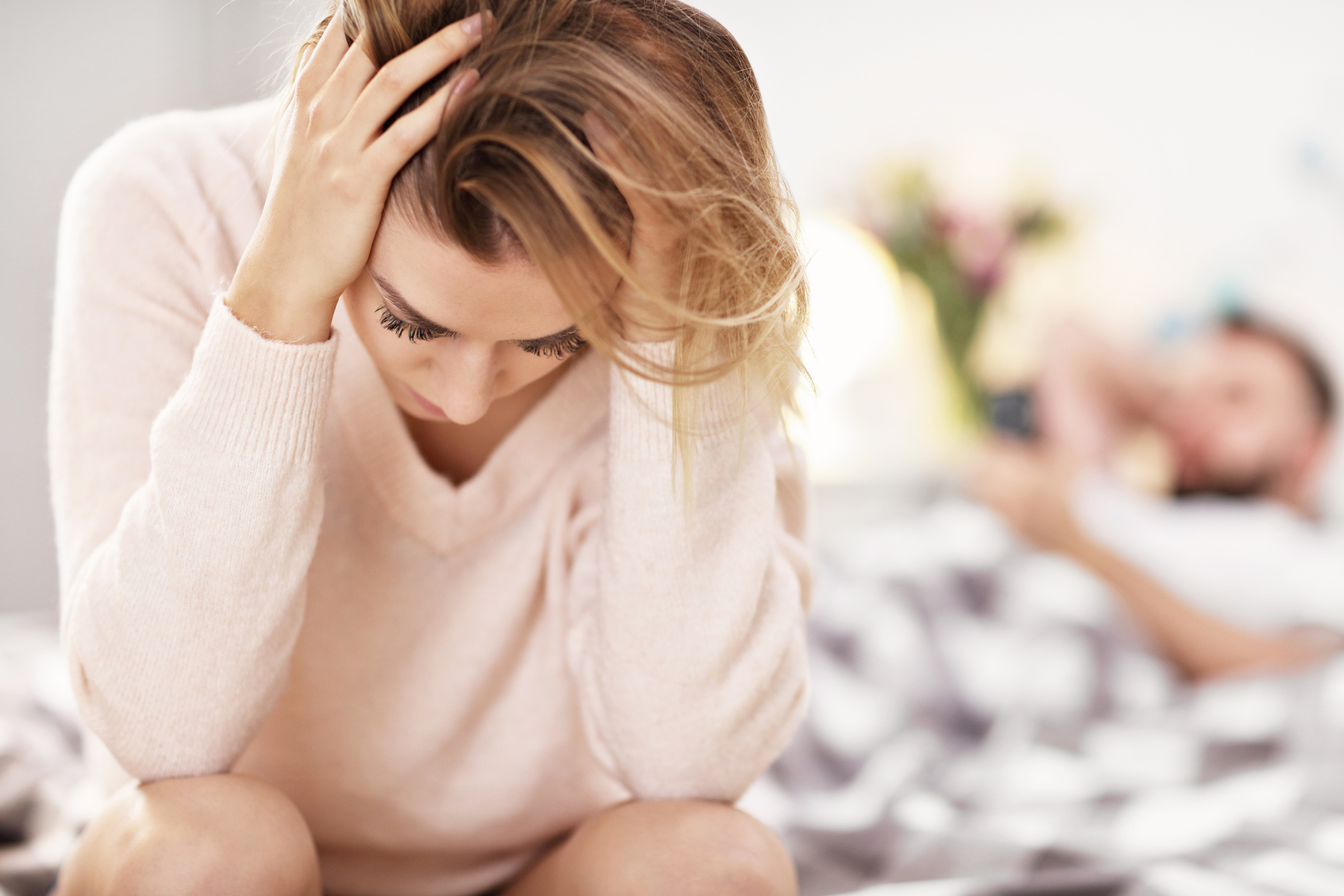 Another added: "I'm more concerned about why his mates didn't take him to hospital to be honest."

While one suggested: "Seriously! This screams cold feet to me. I feel bad for them both actually. But I've worked a few bachelor parties so I can't say I'm surprised."

One user explained they were "completely sober" when they accidentally burnt their hand, so they could only imagine "how dumb people can be" when alcohol is added.

"I once burned my hands at a fire because I was holding a matchbox and went to light one – but for some reason the whole thing went up in flames," they said.

"I had to hold a frozen hot dog to calm it, because my hand was curled when it burned and opening my hand hurt it even more."

Another joked: "When you find out days before your wedding you're about to marry an idiot."

Check out another wedding-day disaster when this groom blew a quarter of his wedding budget on his stag do on Don't Tell the Bride.

And this bride-to-be was slammed as ungrateful after she moaned she's 'disappointed' with 'small £1.3k' diamond engagement ring.

Meanwhile, a woman has been slammed for saying she’d CRY if her fiance proposed with a small engagement ring… so what do you think?