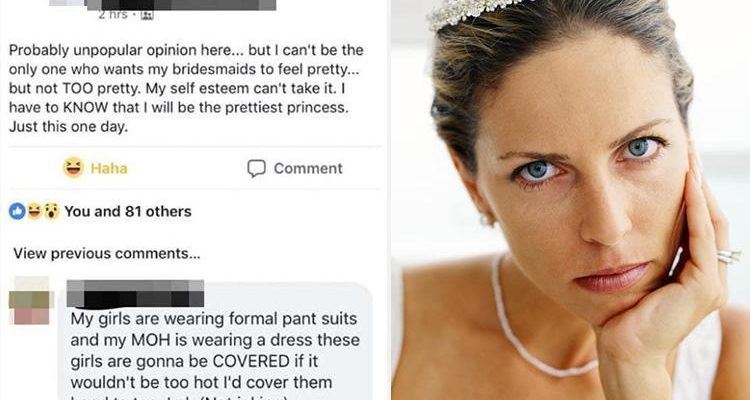 But one woman has revealed that she's deliberately NOT picking anything too flattering – because she doesn't want her friends to look better than her. 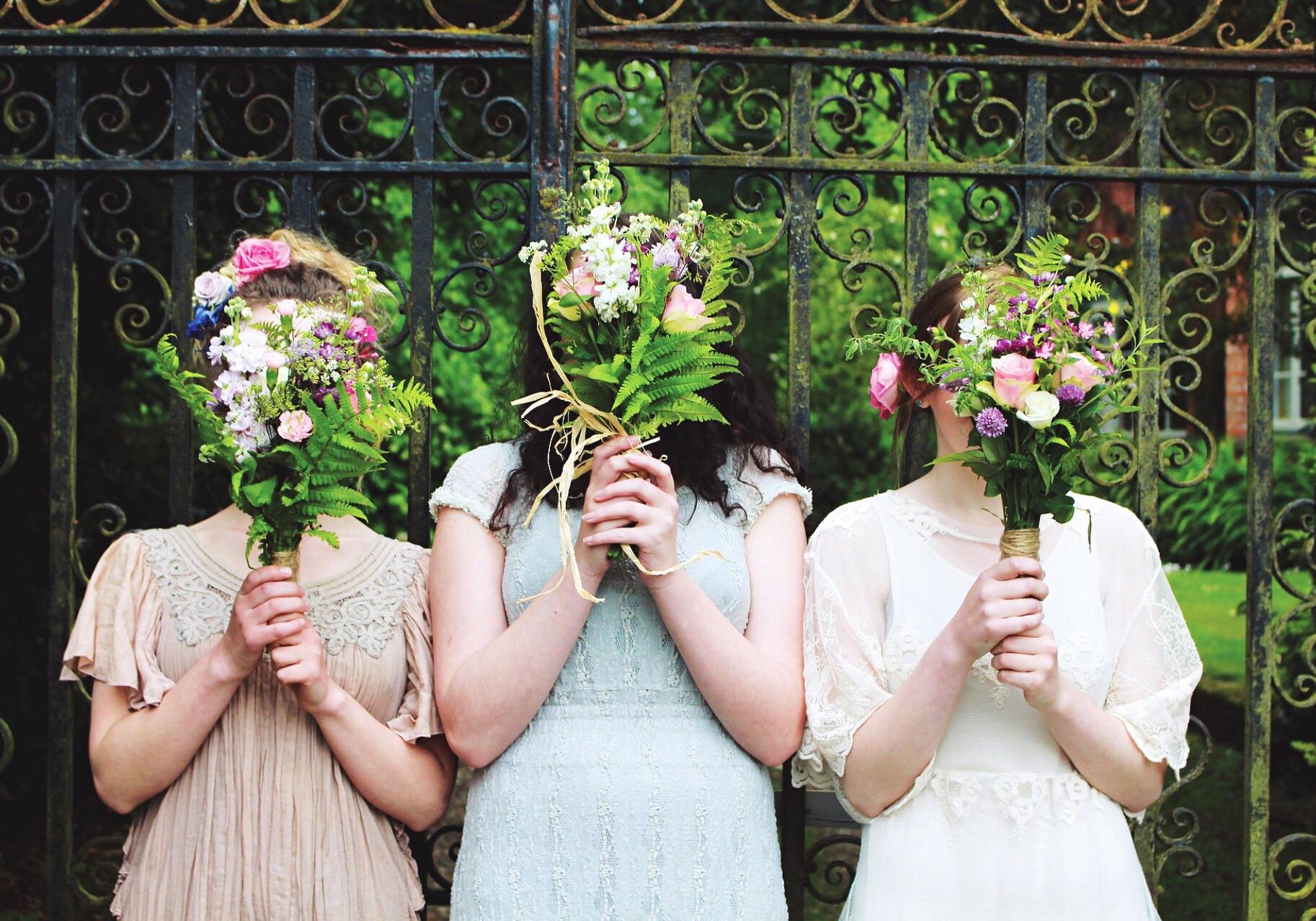 The bride-to-be spoke of her decision in an Australian Facebook group, admitting that she's banned dresses for the majority of her bridal party.

"If it wouldn't be too hot I'd cover them head to toe."

Her post was in response to another future bride, who'd said that she wants to be the "prettiest princess" on her big day. 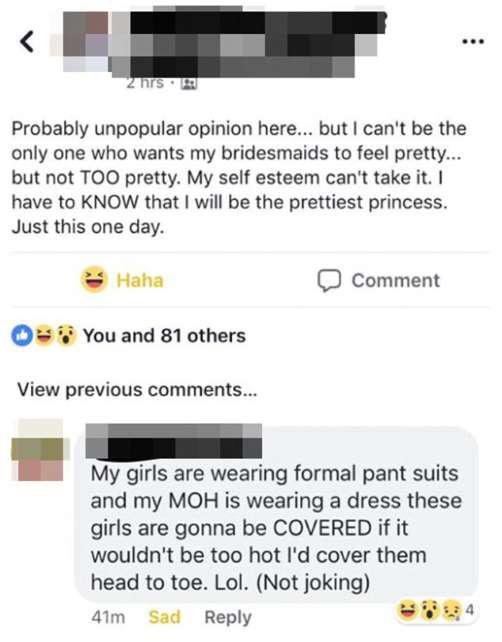 The original poster said: "Probably unpopular opinion on here… but I can't be the only one who wants my bridesmaids to feel pretty… but not TOO pretty.

"My self-esteem can't take it.

"I have to KNOW that I will be the prettiest princess. Just this one day."

As expected, others in the group completely disagreed with the women's thoughts. 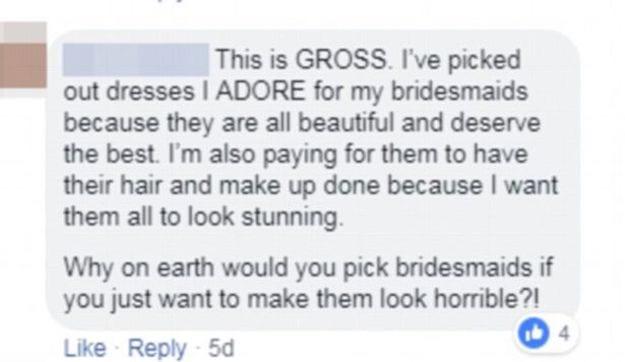 One comment read: "This is GROSS. I've picked out dresses I ADORE for my bridesmaids because they are all beautiful and deserve the best.

"I'm also paying for them to have their hair and make-up done because I want them all to look stunning.

"Why on earth would you pick bridesmaids if you just want to make them look horrible?!"

Another replied: "Imagine being this insecure."

Let's just hope they're happy with how the photos turn out…

Meanwhile, a bridezilla has been mocked for making an A4 list of strict wedding rules and making guests pay for CAKE.

This Disney-mad bride dressed as Cinderella for her wedding… and forced guests to dress up as specific characters.

And people think this innocent wedding photo is much ruder than it is… can you see the cheeky reason why?