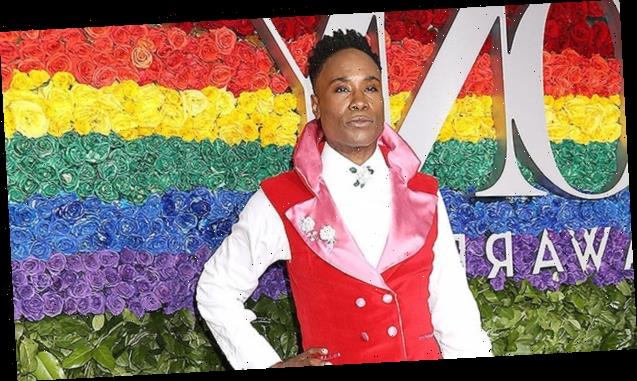 In 2019 Billy Porter established himself as a style icon by hitting the red carpet with one memorable outfit after the other. Now he’s revealing which one he loved the most.

Ask Billy Porter which one of his 2019 red carpet looks is his favorite and he’ll let you know in a heartbeat. For the 50-year-old Pose star it was the floor-length Christian Siriano tuxedo gown that he wore to the Academy Awards in February. “You know I love all my babies,” he told HollywoodLife EXCLUSIVELY when we asked him to pick the outfit that he loved the best during a Dec. 2 interview. “There’s been so many of them and they come so fast and furious but, if I had to say, the marker for change, was the Oscar dress.”

And Billy is very clear about why the fashion moment is his favorite. “A man wore a dress to the Oscars and the world blew up,” he said. “I never imagined that my life would be – what I call – BO AO; Before Oscar and After Oscar. I never thought it would be that. That’s what it is. For my entire life and beyond that will always be in the description of me. Forever. That’s how definitive it’s been. That’s interesting to live it and to know it inside of that moment.”

Billy was busy interviewing his peers as a correspondent for ABC during the network’s Oscars preshow that night so he didn’t see in real time that his dress was causing a sensation on social media. “I was working,” he said. “People forget, I showed up to the Oscars to host on the red carpet. So I was hosting. I was at work when the Internet blew up.” It was Billy’s husband, Adam Smith, and the actor’s stylist who showed him the online reaction an hour and a half later. “Every picture, scrolling up on the phone, was me,” he said. “Every single picture… And I’m 50. I know nothing about that social media stuff. I had to hire a kid to do it for me.”

Billy wasn’t done. He also wowed his fans in May with his fabulous Met Gala 2019 red carpet arrival. His commitment to the night’s theme – “Camp: Notes on Fashion” – would make his Pose character Pray Tell (who loves to declare, “And the category is” on the hit show) proud. Billy took the direction to heart arriving at the event lying on a velvet chaise lounge carried by a gaggle of burly, bare-chested men, like a modern day Cleopatra. Both Billy and the men were dripping in gold and when he finally stepped foot on the red carpet he spread his sparkly wings to reveal a catsuit designed by fashion duo, The Blonds.

Billy is very aware that his bold fashion choices have inspired fans, who have approached him on the street and social media to thank him. “People have been very moved and changed by it,” he said. “I’m just kind of being myself and doing what I want to do finally, because that’s what happens when you’re 50. You have zero Fs to give to anybody and anything.”

As for what fans should expect from Billy on the red carpet in 2020, he’s remaining tight-lipped. He refused to even give a hint about what he plans to wear to the Golden Globes on Jan. 5. “I am working with a designer. That’s all I can tell you right now,” he said. “I’m not teasing any of it. You gotta be surprised. That’s the whole point. I’m not giving nothing away. Just know it will be grand. It will be grand. Know that.”