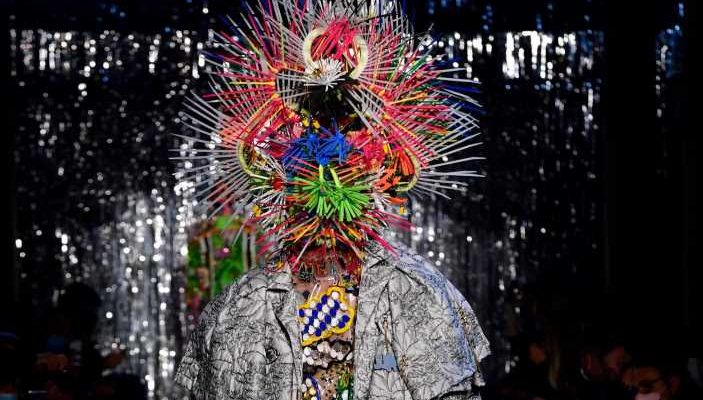 PARIS – Belgian designer Tom Van Der Borght won the Première Vision Grand Prize at the 35th edition of the Hyères International Festival of Fashion and Photography, which wrapped on Sunday, winning over a jury headed by designer Jonathan Anderson, founder of JW Anderson and creative director of Loewe.

In a break with its recent tradition of rewarding graduates fresh out of school, the Hyères jury selected a designer who is already established. Van Der Borght started his fashion education at the age of 30 and established his label in 2013 after graduating from the Stedelijke Academie voor Schone Kunsten Sint Niklaas, a fashion school located between Antwerp and his home base of Ghent.

Faces were obscured by masks covered in transparent sequins or spiky protrusions, and one model – wearing a dress embroidered with slogans including “I’m not a monster” – was carried down the catwalk by two attendants wearing colored masks in Van Der Borght’s likeness.

“What we really, really admired in the work of Tom Van Der Borght is that it was a totally new type of form, new type of shape, new type of commitment to a silhouette and it was uncompromisable,” said Anderson, who has himself challenged men’s wear norms with looks including frill-trimmed shorts and lace onesies.

“And in this moment we are in, we as a jury believe that it was about starting off this new decade with newness, this idea of originality. It was not about looking at something for its automatic commercial sense,” Anderson continued. “It was about the beauty within fashion, the handmade, the technique and the risk in it. And I think Tom has really achieved something in what he has done and I think he will go on to do very well.” 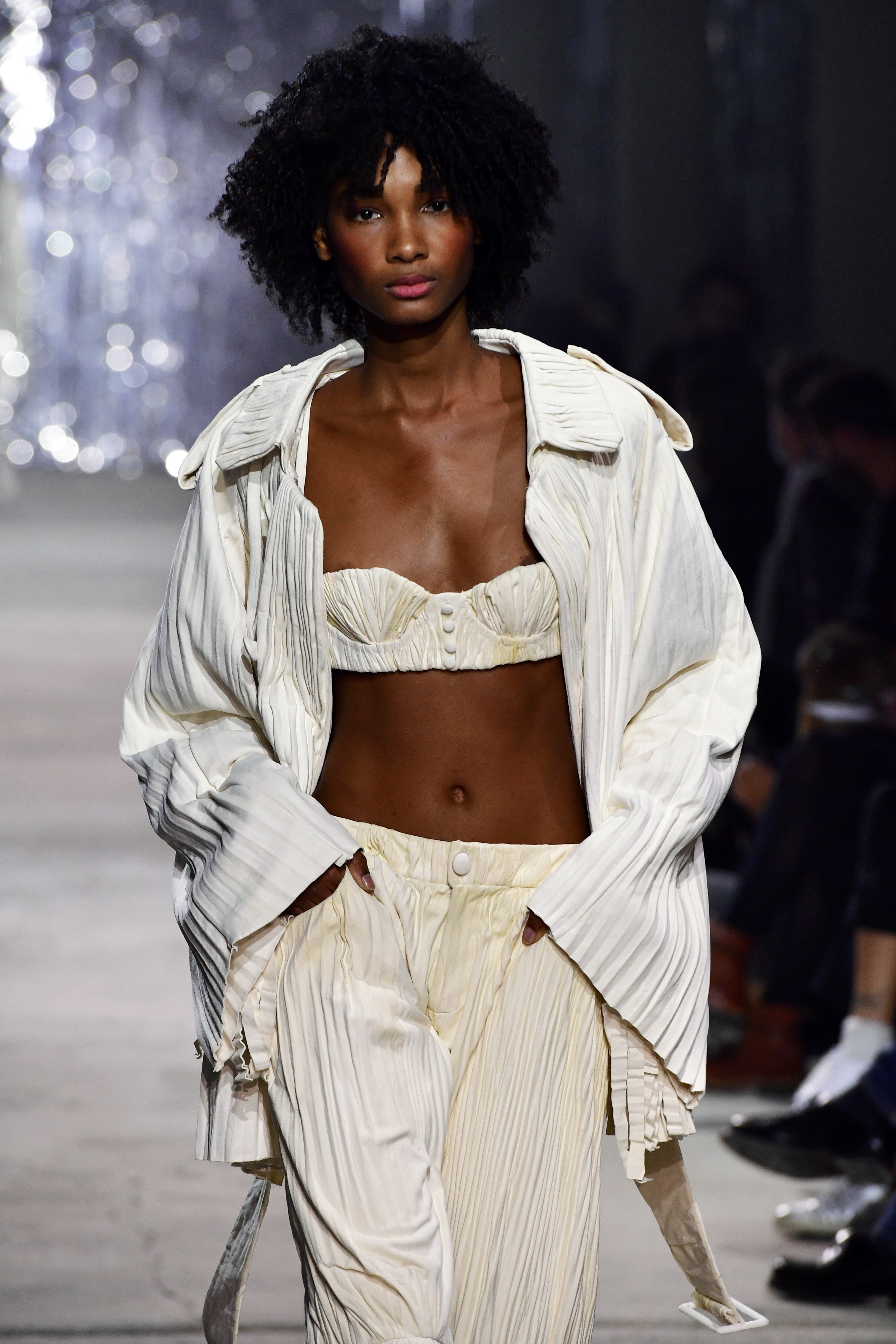 A look from Marvin M’Toumo at Hyères. Etienne Tordoir/Courtesy of the Hyères International Festival of Fashion and Photography

For the third year running, a graduate from HEAD Geneva fashion school was awarded the Chloé Prize. Marvin M’Toumo, a French designer from the island of Guadeloupe, said his Hyères women’s wear collection, “Chien Fleur,” was inspired by animal characters. For the Chloé prize, he submitted a look combining a pleated shirt and pants with a matching bra resembling seashells.

“You could really see this incredible hand in the trousers and the attitude of the look was fantastic. There was something kind of street but poetic,” said Anderson.

The Métiers d’Arts Prize in partnership with Chanel went to French designer Emma Bruschi, another HEAD alumni, who impressed with her oversized straw earrings created with Lemarié. “They were fantastic. A really beautiful balance between the wearable art and the hand, the craft and the idea of generational information passing by and we all wanted them,” enthused Anderson, who established the Loewe Craft Prize in 2016.

The main accessories award went to Ddiddue and Juana Etcheberry for their baseball caps made of recycled plastic, which also won the Hermès prize. The jury special prize was awarded to the trio of Antonin Mongin, Dimitri Zephir et Florian Dach for their take on do-rags.

This year’s edition was postponed from April due to the coronavirus pandemic, and took place in the absence of most of the fashion jury, with Anderson delivering an online masterclass on Friday.

Jean-Pierre Blanc, the director of the festival, said it was important to forge ahead despite the many sanitary restrictions imposed by the French government in a bid to stem a fresh rise in reported cases of COVID-19.

“It was important to be able to present the work of the 30 candidates in competition above all, the work of the artists, and to offer the audience a moment of culture, emotions and dreams while respecting strict sanitary rules in agreement with the authorities,” Blanc told WWD.

“The enthusiastic feedback from professionals and the public is encouraging,” he added.

Known for its familial atmosphere, the event was missing many of its usual attendees this year due to travel restrictions, but Blanc lauded the finalists for persevering nonetheless.

“They are enthusiastic, strong, and pugnacious, and they are immensely adaptable. They have creativity and beauty in them, it makes them strong! They are our future,” he concluded.