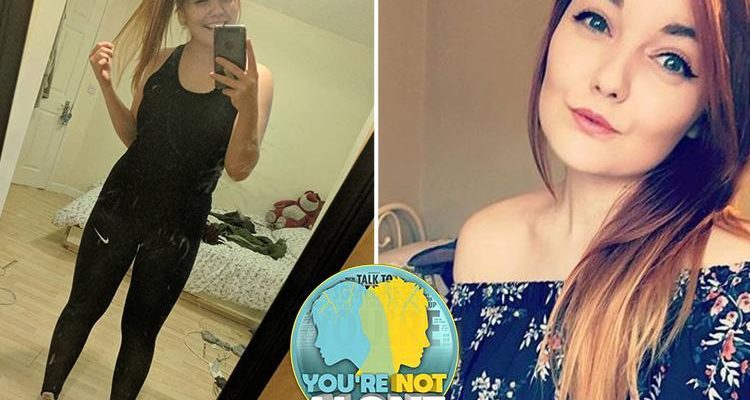 for 21-year-old Georgie Kelly that almost killed her.

At a Christmas party two years ago, a male member of the sociology graduate's extended family made a flippant joke about her weight. 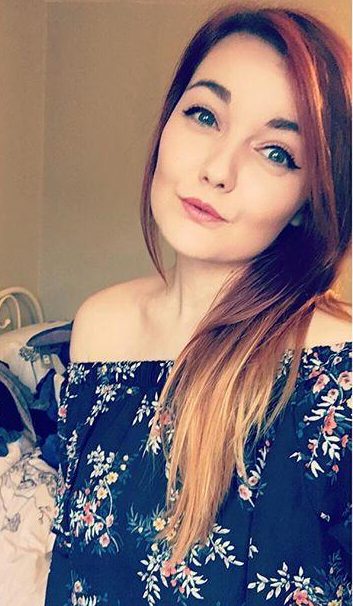 “We always have a buffet and a dessert table. I was feeling a little better at the time and hadn’t made myself sick for a year, so I decided to enjoy two slices of Christmas cake.

“Clocking me, he said: ‘Georgie doesn’t need any more cake’. I had put a little bit of weight on since being better and all of my insecurities came flooding back. I made myself sick again as soon as the New Year hit and ‘diet season’ started.” 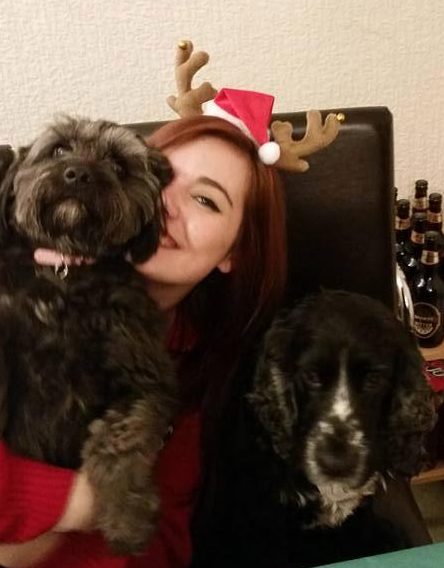 The thoughtless relative didn't know Georgie had been battling bulimia for the past eight years, which had caused her to self harm and even take a knife to bed with the intention of killing herself aged just 15.

He could have no idea that is casual remark would contribute to Georgie wanting to kill herself with a year.

Bulimia nervosa is a serious mental illness that sees at least 600,000 suffers in the UK trapped in a cycle of binge eating and then purging their bodies by vomiting or taking laxatives to avoid gaining weight.

It's most common among 15 to 24 year olds and half of people with eating disorders say they have considered killing themselves. 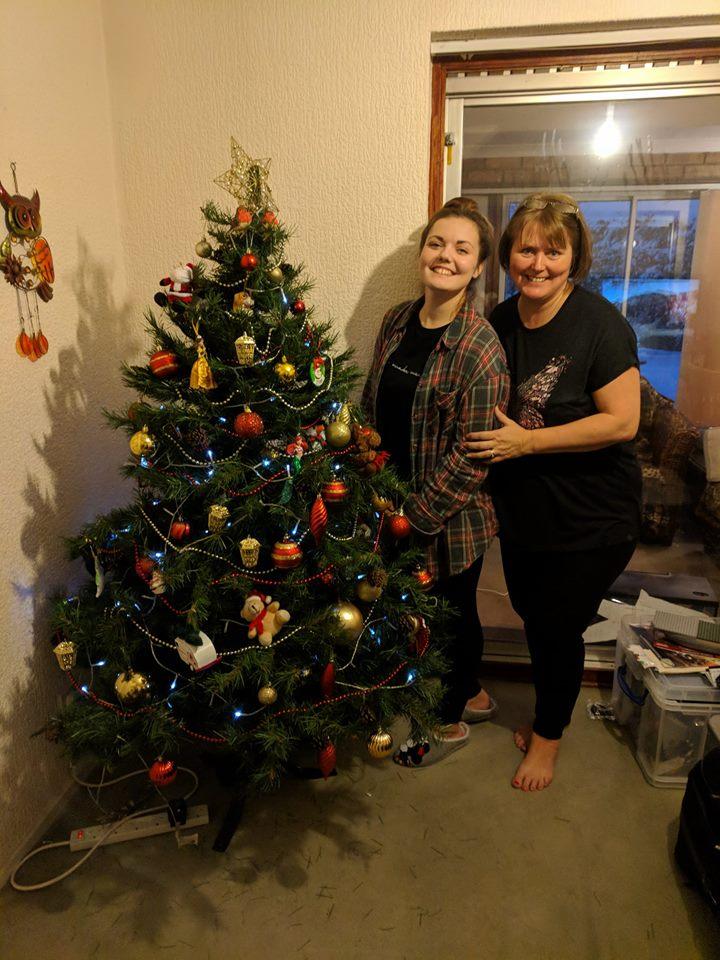 Georgie was in her final year at the University of Worcester studying sociology when the cruel and thoughtless comment lodged at the front of her mind – and within months she hit crisis point.

“I was writing my dissertation and feeling really anxious, so I started making myself sick more and more. I felt so low that I didn’t get out of bed for a month,” she says.

She had been eating nothing but chicken salad for weeks when one night she couldn’t face eating even two small slices of cucumber.

“I would regularly think to myself, 'I just don’t want to be here anymore’ and I knew something was seriously wrong.” 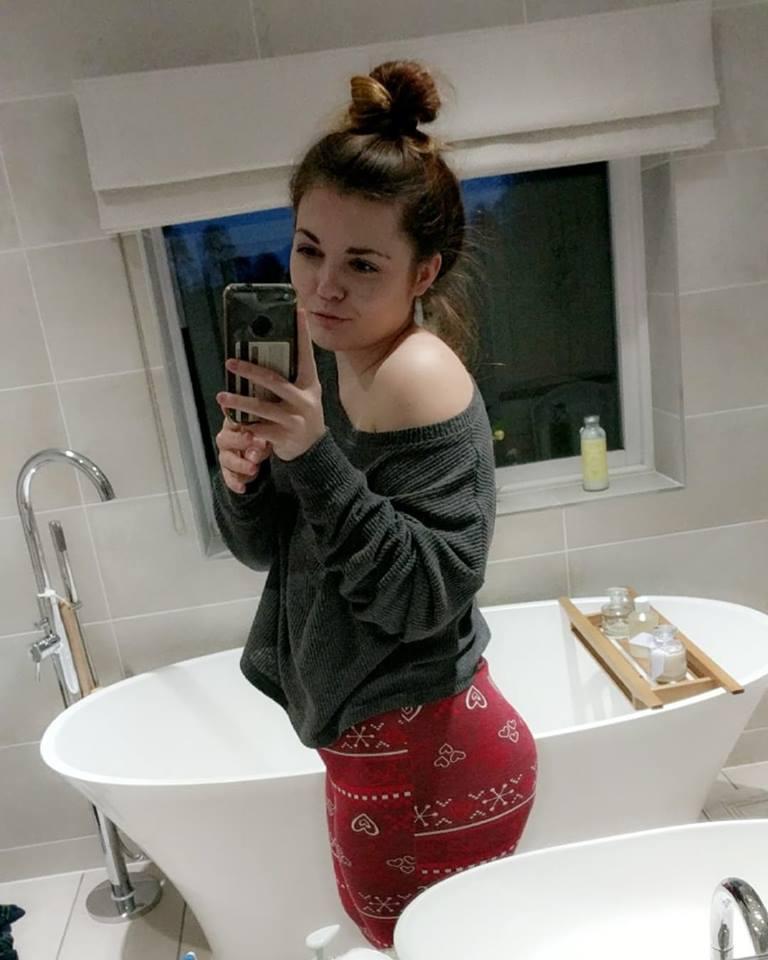 It wasn’t the first time she’d been suicidal and recognising the signs, she phoned her mum sobbing and told her she wanted to kill herself and opened up about the eating disorder she’d kept secret for eight years.

Charity Time to Change recently revealed almost nine in 10 young people tell others they are “fine” despite suffering from a mental health problem, with the vast majority thinking they’ll be a burden if they share the truth.

'Mum was devastated and kept apologising'

Speaking to The Sun us as part of our You’re Not Alone suicide prevention campaign, Georgie says: “Being bulimic has made me suicidal at several points. That’s why it’s so important for me to let others know that those suffering from an eating disorder aren’t always dangerously thin.

“Being a ‘normal’ size doesn’t mean you are OK. You should always ask your friends or family if they’re alright if they start losing weight.”

It doesn't discriminate, touching the lives of people in every corner of society – from the homeless and unemployed to builders and doctors, reality stars and footballers.

It's the biggest killer of people under the age of 35, more deadly than cancer and car crashes. And men are three times more likely to take their own life than women.

Yet, it's rarely spoken of, a taboo that threatens to continue its deadly rampage unless we all stop and take notice, now.

That is why The Sun has launched the You're Not Alone campaign. To remind anyone facing a tough time, grappling with mental illness or feeling like there's nowhere left to turn, that there is hope.

The aim is that by sharing practical advice, raising awareness and breaking down the barriers people face when talking about their mental health, we can all do our bit to help save lives.

Let's all vow to ask for help when we need it, and listen out for others. You're Not Alone.

For a list of support services available, please see the Where To Get Help box below.

Georgie says her mum Raynar was completely devastated and really upset when she told her she was suicidal and about the eating disorder she'd kept secret for so long.

“She kept apologising for not noticing the signs but I told her I'd wanted it that way.” 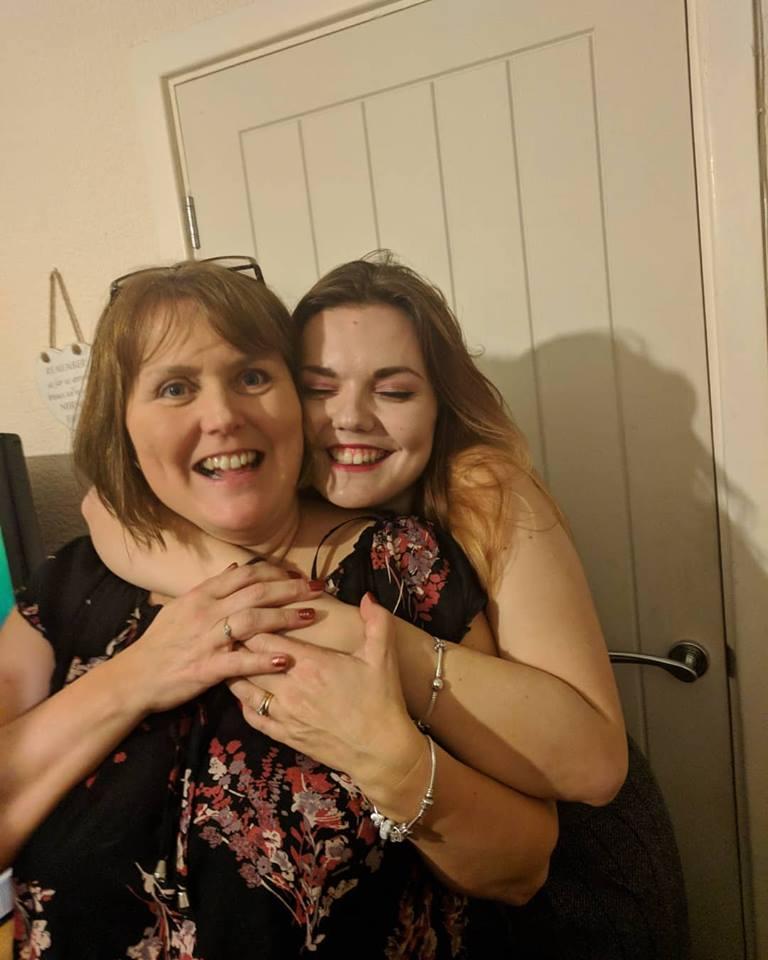 Georgie’s bulimia started when she was 13. The typical teenager had developed a habit for standing in front of the mirror – trying on outfits and playing with make-up.

But staring at her reflection became a dangerous obsession.

'A boy shouted "Georgie, you're fat" – I'll never forget it'

Georgie started to compare herself to the “popular girls” at school and obsessed over how they could seemingly eat so much and stay so slim.

“I desperately wanted to be them but the popular boys would tease me.

"One of them shouted 'Georgie, you're fat' in the hallway at school and I’ve never been able to forget it.”

Standing in the mirror when she got home from school, she’d cry at her reflection. 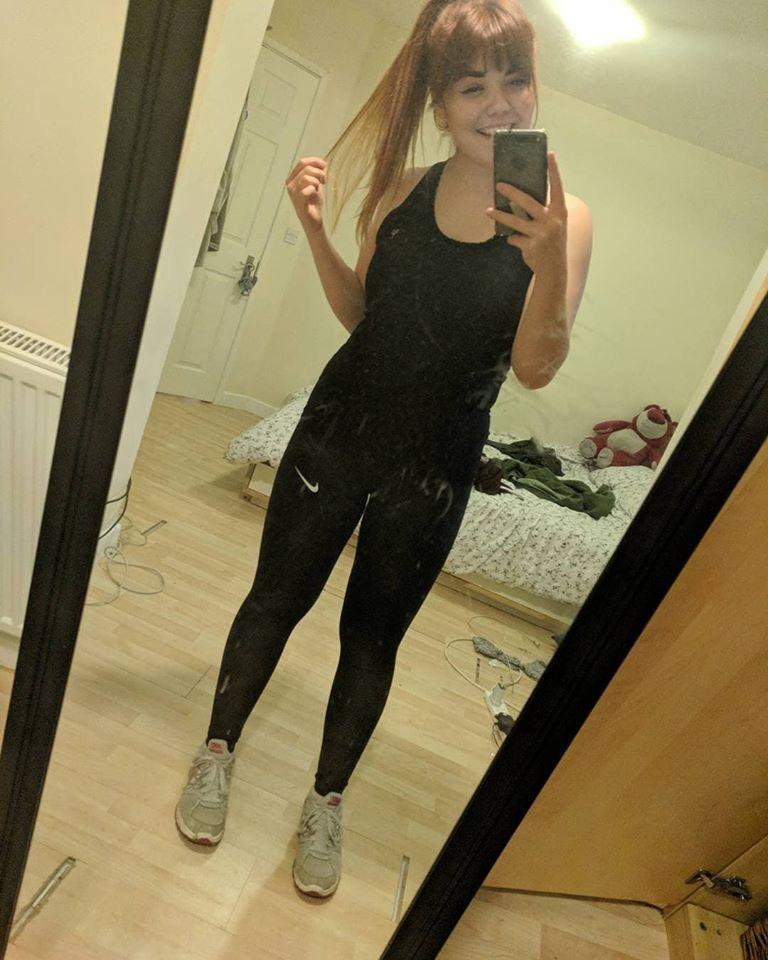 “I would try to contort my body by pulling my legs together and twist my waist in ways to make myself look thinner,” she says.

Deciding she needed to lose weight, she began dieting and obsessively counting calories.

“I downloaded a calorie app and obsessively counted everything I ate – from the butter in my sandwiches to a single Tic Tac.”

She would lie to her mum about needing to complete homework so she could take her spaghetti bolognese to her bedroom, where she would give it to her dog or flush it down the toilet.

It was the evening she’d allowed herself to eat a chip shop dinner with her dad that she made herself sick for the first time. 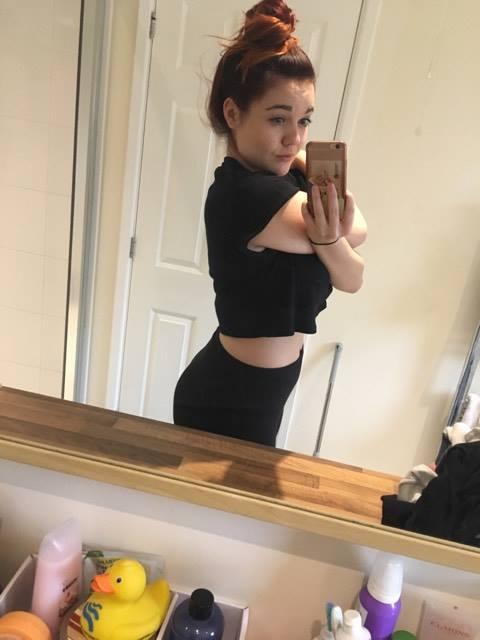 “While I was eating, I felt I had treated myself and was in control. Then later that night I began Googling ‘how to lose weight fast’, ‘how to become a size six’, and eventually ‘how to make myself sick’.

“I went to the bathroom and threw up.”

'My throat would burn from throwing up but I couldn't stop'

The act made her feel in control for the first time in a long time, she says.

“At first I just retched but I felt like it was my mission, almost a challenge, to make myself sick.”

By 14, she was retreating to her bedroom every night after school and torturing herself with her reflection before making herself sick repeatedly.

“Every time I threw up, my throat would burn, I would cry and I felt so guilty. But I couldn’t stop,” she says. 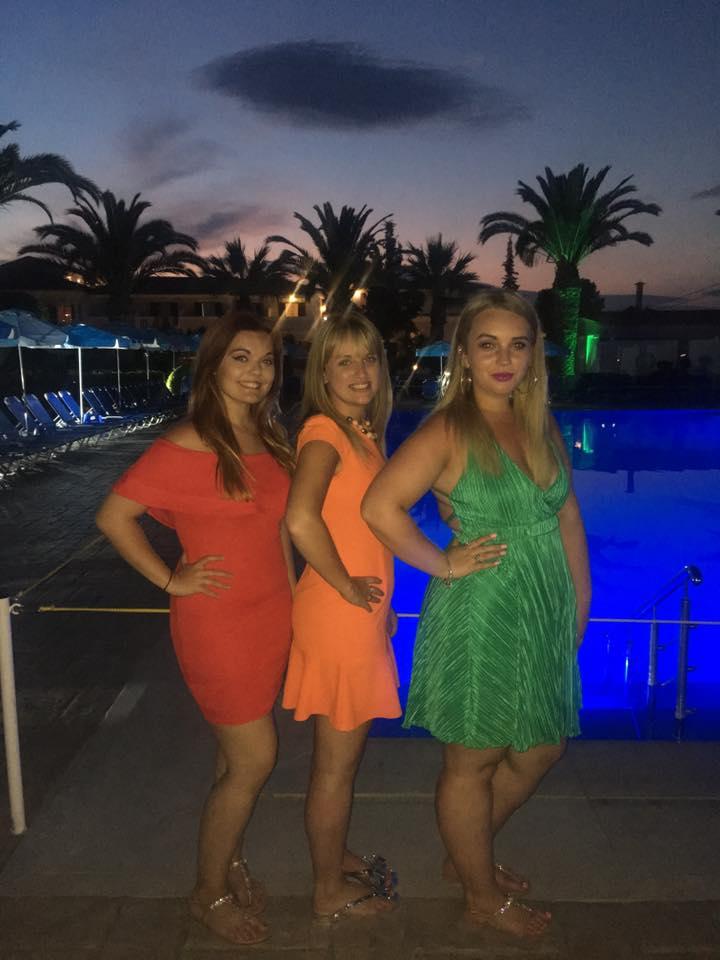 “Looking back, I knew I wasn’t massive and just had a little bit of puppy fat but at the time it felt like the worst thing in the world,” she remembers.

She also felt that at a size 12, she wasn’t good enough even to be bulimic “properly”.

She says, “I wanted to look like the pictures of girls in the magazines, when they were at the lowest point of their disorder.

“I know how horrible it sounds but I always felt like I didn’t deserve to have an eating disorder.

“I knew I was bulimic but I always wondered ‘would anyone believe me? I’m not thin enough’.” 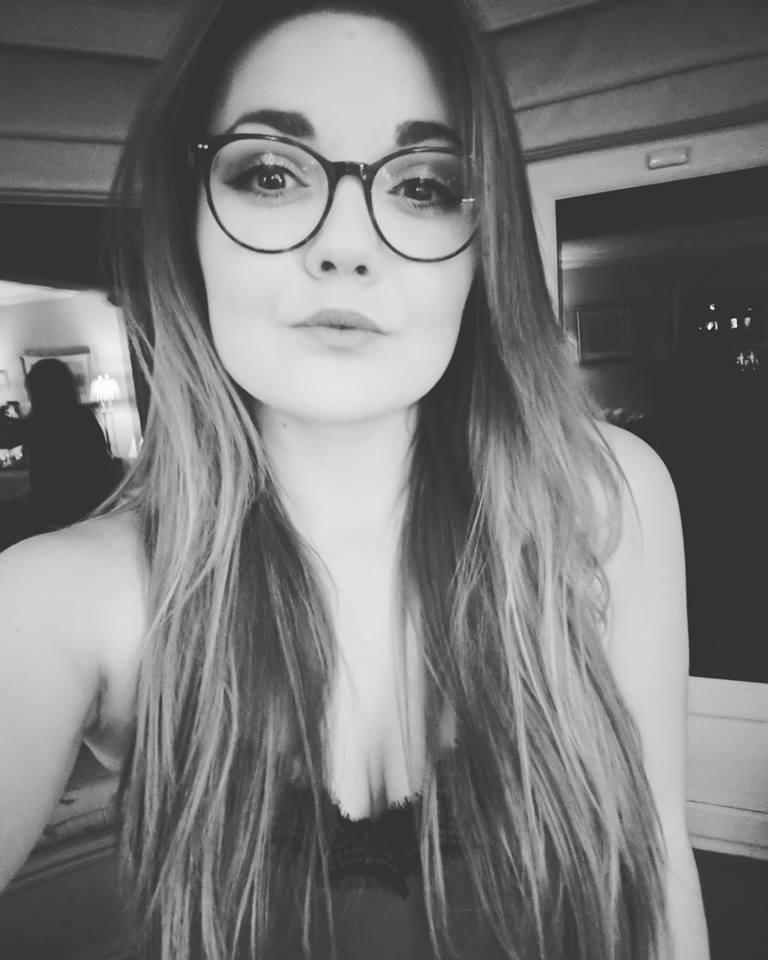 As bulimia tightened its grip on her, Georgie started to self harm.

“My bulimia made me feel so worthless I used a knife on my wrists and covered the marks with my school blazer.

“I just wanted to feel the sharpness to block out my emotional pain. But I worried if I were to cut too deeply, the scars would just be another part of my body to loathe,” she says.

“So I’d also scratch my palms and thighs until they bled. The physical pain from hurting myself stopped the emotional pain.

“Sometimes I wouldn't even realise I had dug in my finger nails so deeply that I made myself bleed.”

At the age of 15 – the most common age for girls to be admitted to hospital with an eating disorder – Georgie became suicidal for the first time.

WHERE TO GET HELP

If you, or anyone you know, needs help dealing with mental health problems, the following organisations provide support:

She felt so worthless at not being able to see her bones jutting through her skin that she took a knife to bed intent on killing herself.

“I told myself ‘tonight is the night’,” she says.

“I’d weighed myself and I’d put a tiny bit of weight on. It made me believe I was an embarrassment to my family and that they would be better without me.

“I told myself I was so pathetic because I couldn’t even manage my eating disorder properly and I felt worthless,” she says.

'I thought my family would be better off without me'

“I genuinely believed nobody would miss me and if I wasn’t here anymore, nobody would need to worry about me.”

So before she went to bed, she calmly and quietly walked into the kitchen and took a steak knife out of the drawer and took it to her room.

“It was only the thought of leaving my little brother Ethan, who was only five, and the rest of my family behind that stopped me going through with it.” 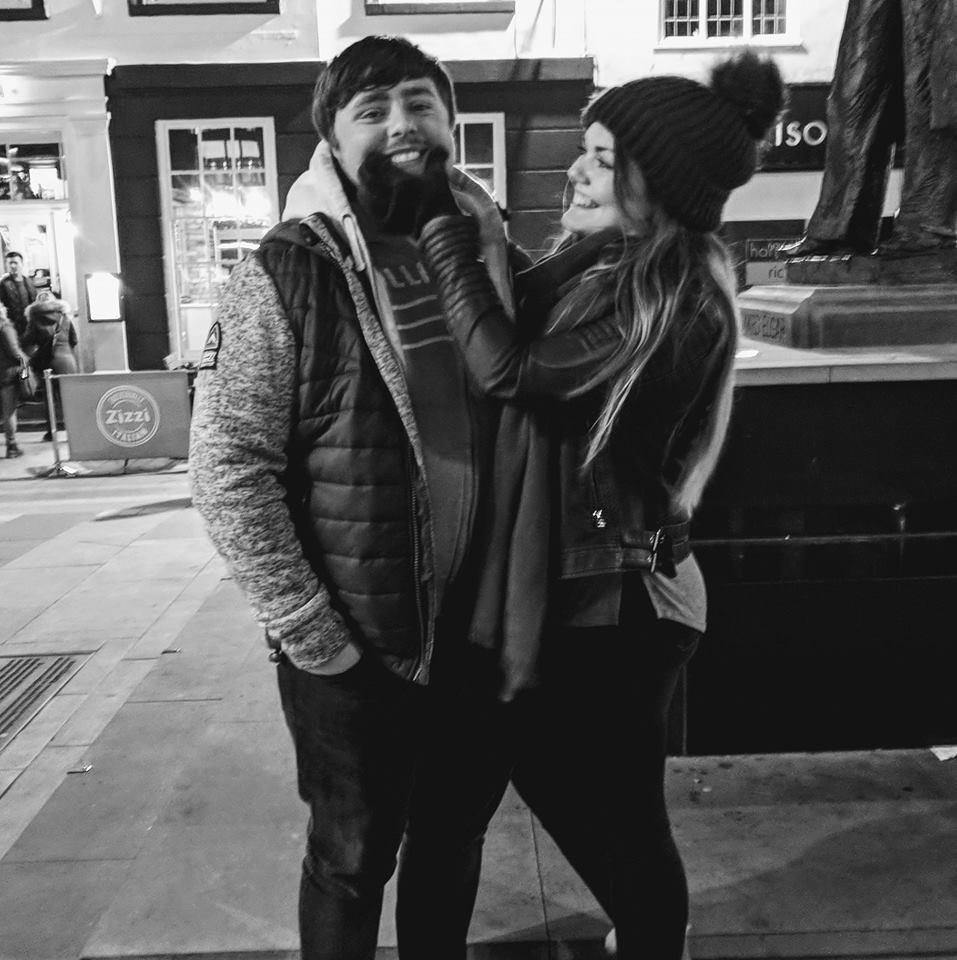 While her suicidal urges soon passed, Georgie's bulimia kept hold of her as she continued through school and she days the stress caused by taking GCSEs and A-Levels made her throw up more often – from approximately twice a week when she was feeling ok to every day when she was most anxious.

And by the time the school prom came around when she was 18, Georgie says she felt "so disgusted" by her appearance at that point she deleted "every single photo" from the event.
Georgie was only formally diagnosed with the disorder in May this year.

"Mum mum demanded I go and see a doctor, although I knew in my heart that that was what I needed, it was a huge weight off my shoulders to be told by somebody else. I was being taken care of and that was exactly what I needed."

She's now been to cognitive behavioural sessions and admits that although she now considers herself to be in recovery, she will always have to battle with bulimia and suicidal thoughts for the rest of her life.

But she’s hoping regular sessions with a counsellor specialising in eating disorders can help her stay on track.

She’s now living with her boyfriend of four years Elliott, a computer science student, at his parents’ house as the young couple save for a house together.

This Christmas, Georgie wants to spread awareness and has teamed up with charity Time to Change to urge us all to look out for signs something is wrong.

“Signs like losing a lot of weight and avoiding social situations like Christmas parties could mean someone is suffering from an eating disorder, and if your child is taking their meal upstairs, always ask them why,” she says.

And while it can be tempting to compliment the results of somebody’s ‘Little Black Dress’ diet – think twice.

“People need to understand that commenting on someone’s weight can be really dangerous.

“If you notice someone has lost weight, ask them how they are first, before you tell them they look amazing. I understand people lose weight for health reasons and to feel good, but there may be others who have made themselves very ill to reach their ‘goal’.”