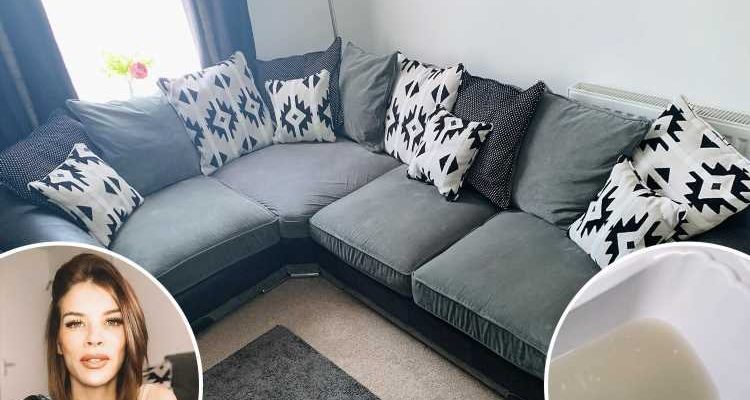 A mum-of-two has revealed a genius hack for cleaning sofa cushion covers in the bath tub on a tiny budget – making them look as good as new.

Sophie Damerum, 28, lives with her fiancé and two children in Somerset. 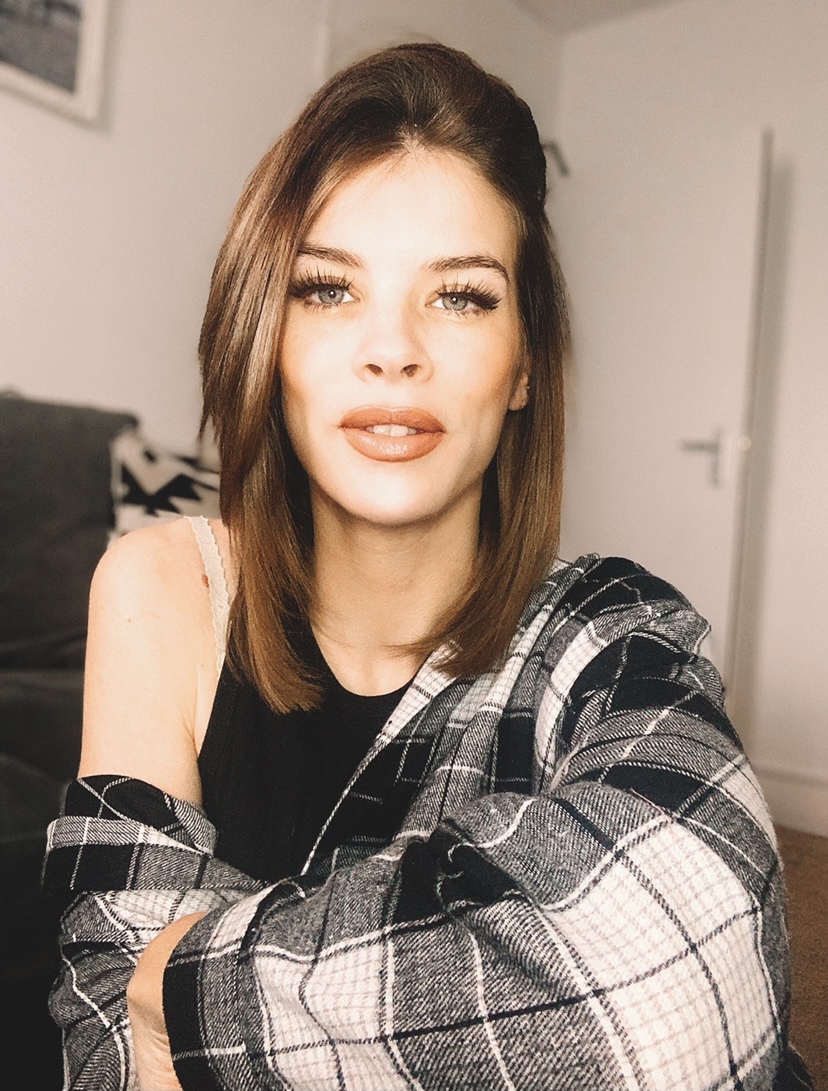 The mum has gone viral on TikTok earlier this month, when she shared a video of how she cleans her sofa cushions at home – instead of forking out the cash for a professional laundry service.

And all you need is lukewarm water and some cheap high street products.

She then left the cushions in the tub for two hours, rinsed them off with clean water and put them on a spin cycle in the washer. 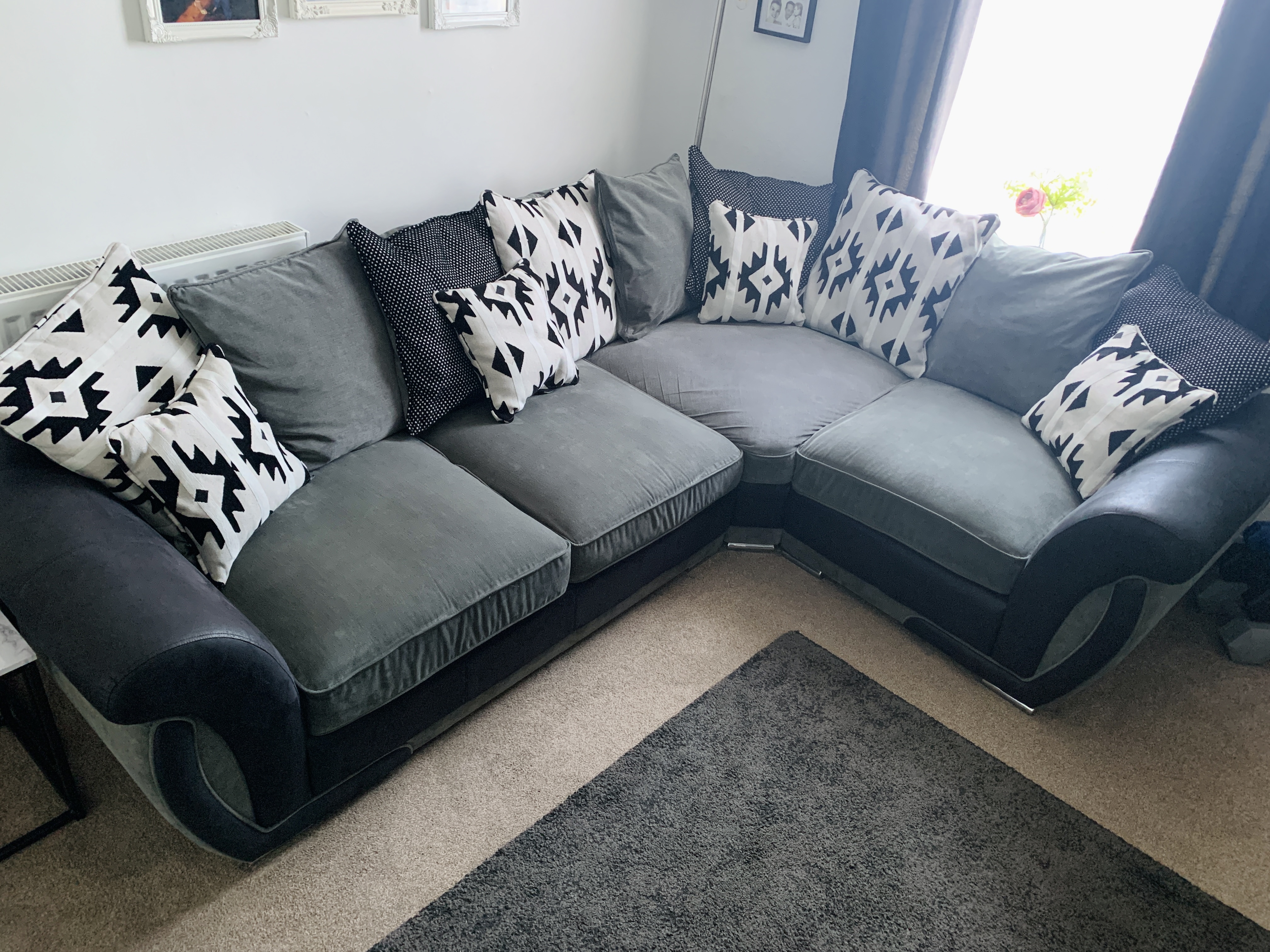 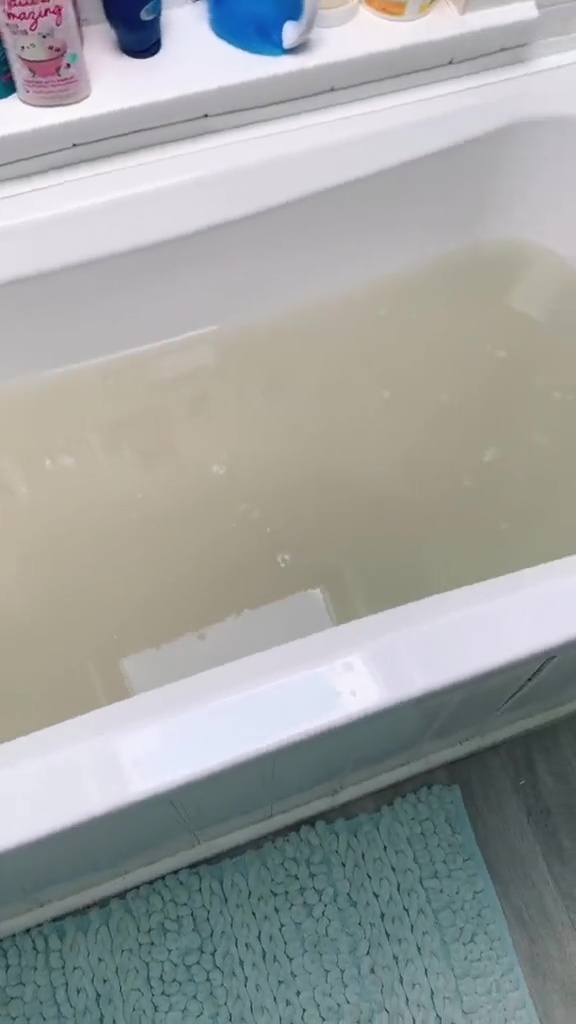 Finally, she air-dried the cushions – and the result is astounding. Explaining the process, Sophie, who works as a landlady said: “I only used lukewarm water while doing this method, as the covers can shrink.

“The first step is to put in your washing pods or powder whichever you have already, softener and Zoflora disinfectant.

“I left mine for two hours then rinsed them off with clean water and later I put mine on a spin only in the washer as my covers are super thick. 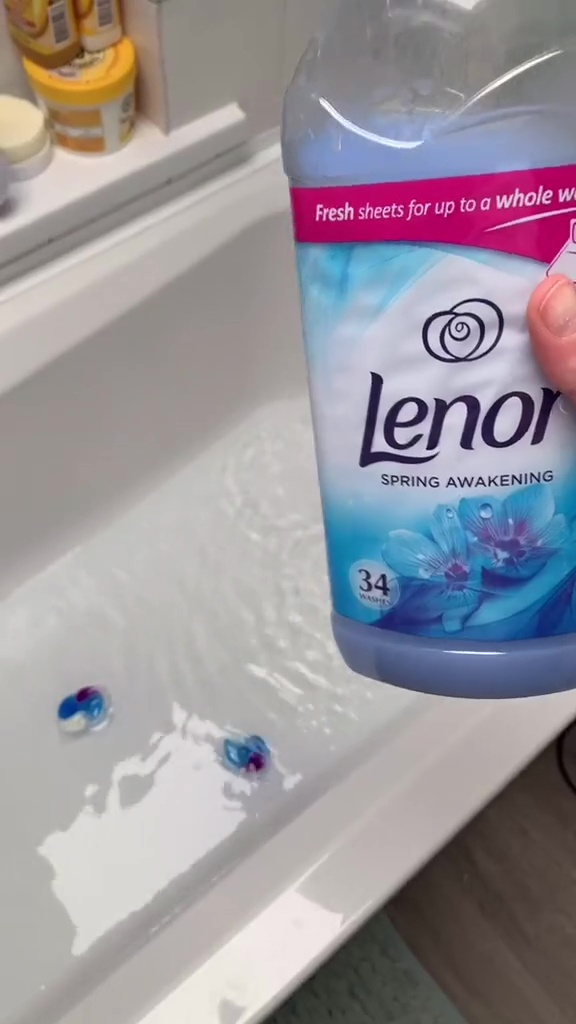 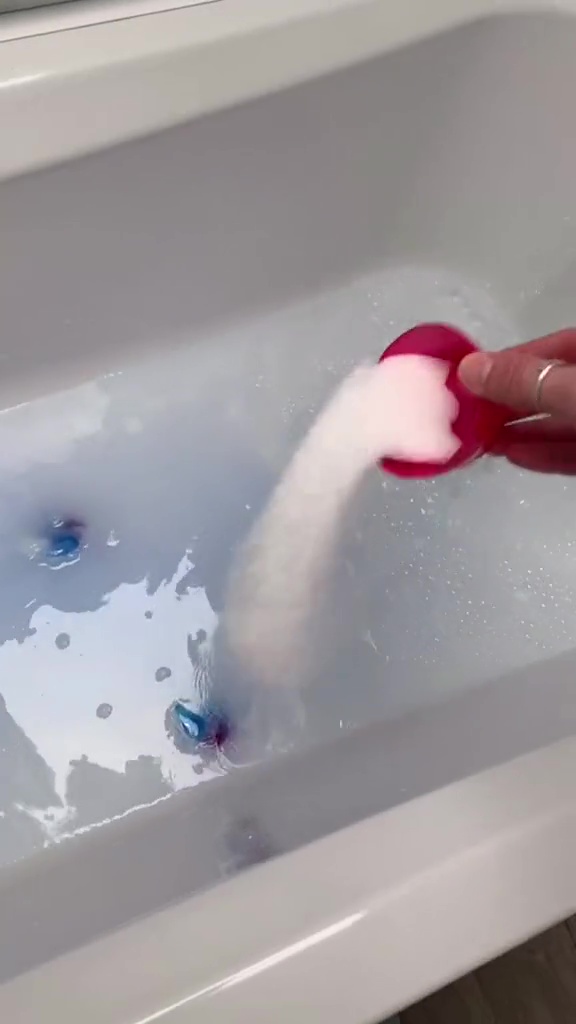 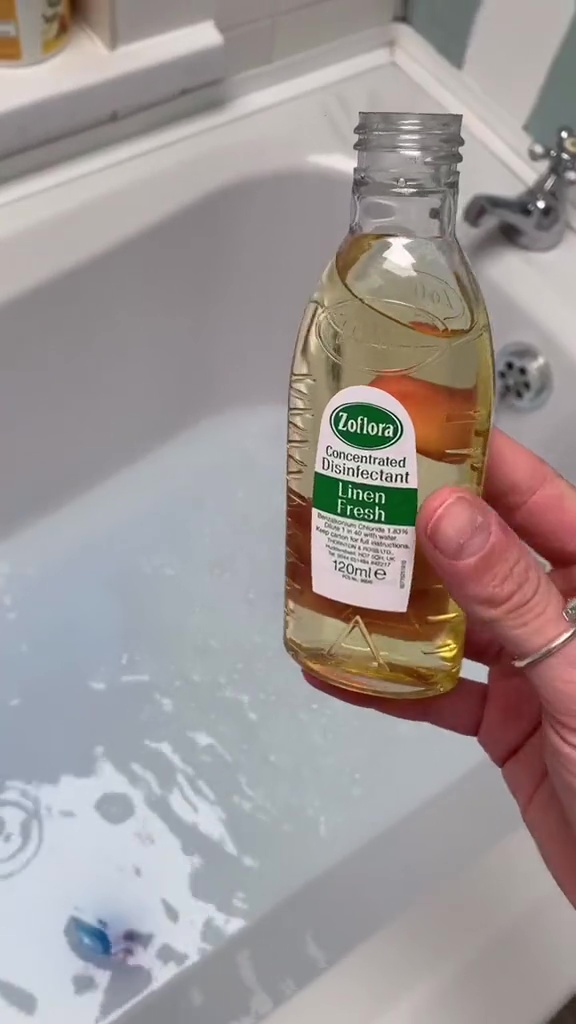 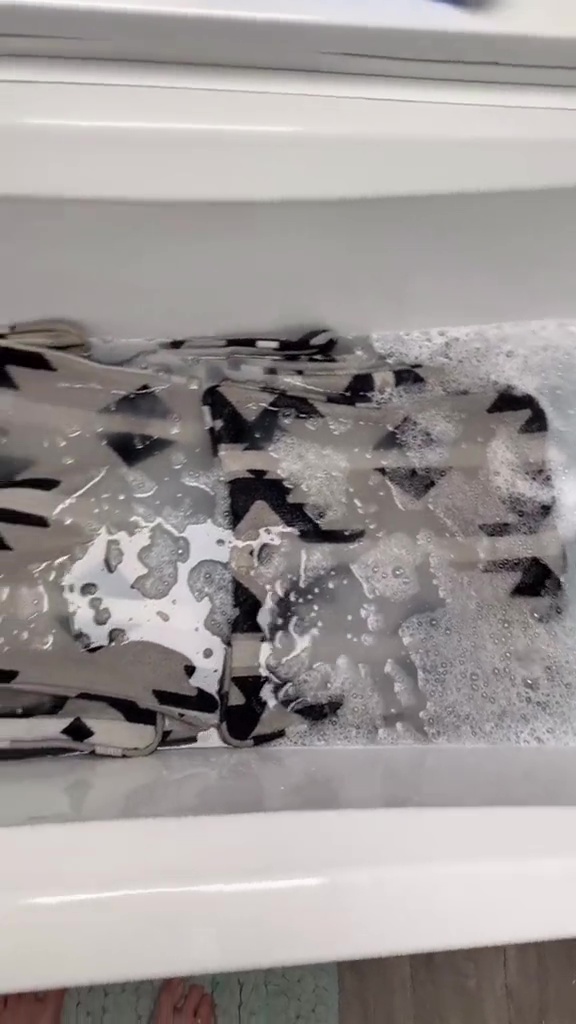 “I then air-dried them over an airer by laying them flat across the bars. “The method worked really well, [the covers] came out completely clean and smelling fresh.

“I was surprised how dirty the water was at the end as I didn’t realise my covers were that dirty.”

Sophie uploaded a step-by-step video to show the entire process on her TikTok page, which has since gone viral, gaining over 1.9 million views and over 64,300 likes.

However, some users suggested Sophie put the cushion covers on

washing machine cycle instead of letting them soak in the bathtub – and others suggested the method was similar to hand washing.

One user commented: "Yes this is how the water is when u hand wash like the old days."

Another added: ""Each to their own but I'd actually find this quite satisfying to do! And the occasional money saver!!" 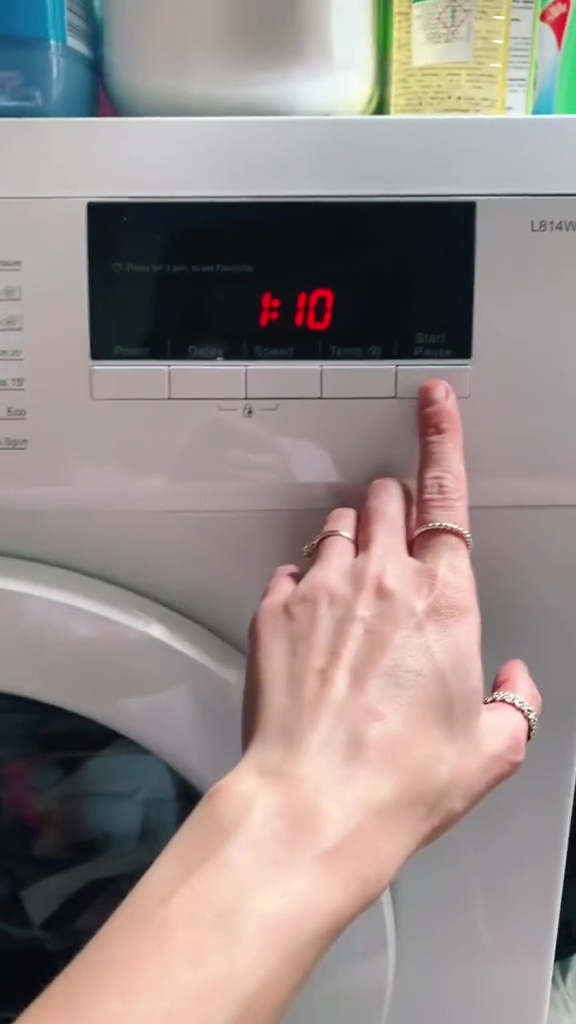 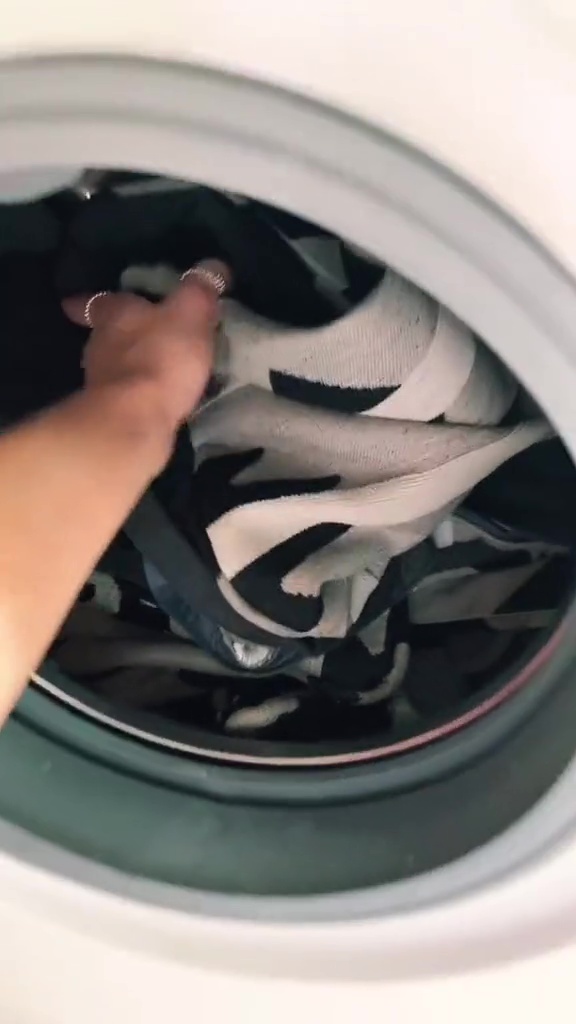 In other cleaning news, this mum removed red lipstick stains from her crushed velvet sofa using a £6 ASDA spray.

Elsewhere, a cleaning fan reveals how to get towels fluffy WITHOUT fabric softener – using baking soda.

Plus, cleaning fans thrilled to find there’s a secret message at the bottom of every bottle of Method.