But it was all worth it for the 25-year-old, who had just a one in 1,000 chance at survival – as she's the latest face of cosmetics giant Avon, modelling alongside Love Islander Megan Barton Hanson. 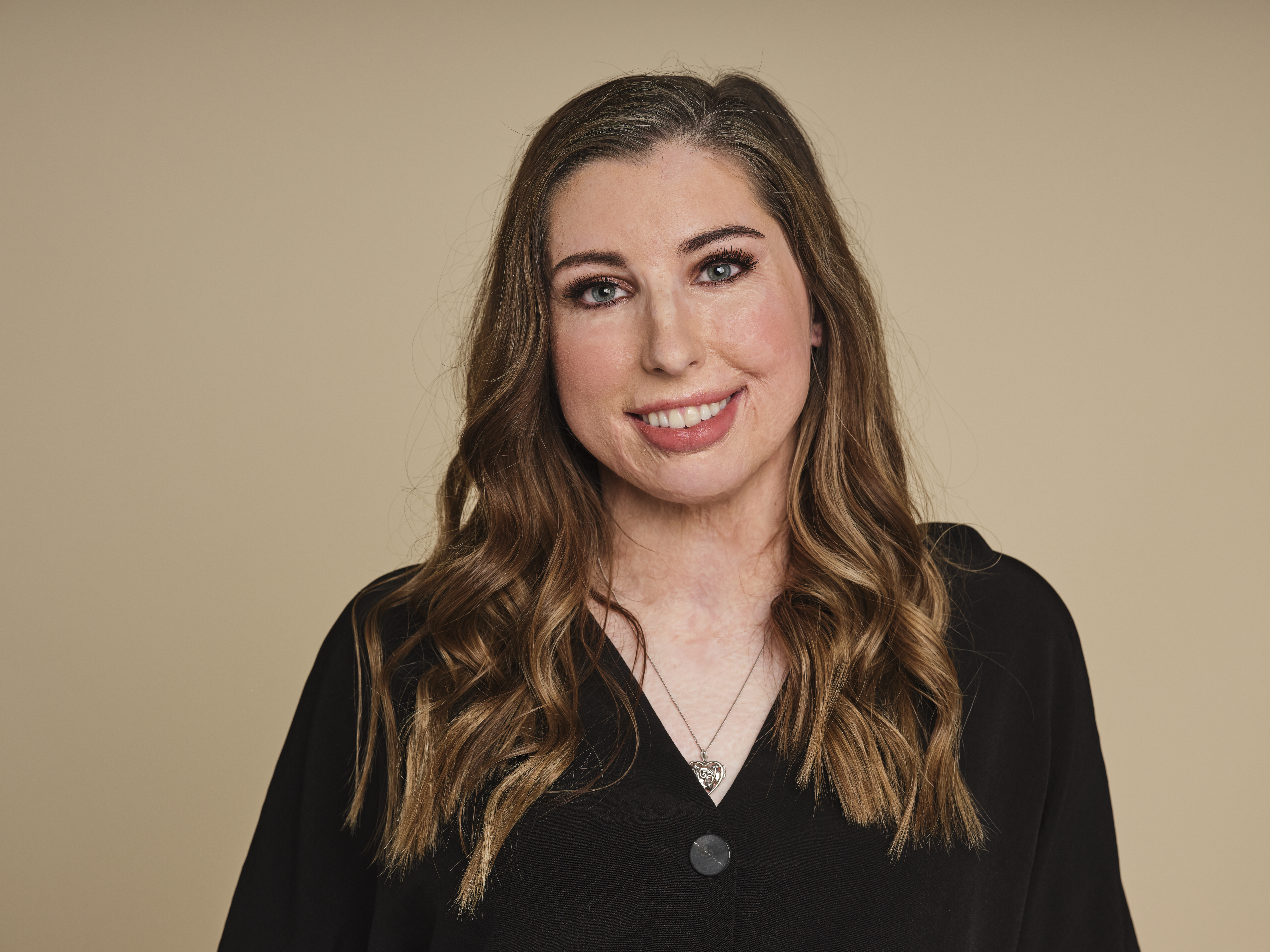 Catrin, from Wrexham, Wales, is the first model with a 'visible difference' to showcase lipsticks for the 130-year-old beauty brand, famed for inspiring women across the UK to become local representatives.

Fronting their latest 'True Nudes' campaign, Catrin was invited to join Avon after a survey for the firm found that two in five women said celebrity-led promotions did not strike a chord with them.

Avon is the first beauty brand to sign the Changing Faces petition, a pledge which sees brands feature diverse models in its campaigns to tackle stigmas about looking different.

The cosmetic retailer has also announced their global initiative, Stand4her, which aims to tackle barriers holding women back from achieving their full potential – something Catrin is delighted to be involved with. 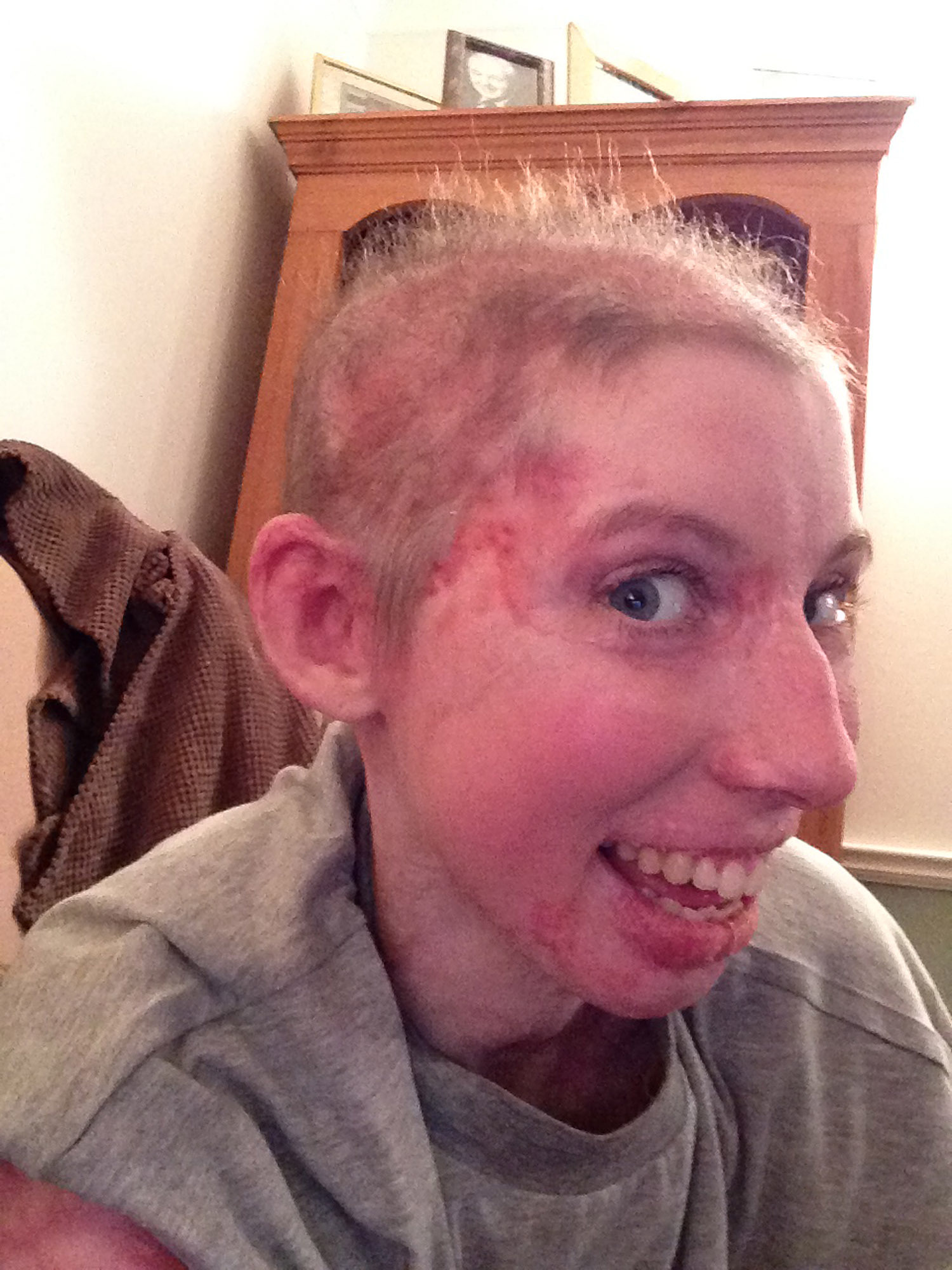 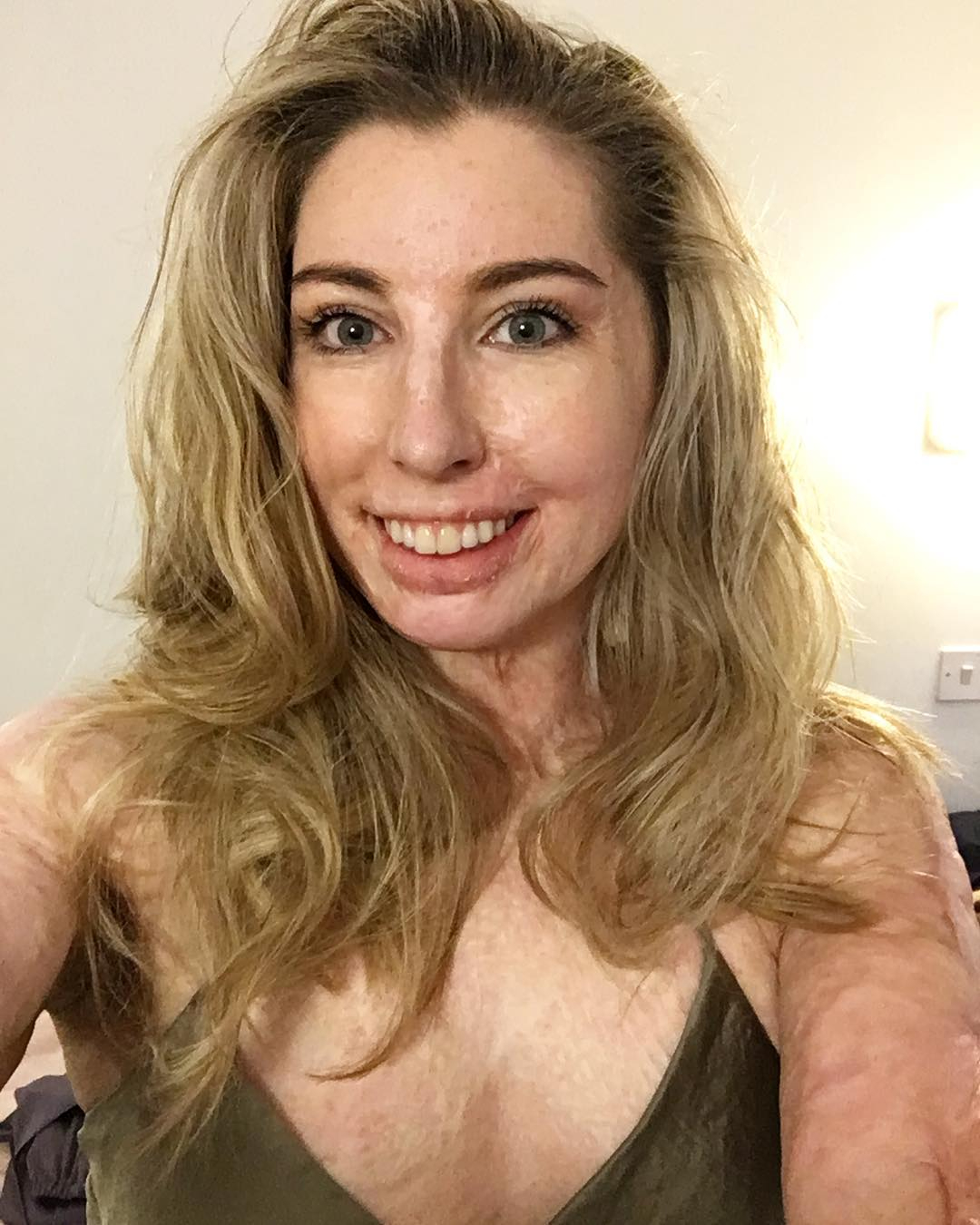 "To be a part of a beauty campaign that challenges traditional beauty stereotypes and the stigma around looking different is so refreshing," said Catrin of her latest role.

"For people with a visible difference, the beauty counter can be an intimidating place to go because most brands champion traditional beauty ideals. I want to send the message that it's OK to be different."

Catrin was travelling home from her gap year in the Alps in 2013 when the coach she was travelling on crashed into the mountain and burst into flames.

She was one of three Britons critically injured in the crash, caused by failing breaks on the vehicle, which saw the bus hurtle towards a wall of boulders as they descended the mountain. 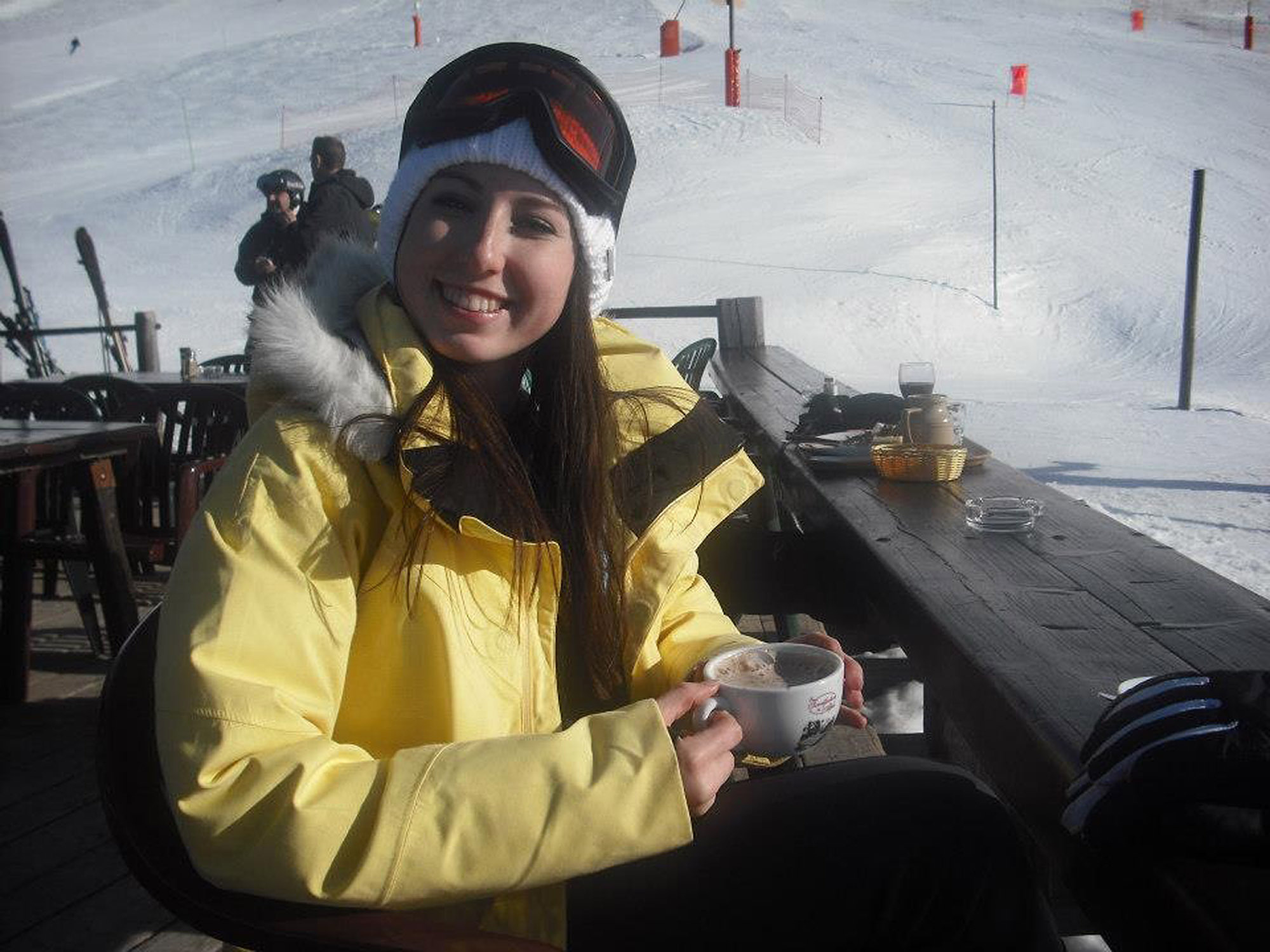 Catrin was pulled from the burning wreckage when emergency services arrived, with 96 per cent of her body badly burned in the fire – aged just 19, she is the oldest person to ever survive such severe burns.

"I was on the side of the road and looking at my arm and seeing that I was multi coloured and that the skin was not where it should have been. It felt like stinging and numbness at the same time."

She was taken to the specialist burns unit at Whiston Hospital, Merseyside – where she spent eight months in recovery, requiring over 200 surgeries. 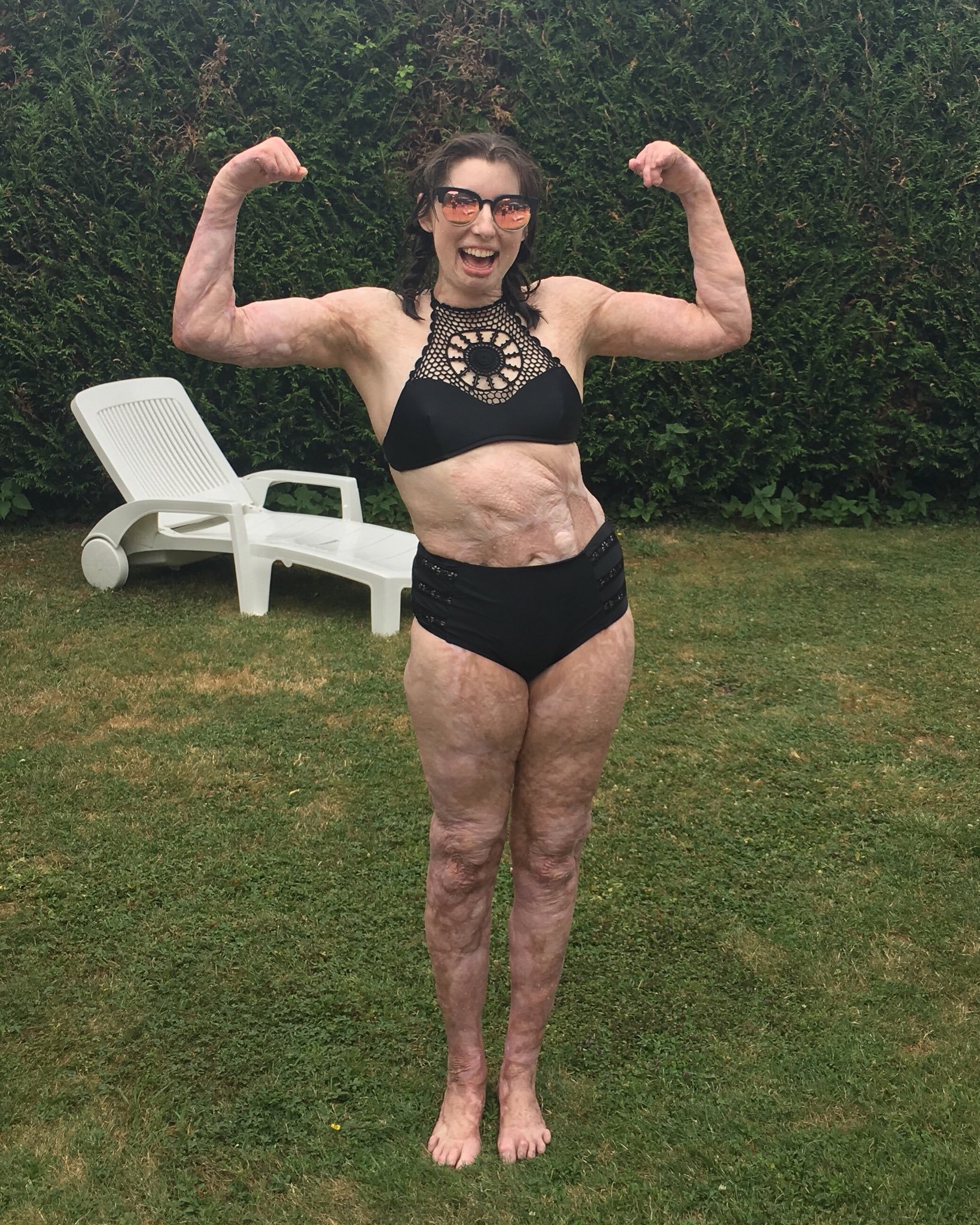 Five years on from the accident, modelling for Avon is just one of many inspiring things Catrin has achieved – having already been heavily involved in charity work around the UK.

She is an ambassador for the Katie Piper Foundation and the British Association of Skin Camouflage, which both focus on the recovery of burns survivors.

In 2018 Catrin joined the Behind the Scars campaign and was photographed in her underwear, proudly showing off the scars she was left with after the crash.
"I want to inspire others to embrace their appearance, no matter what they look like," she added. "I hope the Avon campaign will open the eyes of society in general – that we should be championing a diverse range of role models for young people." 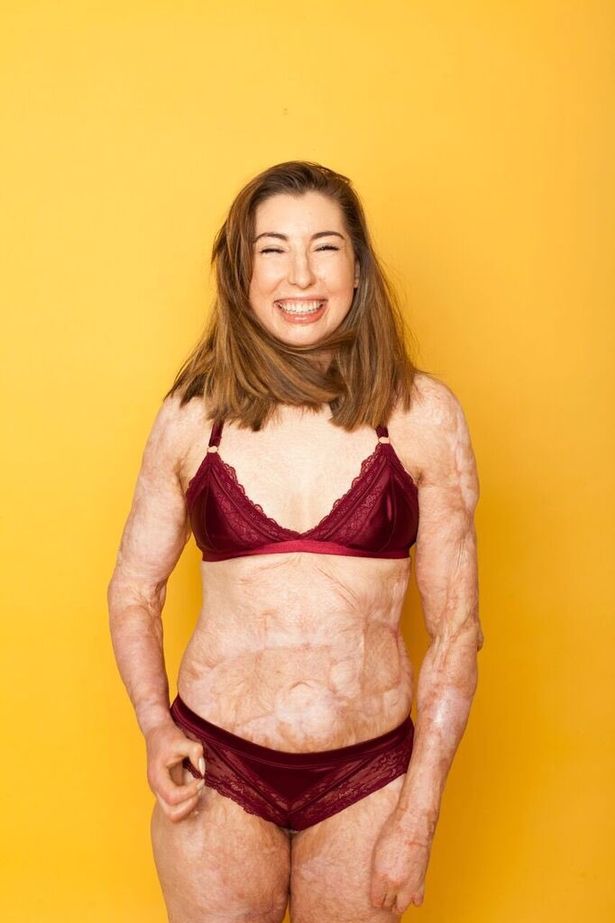 Catrin will star alongside Love Island contestant Megan Barton Hanson, who has suggested that the response she received after coming out of the villa showed her it was OK to be different.

"When I came out of Love Island, I was shocked by the volume of cruel comments that I had received about the way I looked – I even recieved death threats," she explained.

"I changed the way I look to make me happy and no one else – but I think it's important to send the message to young girls that having surgery won't make you feel different on the outside. "At 19, when I had my first boob job and nose job I thought I'd come out of it super confident and less introverted and shy – and that just wasn't true.

"So I'm excited to work with Avon because I want to send out the message that it's OK to be different and you don't have to conform to stereotypes, whether that relates to your job, how you dress or whether you choose to have surgery and wear makeup."