Forever proving that she’s not a regular politician, she’s a “cool politician,” Alexandria Ocasio-Cortez—known by most as AOC—showed up to the 2021 Met Gala wearing a dress by CFDA-darling Brother Vellies that was far from shy in its messaging.

With the brand’s designer Aurora James as her escort for the evening, the U.S. representative opted for a fitted white dress that sat off the shoulder with tuxedo-style detailing down the front. However, it was the words cascading down the back in red that set the look apart. Printed in large font was the popular phrase “Tax the rich,” which James noted in a red-carpet interview was in reference to America’s notorious wage inequality and how, now more than ever, it’s time to take action to fix it. Considering the dress itself was a statement piece, she kept the rest of the look minimal with a sleek bun and floral head piece. 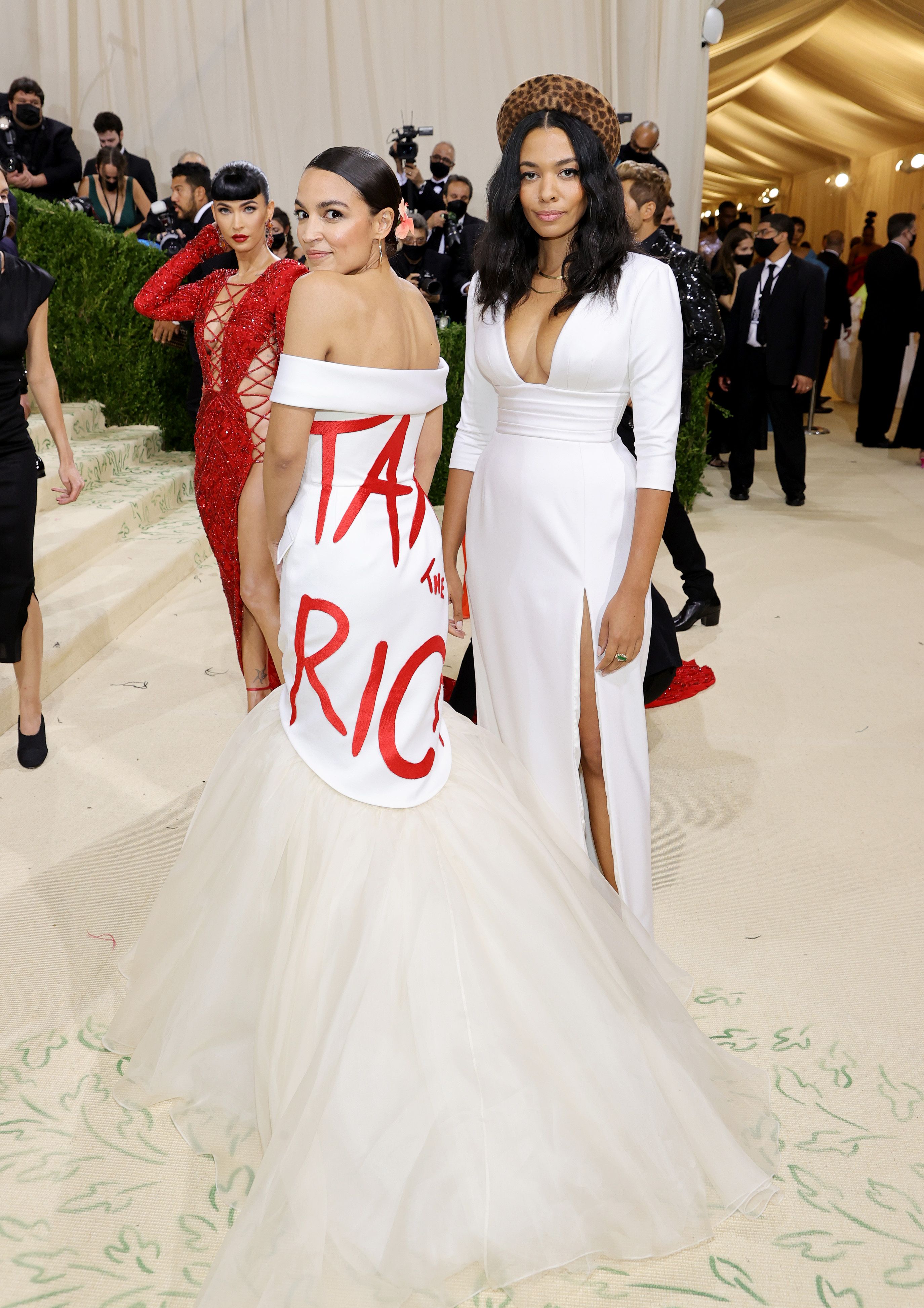 A Bronx-native, AOC has never been afraid to share her beliefs on the main stage. Between her ability to use social media to connect with her community and being active in the trenches to make change happen, she’s no stranger to using her platform for good. Only this time, she’s trading her podium for fashion’s most anticipated night of the year. Forever meeting the people wherever they are (even the Met Gala), the representative was sure to make the most of her time on the red carpet.