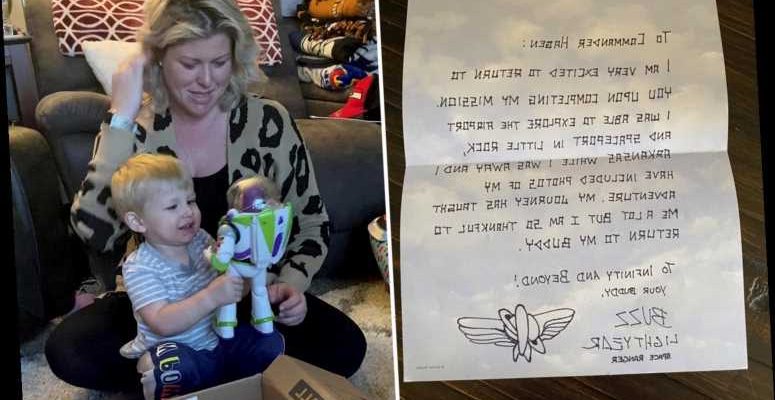 A TODDLER who lost his Buzz Lightyear doll on a plane got it back when strangers tracked him down via his name on the figure's foot – just like the plot from Toy Story.

Two-year-old Hagen Davis was inconsolable when he left his beloved Buzz on a cross-country flight to Dallas, Texas, USA, with his family. 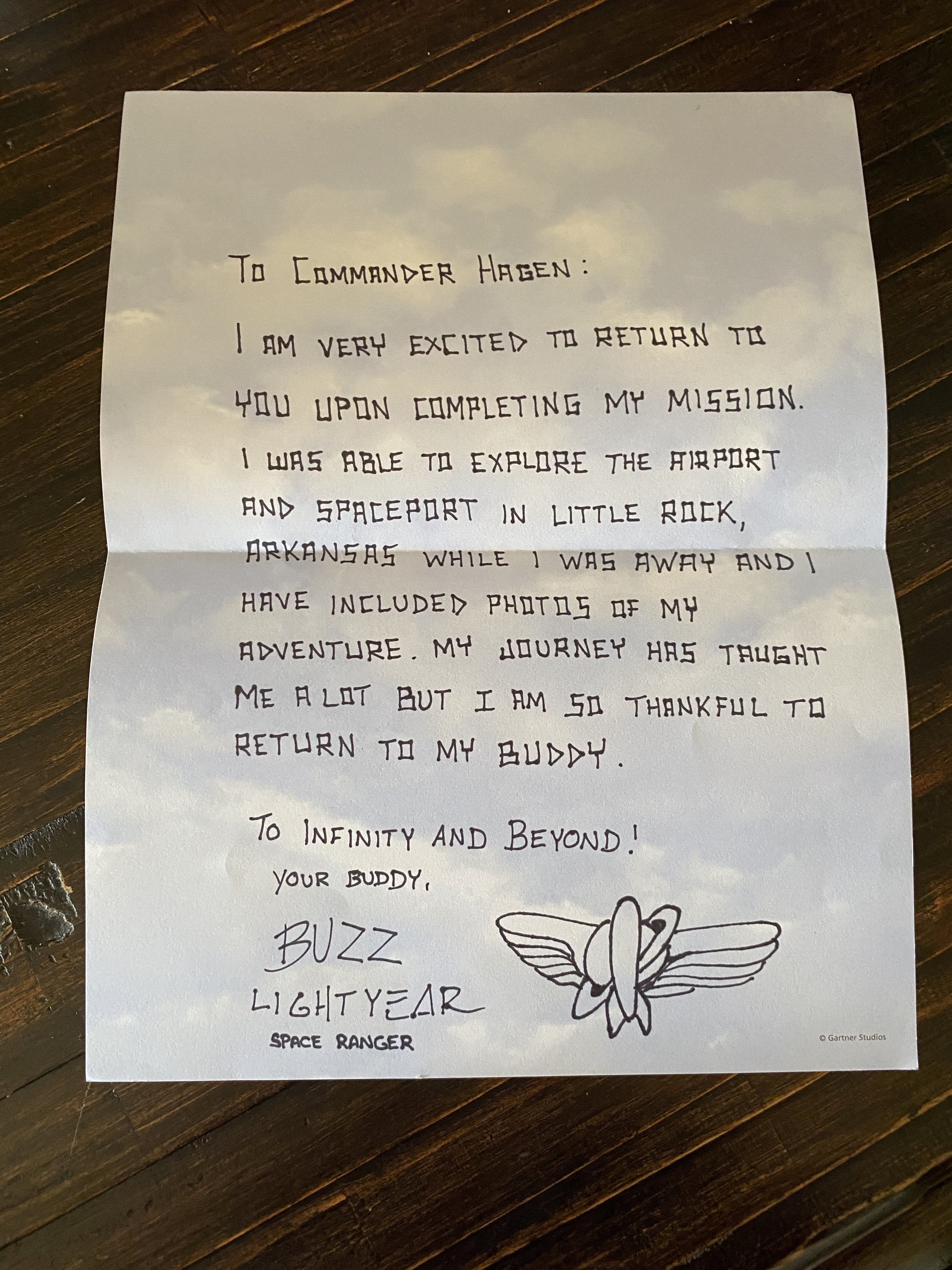 But unbeknown to Hagen, the toy was scooped up by airline staff, who noticed his name scrawled on the toy astronaut's foot.

They were able to match it up using the airline seat bookings and post it back to delighted Hagen in a cardboard box – scrawled with the message "To infinity and beyond".

But before Buzz was boxed up and posted hundreds of miles, staff at Southwest Airlines took him on an adventure.

The Toy Story hero posed for photos on the runway, in the cockpit, next to the plane engine and all over the airport. 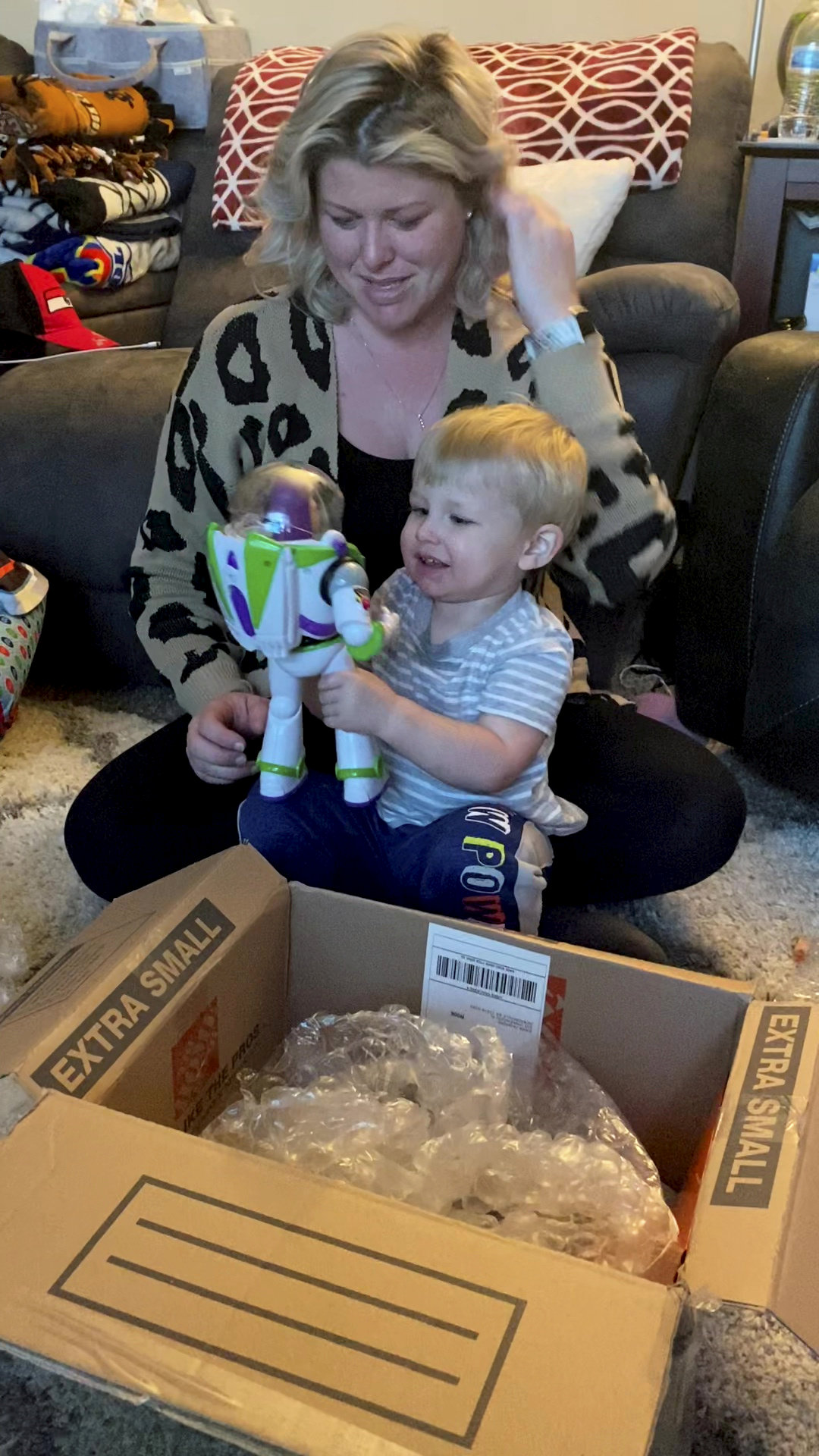 An adorable video shows delighted Hagen unboxing Buzz, and all the photos of his adventure, taken by ramp agent Jason Hamm.

Mum Ashley Davis, 31, a state worker from Elk Grove, Saramento, CA, said: "He took amazing pictures. Pictures of Buzz in the cockpit, on the engine, on the sign.

"It was just really amazing to see somebody go out of their way. He had to pay to ship the box and pay for the pictures.

"He was just a ramp agent. He wasn't a big wig.

"For somebody to take that time for a stranger, it was really, really awesome."

Ashley, husband Cody, 35, and Hagen took off from Sacramento, California, on January 30, to attend a funeral. 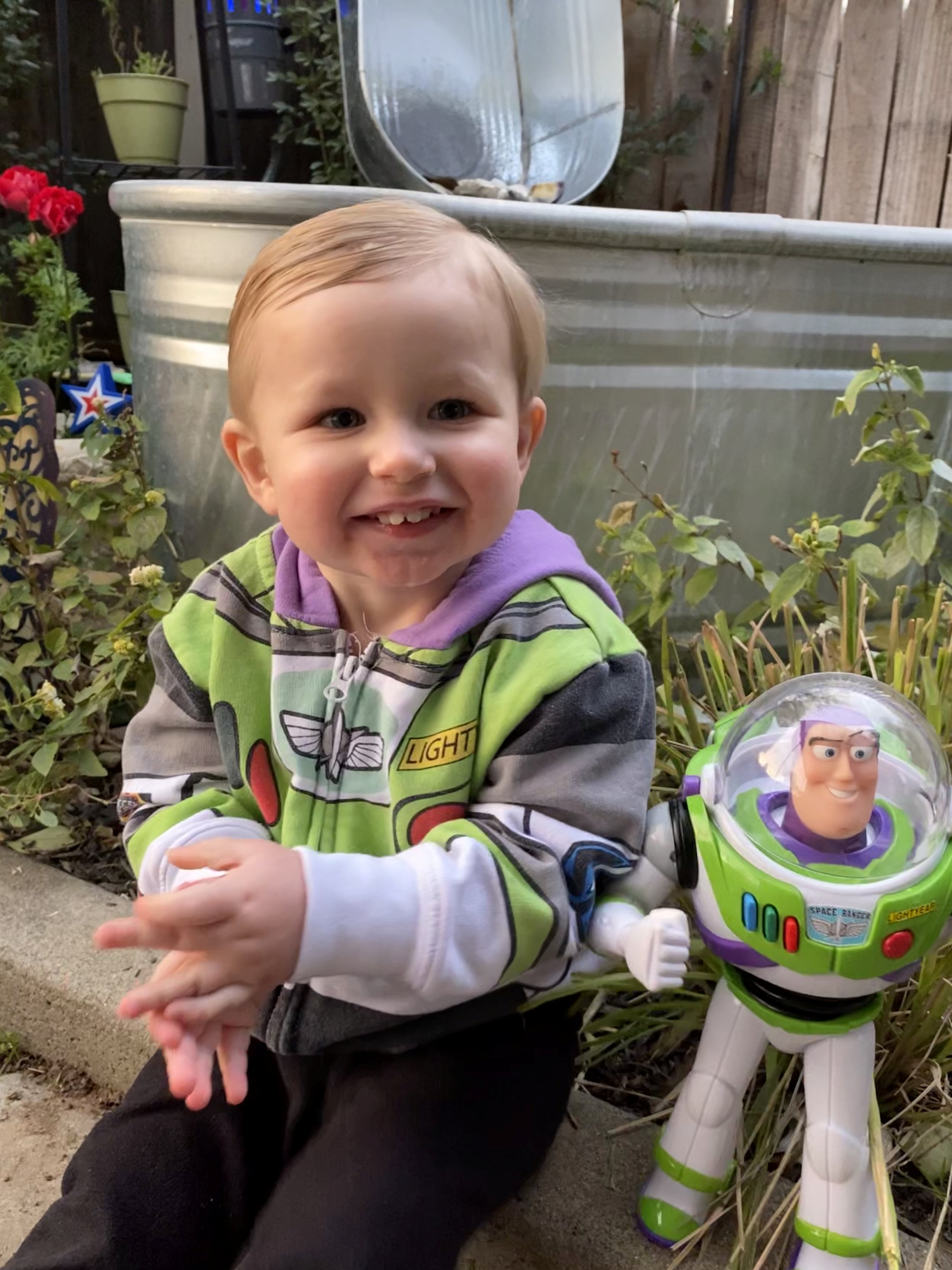 Ashley, who was seven months pregnant at the time, said: "He’d just turned two and plane rides with young kids can be stressful, so we bought his favourite toy.

"It was a very long, stressful flight, in addition to COVID protocols and having the masks and all of that.

"When we landed I just couldn’t wait to get off the plane as I was having a rough time with the pregnancy.

"When we got there we had realised we didn’t have Buzz.

"My son was in full-blown meltdown mode, after all the travelling he was devastated, but we had to go." 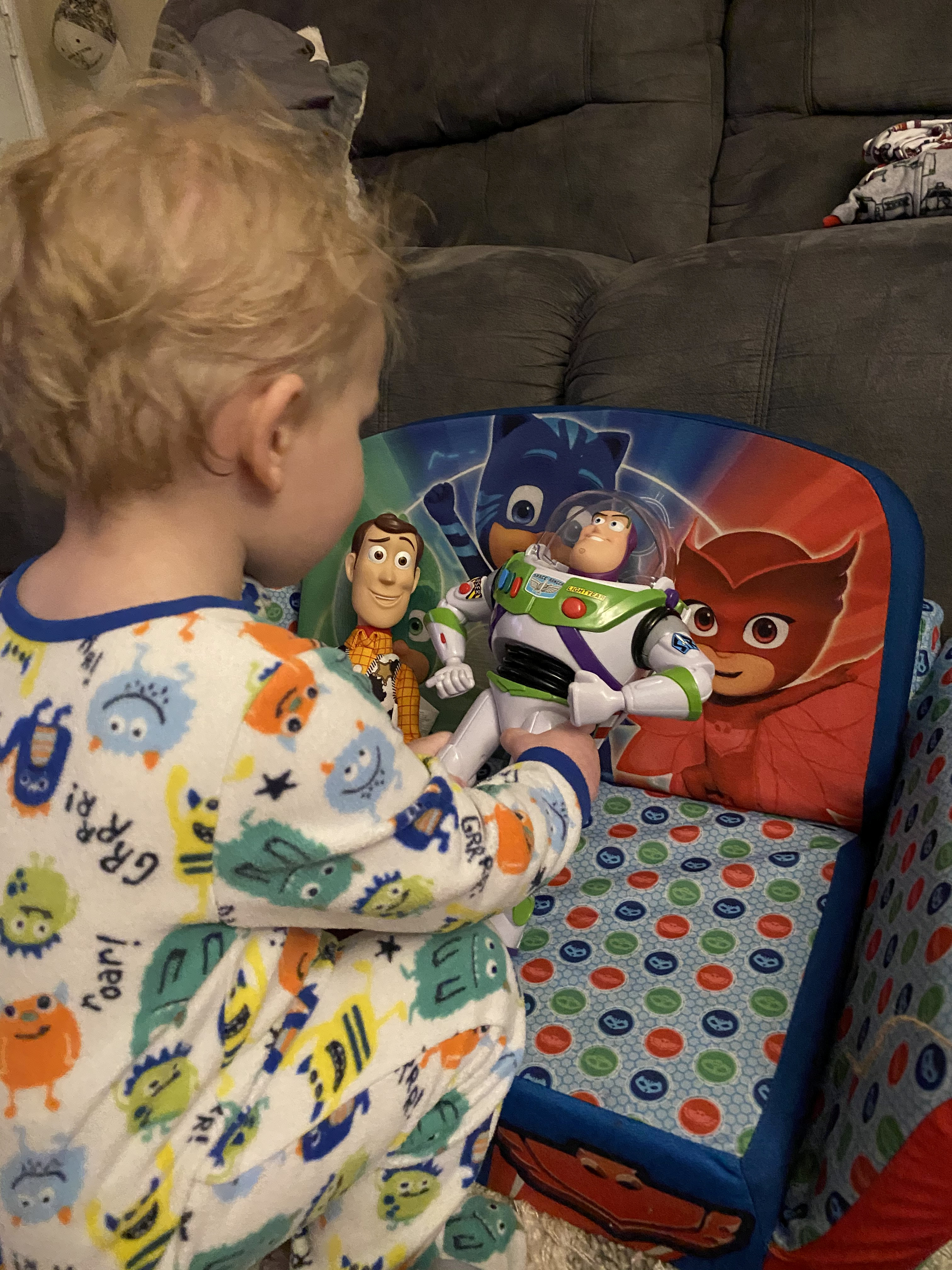 Hagen is a huge Toy Story fan. He has a bedroom full of action figures, Buzz and Woody pyjamas and watches all four movies multiple times each week.

They looked up how much it would cost to go through the official reclaim process – but decided against it when they discovered it was more than the cost of the toy.

The family returned to their home in Elk Grove, Sacramento, and around a week later received an email from Jason Hamm, a ramp agent at Dallas Love Field Airport.

He had found Hagen's toy and wanted to know where to send it back to.

Hagen, like in the movie itself, had written his name on the bottom of Buzz's boot and Jason retrieved Ashley's contact details from their reservation.

They organised for the box to be delivered, and Ashley was shocked that it arrived so fast, as Texas was in the midst of a huge freeze.

She said: “He went out and literally fought a storm to make sure he got it packed up and sent it. I was surprised we got it so fast.

"The box was all decorated on the outside. It was kind of comical how it had gone through our postal service with ‘too infinity and beyond’ written on it!"

He was so happy. We opened it up later in the afternoon and he played with him and went to bed, but the first thing in the morning was like ‘Where’s Buzz'?!

On February 28, the family opened the package, that had been decorated with cartoons from Toy Story, and caught Hagen's reaction on camera.

Ashley said: "He was so happy. We opened it up later in the afternoon and he played with him and went to bed, but the first thing in the morning was like ‘Where’s Buzz'?!

"He grabbed Buzz and cuddled him right next to him on his little pull-out bed and watched his morning cartoons with his BFF next to him."

And here are some easy ideas for random acts of kindness.