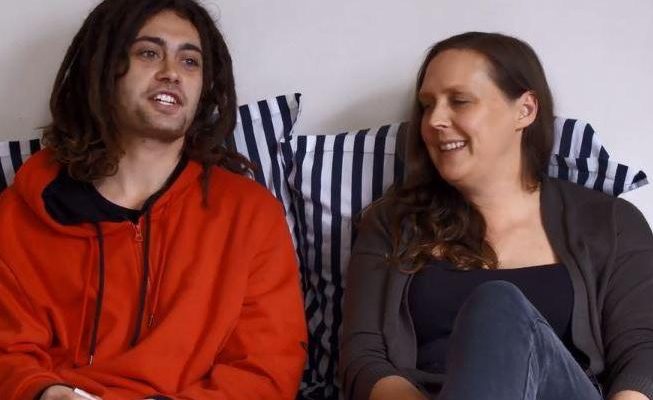 Claire, 47, who's originally from Bristol, got together with Kiwi Danyon, 22, two years ago. He now lives with the family and acts as stepdad to her three youngest kids.

The couple, who live together in Masterton, Wellington, New Zealand, appear on tonight's episode of Age Gap Love – to discuss the impact the 25-year divide has on their relationship.

Of the early days, Claire confessed: “I wondered if I was one of those tragic older women having a mid-life crisis.

“I’ve had my children, he’s a young, fit, healthy adult male, he should be looking forward to marriage and kids and I felt committing to me was taking so much away from him.” 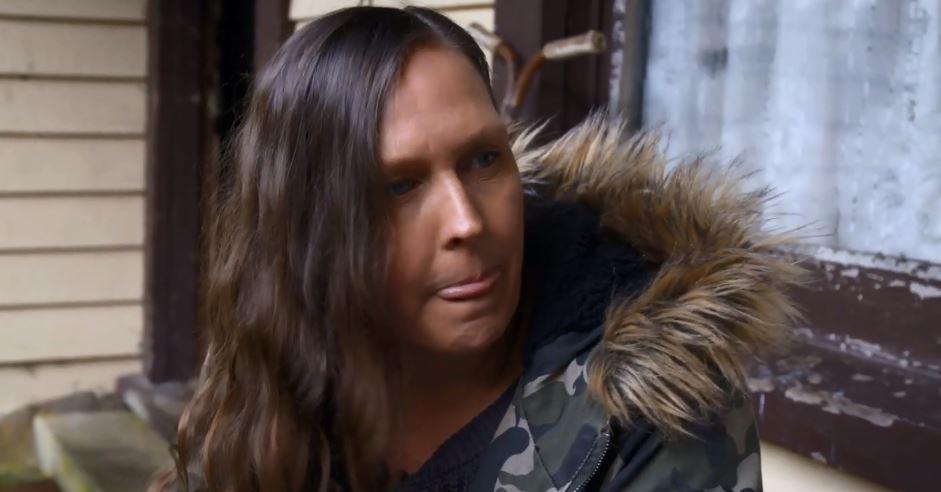 While Danyon, who's still friends with Claire's 19-year-old, worried how the kids would take to him.

He told Channel 5 cameras: “I was more worried about if everyone in the family didn’t think I would fit in, if I wouldn’t be compatible.”

Luckily her three youngest girls instantly took to Danyon, with Claire saying: “I think he does really well, they relate to him. I think that’s one of the benefits of having a young partner.”

Danyon added: “Sometimes I get a bit nervous that I might not be as parental as it should be. But everything seems to go fine.

“I feel like it keeps me more in check, when I was living on my own I’d tidy like once a week.

“I couldn’t have stayed the same way, I needed to grow. She showed me how to realise things.”

“And how to wash up,” Claire quipped. 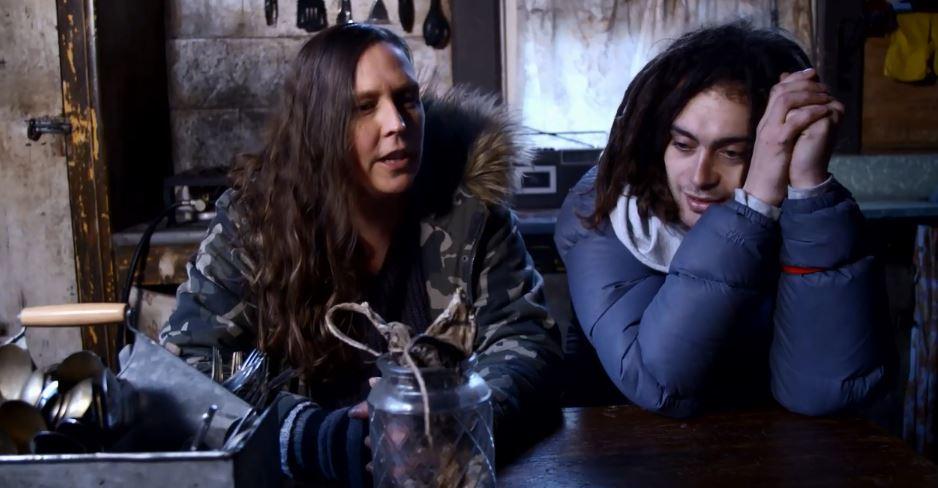 Claire met Danyon when her sociable son, who's now 19, invited him round to the family home.

She said: “My son was a really sociable guy and there was always lots of friends, people coming round and hanging out around us.

“The other young people who were hanging around me all called me Mama.

“I was throwing up a party and we ended up getting together. That was a hell of a party, from what I can remember.

“I assumed it would be a one-off, like OK, he’s done this out of curiosity, but we got close really quickly.”

While Danyon added: “Yeah obviously at the time I really liked Claire anyway.” 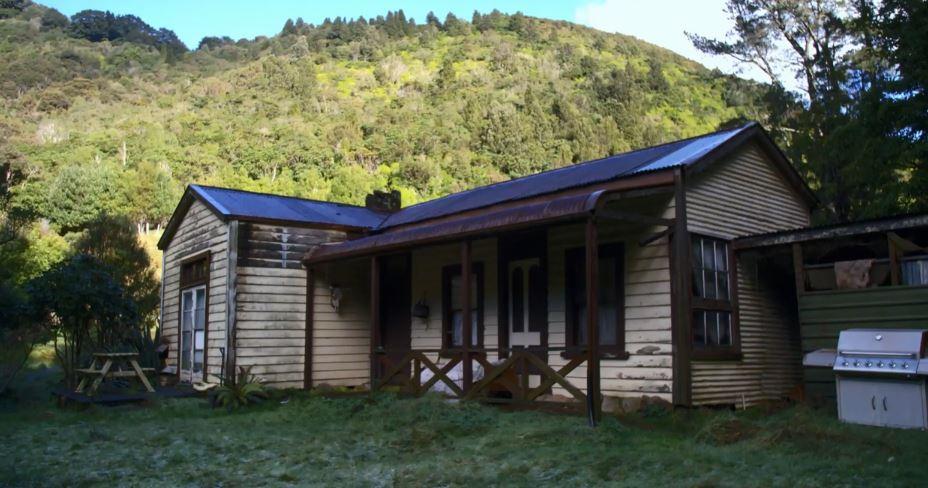 At the time, Claire was recently separated from her husband, while Danyon's ex-girlfriend had just died.

The couple spent the winter in Claire's wooden shack in rural Wairarapa, where temperatures plummeted to -5C inside the house at night, and say they "healed" together before revealing their relationship to the world.

Claire was dreading meeting Danyon's mum, who's a similar age to her, but luckily she's "cool with" the relationship.

Speaking on the show, she said: “I was petrified about telling you (his mum). I was very nervous that you would take it badly.

“I feel lucky, because I would have taken it (personally) if she had found it hard.”

Danyon said: “She was really cool with it. Before we met, I was living on my own for almost two years and I think at that time mum had been a lot more concerned about how I’m coping out in the world.”

While his mum said: “We get on pretty good. It doesn’t bother me at all. He’s his own man. As long as Danyon’s happy that’s all I care.” 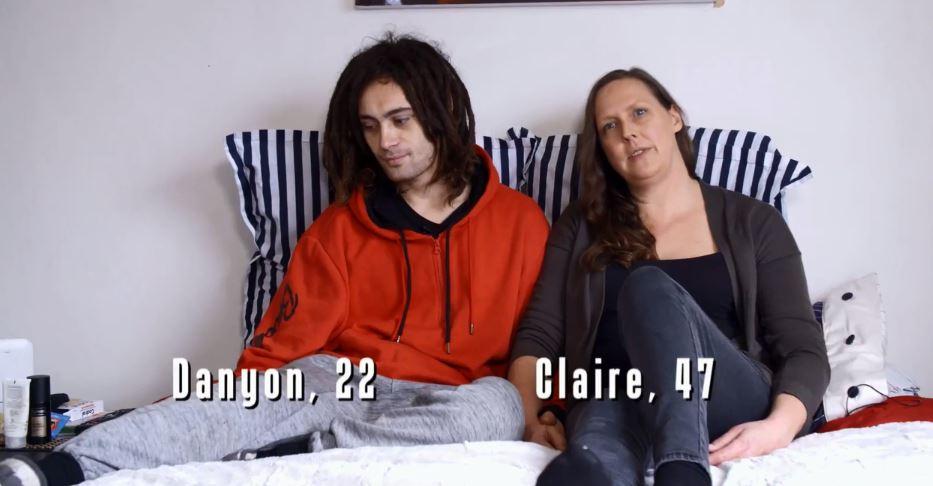 Claire thinks Kiwis are more laid back than people here in Britain, meaning she doesn't feel judged when they walk down the street holding hands.

She said: “I think the population is quite laid back. People don’t judge so much here as they do in other countries.

“I’m more likely to get high-fived than a negative comment.”

But that doesn't mean the age gap doesn't bother the mum, who admitted she worries about ageing faster than her toyboy.

She said:“It does sit at the back of my mind, how will he possibly find me attractive in 20 years’ time?

“How will I cope with the fact that lots of people will find him really attractive, and why would he want to stay with me?”

But Danyon insisted: “I think it’s terrific because these things don’t actually stress me at all, I don’t see it happening. I love her and that’s as far as it goes.”

Tonight's episode also focuses on a woman, 28, who married her STEPFATHER, 69, and was walked down the aisle by a DOG after family disowned her.