June 2 is a day that will live in Instagram history (or maybe infamy). Black tiles flooded Instagram feeds as part of #BlackoutTuesday, a social campaign to raise awareness for the Black Lives Matter movement. George Floyd, a 46-year-old Black man, had been killed by Minneapolis police just a week earlier, sparking protests across the nation and demands for change. Calls for an end to systemic racism, police brutality, and white supremacy were loud and righteous. So #BlackoutTuesday, a hashtag that was posted around 28 million times, went viral.

Many companies participated in #BlackoutTuesday, including countless fashion brands. However, the move struck many—particularly Black and Brown people who work within those companies—as performative. It felt disingenuous, especially coming from an industry so entrenched in systemic racism, like a moment of optical allyship that didn’t go far enough.

“We can’t just go back to posting black squares and going about our business,” says Sandrine Charles, a New York–based public relations consultant. “We have to acknowledge what’s really going on.” 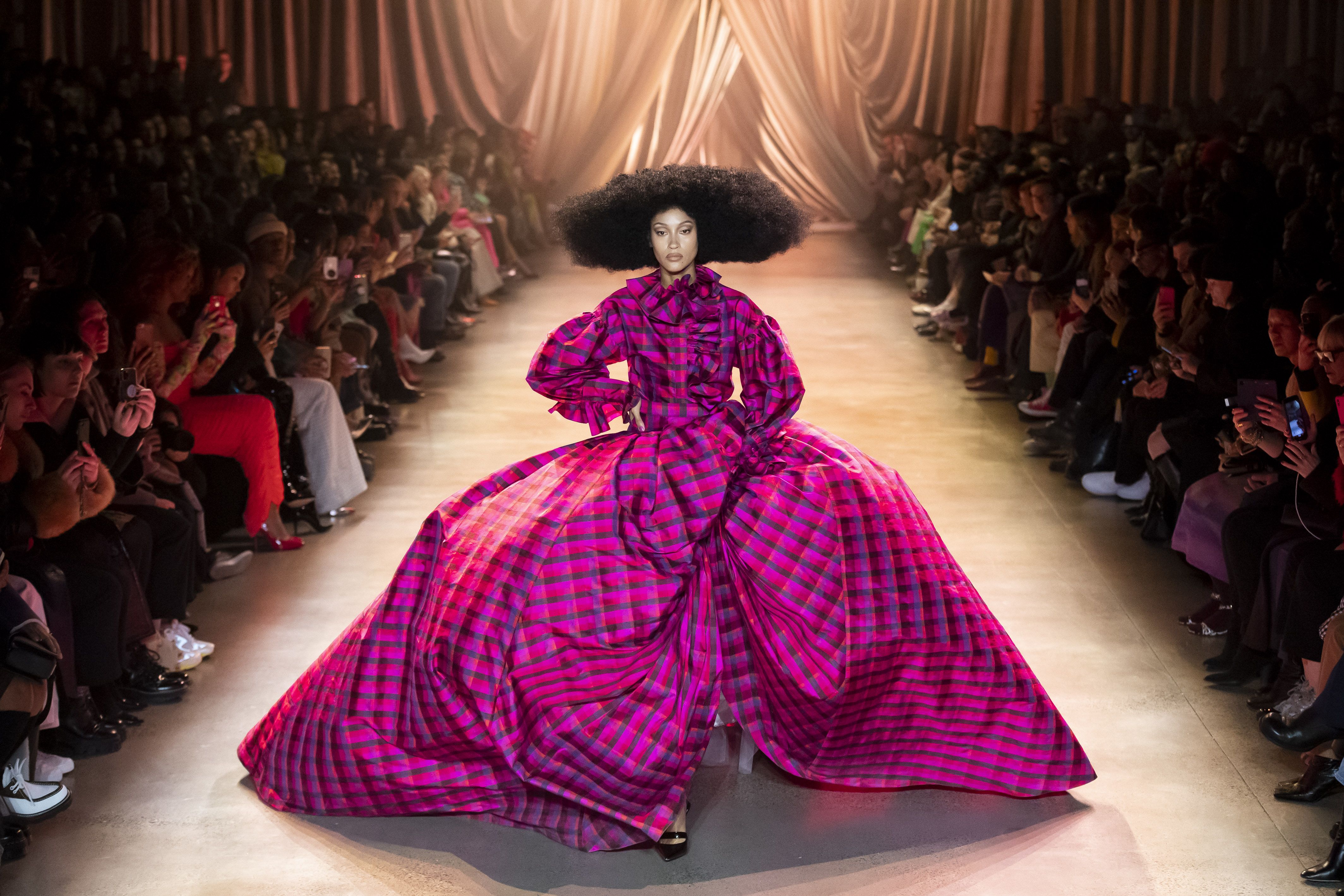 This past June, Charles, along with several other Black fashion professionals, launched a slew of initiatives to create a road map for accountability within the fashion industry. Charles and Teen Vogue’s editor in chief, Lindsay Peoples Wagner, cofounded the Black in Fashion Council, with the goal of creating a system that would measure the level of inclusivity within a company—one that mirrors the Corporate Equality Index that the Human Rights Campaign uses to benchmark issues pertinent to those who identify as LGBTQ+.

Aurora James, designer and founder of accessories label Brother Vellies, instituted the Fifteen Percent Pledge, an advocacy initiative that urges major retailers (not just those in fashion) to commit 15 percent of their seasonal buy to Black-owned businesses to reflect the 15 percent of the country that identifies as Black.

Fashion industry vets Kibwe Chase-Marshall, Henrietta Gallina, and Jason Campbell launched The Kelly Initiative, named after designer Patrick Kelly, in June with the demand that the Council of Fashion Designers of America meet to consider implementing an industry census and audit of fashion’s headhunting and recruitment sector. Months later, the CFDA formed a Black advisory board to guide the trade organization and its members toward sustainable diversity and inclusion efforts, and to develop programs that provide opportunities for Black talents. Spearheaded by CaSandra Diggs, the newly appointed CFDA president, the board includes Harper’s BAZAAR’s own Samira Nasr. 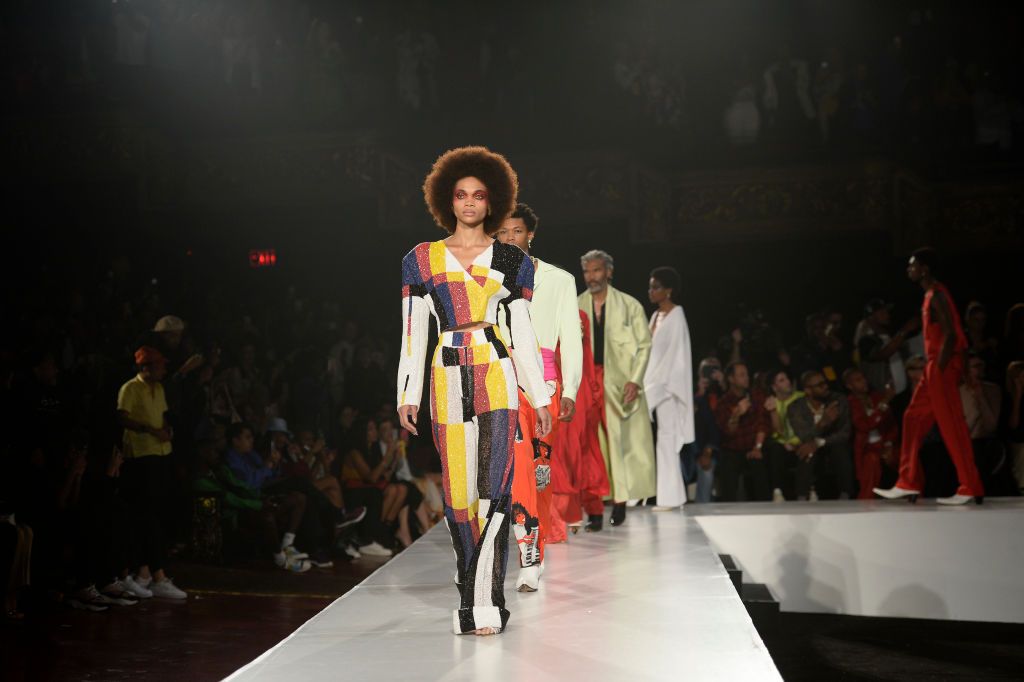 Three months later, the industry is now in the middle of fashion month, the biannual circuit from New York to London to Milan to Paris, during which brands present their collections to buyers and press. It’s a fitting time to take stock of the industry. Here, we check in with each of the four organizations to get their takes on how—or if—things have changed since June, and what they’re up to now.

“There’s only so much we can do in terms of canceling brands over and over again,” says Charles. “And then if we do continue to cancel them over and over again, we are not proposing an opportunity for them to do the right thing. We want to be a network for brands and companies.” To that end, Calvin Klein, Farfetch, Everlane, the Gap, Glossier, L’Oréal, Intermix, PVH Corp., Moda Operandi, Tiffany & Co., and The RealReal are among the almost 100 companies that have signed three-year contracts with the newly minted LLC.

According to Charles, the BIFC will provide listening sessions, and diversity and recruitment training, along with continuing to develop an equality index score card that rates the diversity within a company. “The short-term goal really is to create this industry standard,” she says. “We’re here to represent and secure the advancement of Black individuals in the fashion and beauty space. We envision a workforce where Black people are represented and amplified at every level, from the assistant level to the C-suite. We wanted to ensure that this was an opportunity for brands to step up and work alongside us.” 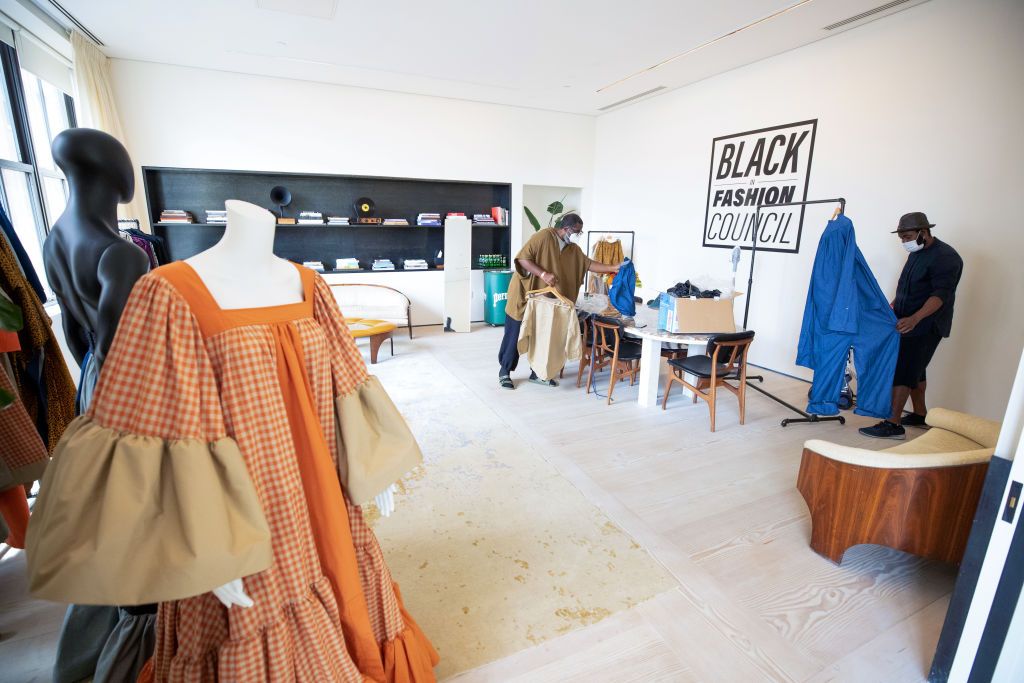 During New York Fashion Week, the BIFC partnered with IMG on two programs: a showroom that spotlighted the collections of Theophilo, Undra Celeste, and Kenneth Nicholson at Spring Studios; and a town hall hosted by Charles and Peoples Wagner that included discussions with Studio 189 cofounders Abrima Erwiah and Rosario Dawson about small businesses serving as agents for change, and another with designer Victor Glemaud about how fashion shapes and reflects cultural movements. “What’s important for IMG is creating a space for these conversations to be had,” Judy Matz, IMG’s head of programming, says. “We really want to shine a light on topics that don’t really get discussed.”

“We have seen tremendous progress,” says James. “After only launching a few months ago, we have partnered with brands who made big commitments.” Already, behemoth corporations—including Sephora, Rent the Runway, Yelp, MedMen, and West Elm—have taken steps to allocate portions of their inventory for Black-owned businesses. 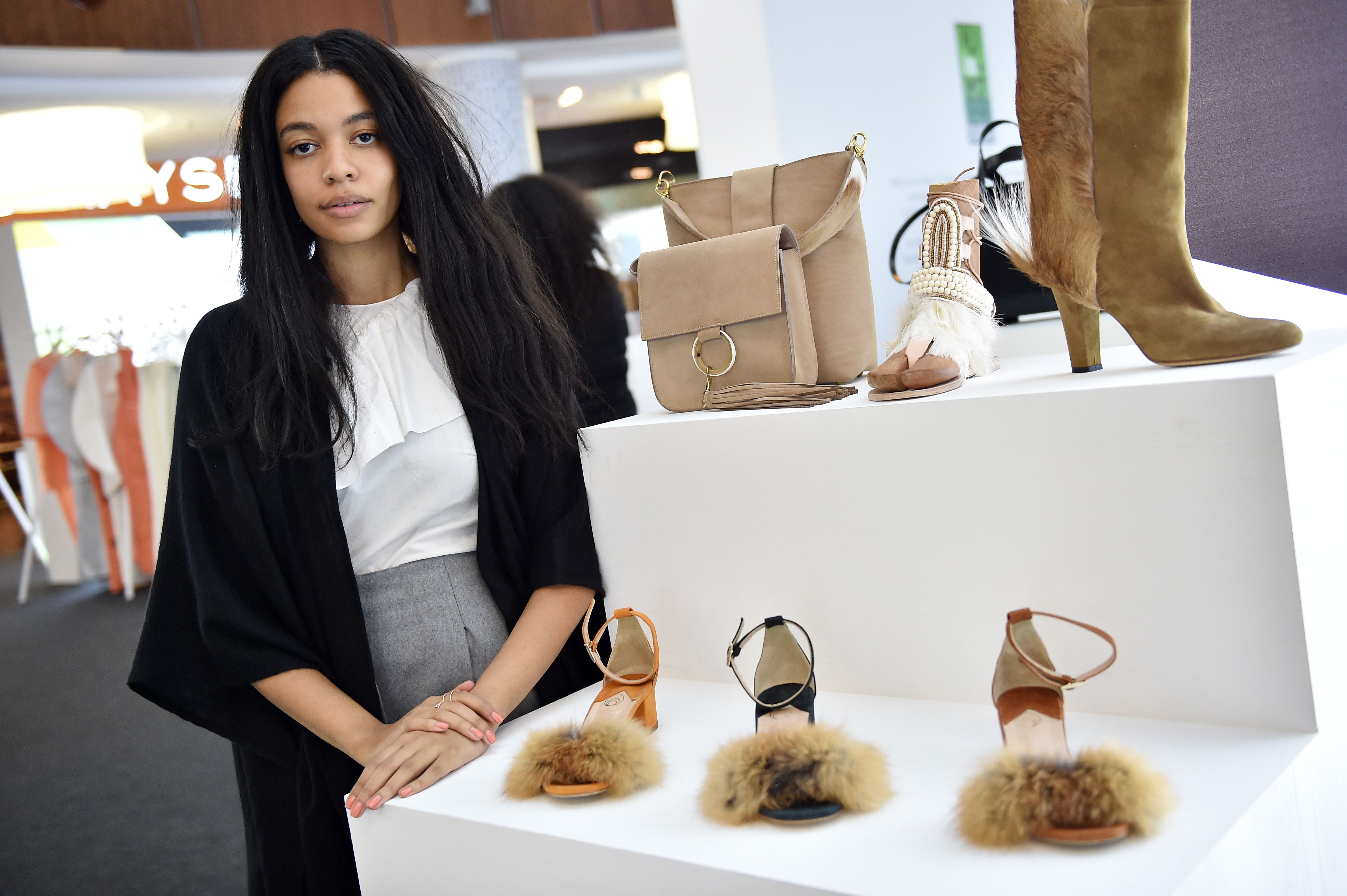 Initiated with an open letter signed by more than 250 Black fashion professionals demanding that the CFDA convene a meeting to discuss the potential for an industry census and headhunting and recruitment intervention, The Kelly Initiative has followed up its call for change with a four-point plan to “increase the fashion industry’s transparency and accountability in regard to Black professional inclusion.”

“There aren’t a ton of Black designers that have full-time positions in companies,” says Chase-Marshall. “I want to bring visibility to that reality, and not just the high-profile appointments like Dapper Dan and Virgil Abloh.”

The Kelly Initiative has also launched an editorial fellowship to support emerging fashion and lifestyle writers. For six months, they will produce content for the platform with the guidance of industry professionals. “It’s about fostering a network and bridging the gap between the writing community and the creative community,” says Chase-Marshall. “I want to create a space where young Black writers are working with Black editors, who have a level of inherent knowledge of cultural nuance.”

The CFDA Black Advisory Board 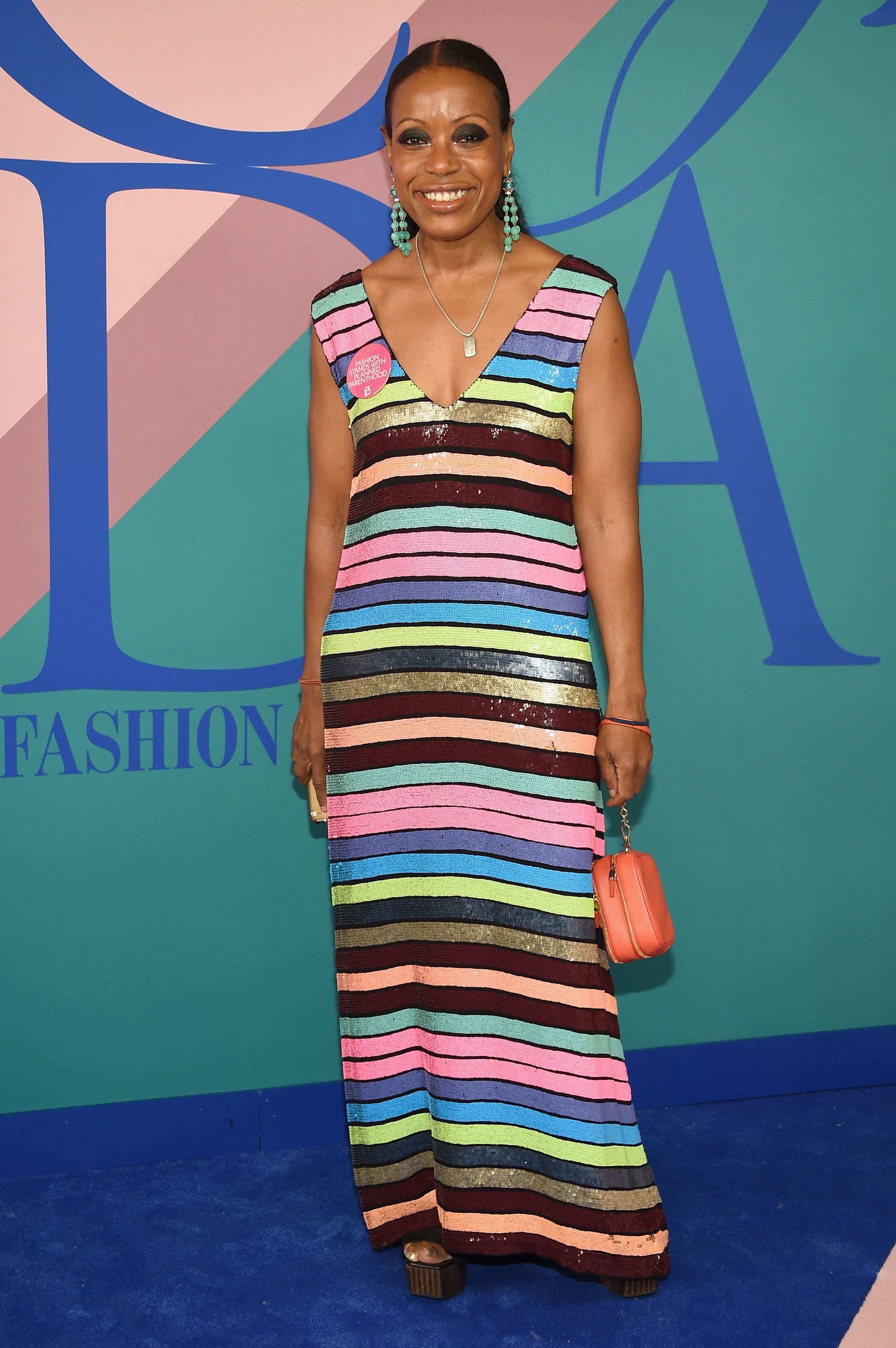 “Both CaSandra and I are of the mind that this isn’t about jumping on the bandwagon,” says Reese. “It’s about really addressing our industry very thoughtfully and also addressing the CFDA as an organization, because most people perceive the CFDA as a governing body of our industry. It’s not really that, but there’s definitely that perception. We don’t have the authority to tell any business what it must do. We can suggest, and we can lead by example. For me, that’s the biggest part of it. We start at the root and with our own foundation. That’s why we’ve been taking very thoughtful steps to reach this point. We also want to be working alongside a lot of these other organizations that have been formed. We don’t want to be in competition at all.”

Each of these Black fashion initiatives is addressing specific issues in the industry. All emphasized that there are no feelings of competition. Rather, all the founders and members sees themselves as part of a single chorus, all working toward the goal of changing a discriminatory system.

“Each organization has its own niche and strengths, and I think we can work in support of each other,” says Reese. “We are working a bit with Black in Fashion Council, and there are CFDA members that are part of other groups. I think that each group has potential to have a great impact, and together, I’m hoping three years down the road, five years down the road, we can start to see a measurable difference.”