Adele graced the covers of both American & British ‘Vogue’ for the November issues & she looked flawless in a plunging yellow gown.

Adele is officially back and better than ever (not that she ever left)! The 33-year-old singer just graced the cover of not one but two Vogue November issue covers – British and American, after five years of no press and no magazine covers. For the British cover, Adele looked drop-dead-gorgeous in an off-the-shoulder satin yellow gown with a plunging neckline that revealed ample cleavage. 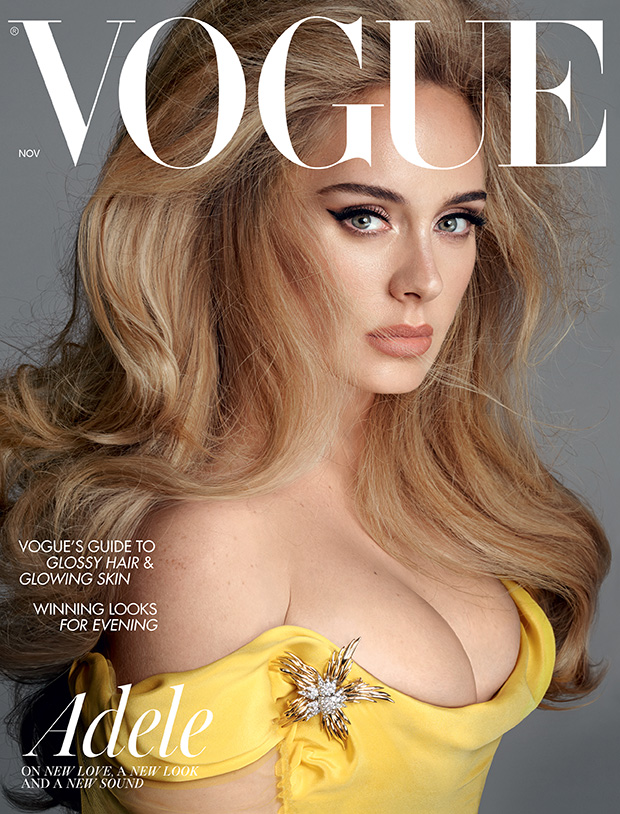 Aside from her gown, Adele looked breathtaking in the up-close photo which featured her red hair in voluminous waves cascading around her while her signature thick black cat-eye liner was front and center. 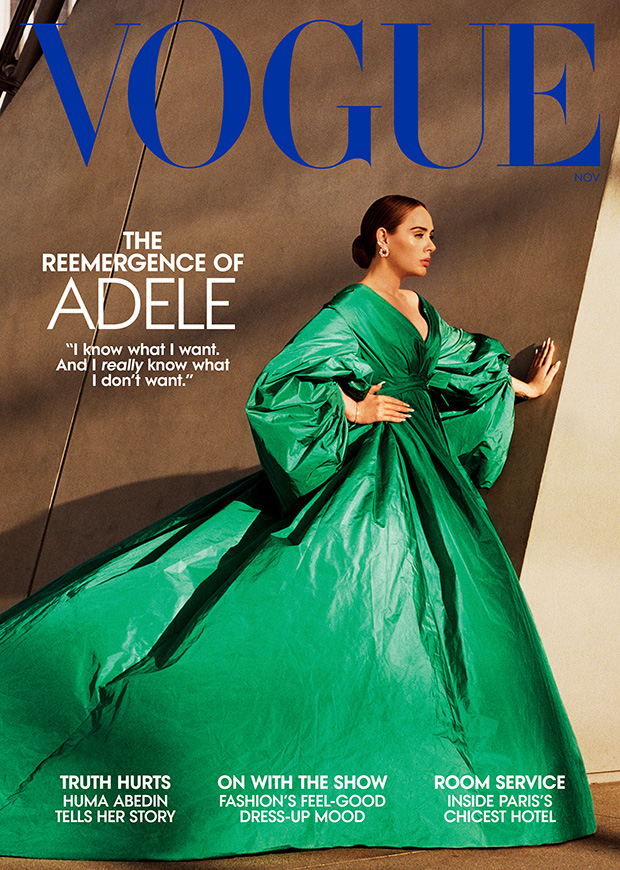 For the American magazine cover, Adele looked regal in an off-the-shoulder bright green gown that had a long train that trailed behind her. Her red hair was slicked back into a super sleek low bun while a pair of diamond earrings and a red lip completed her look.

In another photo from the spreads, Adele showed off her fabulous figure in a skintight satin black corset top that revealed her tiny waist. She was also pictured sitting down, showing off her toned legs while wearing nothing but a pair of heels and a massively oversized Helen Yarmak feather jacket. 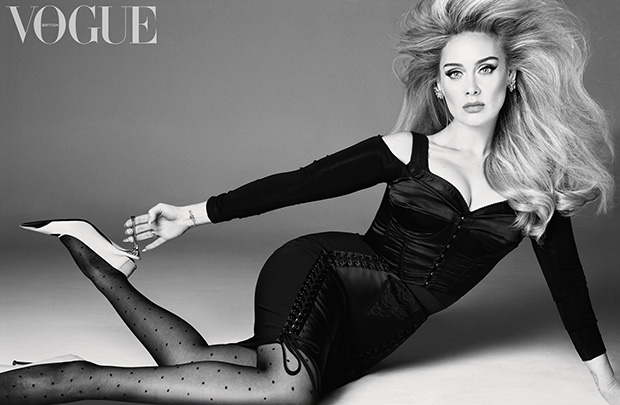 Adele posted the cover to her Instagram with the caption, “Imagine four larger than life Brits tasmanian deviling around Milk Studios in Manhattan all under the watchful eagle eye of the myth, the legend, the most iconic and hilarious Steven Meisel! We caused havoc.”

She continued, “Thank you Edward, Steven, Pat, Guido, and Giles. To glam, wardrobe, the crew, and everyone at British Vogue… In the words of Pat herself – ‘MAJJJJJOOORRR BAAAAABBBEZZZZ’”

We cannot wait for the magazine to hit newsstands on October 8.