ONE wedding dress retailer was FURIOUS when she discovered a woman was returning a dress she pretended she hadn't worn.

Confused as to why the 'bride-to-be' was returning the dress days after purchase, it all came to light when a photographer revealed he had attended the customer's wedding – and she had worn the dress. 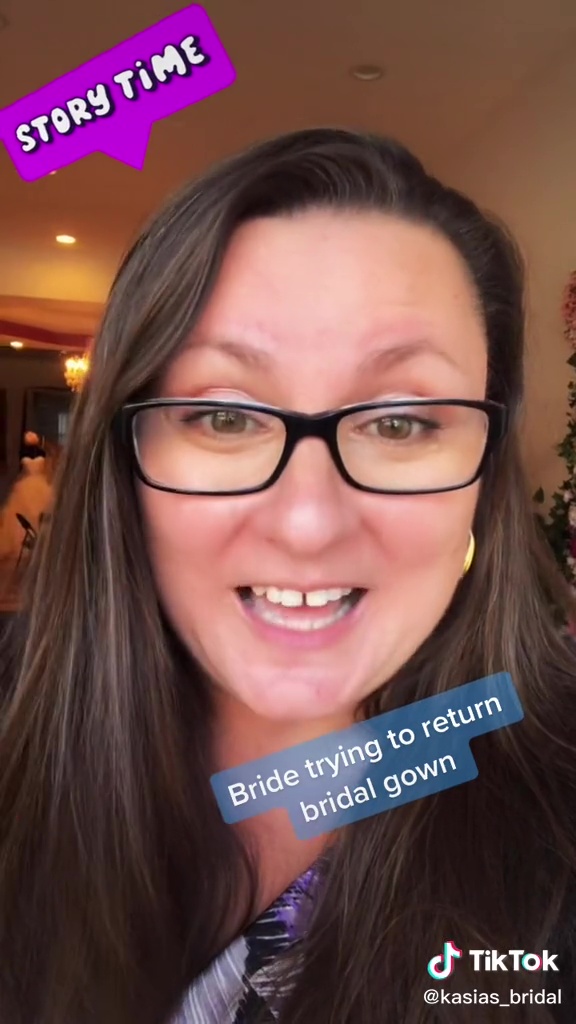 Taking to her TikTok account, boutique owner Kasia, who owns the store in Chicago, US, said "you seriously could not make this stuff up."

She says that as she was closing the store one evening, a woman came to the door asking could she come in and buy a dress off the rack as her wedding was in two weeks time.

Posting under the domain @kasias_bridal Kasia said: "She said I'd love to be able to walk out with a dress. She looked like a pretty standard size that we had a lot of. So she came in, we found a dress in half an hour."

"She only needed a short hem taken up but she said she would just wear heels to adjust the height. She said 'for what I need this is perfect, there are only 50 people coming to our wedding'. So I thought great. Sold" added the boutique owner.

Three days later the woman attempted to return the wedding dress and the boutique owner said it was in the contract that there are no returns.

"Her response to that was 'well I had a really great experience at your store. I would hate to have that changed just because you won't take the dress back' and that's not fair because she knew what the policy was when she purchased the gown" said Kasia.

"I didn't respond to it. I had to get to work. I left it as is. I wanted to respond calmly" added the boutique owner.

By the time she got to work, Kasia had received a message from her photographer friend who said he was so happy he got to work with one of "her brides" on the weekend.

"The email said ' Kasia, I was so excited I was able to work with one of your brides, she just purchased her gown from you, and she was so happy with the services, check out these pictures.' Guess whose pictures they were" said Kasia.

Adding: "The girl that's trying to return the dress. So here she is telling me that the wedding is this coming Saturday and now she's tryna go and return it, with me thinking that the wedding was due to happen when it ALREADY happened."

Not wanting to throw her friend under the bus, the woman went to her photographer's Instagram and screenshotted the photo he had uploaded of the bride.

"I didn't respond to anything but sent that photo to the bride. Now I'm waiting to hear back because that was four hours ago and I don't think she expected me to have a photo of her at her wedding" she said.

"That's why every sale is always final at bridal shops" added Kasia.

The boutique owner's post has received a whopping 1.3 million views and an influx of comments.

"She intended to do this from the beginning. That's what she LIED about the wedding date" another added.

A third commented: "Do people not realise that people in the wedding industry work together all the time and talk." 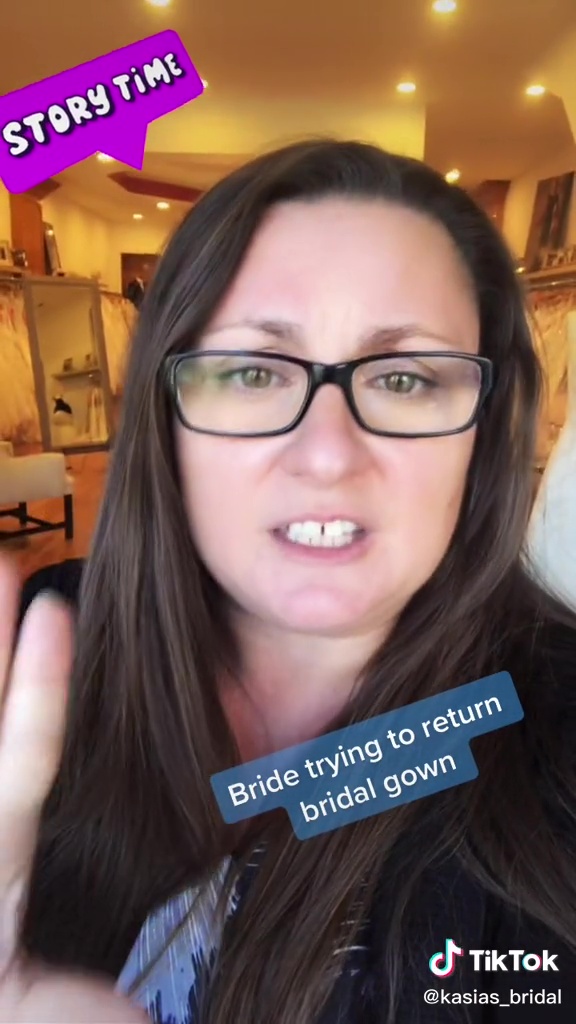 For more wedding, related stories see how one casual dressed groom is shamed for wearing Crocs and shorts to his wedding.

In more wedding drama see how one bridezilla kicked her friend out of her wedding for cutting her hair -for medical reasons.