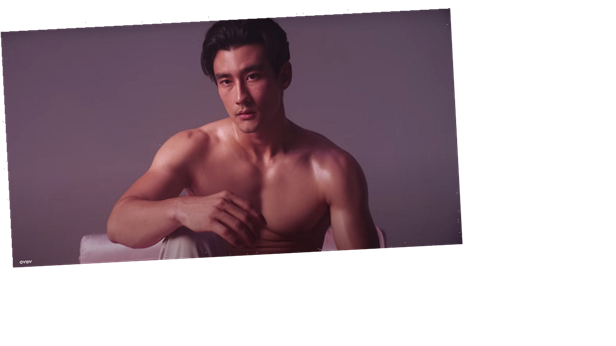 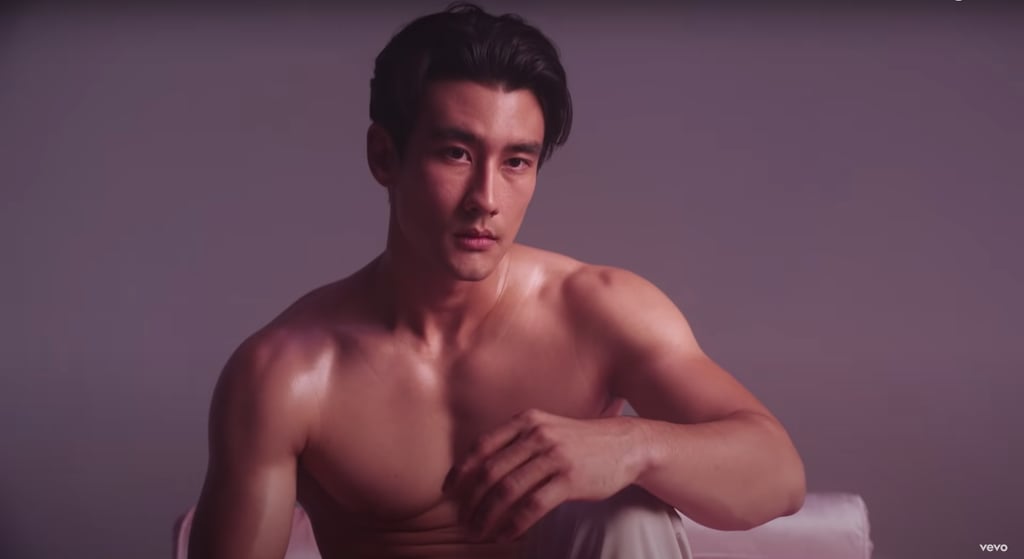 The Alex Landi hive grew tenfold this week. Longtime fans of Grey’s Anatomy have been thirsting over the actor since he joined the medical drama series as Dr. Nico Kim back in 2018, but on Friday, he traded in his scrubs and white coat for an astronaut suit and a whole lot of body oil to star in Doja Cat and SZA’s “Kiss Me More” music video. And let me tell you, it’s quite the sexy sight to behold, so grab a towel to dab away your sweat.

The production is a dreamy, otherworldly masterpiece, featuring Landi as a handsome spaceman exploring a mystical planet. When he takes a bite from a mysterious hanging fruit while canoeing through the waters, he’s transported into SZA and Doja Cat’s inner lair, where silky bed sheets, seductive shoulder kisses, and smoldering gazes abound. Oh, and that’s also where Landi’s character ditches his spacesuit in favor of satiny pink pants and, well, that’s about it.

Seeing as I’ll likely never get over Landi’s shirtless, oiled-up cameo in the “Kiss Me More” music video, I went ahead and screenshot all of his steamiest moments to make repeated admiration much easier. Swoon over each one ahead after watching the video in full.