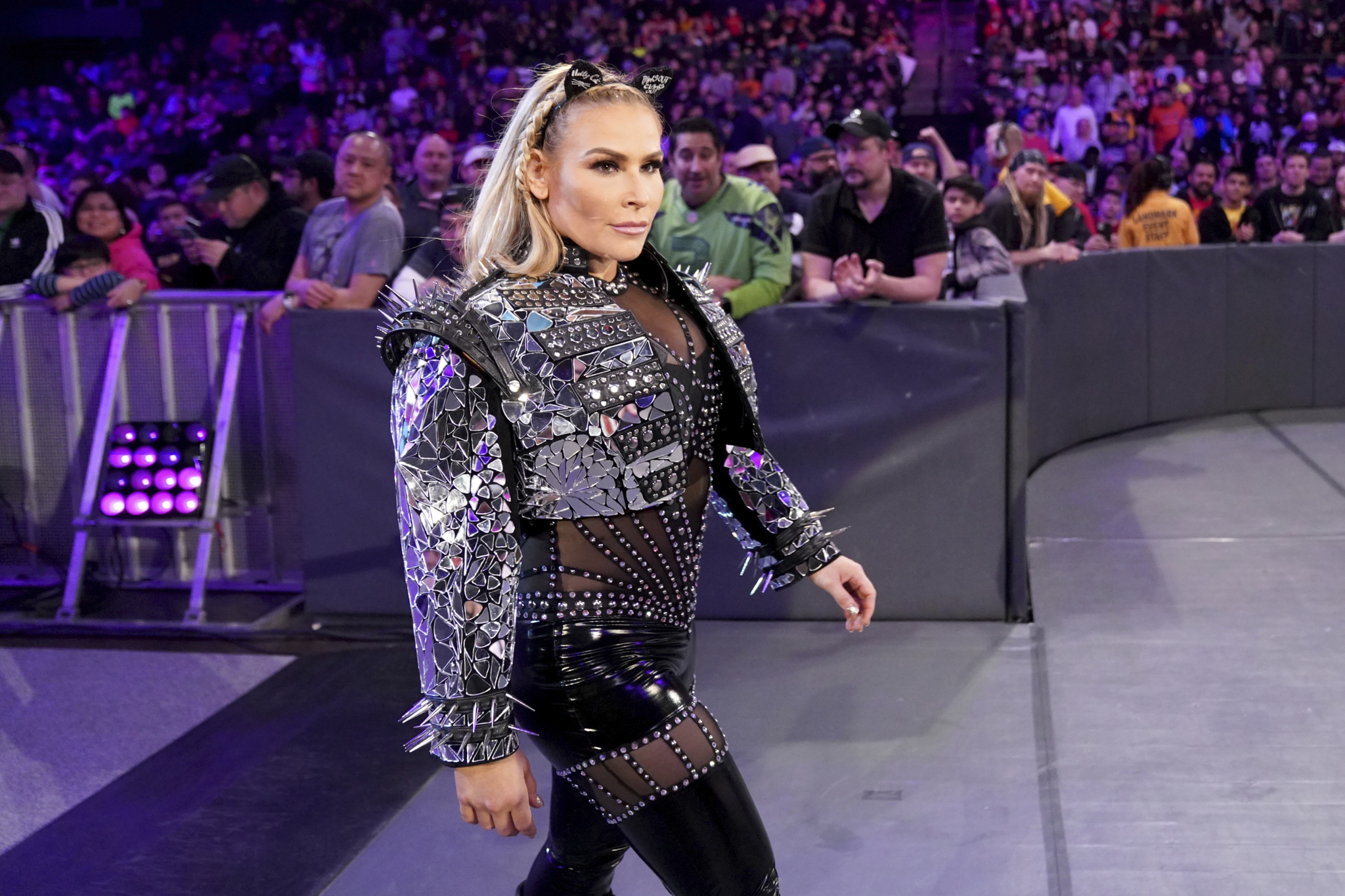 WWE star Natalya is delighted by the resulted after getting her dislocated nose fixed in hospital.

The former SmackDown Women’s Champion was left with the bloody and gruesome injury during her hard hitting match with Shayna Baszler on Friday night’s show as the Queen of Spades showed off her nastier side with Ronda Rousey for backup.

Initially sharing a photo of the aftermath backstage over the weekend, she quipped: ‘I knew Shayna wanted her big break in WWE. Didn’t know it would be my nose.’

Now, she has posted another snap from a hospital bed with blood on her face and fingers, as she flashes a peace sign for the camera, with an oxygen mask to the side.

‘We moved my dislocated nose back to the center of my face where it belongs!! I love the shape of my nose and it will stay the same, thank goodness! Can finally breathe again,’ she tweeted.

Clearly not letting herself be phased by the injury, she added: ‘Pain is beauty! LFG!’

A number of Natalya’s fellow stars – past and present – have replied with messages of support, including SmackDown broadcaster Kayla Braxton.

‘Still a babe! Speedy recovery love you,’ she wrote, while wrestler Carmella added: ‘Love you Natters!!!! Prayers for fast recovery.’