Just when it seemed like reality TV dating series couldn’t get any stranger, Netflix gave the world a glimpse at its new show Sexy Beasts, which features individuals searching for love while wearing prosthetics.

The first trailer for the series dropped on Wednesday, June 23, and quickly took over the internet due to its odd premise. “Sexy Beasts is a new dating show where real-life singles sport elaborate makeup and prosthetics to put true blind-date chemistry to the test,” Netflix tweeted. 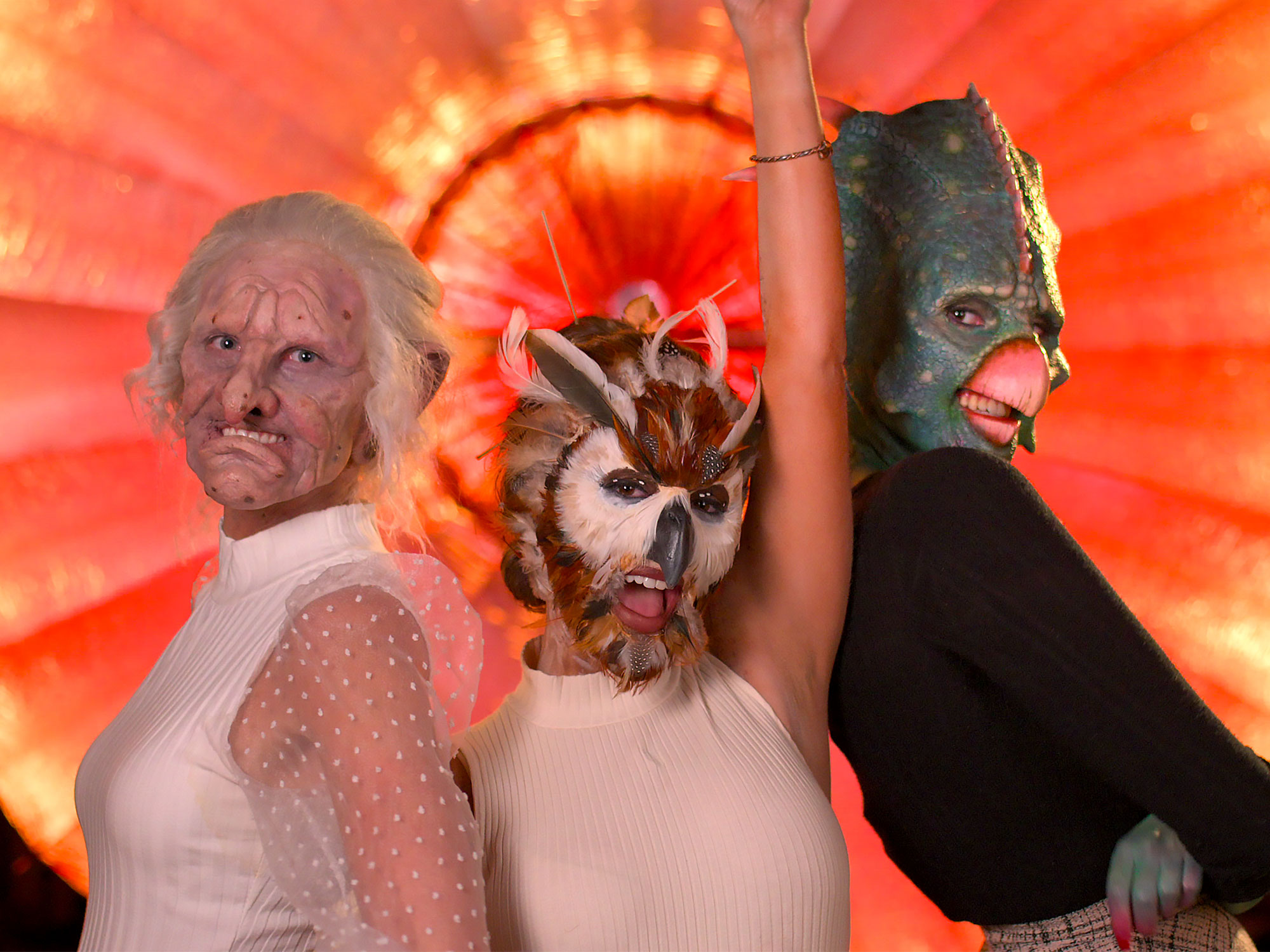 The video opens with a woman dressed up as a panda telling her date, who is made to look like a bull, “I wanna get married, I wanna have babies before I’m, like, 26. Do you have health insurance?”

Narrator Rob Delaney then explains the objective of the series. “Welcome to the strangest blind date ever,” he says. “Could you fall in love with someone based on personality alone?”

Reality Stars Who Hooked Up With Stars From Other Shows

While one contestant agrees that personality is “everything” to him, another, who is costumed as a beaver, counters, “Ass first, personality second.”

Meanwhile, some in the cast doubt the viability of a relationship born out of the bizarre situation. “What if I pick you and I’m not what you expect underneath?” the panda asks at one point.

Elsewhere in the trailer, each contestant appears before a group of three and selects their “sexy beast” following a series of dates, which include activities such as axe throwing, bowling and skeet shooting. The suitors then meet each other face-to-face without any prosthetics on.

Couples Who Survived the Reality TV Curse (So Far)

Variety reported on Tuesday, June 22, that Netflix has already ordered the series for two seasons. The concept is not new either — it is based on Lion TV’s original British show for BBC Three in 2014 and has been replicated on a global level amid demand for such programs following the success of The Masked Singer.

Prosthetic artist Kristyan Mallet, who has worked on the Mission: Impossible franchise, created 48 unique designs for contestants over the course of two seasons.

“Making Sexy Beasts for Netflix has been an incredibly exciting process,” Simon Welton, creator and executive producer for Lion TV, said. “With an international cast featuring some truly brilliant characters, a host of prosthetics which look extraordinary in 4K and with Rob Delaney narrating, the viewers are in for a real treat. I hope the show puts a smile on peoples’ faces as they play along to discover who’ll fall in love with who, and what our cast all really look like.”