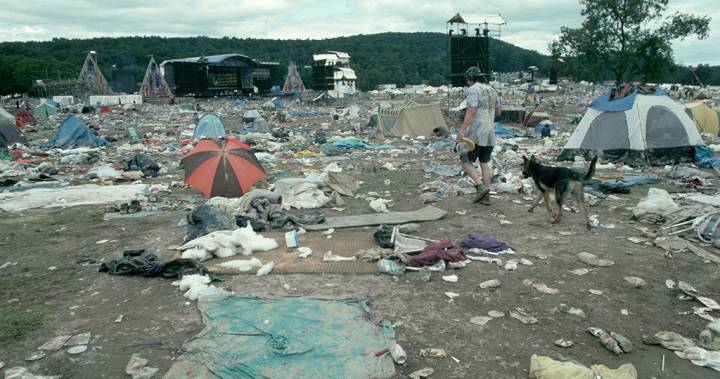 After weeks of uncertainty following delayed ticket sales, Woodstock 50 has now been cancelled.

The cancellation was confirmed in a lengthy statement on Monday by Dentsu Aegis Network’s Amplifi Live — the company funding the festival, according to Billboard.

“It’s a dream for agencies to work with iconic brands and to be associated with meaningful movements,” the officials began. “We have a strong history of producing experiences that bring people together around common interests and causes, which is why we chose to be a part of the Woodstock 50th Anniversary Festival.”

“But despite our tremendous investment of time, effort and commitment,” they continued, “we don’t believe the production of the festival can be executed as an event worthy of the Woodstock brand name while also ensuring the health and safety of the artists, partners and attendees.”

The statement continues: “As a result, and after careful consideration, Dentsu Aegis Network’s Amplifi Live has decided to cancel the festival. As difficult as it is, we believe this is the most prudent decision for all parties involved,” they concluded.

While the company has cited production issues, it’s possible that the “health and safety” issues briefly outlined are the main cause of the sudden cancellation.

Tim O’Hearn, administrator of Schuyler County (which includes Watkins Glen), told Pitchfork that the festival was awaiting approval on a mass gathering permit by the New York Department of Health (DOH) last week.

“The health department is reviewing to determine if a conditional permit may be issued that would allow for ticket sales to commence,” he said.

Watkins Glen — the festival grounds — holds nearly 100,000 people and is known for being an often troublesome venue that is easily affected by the weather. Only last year, Phish’s three-day Curveball festival was cancelled, as it was not approved by the DOH.

Could this be the actual reason Woodstock 50 was cancelled, or was it, in fact, the lineup that was not “worthy of the Woodstock brand name,” and left thousands of avid concertgoers disappointed?

Michael Lang and Common attend the announcement of the Woodstock 50 Festival Line-Up at Electric Lady Studio on March 19, 2019, in New York City.

Tickets were set to go on sale earlier this month, however, Woodstock 50 was still pending approval from the DOH. At the time Amplifi Live confirmed the cancellation, not a single festival ticket was sold.

As of this writing, Lang, 74, has not made comment on the matter.