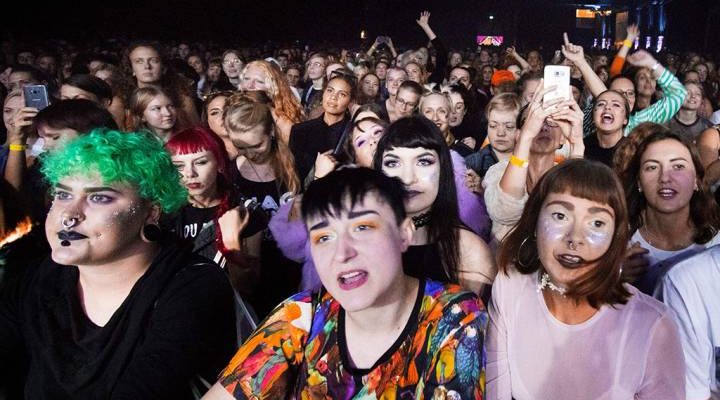 The world’s first women-only music festival took place last summer in Gothenburg, Sweden. The idea was created by comedian Emma Knyckare after she saw reports and statistics of sexual abuse at festivals in 2017. She wanted to create a “safe space” for women.

Knyckare enlisted 24 other individuals to help organize the event and launched Statement Festival in August 2018 after a successful fundraiser gained the team more than 500,000 kr — which is just over $75,000.

Five thousand women, non-binaries and transgender people attended the festival, which made a point of excluding cis men. (“Cis” means being born a biological male.) Although the campaign did not enforce a male-free policy, it was a key component to the marketing campaign.

Because of this, the country’s Discrimination Ombudsman (DO) found that the festival breached Sweden’s anti-discrimination laws by “discouraging a specific group of people from attending.”

The DO conducted its initial investigation in July — before the event occurred — after receiving a number of complaints, a majority of them from males.

The team responded to the investigation in a Facebook post on Monday expressing its disappointment. “It’s sad that what was a life-changing festival made a few cis men lose it completely,” wrote a representative. “The success of Statement Festival shows that this is exactly what we need.”

“The DO’s verdict doesn’t change this fact. Otherwise, we have no comments. We are too busy changing the world,” the festival’s backers concluded.

Women attend the Statement Festival in Gothenburg, Sweden, on Aug. 31, 2018.

“Clearly, we believe that sexual abuse, especially at festivals, is a serious problem,” she added. “So we are looking forward to trying to correct this.” she said in support of the festival.

“However, that shouldn’t happen in a way that violates the law, which their statements in the media and their website did,” she concluded.

Knyckare and her team were not penalized after the DO concluded this week that the festival’s restrictions neither affected or harmed anyone. Given the demographics of Statement Festival, no guest’s gender identity was assumed or questioned upon entry, meaning male visitors could technically attend.

In an interview with Festicket Magazine in January, Knyckare admitted she didn’t want the festival to become an annual event.

“I think the meaning of the festival is for it to be a one-off, or maybe open it up to all men,” she said. “I really hope we don’t have to do it anymore after that, and if we do, maybe we can allow men to come.”

When asked whether Statement Festival was a political statement or just a safe space for women, Knyckare revealed it was a “reaction” to sexual abuse and “more of a safe zone” than anything.

“We want to do a really big, nice and loud music festival that is safe for women, transgender and all non-binary people,” she said.

“It’s more of a safe zone where people can just hang out, drink beer and have fun without looking over their shoulders,” she added,

For men who asked to get involved, Knyckare said, “the most important thing is to react when you see people around you behave in a sexist way. They need to start talking about how big the problem is and why.”

“I think men in Sweden are now doing that more than ever before,” she concluded.

As of this writing, Statement Festival has not been confirmed for 2019.

— How do you feel about Statement Festival? Do you think Canada needs an event like this? Comment down below.