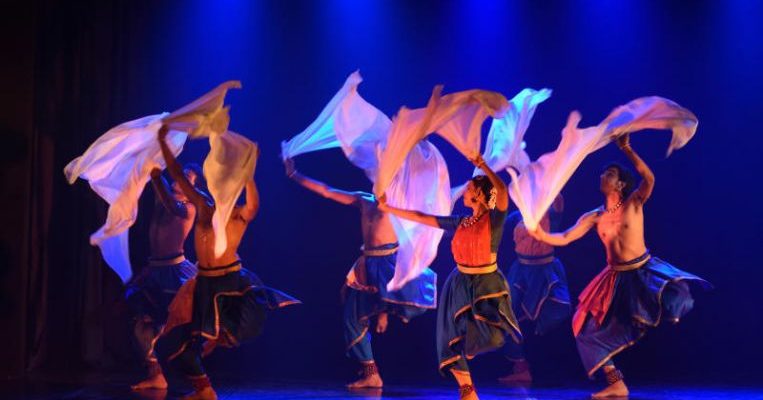 SINGAPORE – The role of women in society and the arts as well as their portrayal in classical myths come under the spotlight in this year’s Kalaa Utsavam – Indian Festival of Arts.

Presented by the Esplanade – Theatres on the Bay, the 17th edition of the annual event runs from Nov 16 to 25 and is sponsored by Singapore Press Holdings’ SPH Gift of Music.

Renowned Indian performer-director Sharanya Ramprakash will present two-hander Akshayambara, which explores the off-stage dynamics between a male and a female yakshagana performer. Yakshagana is a male-dominated dance-drama form.

The show runs on Nov 17 and 18 at the Esplanade Annexe Studio. It is performed in Kannada with English surtitles.

On Nov 17 at the Esplanade Recital Studio, Singaporean performer Sharul Channa’s one-woman English-language show, Disco Sheela And Other Indian Superwomen, casts a wry eye on the many duties of a modern woman.

Two other local productions, co-produced or produced by the Esplanade, recast mythical female figures still revered in contemporary Indian culture. Ganga – The Heavenly Princess, running on Nov 24 and 25 at the Esplanade Recital Studio, is a new play in English for children, based on the legend of the sacred river Ganga, originally the daughter of the mountain-king Himalaya.

And in Avant Theatre’s Parasu, a new Tamil play which presents the legend of axe-wielding warrior-sage Parasurama, Sita is no demure figure, but calls the angry hero to account. It runs on Nov 16 and 17 at the Esplanade Theatre Studio.

WHERE: Esplanade – Theatres On The Bay, 1 Esplanade Drive

The festival also presents top-notch exponents of Indian art forms, including string player Niladri Kumar, who plays the traditional sitar and its electronic form, the zitar, at the Esplanade Concert Hall on Nov 18.

Spanda Dance Company, helmed by well-known bharatanatyam choreographer Leela Samson, will present Nadi – The River at the Esplanade Theatre on Nov 24, a dance production inspired by ancient and contemporary poetry about India’s rivers.

A host of free programmes runs alongside ticketed productions, including shadow puppetry from Orissa, storytelling and performances of dance and song.

Ms Rajeswari Ramachandran, producer at The Esplanade Co, says the programme showcases the diversity of Indian art forms, both traditional and contemporary.

“We invite everyone to come and savour rich Indian heritage and be inspired by the works of these artists and stories,” she says.