It was once a prominent and bipartisan cause: the liberation of Afghan women from the tyranny of the Taliban.

These women were championed by an array of strange bedfellows: feminists like Eleanor Smeal, celebrities like Lily Tomlin and stalwarts of a conservative administration like Laura Bush and Dick Cheney.

In the early days of the invasion, the world heard vivid stories of the changes the war had brought. Women could walk freely outside their houses and put on makeup; girls could go to school. It was a narrative that helped buoy public support for the fight in Afghanistan and deflect criticism about American empire.

Nearly two decades later, Afghan women are all but invisible to an American public thoroughly weary of the war. The future of Afghan women was not on the American agenda for its peace talks with the Taliban — they have been limited to core security issues of terrorism and American military presence. And there is agreement among many Democratic presidential candidates about leaving Afghanistan. Elizabeth Warren, Kamala Harris, Kirsten Gillibrand and Amy Klobuchar joined male presidential hopefuls in voting against a Senate rebuke of President Trump’s plans for swift withdrawal from Afghanistan and Syria.

In 2004, Nasrine Gross, an Afghan women’s rights activist, was among those fighting to include a clause on women’s equality in Afghanistan’s Constitution. Today she wonders whether all the support she thought Afghan women had from America was just a fig leaf, a way to make military intervention more palatable to the American public via photographs of girls going to school.

“How angry I am, how anguished I am,” Ms. Gross said last month. She predicted an expansion of Taliban control and a return to past atrocities like stonings and whippings. “Where are these American women?”

It may seem that American priorities have changed and that past concerns for all the girls who couldn’t go to school simply dissipated as the war dragged on. But it’s also worth noting that years of well-publicized Taliban repression of women in Afghanistan did not prompt the American invasion; Sept. 11 did.

“You do things for people in order to get a permissive environment to help your military operation,” he said.

Still, many in the administration did support the idea of expanding rights for women, and the United States, along with European governments and nongovernmental organizations, allocated substantial aid toward that end.

The aid has made a real difference. In the 17 years since the invasion, education for girls has spread; today they make up about 40 percent of the country’s elementary school students and about 35 percent of its middle and high school students, according to the Feminist Majority Foundation, a Virginia-based organization led by Ms. Smeal that has been an advocate for Afghan women for more than two decades. Women now make up nearly a third of civil servants, according to the foundation, and have been encouraged to become police officers and judges. And a network of women’s shelters has been established across the country.

Yet very conservative attitudes prevail in many areas outside Kabul, the capital, and women who enter men’s worlds like law enforcement have often been attacked or threatened.

In the current peace talks, the United States wants a Taliban promise not to shelter terrorist groups like Al Qaeda in exchange for a military withdrawal. It is leaving other issues like women’s rights to separate talks, not yet even agreed to, between the Taliban and the Afghan government, which pledges to preserve women’s progress.

Signals from the Taliban have been discouraging. In interviews, diplomats speak about a group that seems emboldened. Mariam Safi, director of the Organization for Policy Research and Development Studies in Kabul, said she was told that during talks in Moscow with Afghans who are not part of the government, the Taliban said women could go to school and hold political office but not become judges or president. They regard the Constitution, with its commitment to women’s equality, as illegitimate and imposed by America.

Afghan women are speaking up, at home and abroad. They are insisting they be at the negotiating table during future talks; more than 700 gathered recently to urge that the peace they desire not come at their expense.

“The talks are behind closed doors — it’s not transparent,” said Sima Samar, chairwoman of the Afghanistan Independent Human Rights Commission. “We’ve heard nothing about the discussion of women. The Taliban keep saying we will give women rights based in Shariah. Women here are very, very worried and I think we are all united in saying we are not going back.”

Both Ms. Smeal and Mrs. Bush have continued to speak out about Afghan women over the years, but Ms. Smeal said the absence of women’s rights from the talks’ agenda so far has infused a new sense of urgency. “Now we’re all waking up to the problem,” she said.

Ms. Smeal said she was talking to members of Congress, bringing up the issue at the United Nations and trying to reignite bipartisan alarm, including signing a letter objecting to the withdrawal plans along with a scholar from the conservative American Enterprise Institute. Senator Jeanne Shaheen, Democrat of New Hampshire and the only woman on the Senate Foreign Relations Committee, was among several Democrats who wrote a letter urging that the Trump administration ensure that women’s rights are protected during withdrawal negotiations.

But neither the public nor the Trump administration seems to be listening — at least not so far.

Ms. Safi and Dr. Rubin pointed out that Afghan women have been victims of 40 years of war — killed during Taliban attacks and American and Afghan troops’ night raids or bombings.

Dr. Rubin believes a political settlement between the Afghan government and the Taliban is the only answer because the Taliban are not going away; he argues for a gradual withdrawal to ensure the Taliban live up to their commitments. “Don’t think the U.S. is going to protect you from your own fellow Afghans forever,” he said. “The best fight for women’s rights is not to wage wars that cost hundreds of billions of dollars. It’s not like war is good for women.”

Afghan women do, indeed, long for peace. But the Taliban’s track record leaves them wary, and they fear that the United States, like other great powers, sided with them only when convenient and is all too ready to abandon them when it is not. 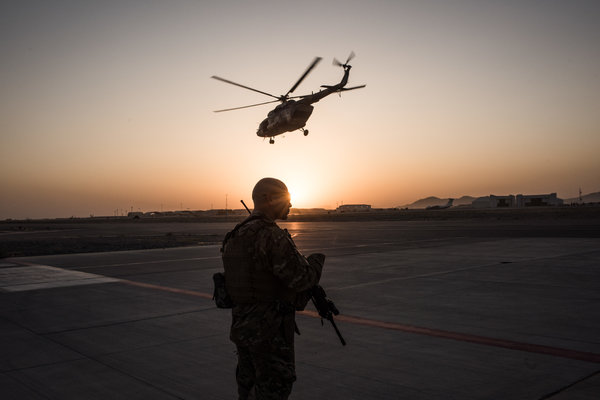 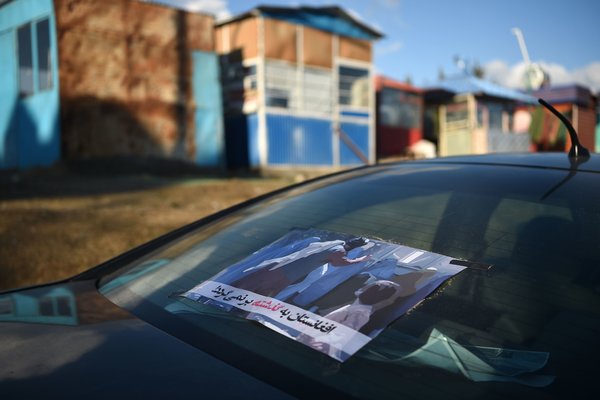 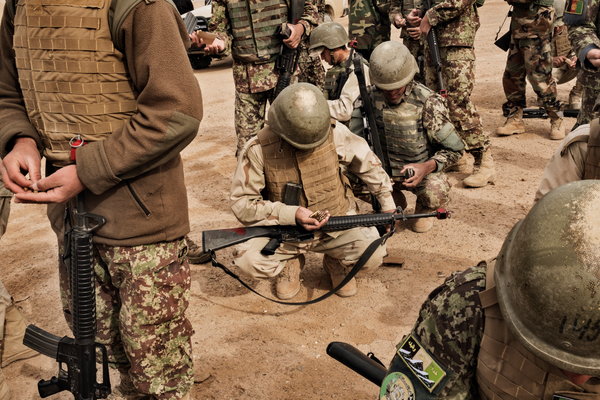 Susan Chira (@SusanChira) is a senior correspondent and editor covering gender issues and was part of a team that won a Pulitzer Prize in 2018 for public service for reporting on workplace sexual harassment issues.

Susan Chira is a senior correspondent and editor covering gender issues, and was part of a team that won a Pulitzer Prize in 2018 for public service for reporting on workplace sexual harassment issues. @SusanChira