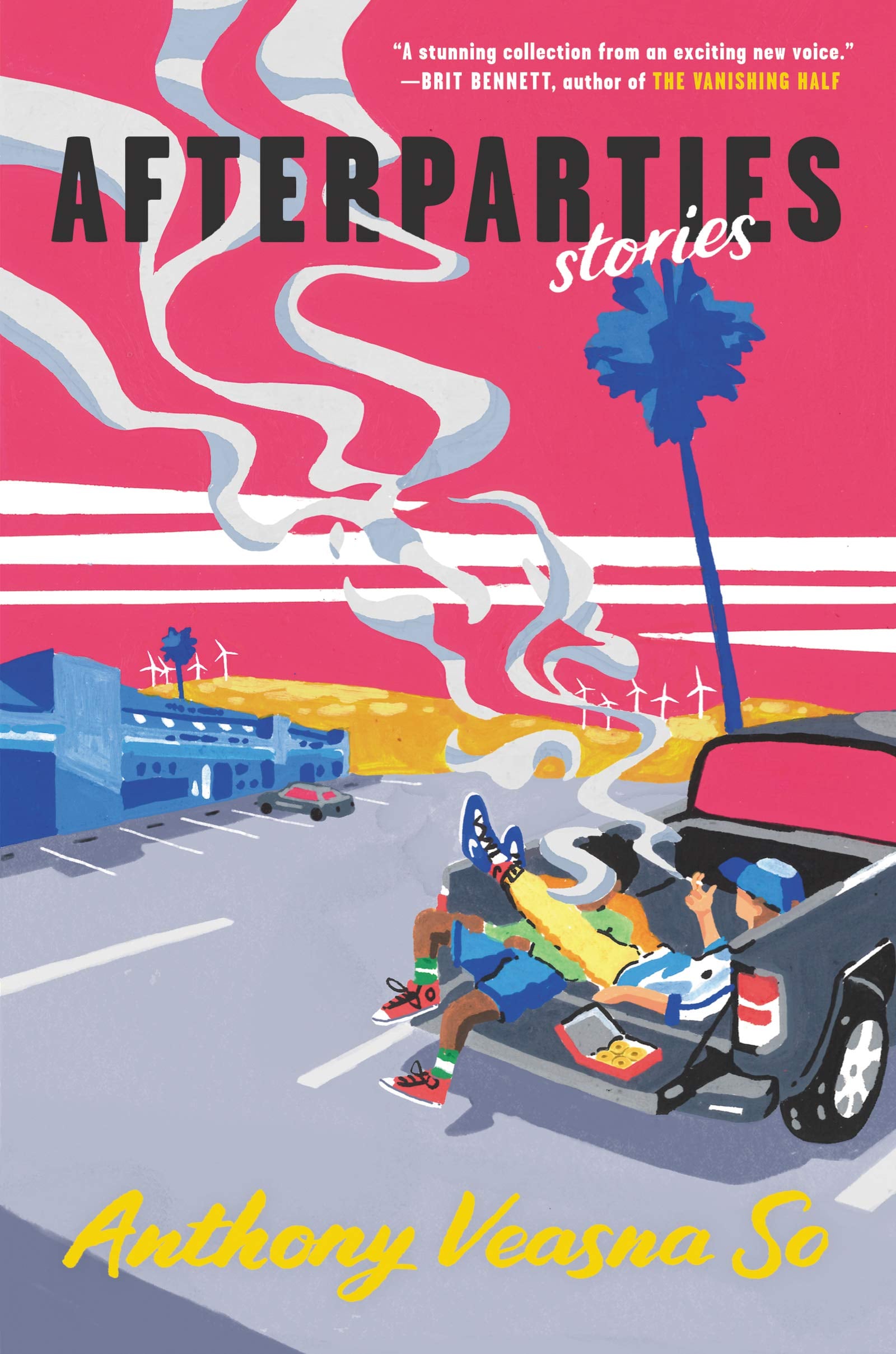 A mother reliving a school shooting for the sake of her young son. A washed-up high school badminton star stuck running his father’s grocery store. A young teacher disenchanted by his romantic prospects and the privileged high schoolers he teaches to be “socially conscious.” Each of these characters is Cambodian-American, from the same, unnamed central California city, and each struggles down intersecting plot arcs in Anthony Veasna So’s debut story collection, Afterparties, out Aug. 3.

The stories in this book simmer. Cultures intertwine and generations born on different continents struggle for mutual understanding, while running doughnut shops and car-repair businesses in a postrecession, Central Valley California community that pulses on the page. One standout story, “Maly, Maly, Maly,” opens with cousins Ves and Maly lounging in an open-doored truck, engine running, AC blasting, sulking while their extended family prepare a party for a newborn they believe is the reincarnation of Maly’s long-dead mother. “Here we are with the engine running for the AC, the doors wide open for our bare legs to spill out,” Ves says as the story opens. “Because this, right here, to survive the heat, this is all we have.”

Survival is a running theme through the nine subtly interconnected stories, which are populated by refugees who lived through the Cambodian genocide in the 1970s and their second-gen children. Characters stare death and generational trauma in the face, flinching, laughing, or just accepting. “Not helpful we got autogenocided,” one character deadpans. “It was a thing that was done to us, that’s all,” a father says in another story. “No use in crying when it already happened.” So never confronts the trauma directly, preferring instead to examine how the fallout filters down generations. The stories are full of aimless and exhausted young characters struggling to root their identities in something, anything else.

So died last December at the age of 28 while completing final edits for this collection, so when his characters bluntly confront death, as they often do, you can’t help but feel some dark prescience. His musings would capture the imagination regardless. “Maybe the younger you are, the more dying seems unexceptional,” thinks Serey, the aforementioned reincarnated mother who grew up to be a nurse in a dementia ward, struggling to live with the ghosts of a past that’s not hers. “What’s the difference between birth and death, anyway? Aren’t they just the opening and closing of worlds?”

This collection is studded with these quiet revelations, which come out of the minds of characters who are snarky, apathetic, and so wildly imperfect, you can’t help but love them. Afterparties explores these characters and their tight-knit community with empathy, heart, and wicked wit.

“Even now, so many decades later, I often return to that afternoon of ours, and then I look back on everything else that happened to us, and I think, how silly of me to see our pain as situated in time, confined to the past, contained within it . . . I was continually thrown, perhaps even upset, by your endless curiosity with the regime, the camps, the genocide . . . Through my frustration, my clenched teeth, I didn’t have the words to say those years were never the sole explanation of anything; that I’ve always considered the genocide to be the source of all our problems and none of them.”

If you’re reading this one for the 2021 POPSUGAR Reading Challenge, use it for these prompts:

Afterparties ($22, originally $28) by Anthony Veasna So is a darkly funny collection of interconnected short stories, all tied to a tight, central Californian community of Cambodian refugees. It confronts the lingering effects of genocide through second-generation characters who are also dealing with their own problems: romance, technology, apathy, and finding their place in the world. 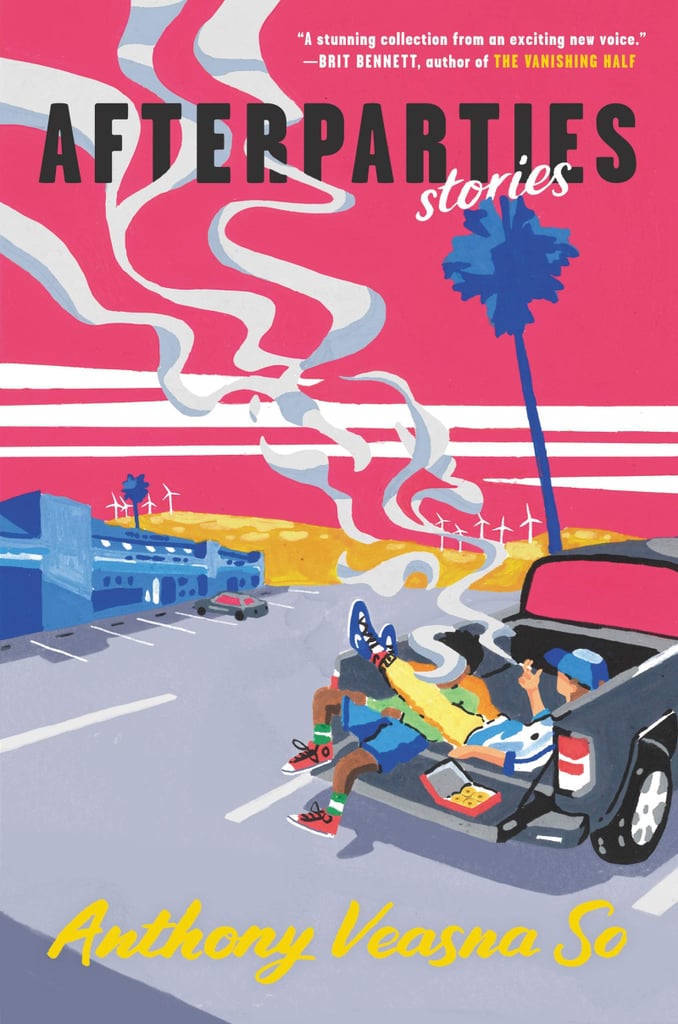