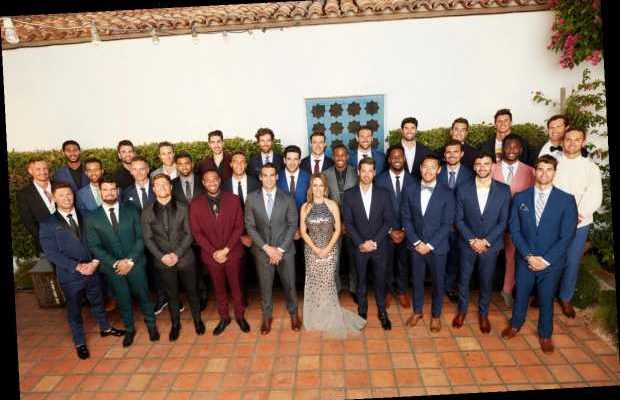 Clare Crawley’s journey as the Bachelorette is almost over, but will her rejected suitors have a chance to confront her … and Dale Moss? Here’s hoping!

From 1st Rose to Forever? Clare and Dale’s Relationship Timeline So Far

“We want to deliver [the Men Tell All] for everybody,” Chris Harrison told Entertainment Tonight on Wednesday, October 28. “I can’t promise anything, but we are desperately trying to pull something together.”

Harrison noted that ABC wants to hold the special, which usually airs before the finale, in person.

“We are trying to avoid the virtual world. If that’s what we have to do, maybe, but that’s not the best look,” he explained. “I’m looking at all these talk shows and honestly, most of them just don’t look good because of the way we’re trying to communicate now. It’s just better to be in person, but can we do that safely? We’re going to try and find out, so we’re efforting very, very strongly because if there was ever a season where we needed a Tell All, this is it. There’s a lot to tell all.”

The One? Everything Bachelorette Clare Crawley Has Said About Dale Moss

While Harrison didn’t commit to making the special, Robert Mills, the head of ABC’s Alternative Series, Specials & Late-Night Programming, told Nick Viall on his “Viall Files” podcast that the network is moving forward with Men Tell All plans.

Mills also gave the 40-year-old former Bachelor insight into when and why they decided to replace Clare, 39, with Tayshia Adams.

“Nothing ever comes easy to Clare. The one time she’s the Bachelorette, she would have been better off in that group setting,” he said referring to her instant connection with Moss, 32. “[We didn’t want it to just be] Dale from episode 1 to episode 10.”

Everything Clare Crawley Has Said About ‘The Bachelorette’ Switch-Up

He cited Clare not giving out a group date rose during Tuesday’s episode as the moment he knew. “When she didn’t give out that rose and she just gave it to herself, that was it. That was really it, when we started making the call [to replace her],” he said.

Mills noted that Clare and Dale’s relationship will be featured on the rest of season 16.

“Tayshia will be part of the season starting next week,” he said. “There is no point to show people in their honeymoon phase, it’s all good. … But [Clare and Dale] will be chronicled.”

The Bachelorette returns on ABC Thursday, November 5, at 8 p.m. ET.

Brits to gift 'experiences' over material gifts this Christmas
ENTERTAINMENT

Sasha Obama’s TikTok Dance Video Is Pure Joy & People Are Cheering
We and our partners use cookies on this site to improve our service, perform analytics, personalize advertising, measure advertising performance, and remember website preferences.Ok