Goodbye for now or for good? Carrie Ann Inaba announced she was leaving The Talk on Monday, April 26, exactly one month after CBS announced that cohost Sharon Osbourne will not be returning.

“Hi everyone, I wanted to let you know personally that I have decided to take a leave of absence from The Talk to focus on my wellbeing,” the Dancing With the Stars judge, 53, said in a video posted via Instagram. “I know you guys understand, health is the most important thing. So, I appreciate your support, I appreciate the love and support from The Talk family.”

‘The Talk’ Hosts Through the Years and Why They Left

Although she didn’t clarify when she plans to return, she ended her video with, “I hope to be back soon. Take care and I’ll keep you updated.” 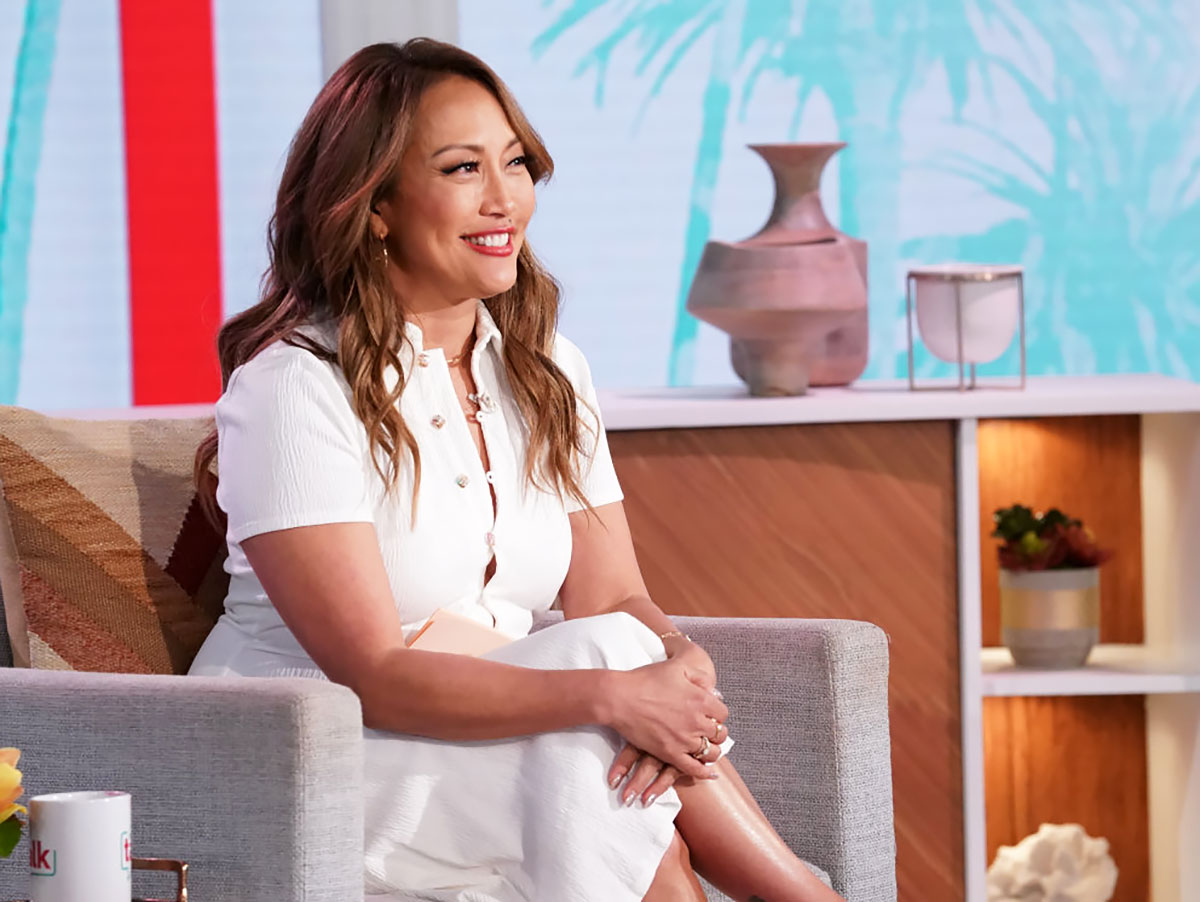 During Monday’s episode, cohost Sheryl Underwood addressed the news at the top of the show.

“Before we get started today, we’d like to let you all know at home, Carrie Ann is taking a leave of absence from the show to focus on her wellbeing,” the comedian, 57, said. “She appreciates the support from all of her fans and her family right here at The Talk. Carrie Ann, we miss you and we look forward to having you back with us soon.”

“Sjögren’s and other autoimmune conditions often come in pairs. I also have fibromyalgia and rheumatoid arthritis,” Inaba told MedLine Plus magazine in 2020. “And just last year I found out that I also had lupus.”

At the time, she noted that it’s not only important to keep a positive attitude, but it’s also crucial to be realistic.

“My natural tendency is to be a Type A personality. So I feel badly when I’m not able to accomplish much on a down day. But I have learned to be more relaxed and I’m much happier for it,” the choreographer said at the time. “I also have an online project called Carrie Ann Conversations. I share my insights on how to live a good life in general and for those with conditions like Sjögren’s. I try to bring positivity to others. I have found that when you give back to others and create a sense of community, you will feel less alone and more positive in everything you do.”

The In Living Color alum’s exit is just the latest change at the CBS talk show. Osbourne, 68, exited last month following controversial comments that landed her in a heated exchange with her cohosts. During the March 10 episode, the former reality star defended host Piers Morgan after he received backlash for stating he didn’t believe Meghan Markle and Prince Harry‘s claims about experiencing racism in the palace. Underwood then told Osbourne during the episode that supporting him meant she was giving him “validation.”

Sharon Osbourne’s ‘The Talk’ Drama: Everything We Know

The network then launched an internal investigation, during which former cohosts Leah Remini and Holly Robinson Peete came forward with claims that they had heard the America’s Got Talent alum use racial slurs — allegations she denied.

In her first TV interview following her exit, Osbourne told Bill Maher that she’s “angry” and “hurt” about the entire situation. “I’ve been called so many things in my life, but a racist is one thing I will not take,” the author said on the April 16 episode of Real Time With Bill Maher, adding that she’s “never ever” used a slur. “They’re not in my vocabulary.”