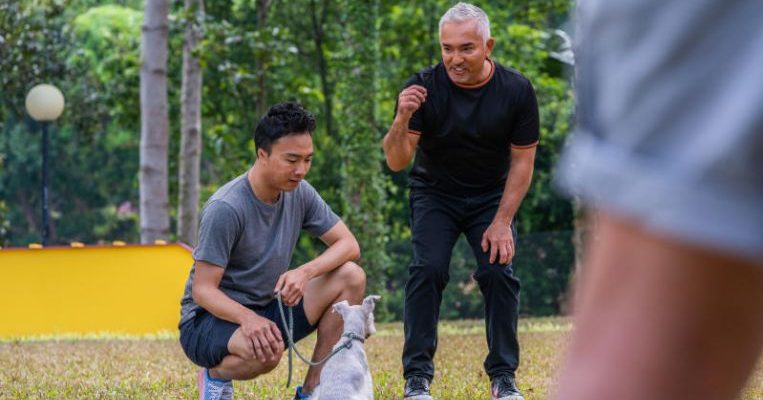 SINGAPORE (THE NEW PAPER) – The Platinium Dogs Club dog abuse saga may have outraged many Singaporeans when it came to light in January.

But to celebrity Mexican-American dog behaviourist Cesar Millan, better known as the Dog Whisperer, instances of pet negligence are so common that his face was devoid of emotion when told about it.

The operator of the local pet boarding facility has been arrested for alleged animal welfare offences following complaints of mistreatment by dog owners who used its services.

A Shetland sheepdog reported missing from Platinium Dogs Club died while boarded there and was cremated by a pet cremation service provider without the approval or knowledge of its owner, according to the Agri-Food and Veterinary Authority’s investigations.

Millan, 49, told The New Paper in an interview: “Do I feel bad about it? Of course, it’s sad… It does not shock or surprise me though, because unfortunately it happens a lot.”

He feels that, in theory, pet boarding facilities are “great” for both pets and owners alike – as long as they are “fun and mentally challenging, so the dogs don’t feel like going home”.

He said: “Being housed with other dogs isn’t bad for the dog, but the professionals must be really good. They must be calm, fun, understand its diet and see signs of the dog missing their human or activities because its lifestyle is going to change.

“You cannot just put the dog in an enclosed space and watch it from outside a glass cage or something, or else it’s kidnap!” He added with a laugh: “The dog is in jail, a fancy jail!”

Millan added that pet negligence is preventable if society is educated about dogs’ needs from a young age.

“We have to start from a pre-school or elementary level, because educating grown-ups – who already have bad habits – is always hard. We need to be a world that focuses on being preventative, not intervention.”

Millan was in town last week to film the third season of dog trainer competition Cesar’s Recruit: Asia, which is presented by Subaru and slated to air in June on Subaru Asia’s YouTube channel.

The seven-part series features eight contestants from across Asia (including 28-year-old Christine Seah from Singapore) competing for the title of Cesar’s Asian Recruit and Subaru Ambassador. The winner will get the chance of a lifetime to tour with Millan in his live shows across Asia.

With more than 25 years of experience in the field, Millan has observed a growing trend of younger people choosing to raise “dog babies” instead of having their own children, partly due to them marrying and having kids later in life, or not at all.

He welcomes and supports such personal choices, but cautions these dog owners against constantly coddling their pets as one would their own child, and to know when to discipline their furkids.

Millan insists it is important to establish rules, boundaries and limitations, adding: “When the dog becomes the human’s child, the dog may learn to jump on people to express affection. The dog thinks – because my human lets me jump on them – it is okay for me to jump on strangers in a public space, but not everyone likes that.”