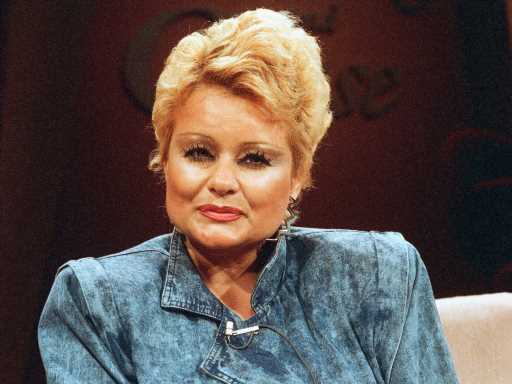 There are some figures in history we had no idea led lives that were so fascinating and dramatic until they hit the big screen. For a new generation of audiences, they’re about to learn who Tammy Faye Bakker (née LaValley, now Messner) was, and the rise and fall of the opulent life of the televangelist in the ‘70s and ‘80s.

The forthcoming film, The Eyes of Tammy Faye, stars Jessica Chastain in the titular role, chronicling Bakker’s life — and what a life it was! Tammy Faye Bakker’s story really gets interesting with her marriage to Jim Bakker in 1961. From there, the couple began evangelizing their Christian message across the country, founding The 700 Club and eventually landing their own show: The PTL Club. (PTL standing for Praise the Lord.)

After more than a decade of The PTL Club, the show and empire the Bakker family built began to crumble. They lost control to PTL in 1987, after it was discovered that roughly $287,000 from the organization was paid to Jessica Hahn, who had accused Jim Bakker of raping her. The Bakkers were further scrutinized for their opulent lives, and PTL eventually went bankrupt amid the scandal. By 1992, Tammy Faye Bakker made the decision to divorce her incarcerated husband, Jim Bakker. She remarried and began her life anew.

Now, that’s a lot to pack into a roughly two-hour biopic. But with the film’s release on September 17, 2021, we’ll finally get a glimpse into The Eyes of Tammy Faye. See photos of the real woman Oscar-nominated actress Jessica Chastain plays in the biopic.