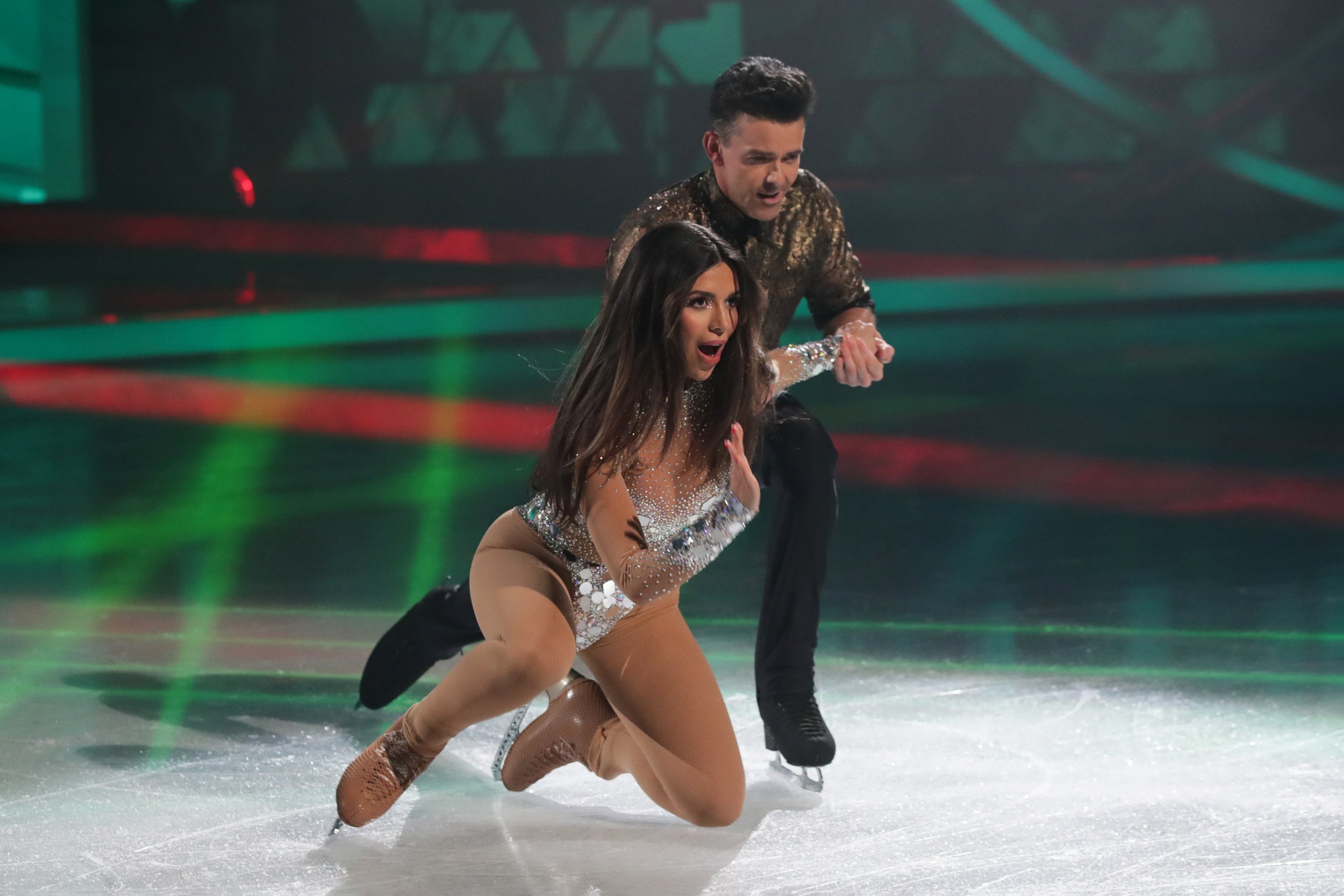 Dancing On Ice ended with a shock tonight as reality TV favourite Ekin-Su Culculoglu found herself in the dreaded skate-off.

The Love Island star dazzled the judges and viewers with her sexy performance to Britney Spears’ Toxic, having been partnered up with American professional skater Brendyn Hatfield.

Their routine fared pretty well with judges Ashley Banjo, Oti Mabuse, Christopher Dean and Jayne Torvill, who scored them at 21.5.

However, it wasn’t enough to impress the majority of viewers as Ekin-Su, 28, received the fewest votes and therefore landed in the bottom two.

Brendyn, 36, teased what to expect next week when they perform in the skate-off, adding: ‘Just confidence, we can add a little bit more to our skate-off and just make it the strongest version we can.’

Kiss goodbye to your social life as Love Island is back for its Winter 2023 series.

Get all the latest Love Island updates on Metro.co.uk‘s dedicated page.

Ekin-Su fought back tears and said: ‘I’ve been really ill as well and I know it’s not an excuse but…’

She was supported by Holly who reminded her: ‘You’re a strong girl.’

It had been a strong performance from Ekin-Su and Brendyn, who glided across the ice to one of Britney’s biggest hits.

Whoever receives the fewest votes from the public and leaderboard will face Ekin-Su in the skate-off.

Dancing On Ice returns to ITV1 next Sunday at 6:30pm.