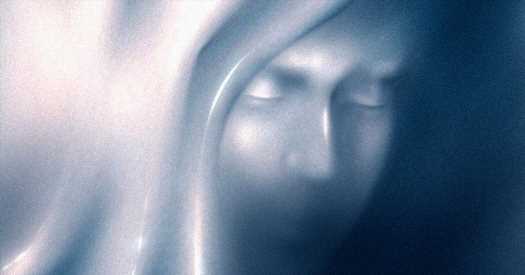 On Monday afternoon, before yet another mass shooting was reported in America, I finished “Blindness,” the 1995 novel by the Portuguese author José Saramago. I’d picked it up in preparation for a theatrical adaptation that is opening at the Daryl Roth Theater next month — what will be my first foray to a theater in what seems like ages. The novel had already been on my radar, ever since a friend described it to me with the word “disturbing” — or was it “distressing?” Either way, it sounded unforgettable and severe, and my ears immediately perked up.

In the book, the world suddenly, inexplicably succumbs to an epidemic of blindness and then society crumbles. The plot is full of gruesome atrocities: murder, rape, corpses torn apart by wild dogs.

This didn’t bother me much, given my morbid inclinations. But I focused less on the tactile descriptions of blood mixing with bodily waste and the odors of putrefaction than the language and philosophy. I’m a critic, after all, so when I set my gaze on tragedy, I break it apart and examine the pieces: What is this doing? How was this executed? What is the point?

While mining for meaning, I can generally trust the principle of “Chekhov’s gun,” that in a work of art, every object and character, every violent act and death, should serve some function. Even in the bleakest stories, there’s order and logic, perhaps even justice, if not in the realm of the story itself then at least in the artist’s imagination.

As a critic, though, I reach my limit with the fall of the curtain, the last word of my review. I may sprinkle a personal anecdote into my lead, or broaden my purview to talk about history and tradition, but ultimately I feel chained to the art. For me, there’s no way to critique the joys — and, most urgently, the tragedies — of real life.

A few hours after finishing “Blindness,” I had eaten a delicious dinner, watched some TV and danced around my apartment to my Spotify playlist. I was having a good night. Then I saw the news of a grocery store shooting in Boulder, Colo., not even a full week after the shootings in Atlanta. I was surprised by the wave of sorrow that overtook me. Of course, every shooting saddens me and makes me fear the mundane public spaces that could so quickly become sites of horror. But two mass shootings in a week, just as we are starting to see the light at the end of the Covid-19 tunnel, dragged me into a state of hopelessness.

Every day I’m thankful for the work I get to do. I am paid to watch, to think, to write. But this week, like so many others recently, it has felt pointless, even silly, to analyze fictional stories when real people are dying.

At this point, I’m used to seeing violence onstage. Just before the shutdown, I remember standing outside a theater with a friend after seeing “West Side Story,” firing off invective about the depiction of Anita’s assault by the Jets and the climactic battle between the gangs. I remember jumping at the callous industrial clangor of characters being executed onstage during the Druid company’s “Richard III” at Lincoln Center. The collective quiver and shrinking of the audience during the wrenching assault in “Our Dear Dead Drug Lord.” I can handle those experiences, however uncomfortable in the moment.

And onscreen too: Last year I wrote about movies that depict police brutality against Black people, which entailed watching death after death after death until I felt a grief that seemed too personal and penetrating for a few fictional stories. But I let criticism guide me out of that mourning; I put words to my reactions, uncovered meaning in the bullet shots, and I recovered from my own injury.

My critical faculty fails me now, as I contemplate the real world, where people are still dying from the pandemic, Asian-Americans are facing ever-present hate and a man with a gun can end the lives of grocery shoppers on a Monday afternoon.

The first thing I look for is the motive, as though I’m searching for a stage direction in the script of this tragedy, so I can say, “Ah, there’s the meaning of the violence. Here’s how it serves.”

For some people, the world brings them to art — the news leading them to a gallery or a stage. And for others, art brings them to the world, raising their awareness and shaping their ideas and politics. I’m one of the latter, and have built a shelter for myself in that space of remove. Through criticism, I also speak about politics and current events, which I can often otherwise blissfully avoid in my daily life.

But some days, when reality barges in, the art seems to be nothing but farce. And I’m part of the joke, considering plays about dead English kings or movies about men flying in capes. On the darkest days, what do I have to offer but notes on some fictional tragedy? What does art have to offer but a shadow of ourselves?

What to Know About Gun Laws and Shootings in the U.S.

Everything you need to know about sustainable seafood