With Mike Birbiglia making his Broadway debut, revisit one of his solo shows on Netflix. And Catherine Zeta-Jones stars in “Queen America.”

MIKE BIRBIGLIA: THANK GOD FOR JOKES on Netflix. The beginning of this solo performance finds the comedian Mike Birbiglia reflecting on the limits of his fame. “At some point this week, you told someone where you were going tonight,” he says. “And that person said, ‘Who?’” But since “Thank God for Jokes” had its debut, his notoriety has risen: His movie about improv comedy, “Don’t Think Twice,” brought his name to film audiences who missed his breakout movie, “Sleepwalk With Me,” in 2012. And now he’s making his Broadway debut with a solo show, “The New One,” based on his recent experiences as a father. “Thank God for Jokes” also carries a theme close to Birbiglia’s life experience: humor itself. In his review for The New York Times, Neil Genzlinger wrote that the show’s chief concerns are “what a joke is; the purposes of joke-telling; the limits, if any, on what to joke about and where.” But how the comedian investigates that isn’t always direct; Genzlinger also called the show “an indescribably ridiculous collection of anecdotes and asides that miraculously blend into a whole.”

THE BUREAU on Sundance Now. This arty French political espionage thriller follows agents of the French government both in the field and at home, all the while weaving in a heavy helping of romantic drama. “‘The Bureau’ is essentially a workplace drama with an art house aesthetic, set at an unusually exciting office,” Judy Berman wrote for The Times’s Watching website. The fourth season, which began in France last month, debuts on Wednesday night for American audiences via the Sundance Film Festival’s streaming service. 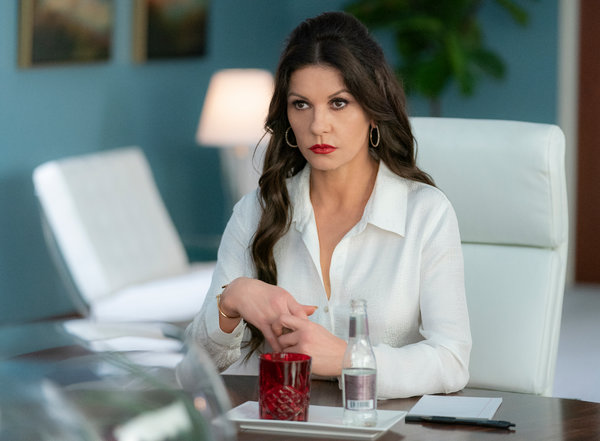 QUEEN AMERICA on Facebook Watch. With the recent dramas surrounding the real Miss America pageant — namely, its elimination of swimsuits and other changes leading to what has been described as internal turmoil — it may be difficult for the drama in this fictional black comedy series about beauty pageants to outdo real life. In the show, Catherine Zeta-Jones plays a merciless pageant coach from Tulsa, Okla., who is paired with an inexperienced beauty queen (Belle Shouse).

HARRY POTTER AND THE DEATHLY HALLOWS: PART 1 & PART 2 (2010 and 2011) 5 p.m. and 8:10 p.m. on USA. By their final installments, darkness had consumed the “Harry Potter” films. See the final two back-to-back in this double feature. “Childhood ends, this time forever, with tears and howls, swirls of smoke, the shock of mortality and bittersweet smiles,” Manohla Dargis wrote in her review of Part 2 for The Times. She called the film “deeply satisfying.”

SINKING CITIES 10 p.m. on PBS (check local listings). The final segment of PBS’s four-part climate change series focuses on Miami, where rising sea levels threaten to alter the landscape before the end of the century. The program looks at how engineers and city planners are preparing.