HOMECOMING: A FILM BY BEYONCÉ (2019) Stream on Netflix. After Beyoncé‘s headlining concert at the Coachella Valley Music and Arts Festival last year, Jon Caramanica’s review for The New York Times said that “there’s not likely to be a more meaningful, absorbing, forceful and radical performance by an American musician this year, or any year soon.” This documentary combines video of the concert with behind-the-scenes footage charting its conceptualization and realization. Caramanica noted that her performance, which included songs backed by a marching band in the style of historically black college football halftime shows, framed her music “ in a lineage of Southern black musical traditions from New Orleans second line marches to Houston’s chopped-and-screwed hip-hop.” Caramanica also noted that “her set was punctuated with fireworks that, compared with what was happening onstage, seemed dull.” 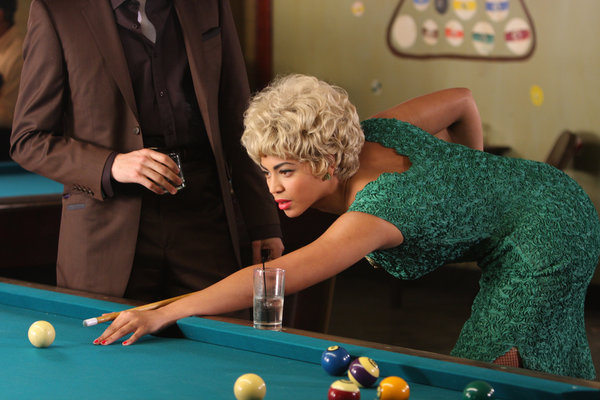 CADILLAC RECORDS (2008) Stream on Crackle; rent on Amazon, Google Play, iTunes, Vudu and YouTube. Also connecting Beyoncé to the progenitors of American music is this biographical drama, written and directed by Darnell Martin. The film tells a loose tale of the Chicago record executive Leonard Chess and some of the artists who recorded for Chess Records, with Jeffrey Wright as Muddy Waters, Adrien Brody as Chess and Beyoncé as Etta James. In his review for The Times, A. O. Scott called the film a “rollicking and insightful celebration of Chicago blues in its hectic golden age.”

BREAKTHROUGH: THE IDEAS THAT CHANGED THE WORLD 10 p.m. on PBS (check local listings). PBS chose an excellent time to run this program about the telescope, just a week after a network of radio telescopes delivered the first image of a black hole straight from another galaxy. And it could hardly have found a more space-related actor/ narrator than Patrick Stewart (Captain Picard), who here walks viewers through the history of telescope technology and recent advancements. The episode begins PBS’s series “Breakthrough,” which focuses on inventions that altered the modern world. Later episodes, also narrated by Stewart, look at airplanes, robots, cars, rockets and smartphones.

SPY KIDS (2001) 8 p.m. on Nickelodeon. Good inventions can be used for nefarious deeds in the wrong hands. And villainous are the hands of Fegan Floop, the mastermind played by Alan Cumming in this espionage-for-kids movie, which introduced the evil, thumb-shaped Floop-owned robots known as Thumb-Thumbs. In hot pursuit of Floop are the mini-spies Carmen (Alexa PenaVega) and Juni (Daryl Sabara), stars of the show, who help save the world after their spy parents (Antonio Banderas and Carla Gugino) are captured. For a darker story about a child saddled with saving humanity for the adults, see the 2013 adaptation of Orson Scott Card’s ENDER’S GAME, at 11 p.m. on Syfy, with Asa Butterfield as the alien-fighting Ender.