Last year’s live-action Winnie the Pooh movie hits Netflix. And Sandra Bullock and Melissa McCarthy are buddy cops in “The Heat,” on FX.

CHRISTOPHER ROBIN (2018) Stream on Netflix; Rent on Amazon, Google Play, iTunes, Vudu and YouTube. The adult world is a soul-crushing trap in this live-action Winnie the Pooh tale, with Ewan McGregor as an adult Christopher Robin. It’s postwar Britain, and Christopher’s imagination has been flattened by the gears of professional life and World War II. After a particularly cruel work task forces him to miss a family outing, Christopher (or Mr. Robin, if you like) has a run-in with Pooh (voiced by Jim Cummings). That soft-spoken, honey-loving bear will remind many viewers of their childhoods, and that’s certainly the case with Christopher; he soon finds himself on an adventure that eventually involves the rest of the motley Hundred Acre Wood crew. In his review for The New York Times, Ben Kenigsberg wrote that once the movie “softens its insufferable, needlessly cynical conception of the title character, it offers more or less what a Pooh reboot should: a lot of nostalgia, a bit of humor (Brad Garrett’s vocal deadpanning as Eeyore is a standout) and tactile computer animation that, even for the effects-jaded, makes it look as if the actors are interacting with real stuffed animals.” 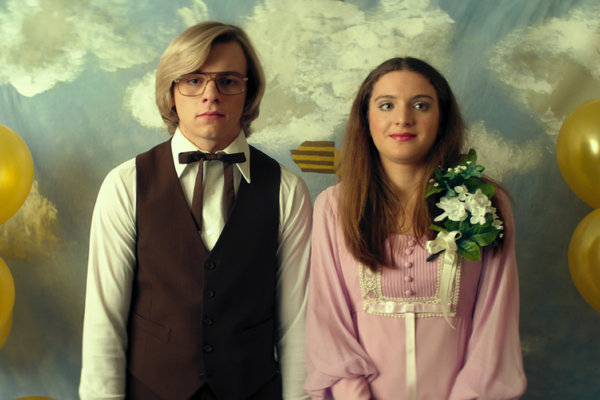 MY FRIEND DAHMER (2017) Stream on HBO platforms; Buy on Amazon, Google Play, iTunes, Vudu and YouTube. For a less charmed childhood, see Marc Meyers’s biographical drama about the early years of the serial killer Jeffrey Dahmer. Adapted from a memoir in graphic novel form by Derf Backderf, the film paints a visceral portrait of a killer coming of age in the mid-70s, with Ross Lynch as a high-school-aged Dahmer who joins a band of misfit nerds and leads them in mischievous acts. The “acting is excellent throughout,” Glenn Kenny wrote in his review for The Times, “and Ross Lynch in the role of Dahmer elicits genuine sympathy for an increasingly lost but not yet monstrous soul.”

INSPIRE THE NIGHT Stream on Red Bull TV. A workshop for female and L.G.B.T.Q. D.J.’s in Shanghai is the focus of the latest episode of this series, which explores night life worldwide. Other episodes, also available to stream, have covered the Brooklyn alternative late-night dance space House of Yes and a radically inclusive party collective in Brazil.

THE HEAT (2013) 5:30 p.m. on FX. Two mismatched cops with conflicting personalities? A high-stakes mission that brings them together? If you’re thinking “Lethal Weapon” or “Rush Hour,” you’re right. But that’s also the setup for this movie, which features two women — Sandra Bullock as an F.B.I. agent and Melissa McCarthy as a hothead detective — having fun with the oft-too-male buddy cop genre.

NBC NIGHTLY NEWS WITH LESTER HOLT 6:30 p.m. on NBC. In Wednesday’s edition of this news program, the investigative journalist Cynthia McFadden will report on the humanitarian crisis in the Central African Republic.