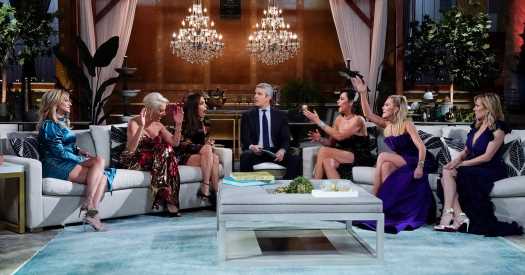 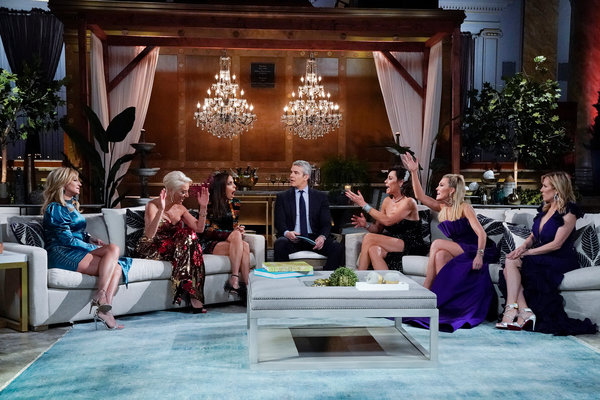 THE REAL HOUSEWIVES OF NEW YORK CITY 9 p.m. on Bravo. After 11 seasons of Bravo’s long-running reality franchise, you may have thought they would have run out of drama. But you would be wrong. This season has seen fan-favorites like Luann “The Countess” de Lesseps, Bethenny Frankel and Sonja Morgan bicker with one another and their newer counterparts, yelling about etiquette, money, lobsters and of course, the fashion label Jovani. In the second night of the reunion special, all six cast members sit down with Andy Cohen to discuss all the shade that was thrown this season, including rumors about Tinsley Mortimer’s financial situation, Dorinda Medley’s infamous “Fish Room” and Lesseps’s singing ability.

FORECAST: SHARK ATTACK 10 p.m. on National Geographic. Sharkfest, National Geographic’s week of shark programming, is in full swing. Viewers can take in educational programming as well as catch specials like “When Sharks Attack,” which revisits harrowing run-ins between humans and sharks. In this hourlong episode, a meteorologist and a biologist travel to the Bahamas to test out their theory that the weather can predict the likelihood of a shark attack. With help from the shark expert Greg Skomal, Joe Merchant trades chasing tornadoes for tracking down tiger sharks and bull sharks to see how they respond to changing wind patterns. If their theory is proved correct, they believe that scientists may be able to better predict shark attacks.

SECRET OBSESSION Stream on Netflix. Brenda Song stars in this psychological thriller as Jennifer, a woman who wakes up with amnesia after a car accident. Her doting husband, Russell (played by Mike Vogel), brings her to their secluded home in the woods, where she struggles to remember him and their life together. Soon, Jennifer grows suspicious of Russell and starts to unravel the chain of events that led up to her accident, and the real identity of the man who brought her home. Dennis Haysbert stars as the local detective trying to help Jennifer hunt down the truth. The show echoes some of the themes of obsession and stalking in “You,” which captivated the Netflix audience after making its debut on Lifetime.

DRESSING FUNNY WITH TAN FRANCE Stream on YouTube. Netflix’s “Queer Eye” returns on Friday, but if you just can’t wait to get your Fab Five fix, check out this short video series on Netflix’s comedy YouTube channel, Netflix Is a Joke. In each of the episodes, which are roughly 10 minutes long, the fashion guru Tan France meets up with comedians like Ali Wong and John Mulaney to refresh their wardrobe. France recently brought the “Saturday Night Live” alums Tina Fey and Rachel Dratch into his dressing suite to play around with Stella McCartney platform shoes and mom jeans. And on Thursday’s finale, he reunites with Pete Davidson, the comedian who France made over on an “S.N.L.” skit last March.