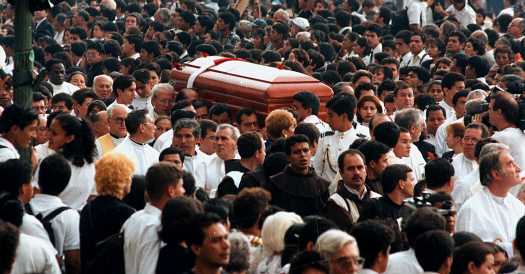 Between network, cable and streaming, the modern television landscape is a vast one. Here are some of the shows, specials and movies coming to TV this week, Dec. 14-20. Details and times are subject to change.

THE SHOT: RACE FOR THE VACCINE — A SPECIAL EDITION OF 20/20 10 p.m. on ABC. The recent rush of news regarding coronavirus vaccines has given some hope to a weary world. The process of getting here hasn’t been easy, to put it mildly, and there’s still an enormous amount of work to do. This special looks at the efforts by scientists and government officials to get a vaccine created and distributed in record speed. Its interview subjects include Dr. Anthony Fauci, the Food and Drug Administration commissioner Dr. Stephen Hahn and one of the chairs of President-elect Joseph R. Biden Jr.’s Covid-19 task force, the Yale professor Dr. Marcella Nunez-Smith. 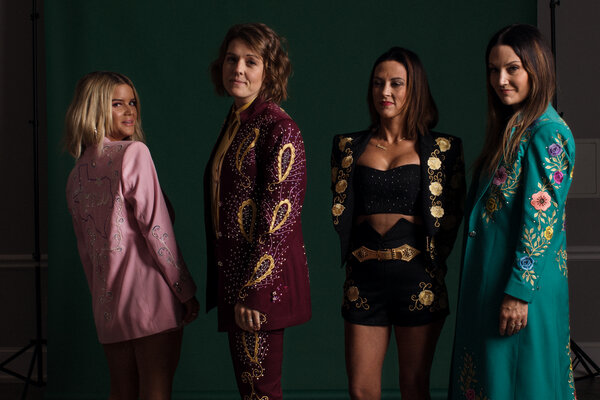 PLAY ON: CELEBRATING THE POWER OF MUSIC TO MAKE CHANGE 8 p.m. on CBS. A grab bag of musical acts including the Highwomen, Bruce Springsteen, John Legend and Sheryl Crow are set to perform in this benefit concert, which raises money for the NAACP Legal Defense and Educational Fund and the nonprofit WhyHunger. The variety of acts comes with a variety of venues: performances will be filmed at the Troubadour in Los Angeles, the Apollo Theater in New York and the Bluebird Cafe in Nashville.

THE ART OF POLITICAL MURDER (2020) 9 p.m. on HBO. This documentary from the British director Paul Taylor (“We Are Together”) investigates the killing of Juan José Gerardi, a Guatemalan bishop who was murdered in April 1998, days after he released results of an investigation into human rights abuses committed during the country’s decades-long civil war. The film is built around interviews with the investigators who worked on the case; it’s based on the book of the same name by Francisco Goldman.

MARNIE (1964) 10:15 p.m. on TCM. A year after Tippi Hedren broke out with her debut screen role in Alfred Hitchcock’s “The Birds,” she acted opposite Sean Connery in this Hitchcock thriller about a bad romance and sexual abuse. (The story was adapted from Winston Graham’s 1961 crime novel of the same name.) Connery was also a rising star: He’d broken out just couple years earlier, in “Dr. No.” Initial reception for “Marnie” was mixed. In his review for The Times, Eugene Archer took issue with most every aspect of it, including Connery and Hedren’s performances (“their inexperience shows”); Hitchcock’s direction (“the timing of key suspense scenes is sadly askew”); the set (“the most glaringly fake cardboard backdrops since Salvador Dalí designed the dream sequences for ‘Spellbound’”); and the script (“reduces this potent material to instant psychiatry — complete with a flashback ‘explanation scene’ harking back to vintage Joan Crawford and enough character exposition to stagger the most dedicated genealogist”). Still, some contemporary critics have been more kind to “Marnie” — including Richard Brody of The New Yorker, who has written that he considers it Hitchcock’s best film.

THE EQUALIZER 2 (2018) 5:30 p.m. on FX. The Times’s chief film critics Manohla Dargis and A.O. Scott recently released their list of the 25 greatest actors of the 21st century so far, and they placed Denzel Washington at the very top of the pack. Dargis wrote that Washington makes acting “look like breathing,” adding that he’s “played a lot of characters who embody law or criminality, and some who exist in the space dividing the two.” Washington’s character in “The Equalizer 2” falls into that second category. In the film — the most recent of several high body-count collaborations with the director Antoine Fuqua — Washington plays Robert McCall, a former military officer who gets pulled into vigilantism after a friend and former colleague is killed. In her review for The Times, Dargis wrote that the movie helps solidify Washington’s place in the pantheon of American screen actors like John Wayne, who played violently avenging heroes. “Like so many of the greatest American male stars,” she wrote, “violence becomes him.”

THE GENTLEMEN (2020) 8:05 p.m. on Showtime. It takes a very particular kind of director to helm a live-action “Aladdin” for Disney, then follow it up months later with a lavishly brutal crime caper. Guy Ritchie is that kind of director. In “The Gentlemen,” he casts Matthew McConaughey as a pot kingpin whose talk of retirement kicks up a power struggle. McConaughey is surrounded by a slate of other famous performers whose characters are bad actors, in the criminal sense: Hugh Grant, Charlie Hunnam, Jeremy Strong and Colin Farrell.

SHREK (2001) 7 p.m. on Syfy. The mostly young voters who participated in the 2002 Nickelodeon Kids’ Choice Awards had a difficult call to make: Was it Mike Myers, Cameron Diaz or Eddie Murphy who delivered the very finest vocal performance in “Shrek”? (All three were nominees for the “favorite voice from an animated movie” award, along with Billy Crystal for his role in “Monsters, Inc.”) The honor ultimately went to Murphy. Tune in Friday night to judge whether the kids made the right choice.

AMERICAN MASTERS: MAYA ANGELOU: AND STILL I RISE (2016) 8 p.m. on PBS (check local listings). The life of the poet, writer and civil rights activist Maya Angelou — also sometimes a performer, and more — is revisited in this documentary, which explores Angelou’s many talents. The film may be too broad for those already deeply familiar with her work, but newcomers diving into her prolific life will find a wide overview here. “This is a documentary interested in breadth rather than depth,” Ken Jaworowski wrote in his review for The Times, “and on those terms it succeeds.”

22ND ANNUAL A HOME FOR THE HOLIDAYS 9:30 p.m. on CBS. CBS’s annual foster care adoption benefit show will include several virtual adoption ceremonies this year. As usual, it will also include performances from many celebrities, including Josh Groban, Miranda Lambert, Meghan Trainor, Leslie Odom, Jr. and Andrea Bocelli. Gayle King will host.