GREEN BAY PACKERS VS. MINNESOTA VIKINGS 8:20 p.m. on NBC. One of the biggest rivalries in professional football comes to Sunday Night Football. Both teams have had mixed seasons so far and are each coming off losses. In their previous meeting, in September at Lambeau Field, they fought to a rare tie. With the season more than halfway gone, this showdown may determine the fate of both teams this year. The Packers’ star quarterback, Aaron Rodgers, will have to be in fine form to overcome the Vikings’ stout defense, while Dalvin Cook will look to bounce back from his injuries to reinvigorate the Vikings’ running game.

THE WALKING DEAD 9 p.m. on AMC. The long-running and much-loved series reaches its midseason finale. After learning from a recently awakened Rosita that Eugene is still stranded in the wilderness after their encounter with a strange group of walkers, Daryl and Jesus lead a small group to rescue him. But the risks of their mission are greater than they know — an unexpected threat may put the group in even greater danger than usual. These walkers are not the usual shuffling zombies. They communicate and seem to have a mission. 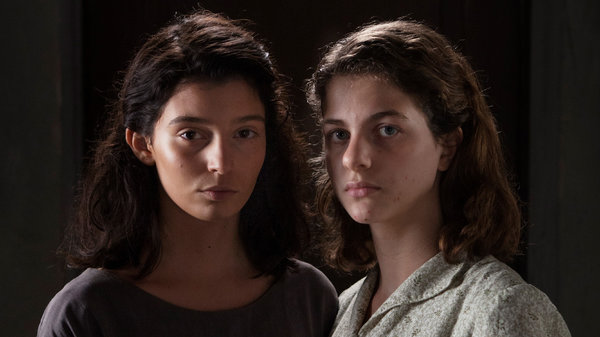 MY BRILLIANT FRIEND 9 p.m. on HBO. The adaptation of the celebrated novels by Elena Ferrante continues. Despite their bond, Elena and Lila’s paths diverge as Elena focuses on her studies and Lila works in her family’s cobbler shop, for which she begins to develop grand plans. Both young women must grapple with the onset of puberty, but here, too, their experiences differ. Lila begins to receive attention from several of the neighborhood’s boys, while Elena feels she remains invisible to them. Their interactions with the opposite sex take a turn when Lila, with characteristic verve, stands up to the sons of a local gangster.

LOVING PABLO on Amazon Prime. Penélope Cruz plays Virginia Vallejo, a journalist who had an affair with Pablo Escobar, the Colombian drug kingpin, in the 1980s. Javier Bardem, Ms. Cruz’s husband, portrays Escobar. The film traces their relationship from their first professional meeting to Ms. Vallejo’s realization that Escobar was not a simple Robin Hood figure. In the process, it offers an intimate look at Escobar’s life and provides key details about his relationships with politicians, rivals, business associates and his family.

DOWNSIZING on Hulu. Matt Damon stars as Paul in this sci-fi comedy about a man who chooses to be shrunk in order to live a life of luxury. The procedure is supposed to be a way to address overpopulation and global warming, but it is also increases the value of your money. Things don’t go as planned for Paul — his wife chooses not to be downsized and his finances are depleted by their divorce. It is not until he meets a woman who reveals the dark side of the procedure that he is able to turn things around and change his priorities.