EUPHORIA (2019) 10 p.m. on HBO. Drugs, sex, love and social media fuel this modern, anxiety-ridden teenage drama centered around Rue Bennet (Zendaya), a 17-year-old who is searching for connection after leaving rehab. Rue and her orbit of young friends and classmates struggle to find their identities and sense of purpose within a haze of substance-fueled parties, preparation for college and a hefty amount of family and personal trauma. Sam Levinson (“The Wizard of Lies”) wrote the eight episodes of the American adaptation of the Israeli series, which includes not only Zendaya, a former Disney Channel star, as the cast lead, but also Drake as an executive producer. The ensemble features Hunter Schafer, a model and actress, Maude Apatow (“Girls”), Nika King (“Greenleaf”) and Sydney Sweeney (“Sharp Objects"), among others. The typical coming-of-age narrative gets a fresh take with this frank and perceptive drama. 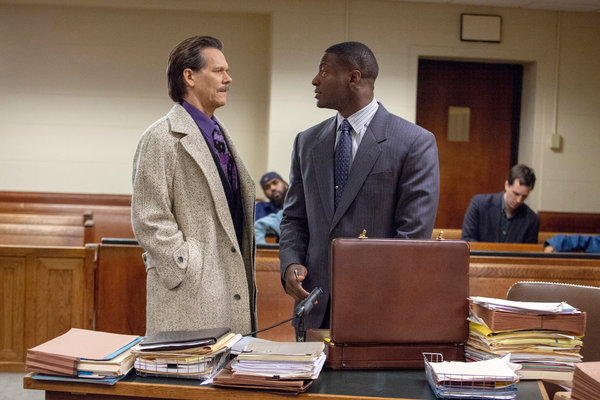 CITY ON A HILL (2019) 9 p.m. on Showtime. With 1990s Boston as the backdrop, this crime drama addresses the roles racism and corruption played in law enforcement. In order to take down a ring of armed car robbers, an unlikely alliance is formed between a revered yet corrupt veteran F.B.I. agent, Jackie Rohr, played by Kevin Bacon, and Decourcy Ward, the assistant district attorney, played by Aldis Hodge. Although the ten-episode series is fictionalized, the crime fighters’ unusual approach to subvert Boston’s criminal justice system mirrors the real-life change in police tactics that caused a steep decline of violence in the city in the late 1990s, known as the “Boston Miracle.” The show and the city are made larger-than-life with the help of a heavyweight cast that includes Michael O’Keefe, Jill Hennessy, Gloria Reuben and Kevin Dunn, and executive producers Ben Affleck and Matt Damon.

JAMESTOWN (2017) 10:30 p.m. on PBS (check local listings). In the third season of the historical drama created by the makers of “Downton Abbey,” three women who are a part of the first contingency of females in the English colony of Jamestown — Alice (Sophie Rundle), Verity (Niamh Walsh) and Jocelyn (Naomi Battrick) — continue to battle the wilderness of 17th century Virginia while dealing with the increasing corruption of settlers in the colony, whose greed begins to inflame tensions with the Native Americans nearby.

JO KOY: COMIN’ IN HOT (2019) Stream on Netflix. In his second Netflix special, Jo Koy brings to life the heart and humor of family traditions and the troubles of fatherhood with self-deprecating humor and a little bit of hula dancing. Occasionally audience members of the Neal S. Blaisdell Center in Honolulu — where the special was filmed — become the props of his jokes, but it’s mostly his Filipino family members that inspire his comedy, and most likely some embarrassment for his son.