A powerful yet tender movie about an unstable family is available on Netflix. And a reimagining of Olivia Newton-John’s life airs on Lifetime.

WE THE ANIMALS (2018) stream on Netflix. The documentarian Jeremiah Zagar adapts the 2011 novel by Justin Torres for his debut fiction feature, a dreamy, visceral coming-of-age story starring young nonprofessional actors. The tale is mostly seen through the eyes of Jonah (Evan Rosado), the youngest of three brothers who, as he inches toward 10, is growing up to be the more sensitive of the bunch. While his siblings start to take to their unpredictable father, Jonah breaks away into a fantasy world of his own and watches his parents’ volatile relationship with caution. Writing in The New York Times, Jeannette Catsoulis named the movie a Critic’s Pick and called it “fragile yet resilient.”

THE 40-YEAR-OLD VIRGIN (2005) stream on Netflix; rent on iTunes, Amazon, Google Play, Vudu or YouTube. In hindsight, this buddy comedy can come off as crass, outdated or juvenile. But it’s worth revisiting for its cast of rising stars and an endearing lead performance by a wide-eyed Steve Carell. 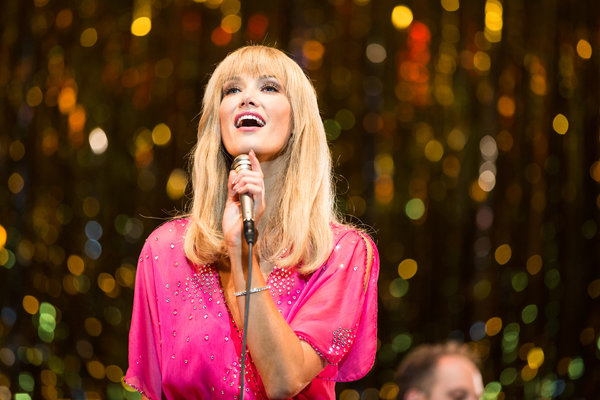 OLIVIA NEWTON-JOHN: HOPELESSLY DEVOTED TO YOU (2019) 8 p.m. on Lifetime. When rumors surfaced that Olivia Newton-John was on her deathbed last month after her third bout of breast cancer, the 70-year-old Australian singer took to social media to cheerfully disprove the hearsay. This new biopic celebrates her decades-long career and delves into her health battles and other personal dramas. A fitting Delta Goodrem, a fellow Aussie who has recorded duets with the “Grease” star, takes the lead role. The movie comes a month before the release of Newton-John’s memoir, “Don’t Stop Believin.’”

SUPERSOUL CONVERSATIONS 8 p.m. on OWN. Oprah Winfrey heads to Times Square for tough conversations with Beto O’Rourke, Michael B. Jordan, Bradley Cooper and others in this new special.

DEADPOOL 2 (2018) 8 p.m. on HBO; stream on HBO platforms. Ryan Reynolds reprises his role as a sardonic antihero in this Marvel sequel. The title character, whose real name is Wade Wilson, assembles a motley team of mutant heroes to save a young mutant (Julian Dennison) from the wrath of the half-bionic Cable (Josh Brolin). The jokes are witty — they will go over your head if you aren’t a DC or Marvel whiz — and the fight scenes are what superhero movies are made of. But the film “takes no real creative risks,” A. O. Scott wrote in his Times review. He adds: “What drives this franchise is the same force that drives so much culture and politics right now: the self-pity of a white man with a relentless need to be the center of attention.”

DYNASTIES 9 p.m. on BBC America. This impressive nature documentary series wraps up with what may be its cutest episode: a look at a colony of emperor penguins preparing to raise a new generation on the coast of Antarctica. (A scene where emperor chicks learn how to walk is just delightful.)