A coming-of-age tale debuts on HBO. And country music takes center stage in a new episode of “Austin City Limits.”

LOVE, SIMON (2018) 8 p.m. on HBO. Watch this teenage romantic comedy for a sweet take on being young, gay and confused. When a student anonymously comes out in an online gossip board, Simon (Nick Robinson), who’s also secretly gay, reaches out to him and forms a romantic connection. But when another student, Martin (Logan Miller), comes across their emails, he blackmails Simon and tries to persuade him to set him up with a female classmate. In the process, Simon lies to his best friends and family and risks losing the one person he’s ever fallen in love with. In his review for The New York Times, Glenn Kenny said the film boasts a “spectacularly charming cast.” He added: “The emotional resonance may be surprising given the movie’s relentless gloss, but it’s real.”

BORN TOUGH: INSIDE THE FORD FACTORY 10 p.m. on History. Discover how the popular line of Ford F-Series pickups are assembled in this one-hour special, straight from the Ford River Rouge Complex in Dearborn, Mich. Another auto special, TRUCK HUNTERS, leads in at 9.

AUSTIN CITY LIMITS 11 p.m. on PBS (check local listings). The country singer-songwriter Kacey Musgraves and the group Lukas Nelson & Promise of the Real, led by Willie Nelson’s son, perform live for this long-running concert series. Nelson’s band last released an album in 2017, but you may have heard them more recently backing Bradley Cooper’s character in “A Star is Born.”

SATURDAY NIGHT LIVE 11:30 p.m. on NBC. This week’s episode is hosted by the “Ray Donovan” star Liev Schreiber, who voices a supervillain in the upcoming animated film “Spider-Man: Into the Spider-Verse.” The rapper Lil Wayne performs songs off his long-awaited new album “Tha Carter V.” 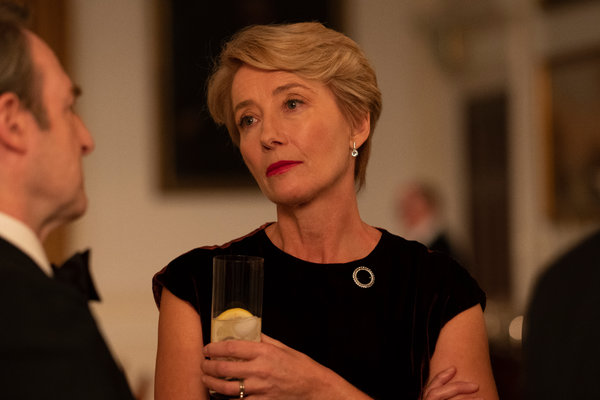 THE CHILDREN ACT (2018) on Amazon, Google Play and YouTube. Emma Thompson stars as Fiona, a British judge who must decide whether Adam (Fionn Whitehead), a teenager with leukemia, should receive a blood transfusion — a procedure he and his parents refuse on religious grounds. As Fiona grows closer to Adam and becomes consumed by his case, her marriage to her husband, Jack (Stanley Tucci), hangs by a thread. In his review for The Times, Ben Kenigsberg praised Thompson’s “beautifully internalized performance,” but said the drama, based on the novel by Ian McEwan, “punts on grappling with its ambiguities.”

BIG HERO 6 (2014) on iTunes, Amazon, Google Play, Hulu, Vudu and YouTube. A teenage prodigy (voiced by Ryan Potter) transforms his inflatable robot companion (Scott Adsit) into a formidable sidekick to save the city of San Fransokyo in this inventive superhero cartoon. Writing in The Times, Manohla Dargis said the film is “good enough to transcend its blah ending and to make the case that every superhero story should be entirely animated.”