A documentary on underground skating culture rolls onto HBO. And the first season of “Manifest” ends on NBC.

UNITED SKATES (2018) 8 p.m. on HBO; stream on HBO platforms. This illuminating documentary was born out of a visit to Central Park. The filmmakers Tina Brown and Dyana Winkler went to shoot a piece about the death of roller-skating culture and instead were introduced to a whole new side to the sport: a thriving community of black skaters who flock to rinks across the country in the dead of night. With the help of enthusiasts from different cities, the movie traces how the sport became a mainstay of black culture and sheds light on how, post-segregation, racism lives on within the rinks. “This is a passion project in the best sense of the word,” Teo Bugbee wrote in The New York Times, “a movie in which the ingenuity and dedication of the filmmakers illuminate the same qualities in their subjects.” 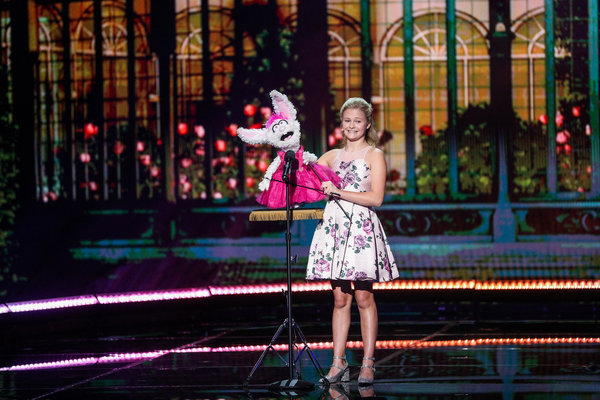 AMERICA’S GOT TALENT: THE CHAMPIONS 8 p.m. on NBC. Twelve final acts — including a magician, knife throwers and a sand artist — compete to be world champion in this season finale. Guest performer include members of Cirque du Soleil and the former contestants Jackie Evancho and the Voices of Hope Children’s Choir.

MANIFEST 10 p.m. on NBC. A colossal threat to the passengers’ safety hangs over this season finale, while tensions run high between Jared (J. R. Ramirez) and Zeke (Matt Long). This mystery drama, about a missing plane whose passengers discover supernatural powers when they return to Earth, has been likened to “Lost” and “The 4400,” but it has failed to leave a lasting impression.

WHAT THEY HAD (2018) stream on Amazon; rent on Amazon, Google Play, iTunes, Vudu or YouTube. When Ruth (Blythe Danner) goes out in the snow and boards a train in nothing but a coat and a nightgown, her daughter, Bridget (Hilary Swank), returns to Chicago from Los Angeles to confront Ruth’s dementia with her family. Her homecoming opens a weighty can of worms: Bridget’s brother, Nick (Michael Shannon), wants their father (Robert Forster) to put Ruth in a facility; Bridget begins to re-evaluate her marriage; and Nick opens up about his father’s flippant view of his business. The drama, Elizabeth Chomko’s debut feature, sounds familiar (see “Away From Her” or “Still Alice”), but critics have argued that the cast sets the movie apart.

THE OLDENHEIM TWELVE on Acorn TV. The entire first season of this Dutch thriller is available to stream. When 12 residents of a tight-knit village go missing one after another, the murky details surrounding their disappearances leads to delirium. Villagers wonder whether a serial killer is on the loose or if a supernatural force is behind the madness, and paranoia drives some to flee. Staying behind are a journalist (Noortje Herlaar) and a detective (Nasrdin Dchar) who try to uncover the truth.