A new documentary on HBO chronicles the baffling Theranos story. And a legal drama series begins on ABC.

THE INVENTOR: OUT FOR BLOOD IN SILICON VALLEY (2019) 9 p.m. on HBO; streaming on HBO platforms. After Elizabeth Holmes claimed that she had revolutionized personal health care with a breakthrough blood-testing technology, Inc. magazine hailed her as “the next Steve Jobs.” But an investigation by The Wall Street Journal revealed that no such technology existed, and that Holmes’s company, Theranos, had taken hundreds of millions of dollars from investors under false pretenses. (Holmes and Theranos’s former president were indicted on charges of conspiracy and wire fraud last year.) This new documentary from Alex Gibney (“Going Clear: Scientology & the Prison of Belief”) traces how Holmes was able to swindle high-profile investors and bamboozle the world to reach her dream of becoming “a billionaire.” 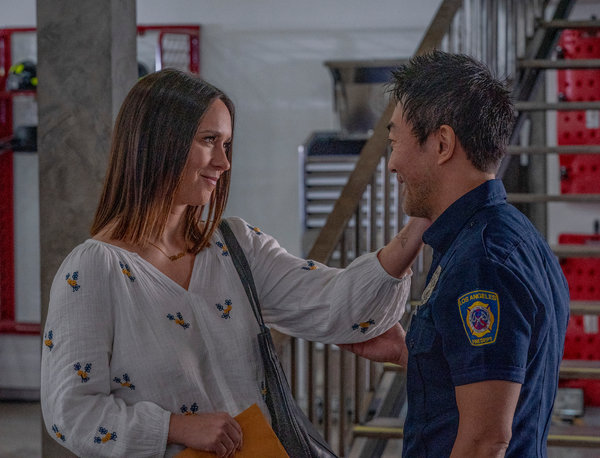 9-1-1 9 p.m. on Fox. Ryan Murphy’s procedural drama about a group of emergency responders in Los Angeles makes its midseason premiere. The crew receives a bizarre call about a man who was attacked by a tiger shark on a freeway, and a plastic surgeon’s office falls into disarray after a gas leak. And of course there’s the frothy drama outside of work: After taking their relationship to the next level, Athena (Angela Bassett) and Bobby (Peter Krause) reach another milestone, and Maddie (Jennifer Love Hewitt) tries to put her marriage behind her once and for all.

THE FIX 10 p.m. on ABC. Some have speculated that this new legal-drama series is based on the 1994 O. J. Simpson murder case. (One of the writers and executive producers of the show is Marcia Clark, who was the lead prosecutor on the Simpson trial.) Clark has said “The Fix” is not based on her experiences from that time, but it does bear some resemblance: A stone-faced Robin Tunney (“The Mentalist”) stars as Maya Davis, a district attorney who left Los Angeles for Washington after she lost a high-profile murder case involving an actor, Sevvy Johnson (Adewale Akinnuoye-Agbaje of “Lost”), who may or may not have killed his wife. Eight years later, Sevvy is suspected of murdering his girlfriend, and Maya is lured back to California for another chance to put him behind bars.

ASSASSINATION NATION (2018) Stream on Hulu; rent on Amazon, Google Play, Vudu or YouTube. Take the social issues that have rattled the United States in the past few years, throw in commentary on the detrimental effects of social media and add some references to President Trump, and you get “Assassination Nation.” This horror-comedy is set in a fictional town that goes haywire after an anonymous hacker exposes half of the residents’ dirty little secrets. “Often it feels like reading a Twitter thread of ideas and hashtags, rather than watching a movie,” Aisha Harris wrote in her review in The New York Times. Yet the final, vengeful act, she adds, “is aesthetically arresting.”